In 1948 the Council Minutes recorded a letter received by the Town Clerk from the RSPCA suggesting the council set aside a corner of a public park for the provision of a Pets' Cemetery.  In 1949 the layout for grave spaces was approved by the Council. 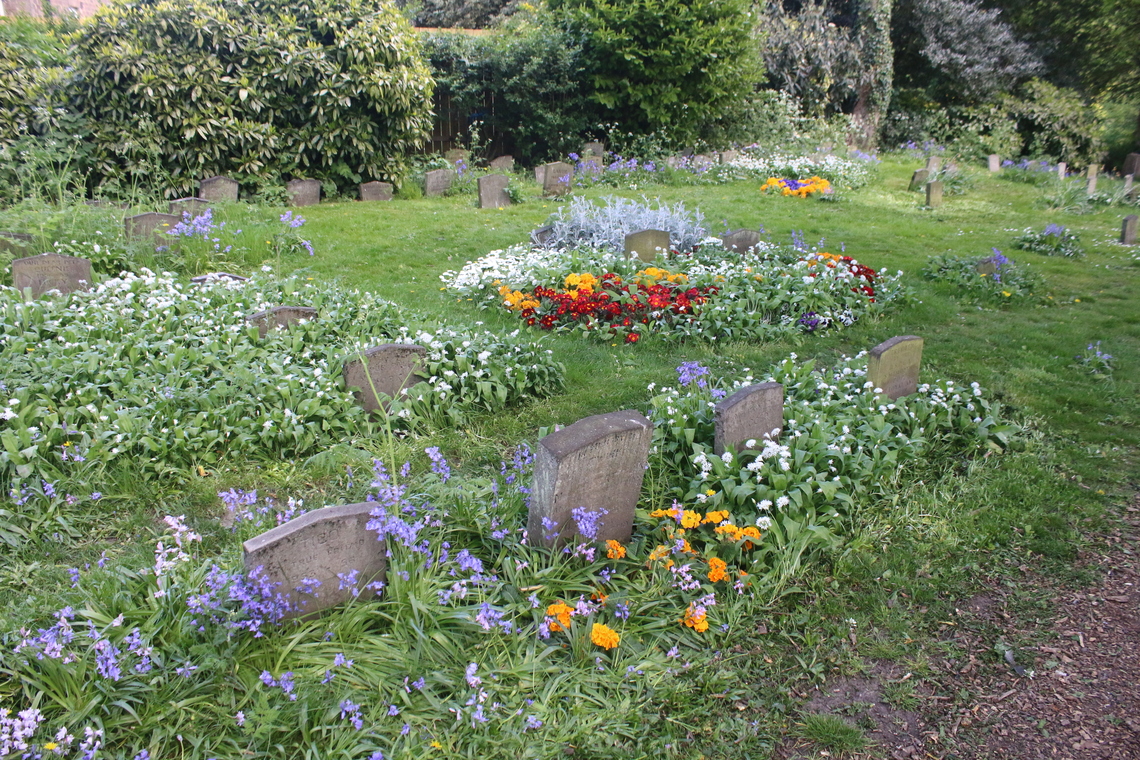 The RSPCA erected a tombstone for “Pop” an Alsatian that saved many lives in  Italy during the Second World War where he was used to detect landmines.  He was demobbed with leg wounds then was found dead at the foot of Cullercoats cliffs near his home in January 1949. 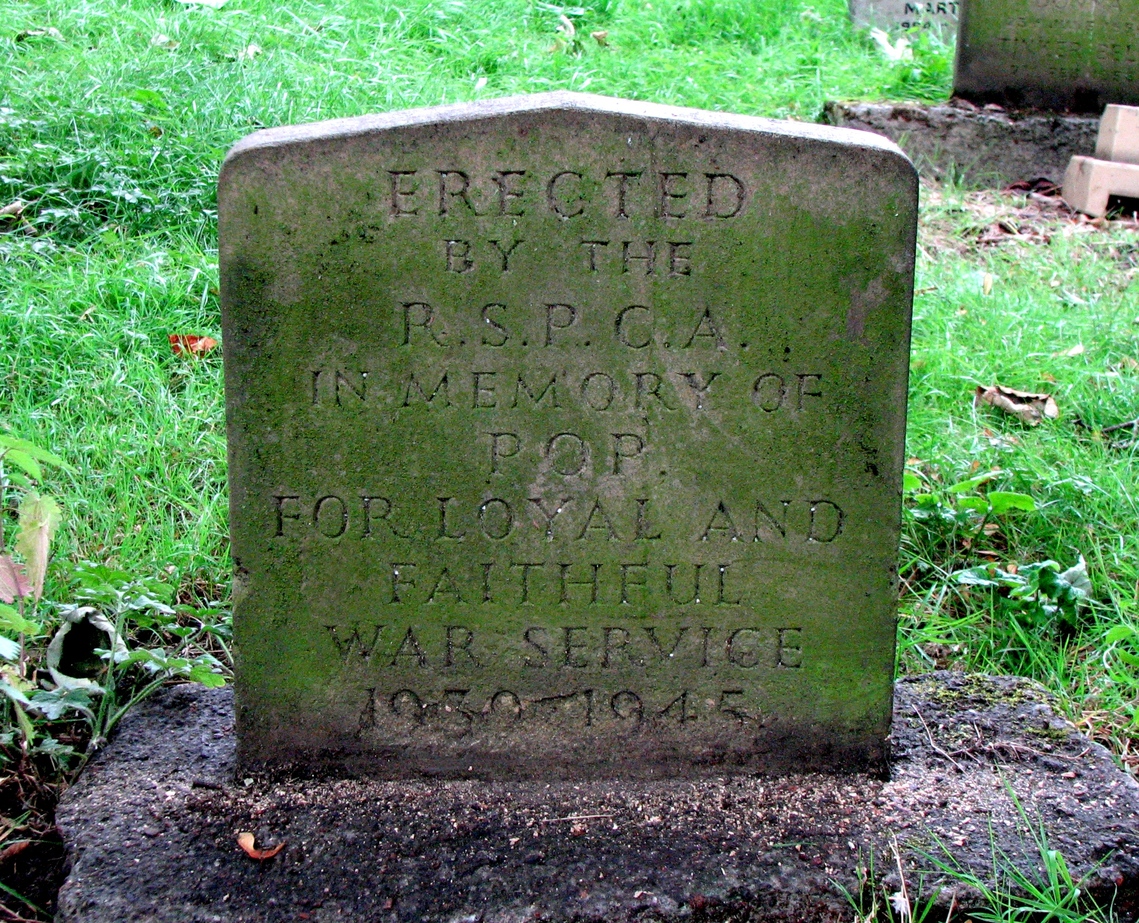 Next to his grave is “Nigger” a  Dunkirk veteran and mascot of a Mine Sweeper based at Albert Edward Dock, North Shields.   He was later adopted by the Dock Police and ended his days in Whitley Bay Dogs Home in December 1951.

It would appear that Trixie Fox was another war veteran, although we've been unable to unearth her story.  On the 29th May 1954 a deer fawn called Bambi wich had been cared for by the RSPCA was buried.

In February the cemetery is a mass of snowdrops.   Here, the grave of Prince Donnalley is blanketed in them.

The cemetery area is now full.