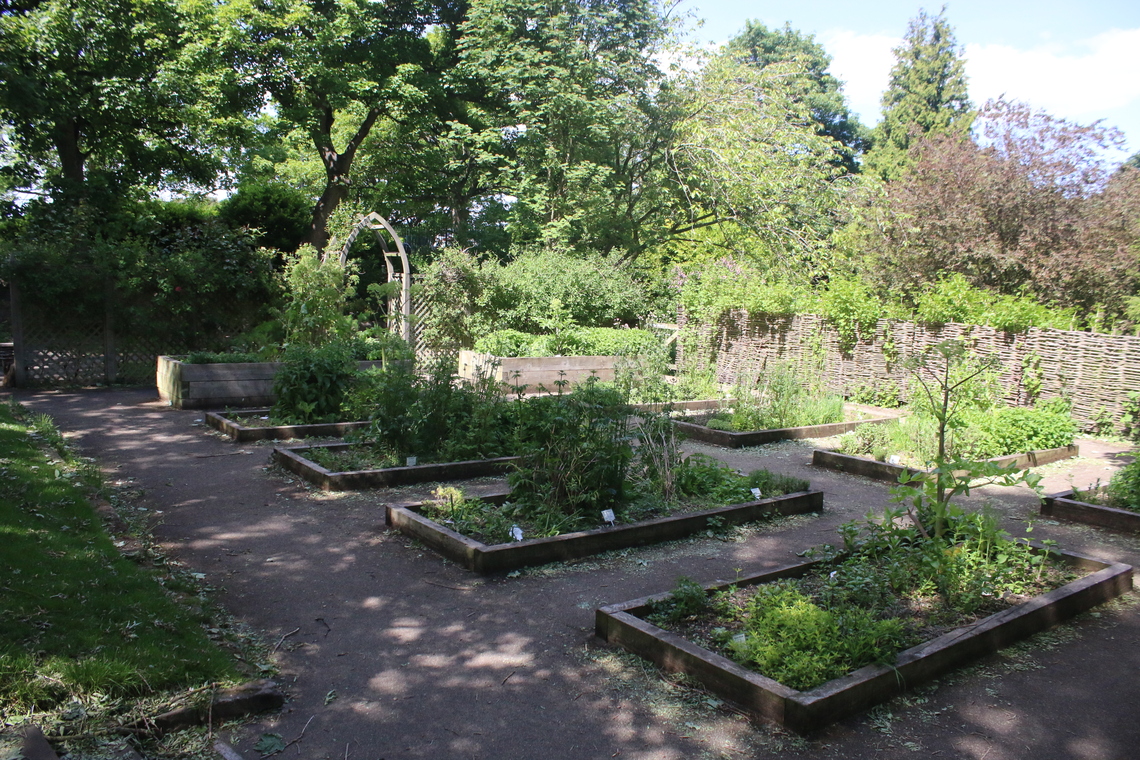 24th April 2014 - The steps into the Herb Garden were replaced and a birdbath created in the stone feature. 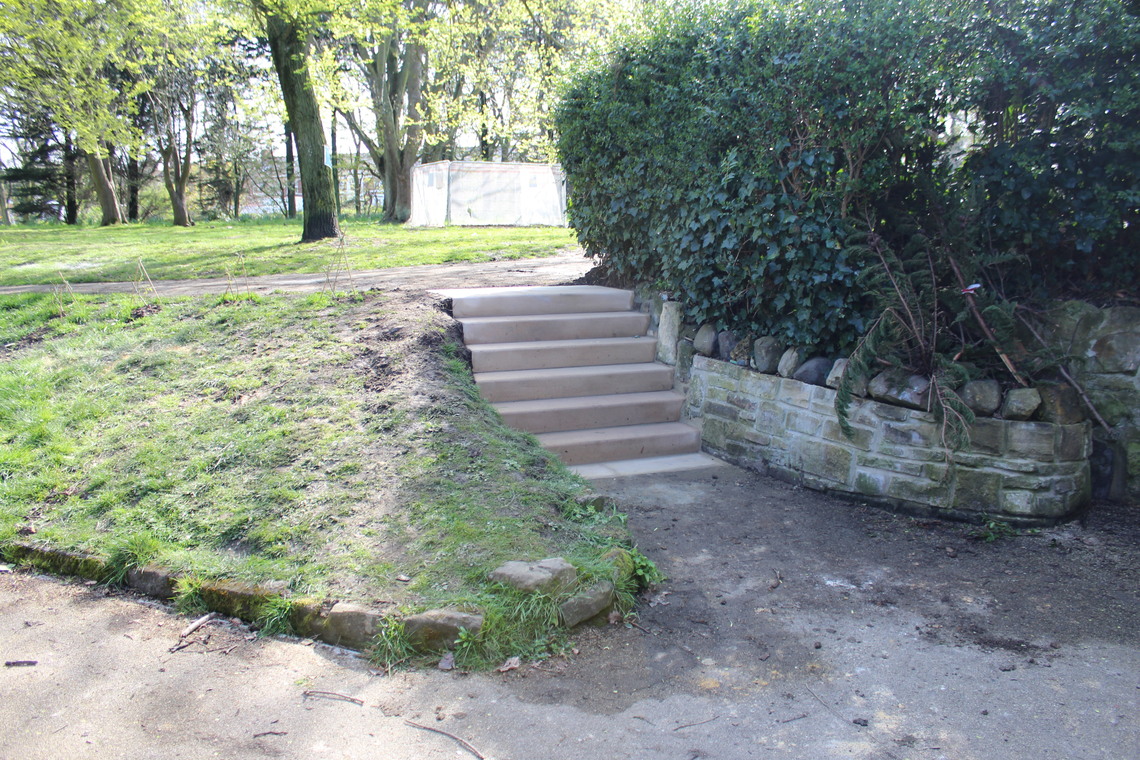 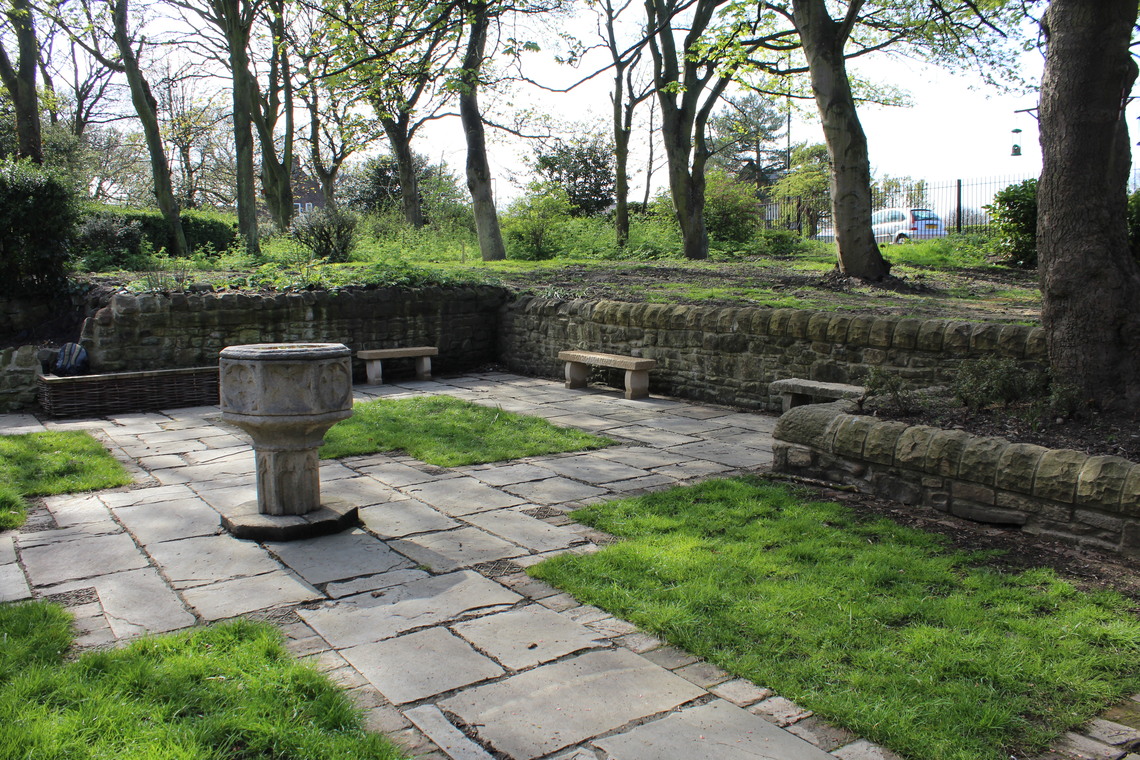 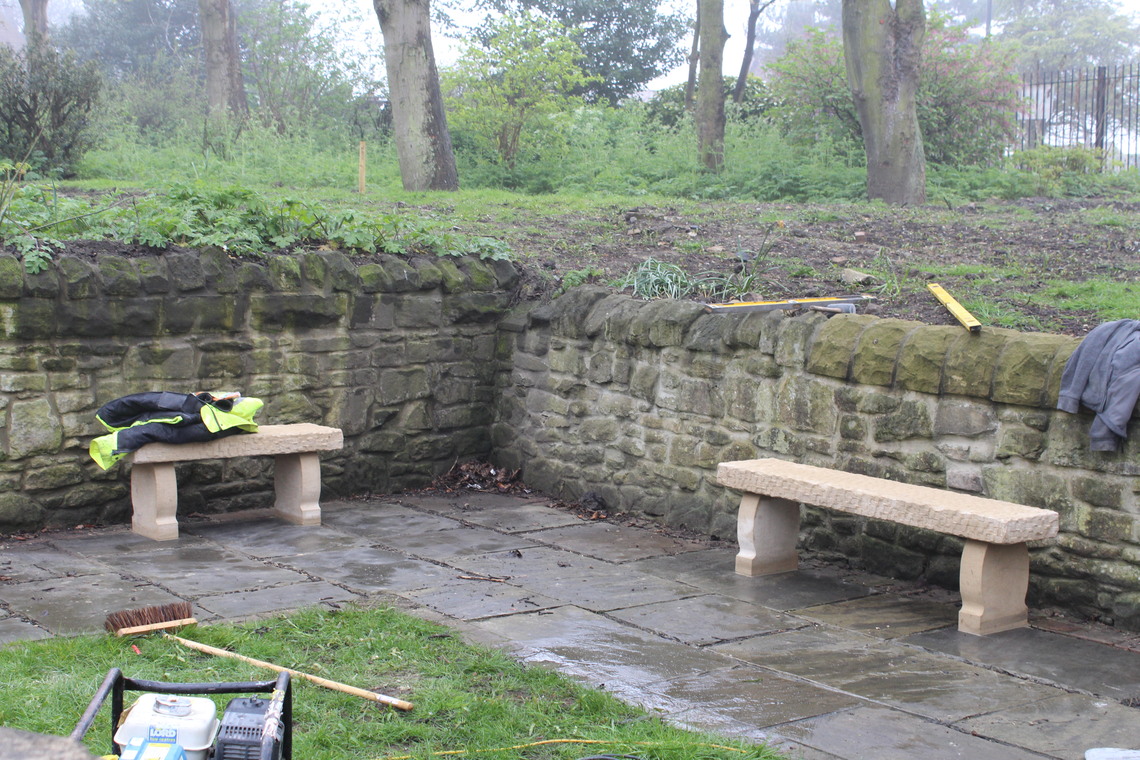 Work has now completed on our Medieval Herb Garden.  This is a re-creation of the one which could have been on the site in medieval times as an integral part of St Leonard’s hospital. It  measures 12 metres by 25 metres and will be partially enclosed with wattle fencing

There is a working garden area with raised beds for the medicinal plants. An adjoining area will be filled with roses, honeysuckle, lavender and other fragrant plants to provide a restful haven of tranquillity. There will also be camomile seats and lawns with a central stone ornament. The two sections are separated by oak trellising and a rose arch, covered with aromatic climbing plants.   Much of the planting will also encourage birds, bees and butterflies.

This very special garden has been funded by the SITA Trust

January 2013 - the site before work started 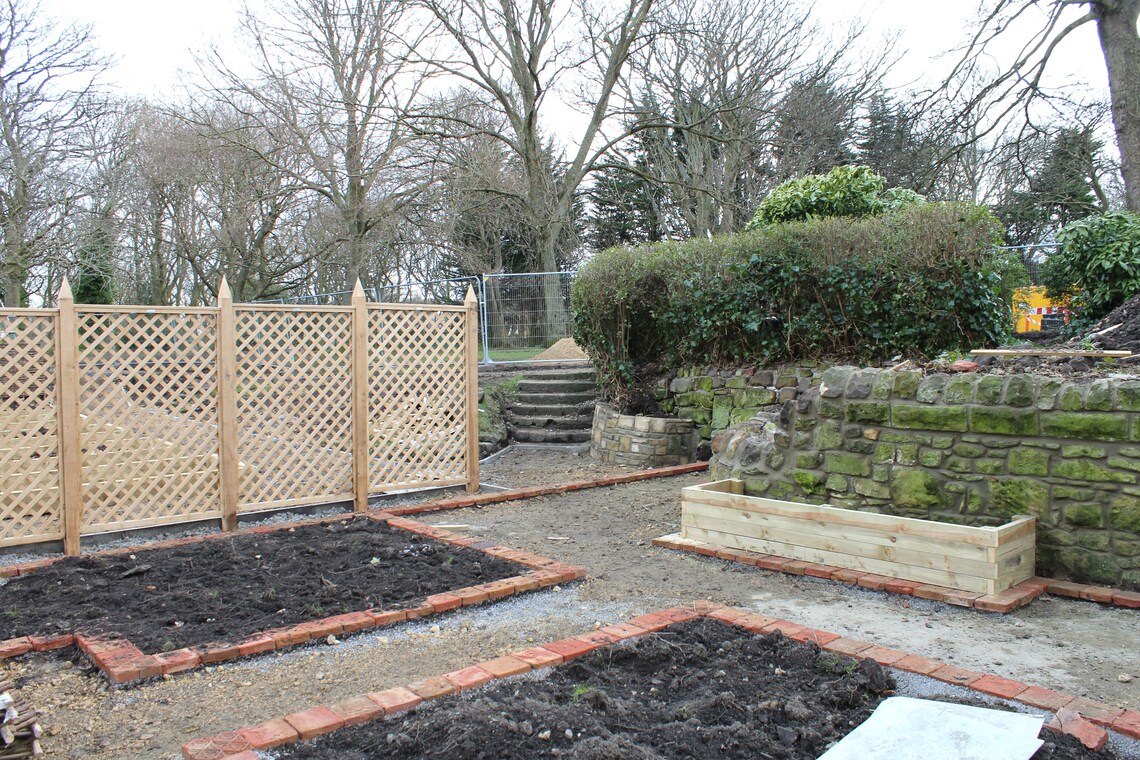 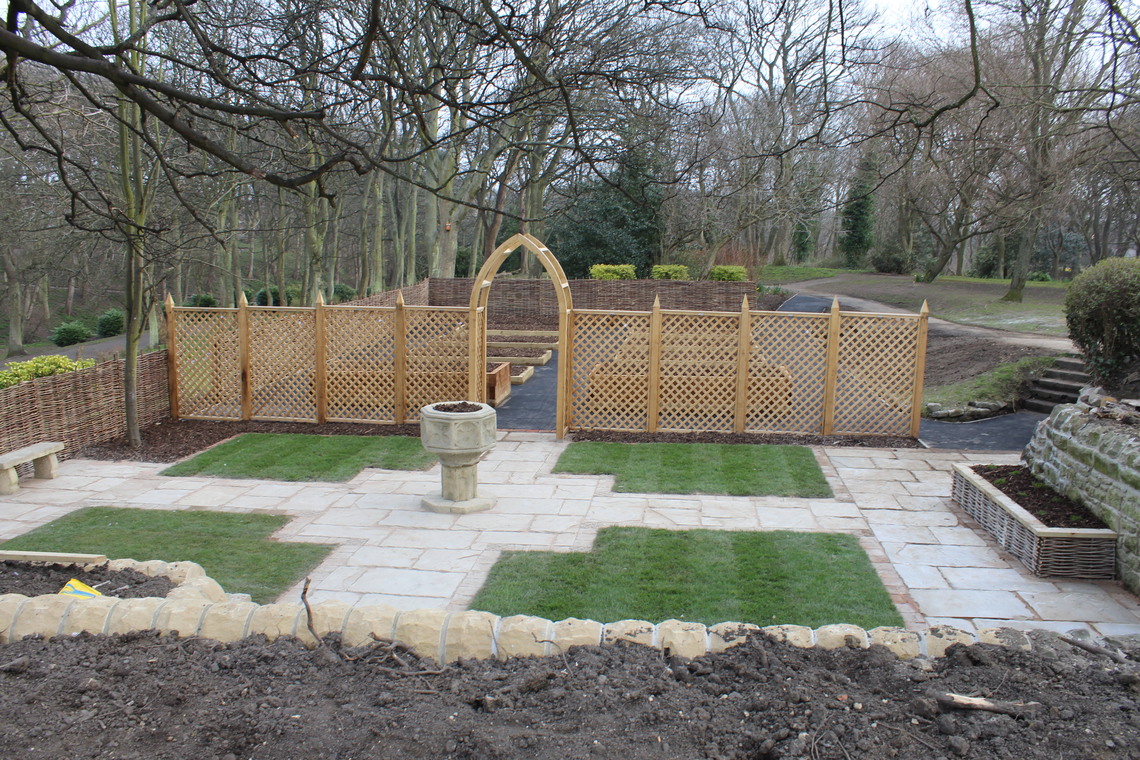 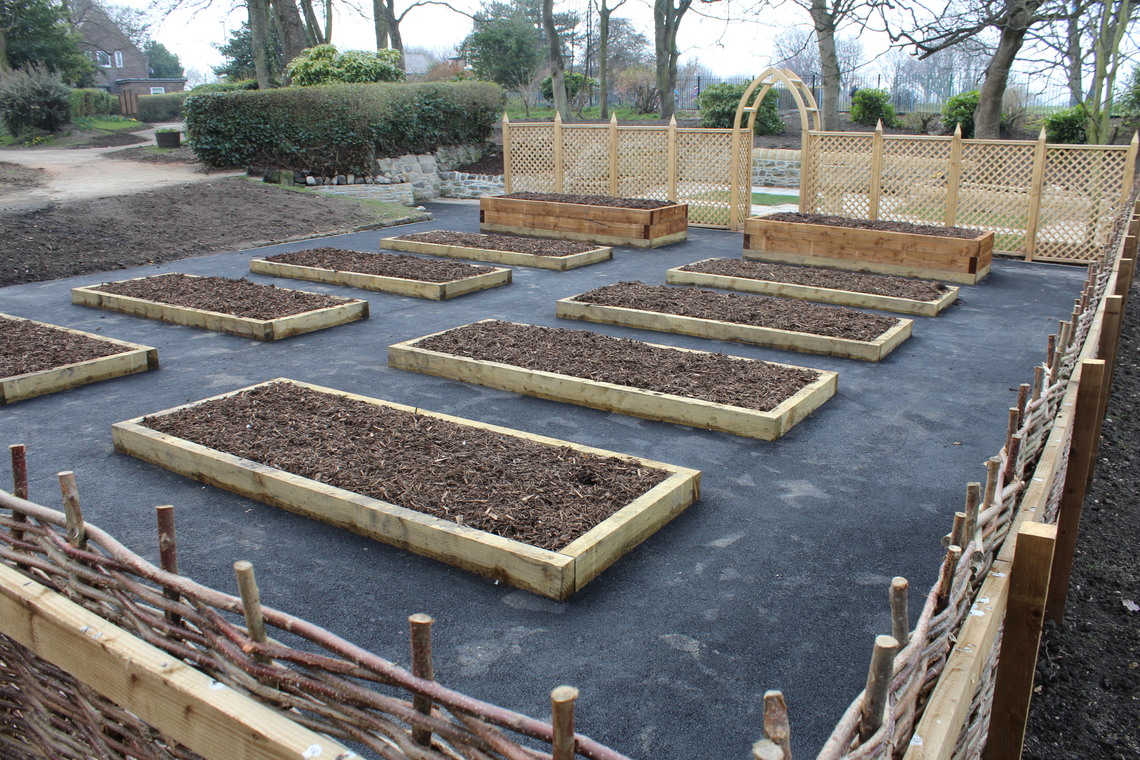