A full account and pictures of the Park Regeneration are described in the revised edition of "The Pow Burn" available in local newsagents and bookshops from November 2017. 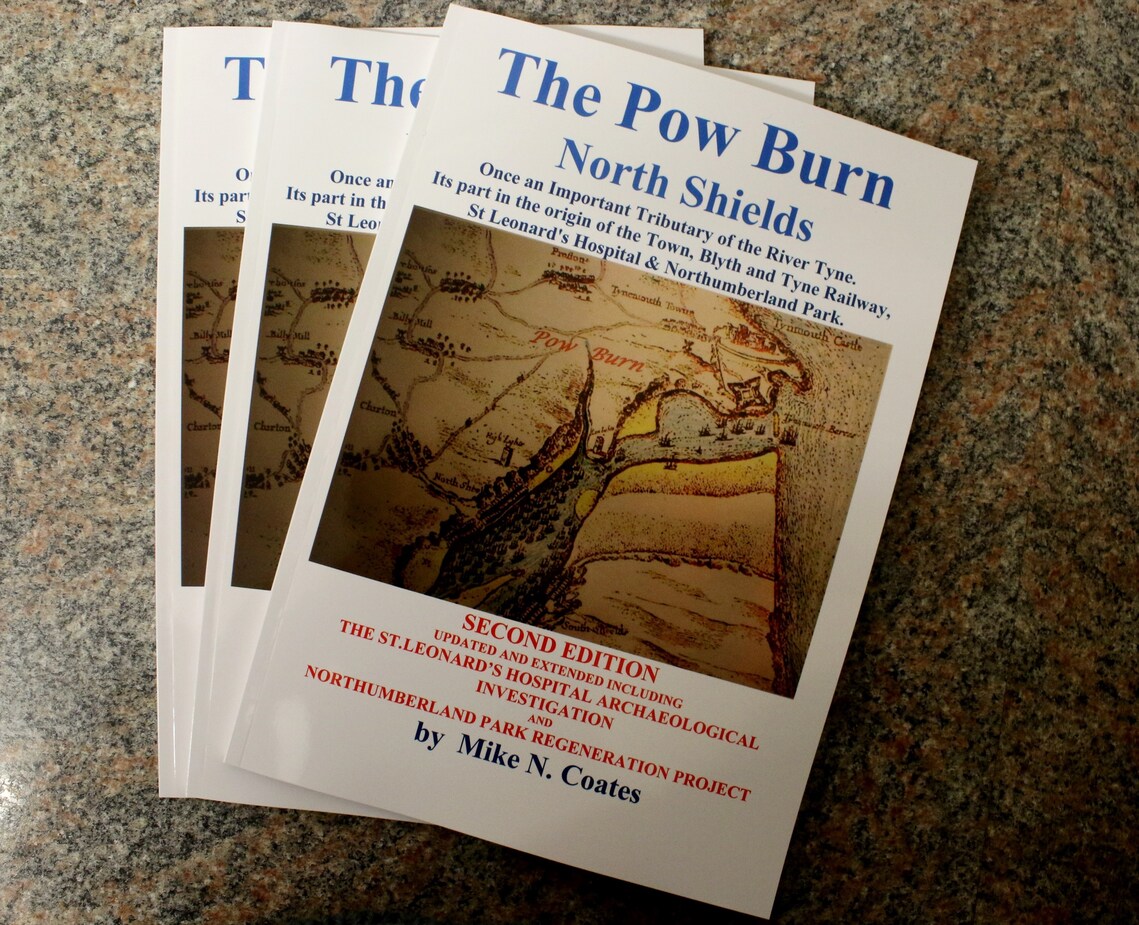 Lots of replanting now completed by contractors to replace the Sycamores that were thinned.

Then after the hugely successful public re-opening event  on the following Tuesday, being the actual 130th anniversary of the opening of the park by the6th Duke of Northumberland, Algernon George Percy the park was formally reopened by the Duchess Jane Percy of Northumberland, Lord Lieutenant of Northumberland. Again all those involved in the Regeneration Project were invited, Council Staff, members of Heritage Lottery, contractors and the Friends of the Park Group. Because of his association with the Park for almost 70 years and at the request of the Council having assisted on the Regeneration Project for six years,  as a representative of the Friends Group, the Chairman Mike Coates was privileged to be part of the opening party, escorting the Duchess of Northumberland around the park. 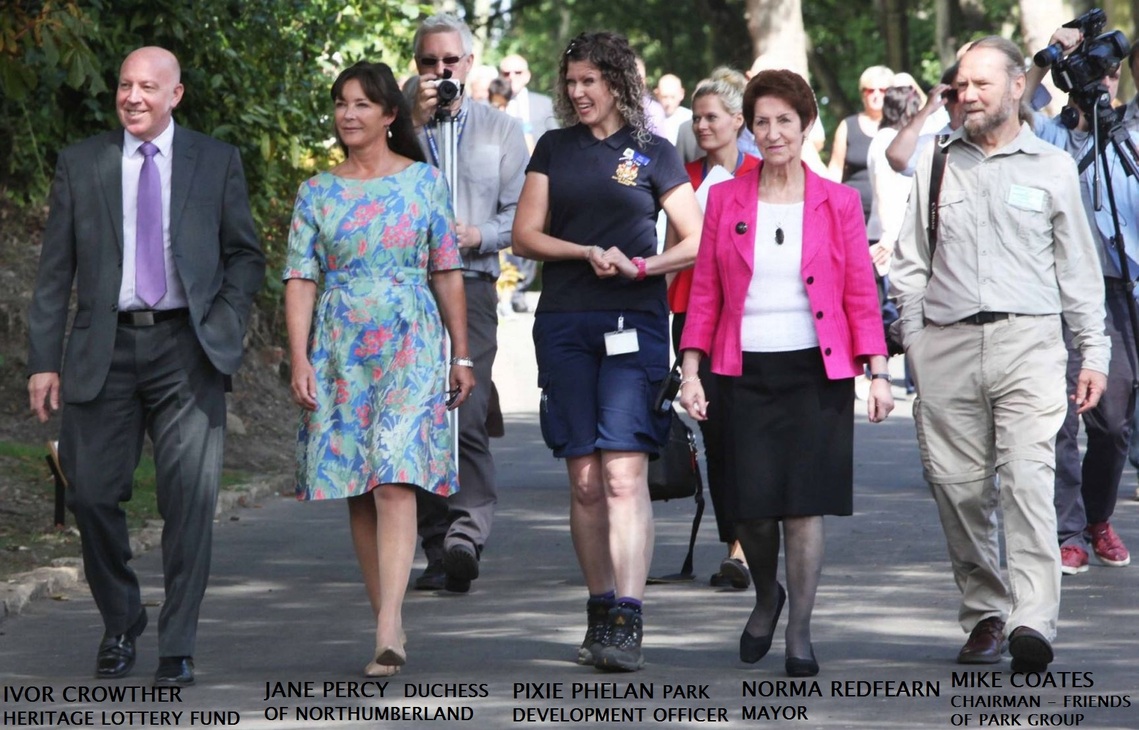 Then after 18 months of closure the gates of the park were re-opened to the public on 20th February 2015 and on Saturday 8th August a celebration event was held for the public from noon to 4.30pm with the Mayor, Councillors, officials from the Heritage Lottery Fund and members of the Park Regeneration Board in attendance. There was an estimated 10,000 members of the public in attendance and Mike Coates, Chairman of the Friends of the Park Group as requested by the Council dressed for the part in Victorian costume as the “Duke of Northumberland Park” escorted the Mayor of  NorthTyneside, Norma Redfern around the park receiving constant praise for the Friends Group from the assembled throng for their part in the Regeneration Project. There were stalls run by the Park Friends Group,  a Viking re-enactment camp, falconry display, magicians, stilt walkers, dance groups and a fancy dress parade and then  from 5 to 7 pm there was music from the new bandstand and a hog roast. 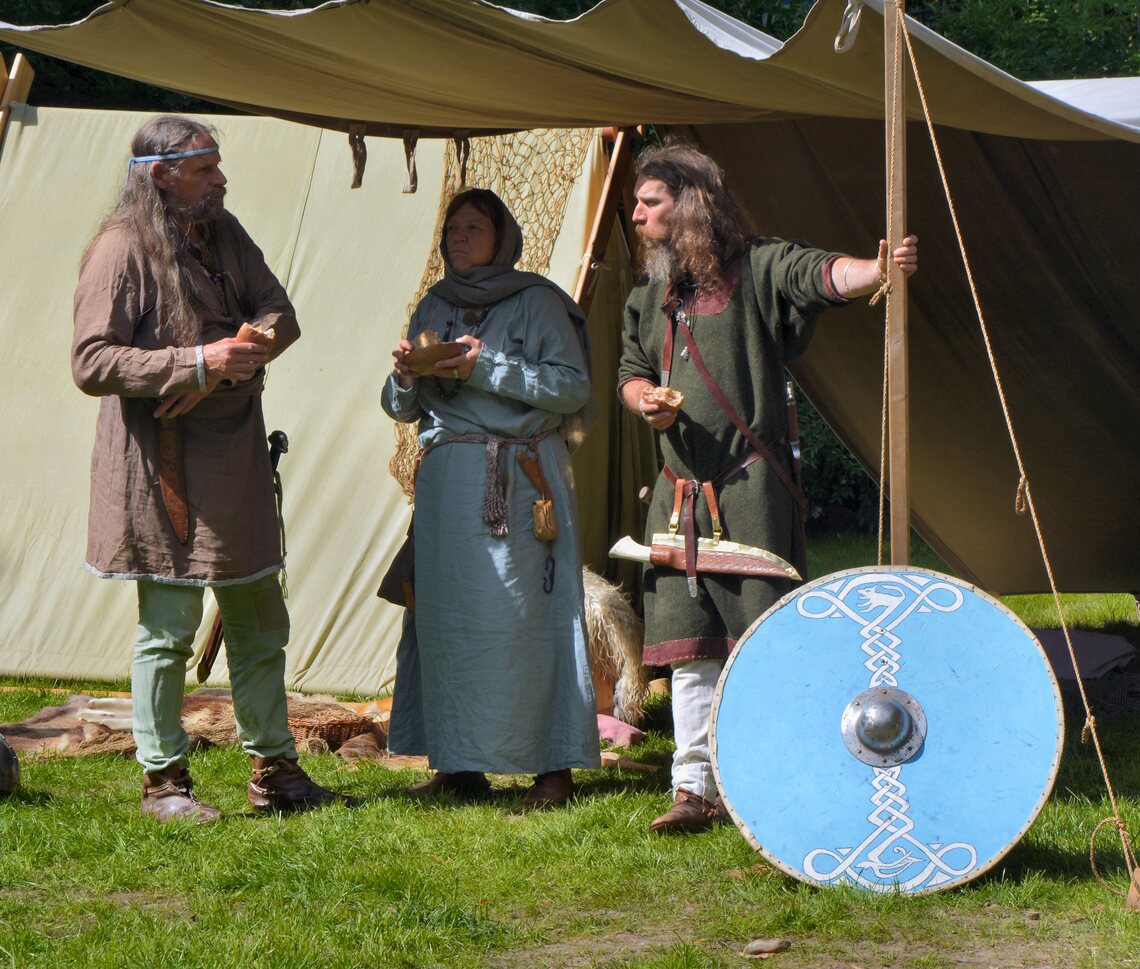 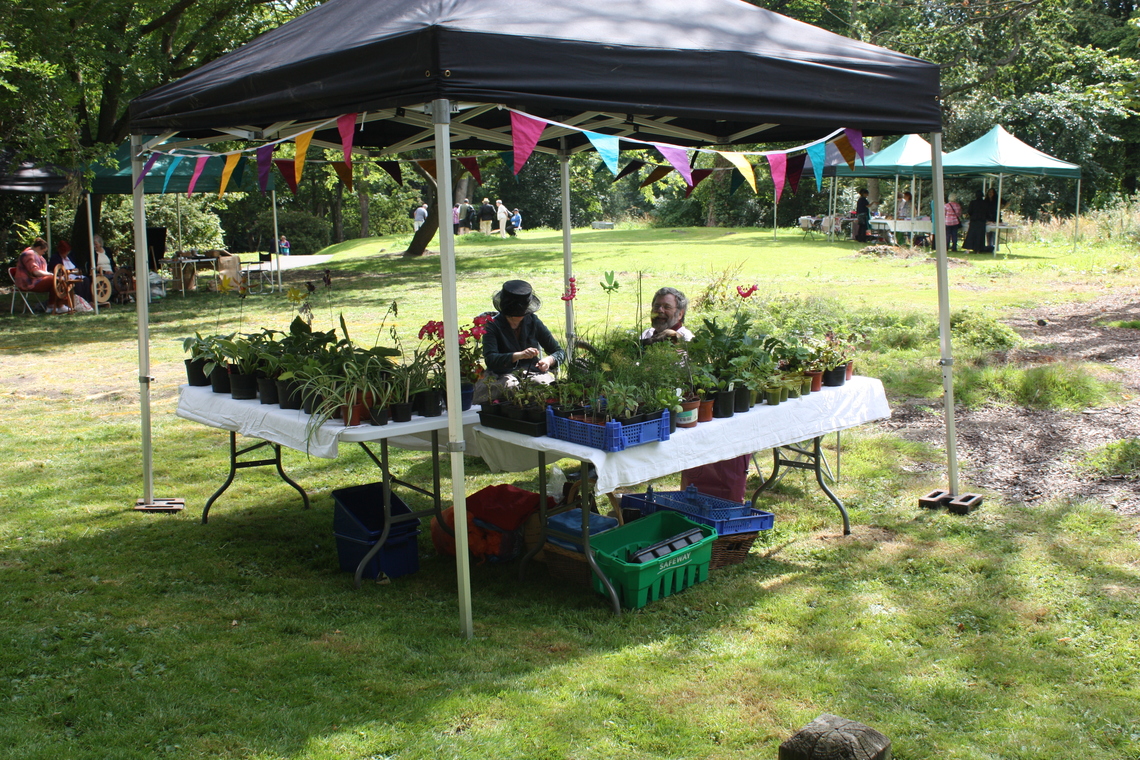 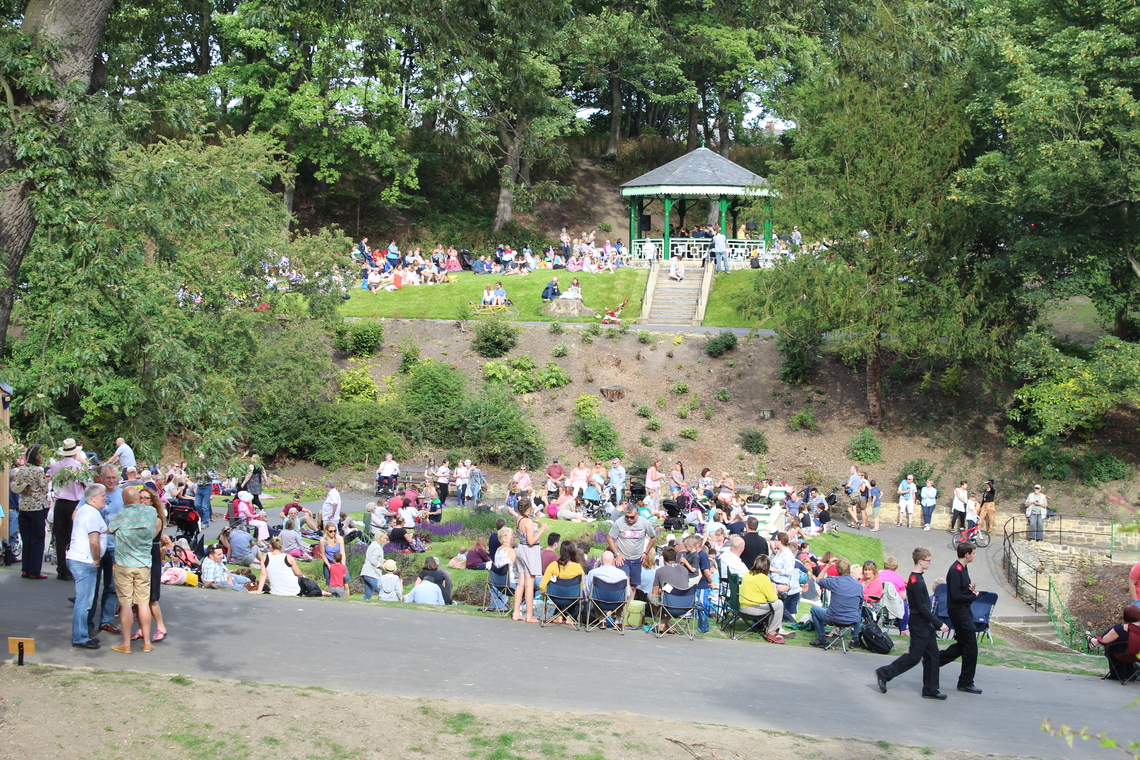 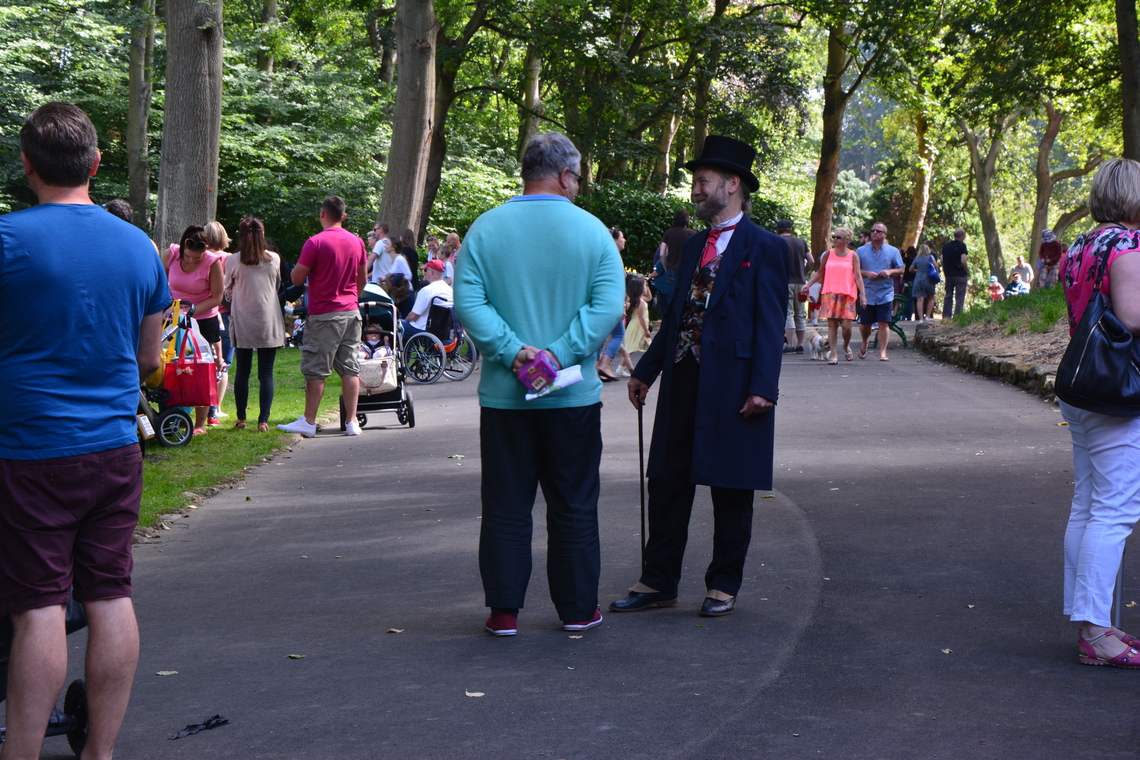 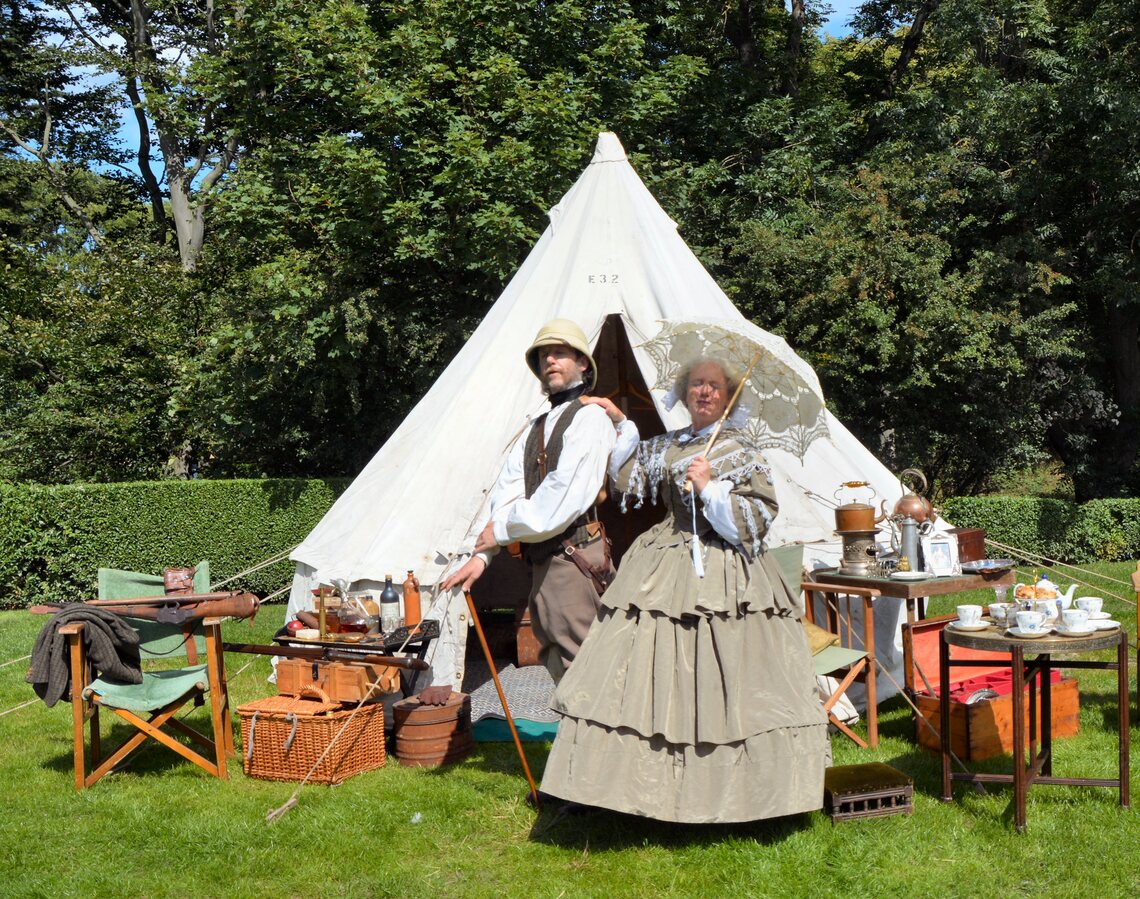 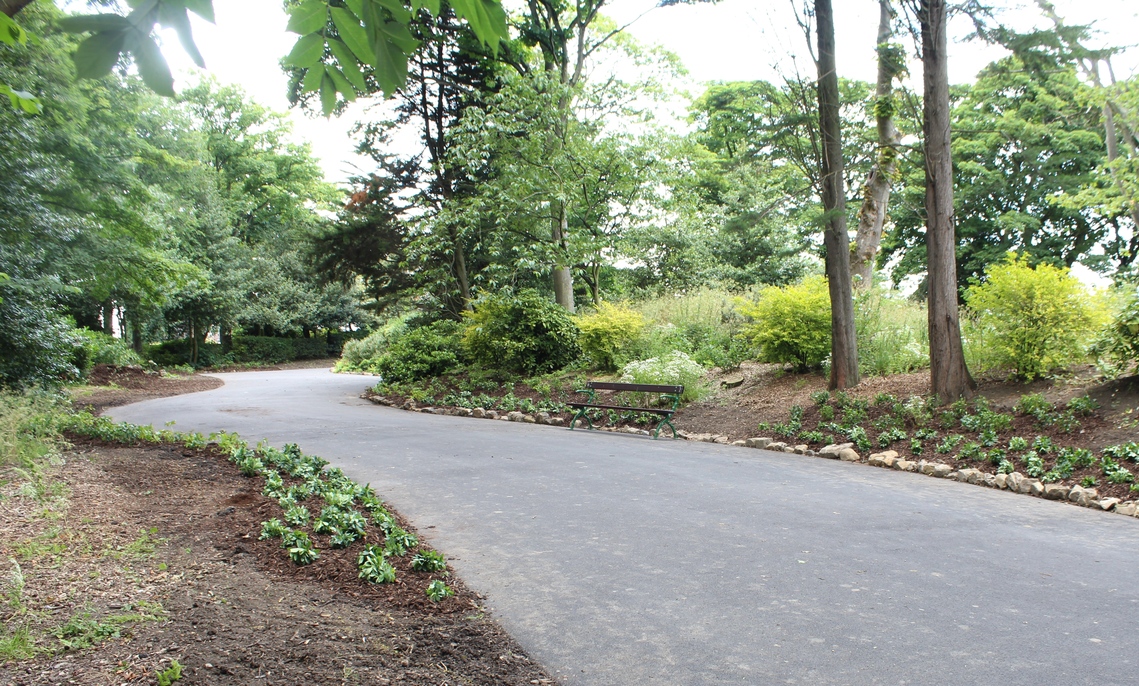 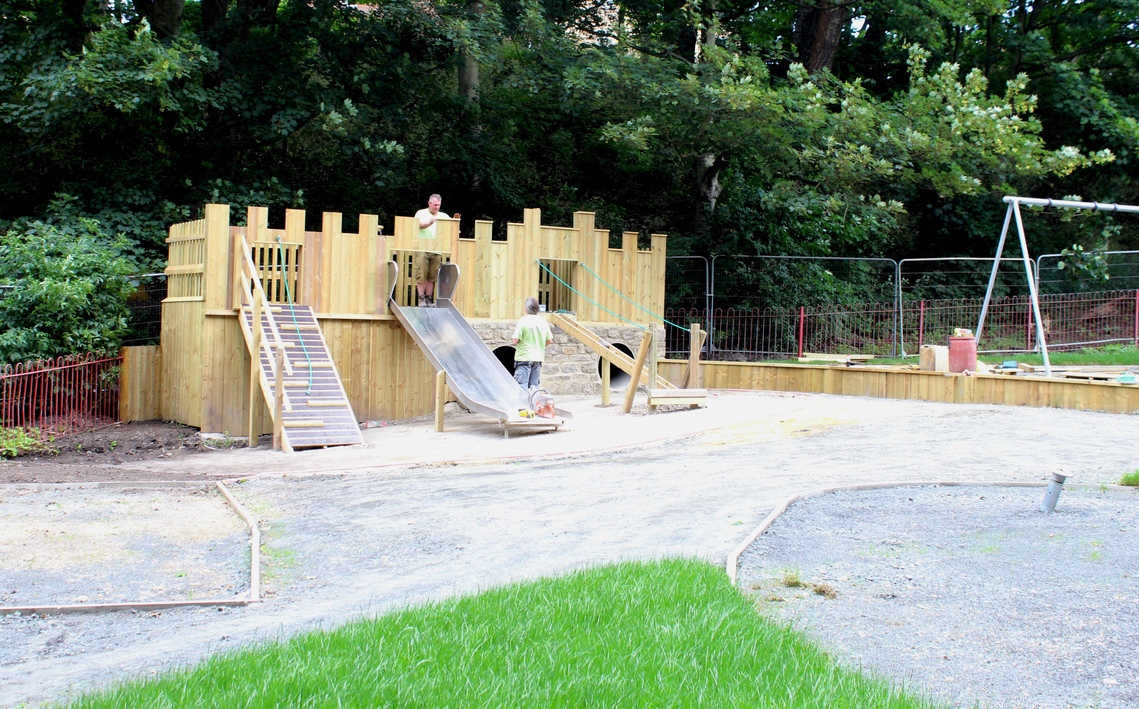 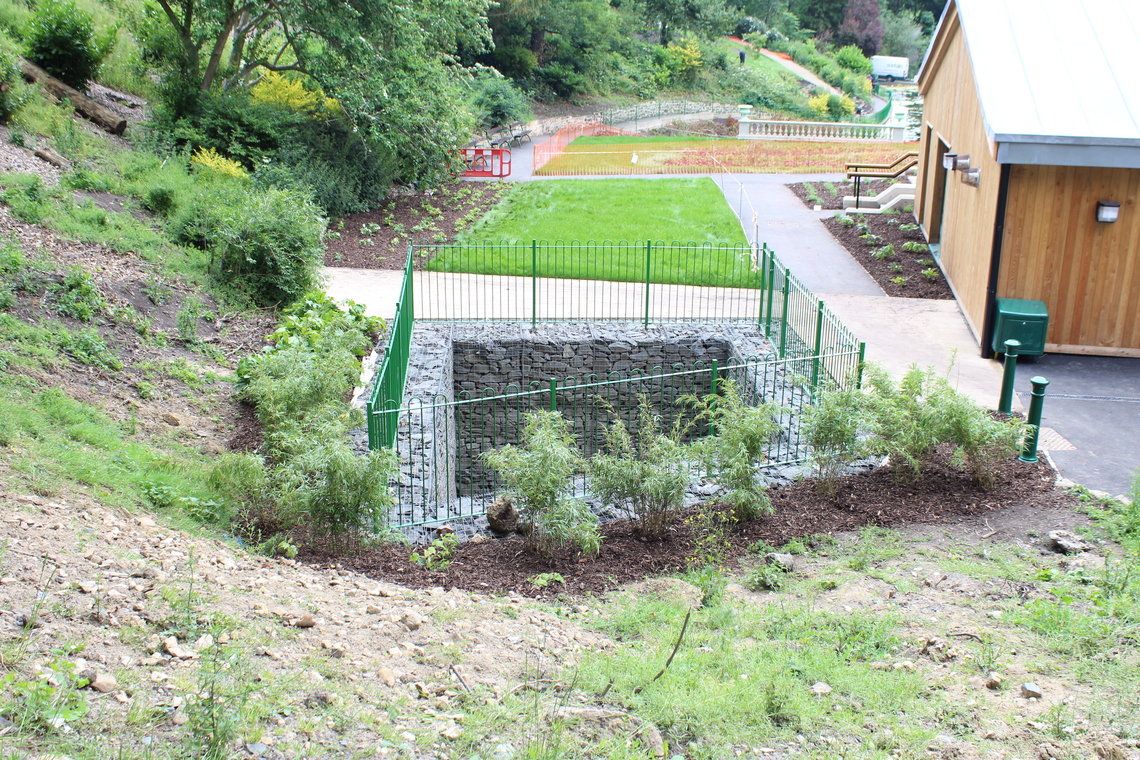 Meeting room now ready for use 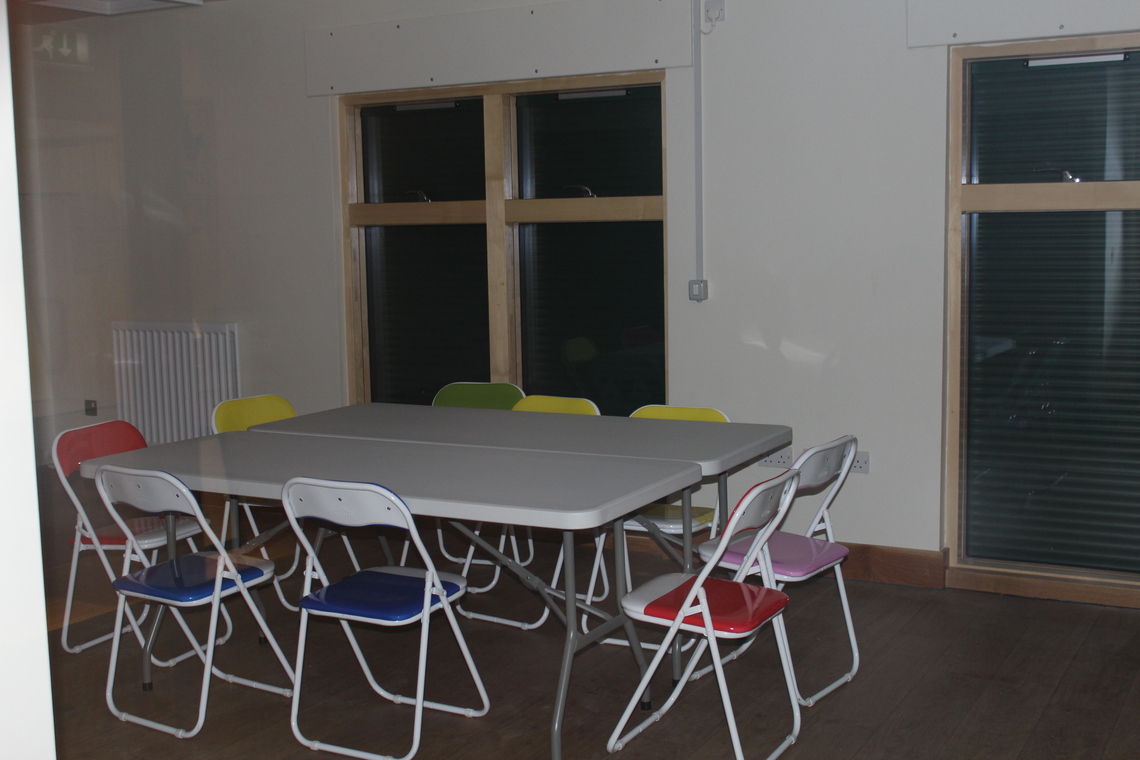 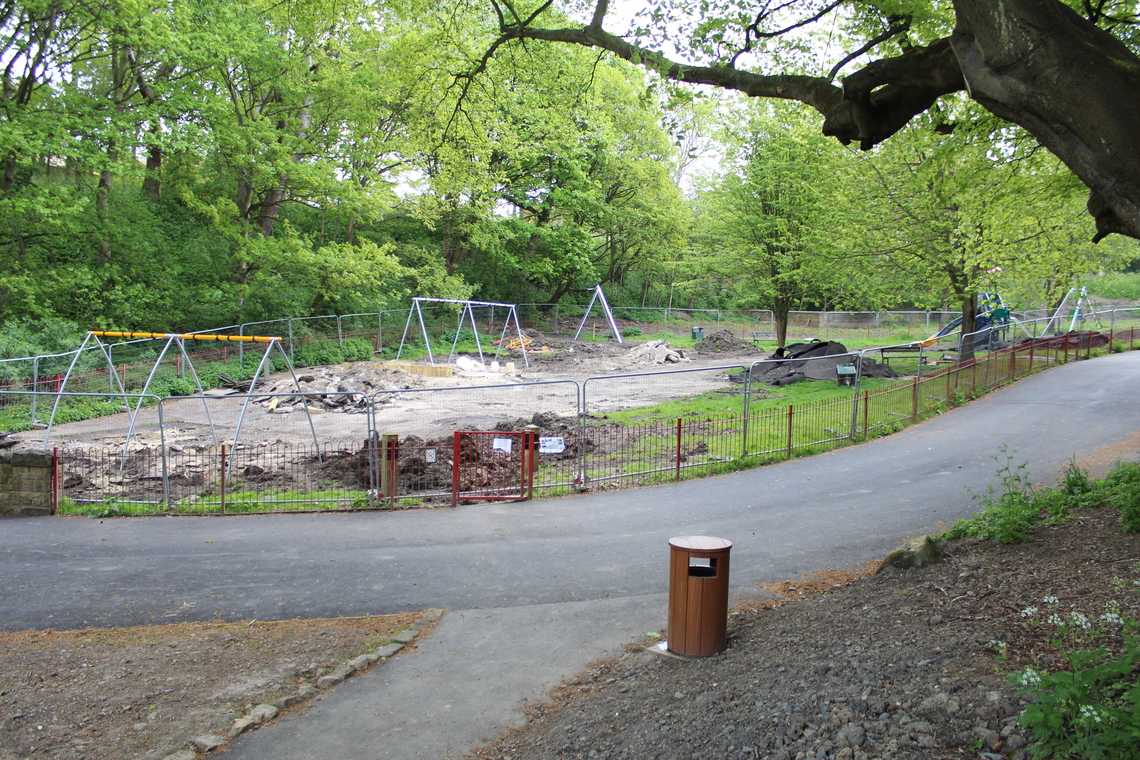 Fences up on Playing Area to commence improvements. 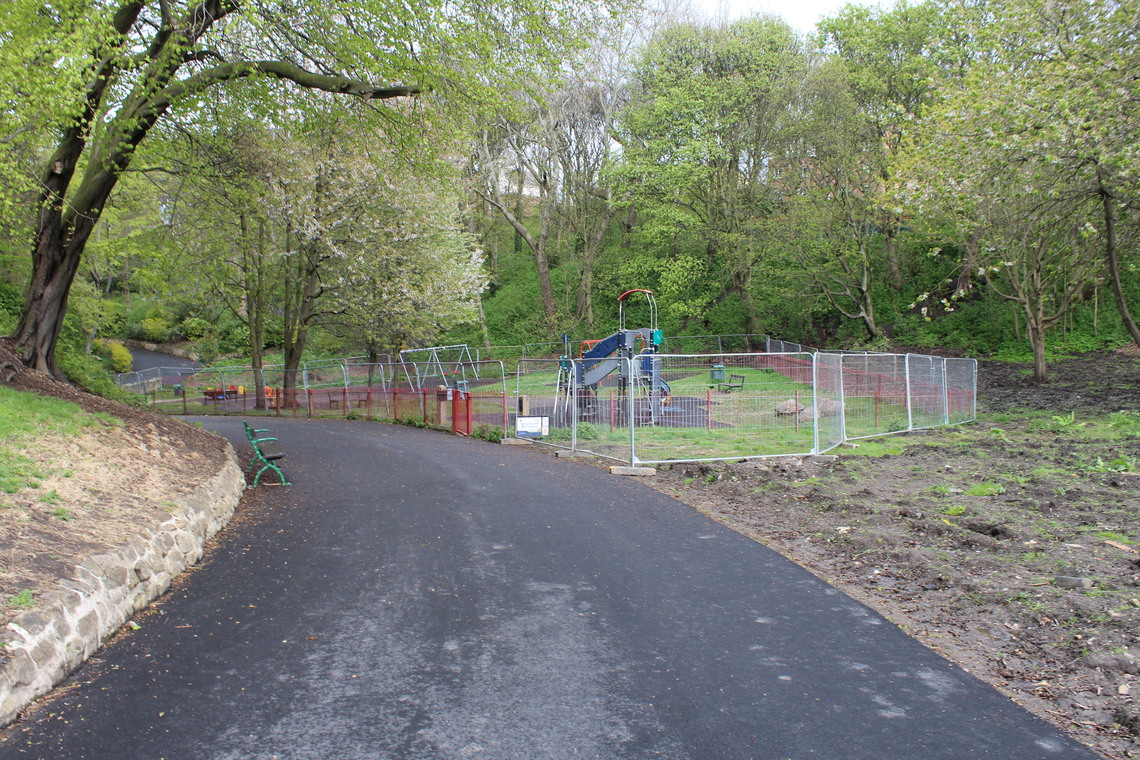 The Lions have returned 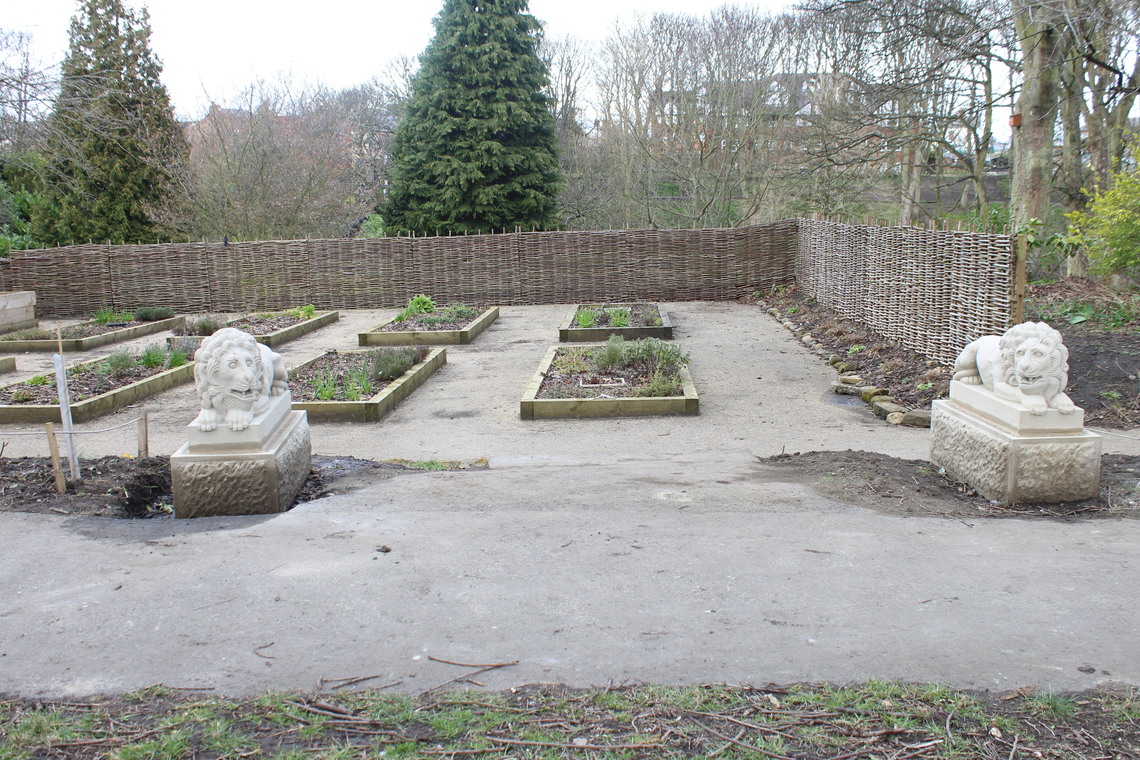 On 23rd September 2013 the park was closed to the public and the regeneration work began.  A survey of the trees was commissioned and over two hundred trees, mainly sycamore were thinned to enable future planting of more diverse indigenous species. The pond was drained and dredged and by the end of March 2014 the new island and fountain base were in place.  By September the new railing and repaired boundary walls were completed and the pavilion taking shape. Then by the end of December the new Bandstand was completed where the original stood before its demolition in 1936 and the new pavilion building was nearing completion. The historic features were reinstated, plant urns, cast iron seats, boundary stone pillars and fencing and of course the lion statues.

On the 1st July 2012 it was confirmed a grant of £2.2 million had been secured from the Heritage Lottery and Big Lottery Funds and £3 million was also provided by North Tyneside Council.

On the 5th July 2010 after site meetings and negotiations the Heritage Lottery Fund awarded £109,000 for development funding so the Council could develop the final regeneration specifications to restore lost historical features including cast iron railings and stone pillars, the bandstand, park seating and flower urns, the pond fountain and historic planting schemes. Also to provide essential new visitor facilities to support the park's long-term future, including a new pavilion housing a café, toilets, community room and terrace within the formal gardens.

Then in 2009 with grants available from the Heritage Lottery Fund to restore and regenerate public parks a Regeneration Project Board was established by North Tyneside Council. In September 2009 the Board sought comments/proposals from local residents and gathered information on the historical features of the park. Because a condition of a Heritage Lottery Grant being awarded was that there was a voluntary community group involved in the park the Council called a meeting of park users and in November 2009 the New Friends of Northumberland Park Group was formed and constituted with Mike Coates as Chairman, Sheila Bell as Secretary and Malcolm Critten as Treasurer.

After 12 years of no supervision or regular maintenance two Park Wardens were appointed in 2003 which meant that there were again permanent council employees in the park.

In 1974 Tynemouth  County Borough was abolished and the park gardeners who numbered around a dozen in the 1960’s were made redundant and a steady period of decline followed. The greenhouses were demolished in 1988 and by the early 1990’s the park keeper’s house was vacant and boarded up and the halcyon days of the park had gone.

BACKGROUND TO THE PARK REGENERATION PROJECT