The History of the Park

Hereis a picture I've recently found (January 2022) of the North Pond just below King Edward Road which was filled in inthe 1960's.

The photo is probably about 1920.  Mike Coates 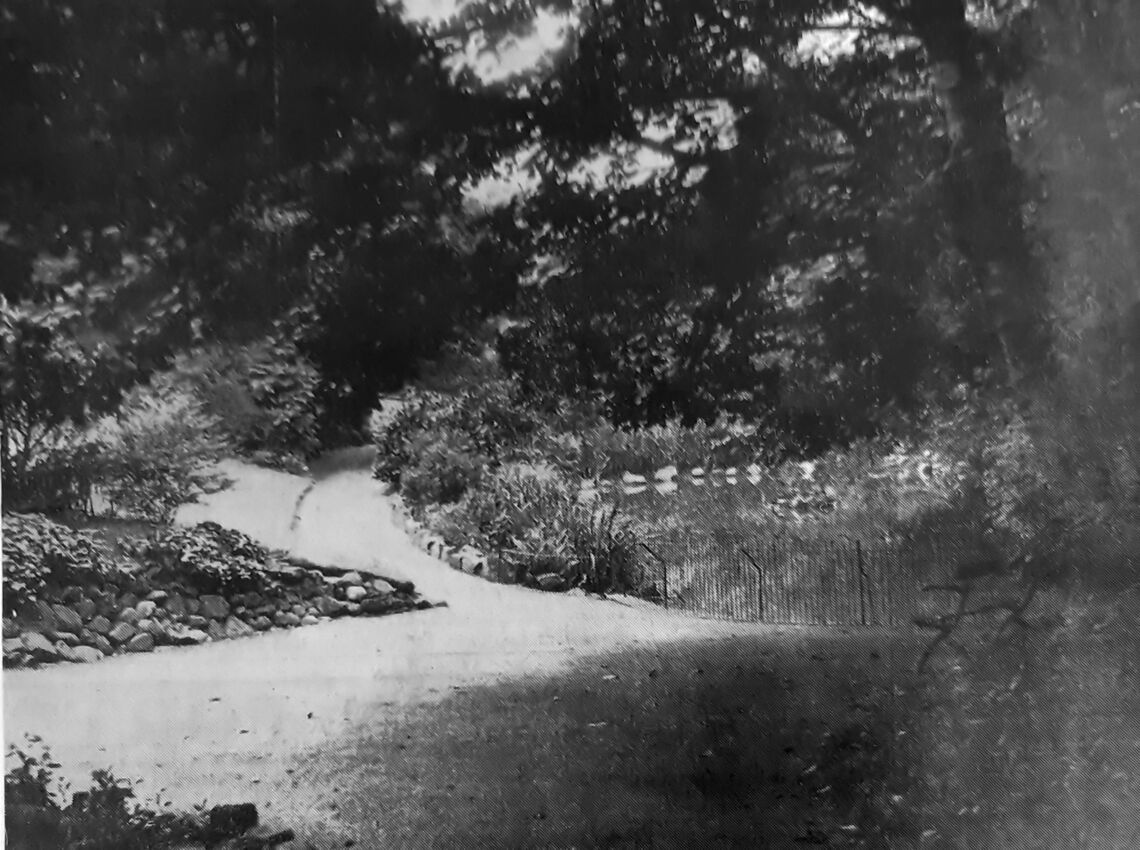 The following is an extract from

The Story of Northumberland Park

published by Summerhill Books in 2012

In the Tyne Pilot Magazine during 1839 various letters were published on the suggestion of providing public gardens in Spital Dene.  Suggestions were proposed for the area from “The Mound to the north hedge to create serpentine walks interspersed with seats, arbours and grottos, with basins, fishponds, fountains and a large greenhouse in the centre”. The Editor replied on the 21st September that they would like to see the “whole of the valley from the Correction House to Spital Dene Bridge, together with the little hollow running up to Raeburn’s Farm and Codling’s Cottage laid out in the style spoken of – while on the irregular ground between, on which the hospital formerly stood – there should be a building for refreshments etc.”

However when the park was created in 1885, 3.75 acres in the northwest corner was still known as Mrs M Morris’s garden. Mr Robert Cornfoot Carr who had maintained 4 acres including two greenhouses, workman’s cabin, croquet lawn and a vinery and a peach house in the centre of the dene had this corner incorporated into the park.

In 1878 the 7th Duke of Northumberland, Henry George Percy, offered the land to the council for the purpose of creating a Public Park after overtures instigated by Alderman Shotton who was then Mayor of Tynemouth. This offer was originally rejected for reasons little known outside of the council but in November 1884 ,when there was great unemployment in the area, Alderman John Foster Spence approached the Duke’s agent and persuaded the Duke to renew his offer. This he did and the offer was accepted. Under the surveillance of Captain Gomoszynski, the Borough Surveyor, paths were cut into the banks of the Pow Burn and were planted mainly with sycamore, a lake was constructed and making the most of the valley that the Pow Burn had afforded, a sheltered park was created and completed in August 1885.

On 11th August 1885 special trains were laid on and local banks were closed at noon to mark the occasion. Long before the time for the opening ceremony to commence, crowds of persons had assembled.  Also present at the north entrance the Mayor, Mr Robert M Tate and Corporation of Tynemouth, Justices of the Peace for the borough and county and the Mayors of Newcastle, Gateshead, South Shields and Jarrow. At one o’clock with brass bands, and admission by ticket only, the Duke of Northumberland accompanied by the Earl Percy and the Reverand H.S.Hicks arrived.

The party moved down the walk and to the left of the carriage drive, immediately opposite the lake the Duke officially opened the Park by planting a Turkey Oak, Quercus Cerris, 12ft high and The Earl Percy, Henry Algernon George Percy, planted a 9ft Mountain Ash, Sorbus Acupara ,20 yards further down the main drive.

A map of the park dated 1896 shows many of the original features, the two lakes, the southern one having a fountain and a waterfall. This flowed under the main drive and into a stream and small pool with the stream continuing over another small waterfall before going under the main drive again. The stream crossied the present playing field before going into a culvert beside the boundary wall of the House of Correction.

There are three aviaries shown, a large one on the flower bed below the site of the bandstand and two smaller ones on the main drive next to the greenhouse and one against the wall (the remains of which can still be seen) in front of the gardeners' cabin. The gardeners' cabin and the two large greenhouses were built in 1862 by Mr Thomas William Carr, who previously maintained gardens, and a croquet lawn in the dene before the creation of the park.

There were two public drinking fountains, one beside the north bowling  green and one on the main drive opposite the southern lake.

The original park keepers cottage was at the north of the park opposite the site of St   Leonard’s Hospital and had two stone lions lying on pedestals on either side of the steps which led down to the front door. Only these steps now give evidence to the cottages existence which, after the new cottage on King Edward Road was built in 1940, was used as a store. After being vandalised it was demolished in the 1960’s.

In 2009 with grants available from the Heritage Lottery Fund to restore and regenerate historic public parks, North Tyneside Council organised a series of exhibitions and Park Fun Days beginning on 21st March 2009 held in the park and at local venues. North Tyneside residents were consulted with regard to their requirements from a public park.

In July 2009 proposals by the council were put to North Tyneside residents to extend Tynemouth Village Conservation Area to include Northumberland Park. Proposals for the park include the building of a new bowls pavilion, café and toilets, improving paths, restoring railings and features, provide more benches, introducing bore hole water source into the burn to enhance water flow, removing some overcrowded sycamore trees to open up original designed views and manage woodland areas.

On the 11th August 2010 to celebrate the 125th anniversary of the park’s official opening, North Tyneside Council assisted by members of the public organised a party in the park which was estimated to have been attended by in excess of 1,700 visitors.

In July 2012 the Heritage Lottery Fund awarded £1.2 million for the re-generation project.