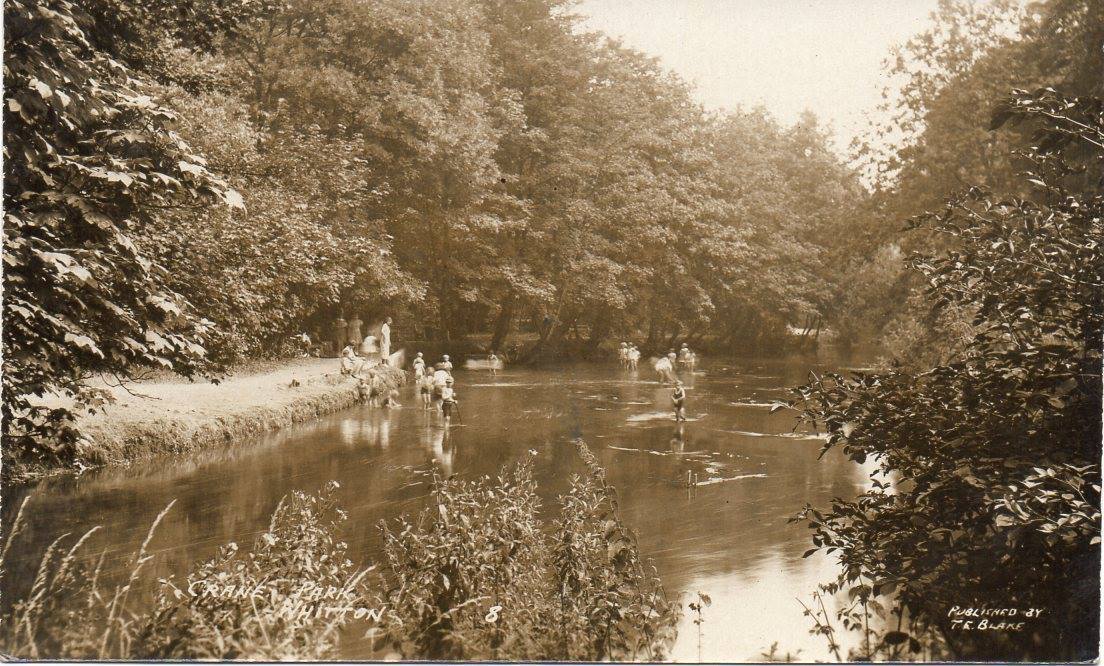 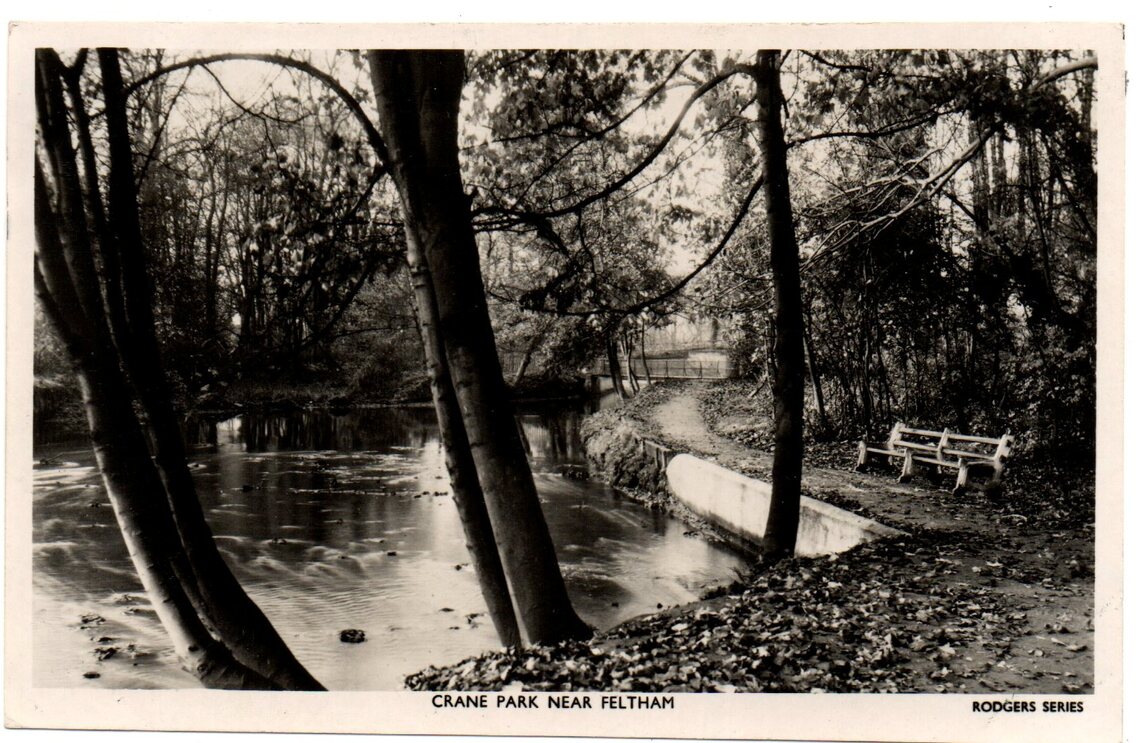 A WANDER IN CRANE PARK

Our three postcards this week feature Crane Park. They date from the 1930’s to the 1960’s and interestingly are sub-titled Twickenham, Whitton and Near Feltham all of which are technically correct. The park follows the bends of the River Crane from Meadway in Twickenham to Hanworth Road at its western end.Crane Park is jointly managed by the London Borough of Richmond upon Thames and the London Borough of Hounslow, and a shared-use path runs through the park. It comprises 30 hectares next to the River Crane in western Twickenham. The park is part of The Crane Corridor Site of Metropolitan Importance for Nature Conservation, and includes two Local nature reserves, Crane Park Island and Pevensey Road.  The London Loop long distance footpath goes through the park.

There are good footpaths running along the riverside with woodland, scrub and reed bed. The park includes the Crane Park Island which is a designated nature reserve where you can look out for herons, marsh frogs, water vole, a variety of bats, woodpeckers, kingfisher, butterflies, moths, dragonflies and damselflies.

The Crane had various names, including 'the Powder Mill River' due to its most important industry; the western end of the park was the site of Hounslow Gunpowder Works, which opened c.1766/8, flourishing into the early 20th century. After it ceased to operate for gunpowder manufacture, the subsequent owner sold part of the site for housing and part to Twickenham Council who turned it into a public park, which was opened in 1935. It still retains important industrial archaeological remains including the Shot Tower built in 1828. Crane Park Island was created to contain a mill-pool of water used to drive mill machinery, some remains of which are still found.

Access has been greatly enhanced recently with a walk that can take you along the River Crane from the Exchange building opposite Twickenham Station. It takes you round the back of the Harlequins stadium into Kneller Gardens where there is an excellent café next to the tennis courts and children’s playground. Access to Crane Park from this point is at the Meadway.

The River Crane Sanctuary is a local group focused on the interests of the park, river and its wildlife. It provides a weekly update in this journal and can be reached at its website.

My search for old postcards continues. I am always looking for old postcards and old photograph albums etc. The postcards can be British or Foreign, black and white or coloured and of places or subjects. If you have any that are sitting unwanted in a drawer, in a box in the loft or in the garage or under a bed, please contact me on 07875 578398  I would like to see them and I pay cash! 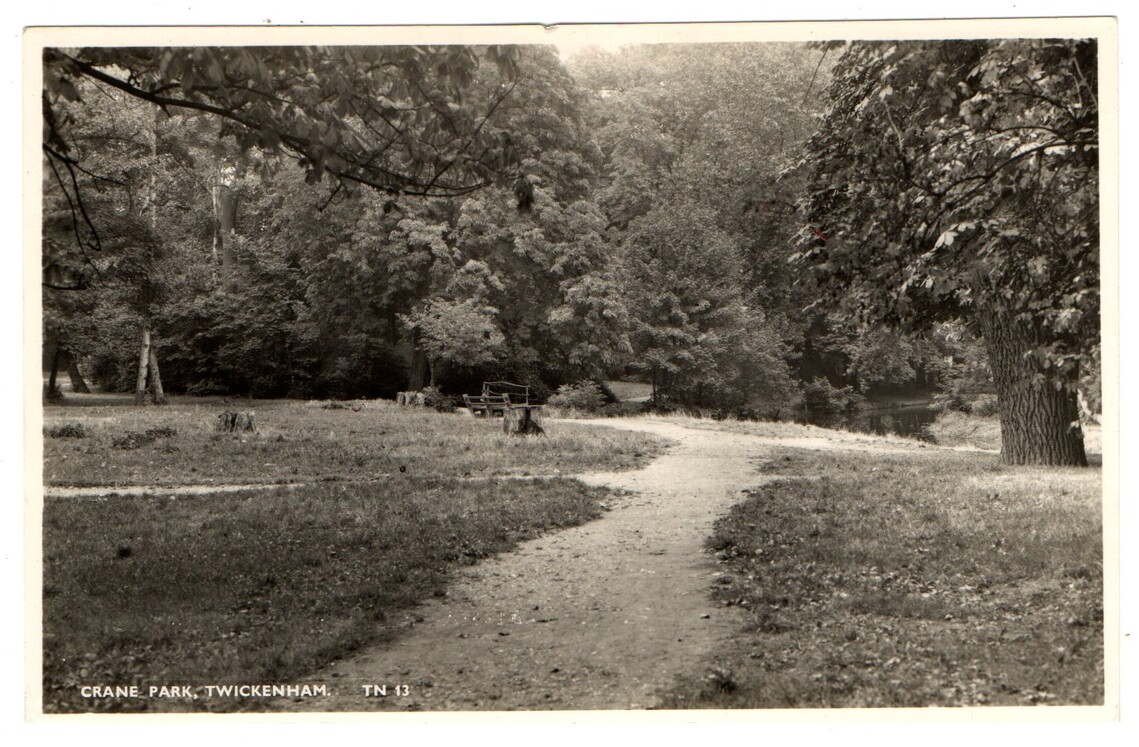