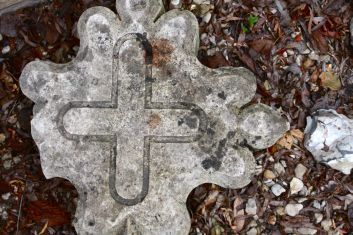 The Church of England day School opened its doors in January 1860 with 100 children on the roll, one Master and two Pupil Teachers. It moved from Snells Hall to the new purpose-built accomodation on its present site in 1967.

Following the closure of the other three schools in the Wantage Downs benefice, the Hendreds (as we know our school today) serves the villages of Lockinge, Ardington, Ginge, West and East Hendred, as well as Rowstock.

The Hendreds was voluntary aided by the Church of England until December 2013, when it became an academy, joining the family of schools in the Oxford Diocesan Schools Trust (the ODST).

An academy is an independent, state funded school, as well as being a registered company and an exempt charity. As such, the school receives the same per-pupil funding as before, plus additional funds for services that the local authority no longer provides. Academies have greater freedom in terms of curriculum, school times, term dates, and most importantly, the allocation of funds. An academy will know best what is needed by its local community and the children it serves, and has the autonomy to enact changes and procure services in the most efficient way.

The ODST is directly accountable to the Secretary of State for Education for the performance of the school. It ensures that all necessary services are provided, and it becomes the employer and the admission authority. It supports the school in areas such as school improvement, curriculum development, human resources, finance, governors support, buildings and appeals.

As a limited company operating within the Diocese of Oxford, the ODST is firmly committed to its Christian principles and ethos. However, it does not impose its faith; admissions policies are open and the Trust welcomes those of all faiths and none being very proud of the ethnic diversity within its academies.

With this new stage in our school's long history, we aim to continue to serve the community and to provide each child entrusted into our care with the best all encompassing education possible.