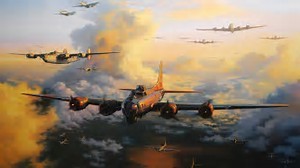 The East Riding was much involved in air defence of the east coast of Britain, especially Hull - described by the war-time Home Secretary as the worst bombed town or city in Britain.

Ellerton had a searchlight battery up Donkey Lane (real name - Cow Pasture Lane) on the right hand side. It's gone now, but the arrows on the pictures below show where it used to be.  The village picture (FIG1 & FIG2) can be seen framed in Ellerton Village Hall. 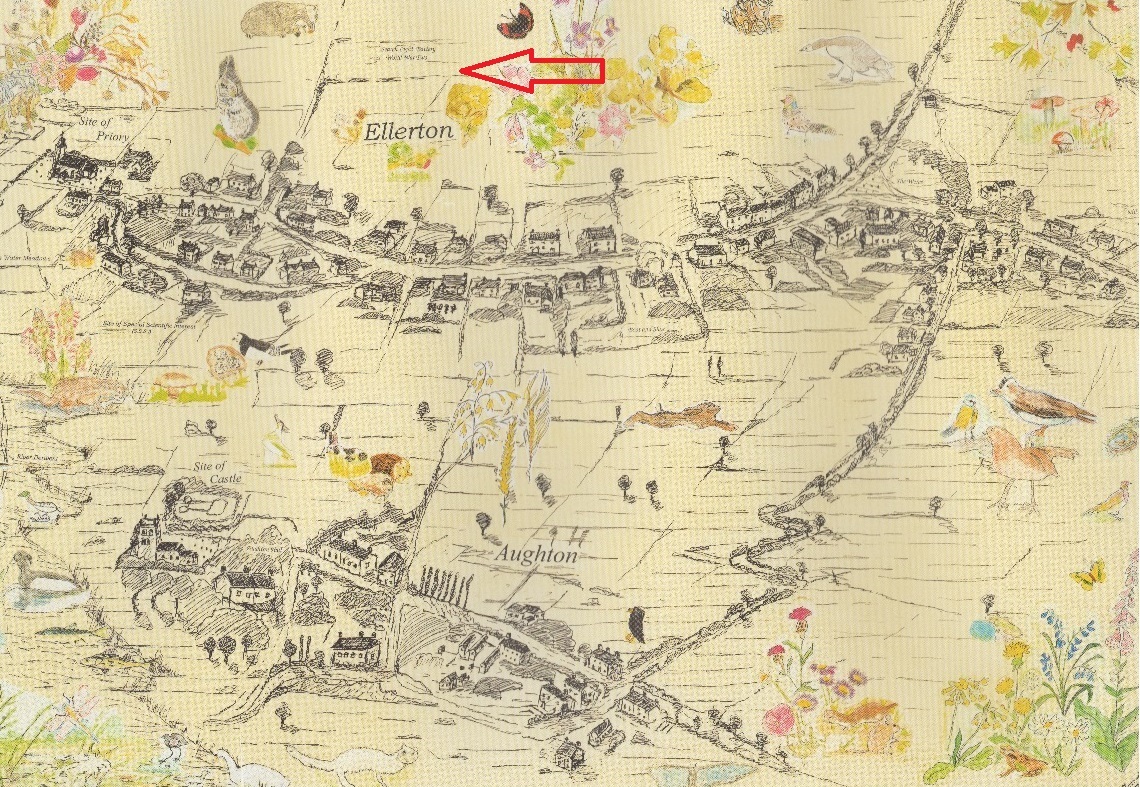 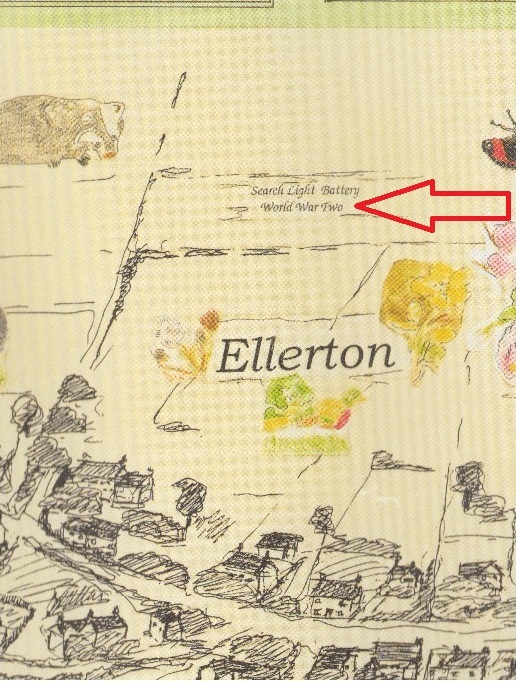 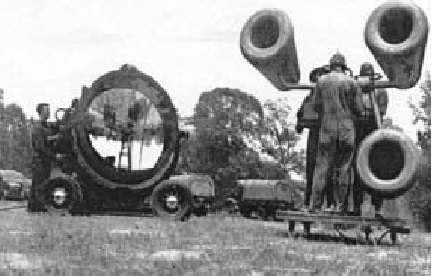 then switched on the lights, sited in different places, to catch the planes in the cross beams.    The Skylighters website at  http://www.skylighters.org/howalightworks/ shows how this was done. 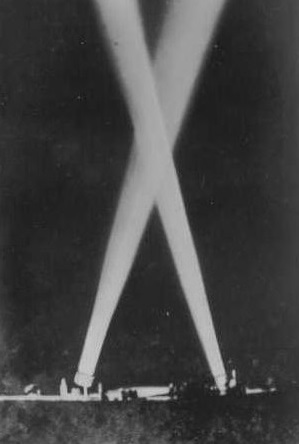 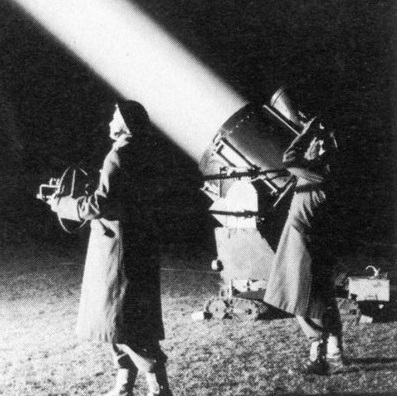 Search Light Batteries were backed up with ack-ack batteries guided by range finders, - 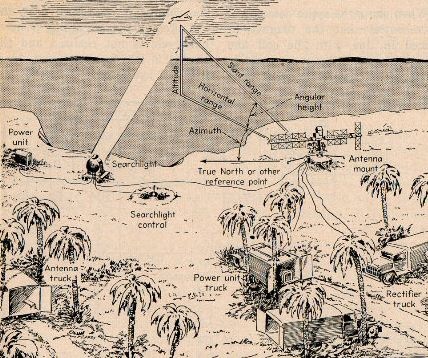 and by RAF stations such as Elvington and Driffield. 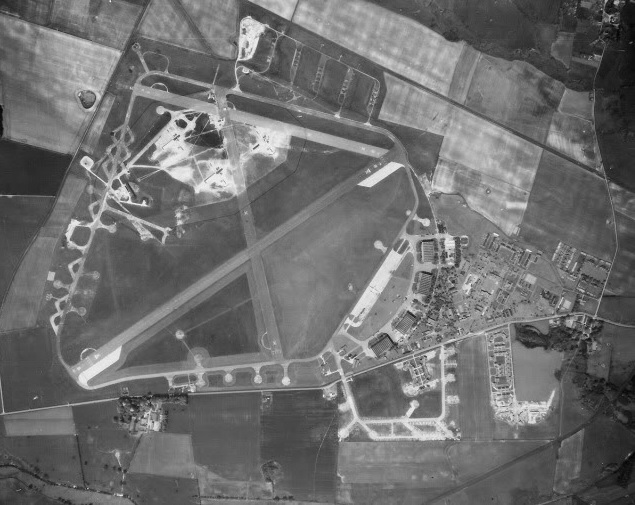 At Hull, away from the town, huge decoy docks were built out of plywood and twinkly lights to fool the bombers.

Coastal defences ran all up the east coast, leaving occasional pillboxes and gun emplacements in the cliff edge that can still be seen today. 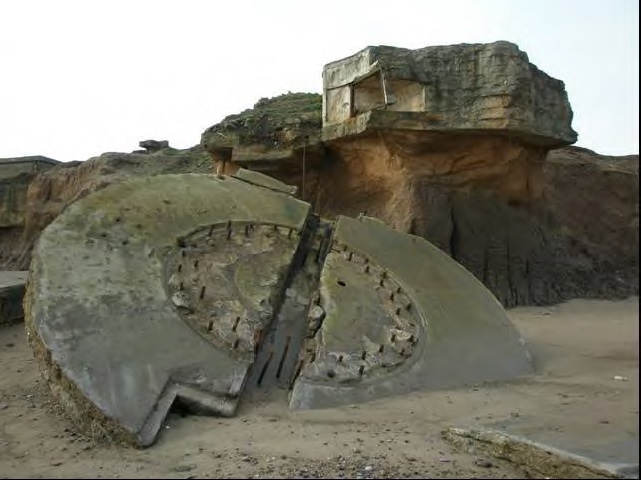 A few miles away from Ellerton is Elvington airfield, now the home of the Yorkshire Air Museum.  This was an RAF station during WWII.

The station was first occupied by 77 Sqn. with Armstrong Whitleys, which arrived in the autumn of 1942. After a brief period of retraining and conversion to Halifaxes, the squadron joined main bomber force operations over Germany in the final weeks of the year and continued to fly from Elvington until May 1944 when RAF Elvington was selected as the base for two new heavy bomber squadrons, manned by Free French personnel flying Halifaxes.  77 Sqn was then moved to RAF Full Sutton.

The Free French squadrons, 346 "Guyenne" and 347 "Tunisie" Squadron, formed at Elvington just before the summer of 1944, and both became operational a month later. The last Free French operations from Elvington took place late in April 1945, but both squadrons did not leave for their new home base, Bordeaux, until October.  During their operations, the French had lost 30 Halifaxes as missing in action.

A major Luftwaffe intruder operation ('Unternehmen Gisela'), on the night of 3/4 March 1945, resulted in a Halifax being shot down while returning to Elvington. One of the Luftwaffe Ju88Gs involved in the operation struck trees and crashed, killing all 5 crew, as well as a farmer, Richard Moll, his wife and his mother. The war ended just 9 weeks later, making this probably the scene of the very last Luftwaffe aircraft crash on British soil.

In total, Elvington lost 128 Halifaxes to operational causes (including crashes), 45 of them from the French squadrons.

A PoW camp (Eden Camp), near Malton, was built in early 1942 when the War Office identified and requisitioned the site from Fitzwilliam Estates. Tents were established inside a barbed wire enclosure.

It occupies the former Second World War prisoner-of-war camp of 33 huts. After the prisoners left, the camp was used for storage and then abandoned.

In 1985 Stan Johnson bought the site intending to set up a potato crisp factory. Three Italian ex-Eden Camp prisoners of war approached him seeking permission to look around the camp, and thus the idea of preserving the camp and opening it as a museum was born. By then the site had become severely overgrown with wild vegetation, which had to be cleared.  On 21 March 1987 Eden Camp Museum opened to the public.

More information can be found by following the links below.