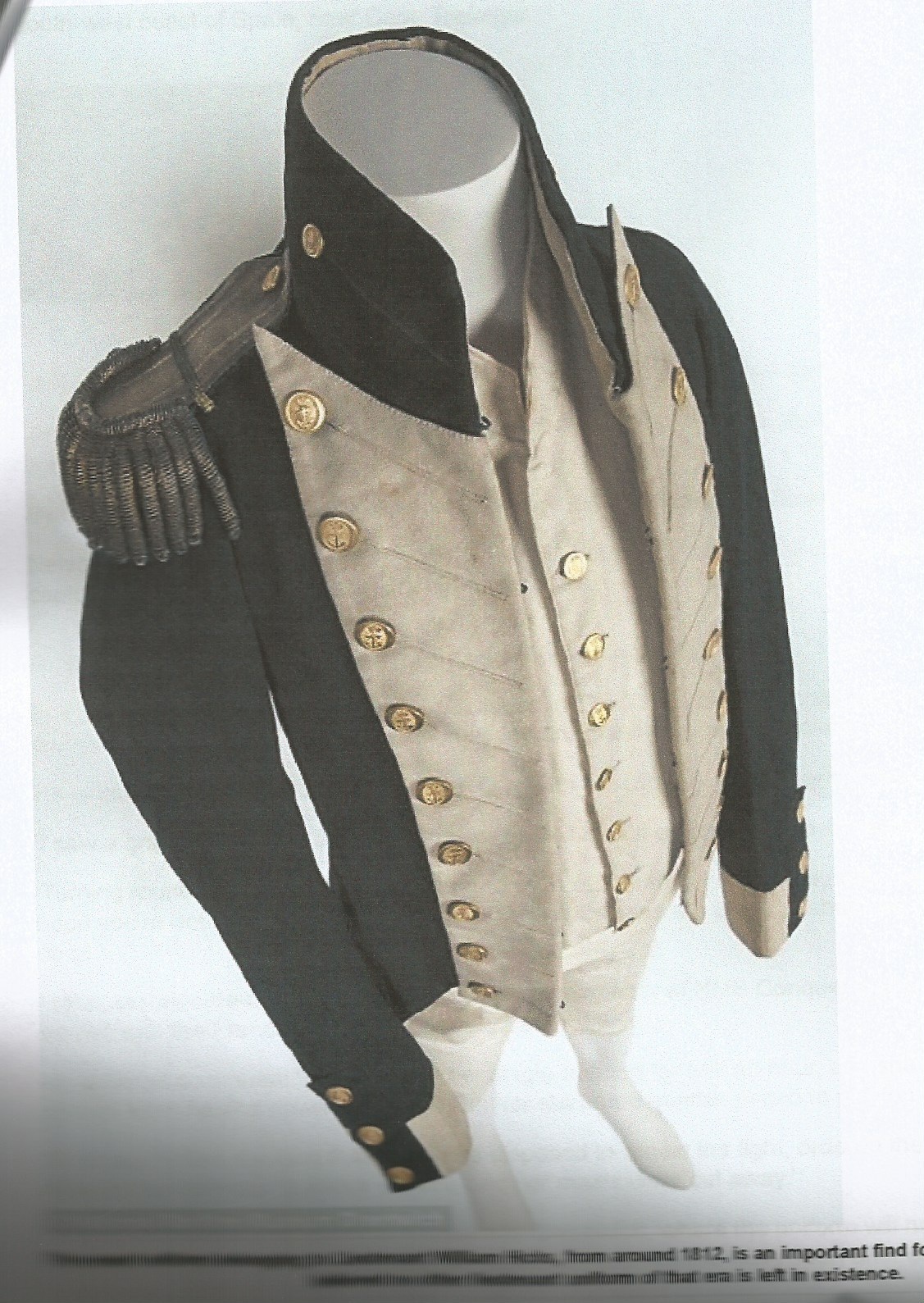 Some residents of Sturmer will know that William Hicks was Rector for the village for 40 years but before that he had served as a Midshipman at the Battle of Trafalgar.

He was born in 1788 in Cornwall – the middle son of three of Richard and Martha Hicks, members of the minor Cornish gentry.  Little is known of his childhood but the picture which emerges from his later writing is of a boisterous, competitive schoolboy much more at home in the outdoors than in the classroom.  He describes himself as having been “careless in my studies” but the “best runner, best and most daring climber, and no bad boxer”

He had no trouble choosing a career as his bias was always the Navy although his family had no history of naval service.  He may have picked up seafaring tales from local men.  In 1803 he was allowed to attend Blundell’s of Tiverton boarding school and exchange his hated classical subjects for the “nautical and mathematical lore” needed for service at sea.  Later that year he began the maritime life he had always wanted.

His first appearance in the muster books of the Royal Navy was aboard HMS Tromp on 12 December 1803 as a lowly Boy Third Class.  As a child of the gentry William was destined for Midshipman’s rank so would not stay at this level for long.

He joined the crew of HMS Conquerer in August 1804. He was in time for the hunting of the Franco-Spanish fleet across the Mediterranean which would have taken him to Alexandria.

The ship played a crucial role in the fighting that raged around Nelson’s ship, the Victory at Trafalgar in 1805.

William describes his involvement in the battle in the Times –

“I had a merciful escape in the fight with the Santissima Trinidad.  I was aide-de-camp to Sir Pellow and had just reported to the first lieutenant that I had obeyed an order which he had commanded me to convey to the officers of the lower deck, and had walked a few yards from him, when I saw a grape shot that had struck a canister close by.  I took it up and put it in my pocket.  Turning around I saw the first lieutenant and sixth lying close by.  I ran to them saying “I hope you are not seriously hurt” and lifting Mister Lloyd’s head the blood gushed into my shoes.  Both were dead.”

The battle was the final chapter for Lord Nelson but just the beginning for William.

The threat of invasion by sea had passed but the Royal Navy still had plenty to do to stop Napoleon.  Aboard Conquerer, William assisted in blockading French ports.  He was also involved in a small boat attack on an enemy squadron which culminated in the boarding and capture of the corvette, Cesar.  This was a severe action in which the British were opposed by wind and tide as well as the French.  The Conquerer’s boat suffered severe casualties in the fray.

He left the Conquerer in 1806 and went to the Queen and then HMS Hydra.

Arthur Wellesley (later Duke of Wellington) was fighting off armies in Portugal but on the other side of the Iberian Peninsula the British were engaging in other operations.

The Catalans were resentful of French rule and the British had seen an opportunity to cause trouble for Napoleon.  Their crews could assist the guerrillas in mounting a challenge to the occupiers.

There was a four day artillery dual between Hydra’s boats and inland batteries.  This is probably where William was injured. He reports that his sight is too greatly affected for him to return to active duties.  However, he continued to serve and fight in the Navy for several years afterwards.

As a Senior Midshipman he would have been expected to take charge of one of the craft used in the operations.

After he returned to England, William passed his Lieutenant’s exam in October 1810.

He joined a new ship – the Spartan but although he was eligible for a Lieutenant’s post there were not enough vacancies.  He also lost an inheritance from his father as his attorney lent it without proper security.

Despite these set backs he found new opportunities.  In 1811 he crossed the Atlantic.  He was involved with opposing the increasingly restive Americans.  He saw a fair amount of action including the first ship capture of the war, landings on the American coast and the pursuit of the USS Constitution.  In 1813 he became a practising Lieutenant for the first time.

William was paid off in March 1813 as his ship returned to England as it was leaking and well overdue for retirement.  It was the first time in his career that he had found himself without a ship to serve on.  He wrote to the Admiralty asking for employment and eventually served abroad again – stationed primarily in Portugal and the Mediterranean.

During that time Europe changed for good.  Napoleonn’s attempt to restore his empire came to an abrupt end at Waterloo in 1815.

William’s health problems began to worsen and his ship was damaged and limped back to port beyond repair.  William was without a commission and had little prospect of getting another in an ever shrinking Navy.

He was eventually offered a post but failed to take it up because of a family emergency.

He was offered a place at  Magdalene College and completed his studies graduating BA in 1823.  Later that year he was ordained a deacon and took up his first curacy in Caxton, west of Cambridge.

He was granted a pension by the Navy.

In 1827 he became a full Rector in Sturmer, Essex.  He remained here for the rest of his life and brought up his family in the village.  He married Charlotte Willimott and had three daughters and four sons.  The eldest son followed his father into the Church and the youngest joined the Indian Forestry Service.

Williams life became of interest again when descendants discovered his uniform and passed it to the Maritime Museum in Greenwich.

There is a plaque in St Marys Church, Sturmer dedicated to him and a picture of his uniform is included on the heritage board nearest to the church.

More pictures and information are available in our archives on request.

Thanks to Louis Morris and Nigel Hicks for the information for this article.

Descendents of William Hicks including Nigel visited the village for a tour of the heritage trail and church in August 2018.