We want to give a massive THANK YOU to all who donated to and supported our crowdfunding campaign to raise funds to create hedgerows in our community garden.

Back in 2012 residents of Sherland Road in Twickenham, designed and built a garden on disused land at 98 Sherland Rd. Since then, the space has brought the community together to help maintain the space whether by watering, planting, weeding or generally keeping the garden tidy. The garden also attracts an array of birds and wildlife including the endangered stag beetle.

The hedges that were originally planted 6 years ago have now reached almost 10ft, so we have launched in August 2018 a crowdfunding campaign with South West London Environment Network, raise funds to create hedgerows that will become a home to valuable at-risk wildlife such as beetles, butterflies, song thrushes and hedgehogs. Colin Cooper from SWLEN is keen for the work to go ahead. “Hedgerows are vital ecosystems for wildlife across the UK, but they don’t just occur naturally, but rather they must be ‘created’ through a technique called layering”.

The campaign finished on September 3rd 2018 and it was a huge success, bitten the £550 target! The fund will be used for tools and materials to enable The Conservation Volunteers (TCV) to carry out the work. Laura Brackenbury from Richmond TCV explains “Hedge laying is a technique that has been used to manage hedgerows since before the Romans, and as such is a part of our landscape heritage. Hedge-laying not only controls the height of a hedge, without having to resort to strimmers, but also, in the long run, creates a denser, more evenly vegetated habitat” The group is welcoming of new volunteers, and as such will offer the unique opportunity for local residents to the gardens to try their hands at the ancient art of hedge-laying. 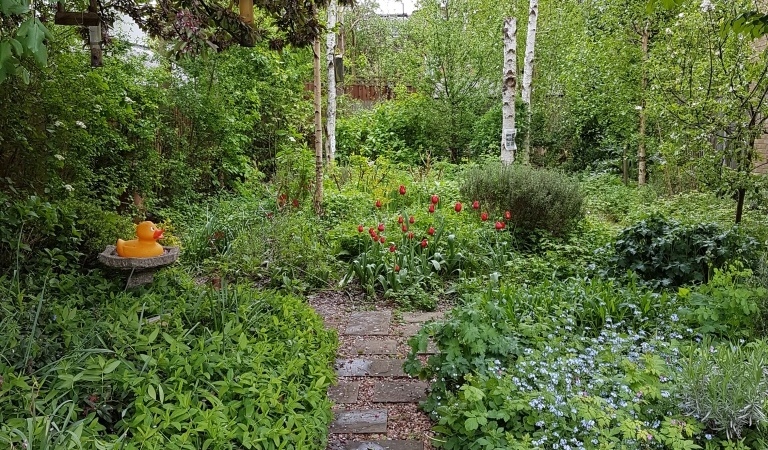 Use the calendar or list of months to view entries made on those dates.

If you have a feed reader you can use this link to get updates.