This year we made an exciting discovery - male and female stag beetles! 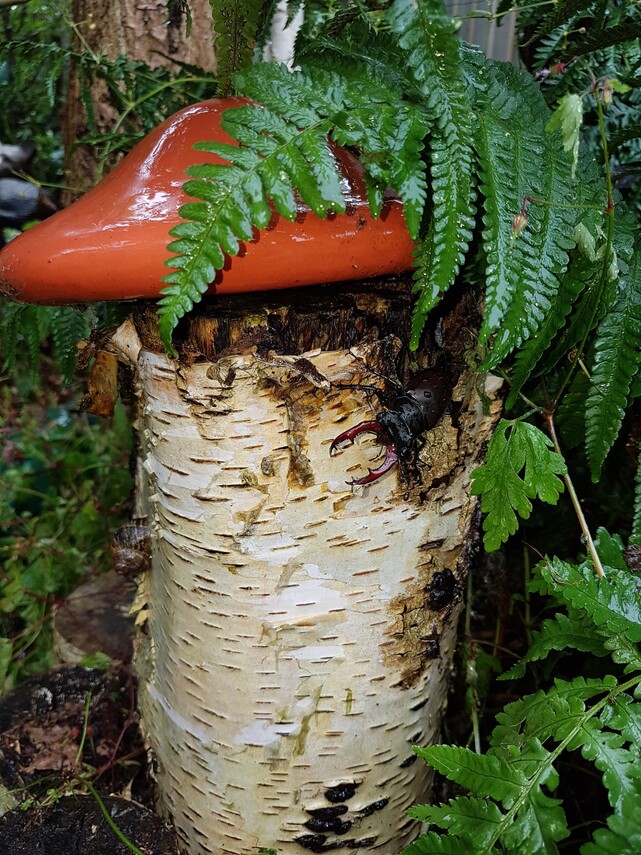 Stag beetles are a protected species. The larvae spend most of their life (3-7 years) underground, where they eat rotting wood. Once fully grown, they build a large cocoon in the soil where they pupate and finally metamorphose into an adult (as shown above). Adults over winter in the soil and emerge from May onwards. 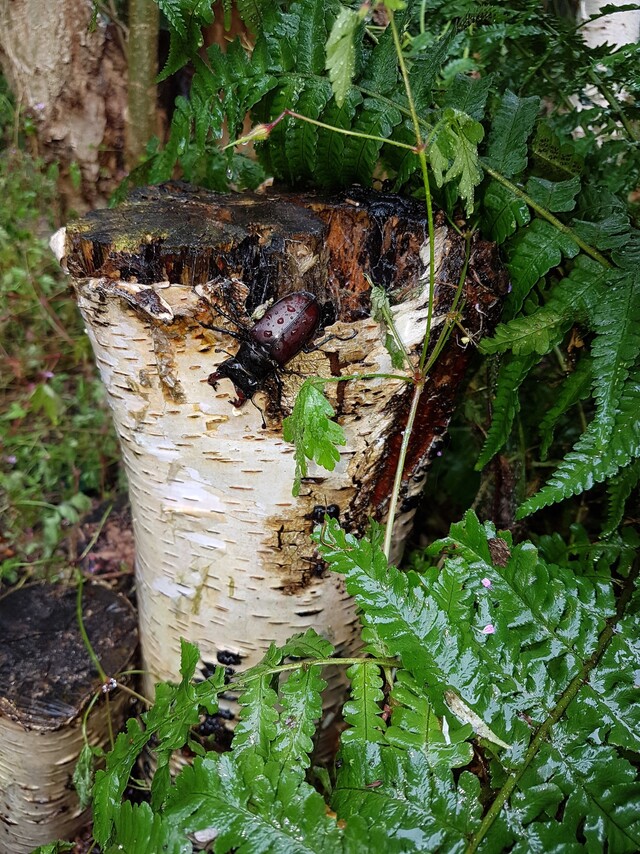 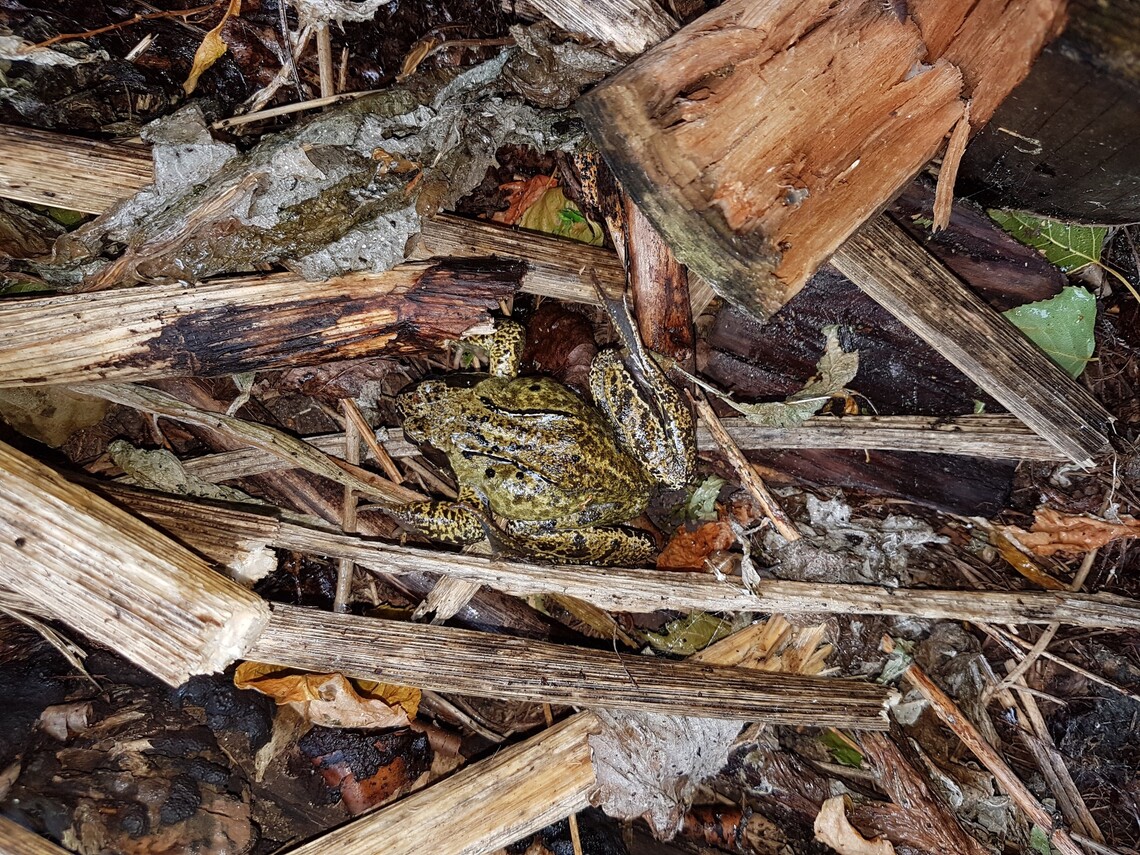 We also realised that the garden needed vital maintenance that we did not have the capacity to do ourselves. The hedging that was planted when the garden was created in 2012 had never been pruned and was now at a height of 10 feet and somewhat straggely, however, this was discovered to be to our advantage.

Colin Cooper of SWLEN had a walk around the garden to give advice and suggested that the hedge is at perfect maturity for laying.

Hedgerows are of high ecological importance to the UK, providing vital habitat for a whole host of wildlife. They act as both shelter and food supply for a myriad of native species and function as wildlife corridors; especially valuable in urban environments. Beetles, butterflies and moths, song thrushes and blue tits, hedgehogs, bats and shrews are just a small selection of locally found animals that are likely to take advantage of this habitat.

As such it is very important to ensure hedges are looked after and maintained in such a way as to encourage the maximum capacity for wildlife. Hedge laying is a technique that has been used to manage hedgerows since before the Romans, and as such is a part of our national historic, cultural and landscape heritage.

Hedge-laying not only controls the height of a hedge, without having to resort to strimmers, but also, in the long run, creates a denser, more evenly vegetated habitat. 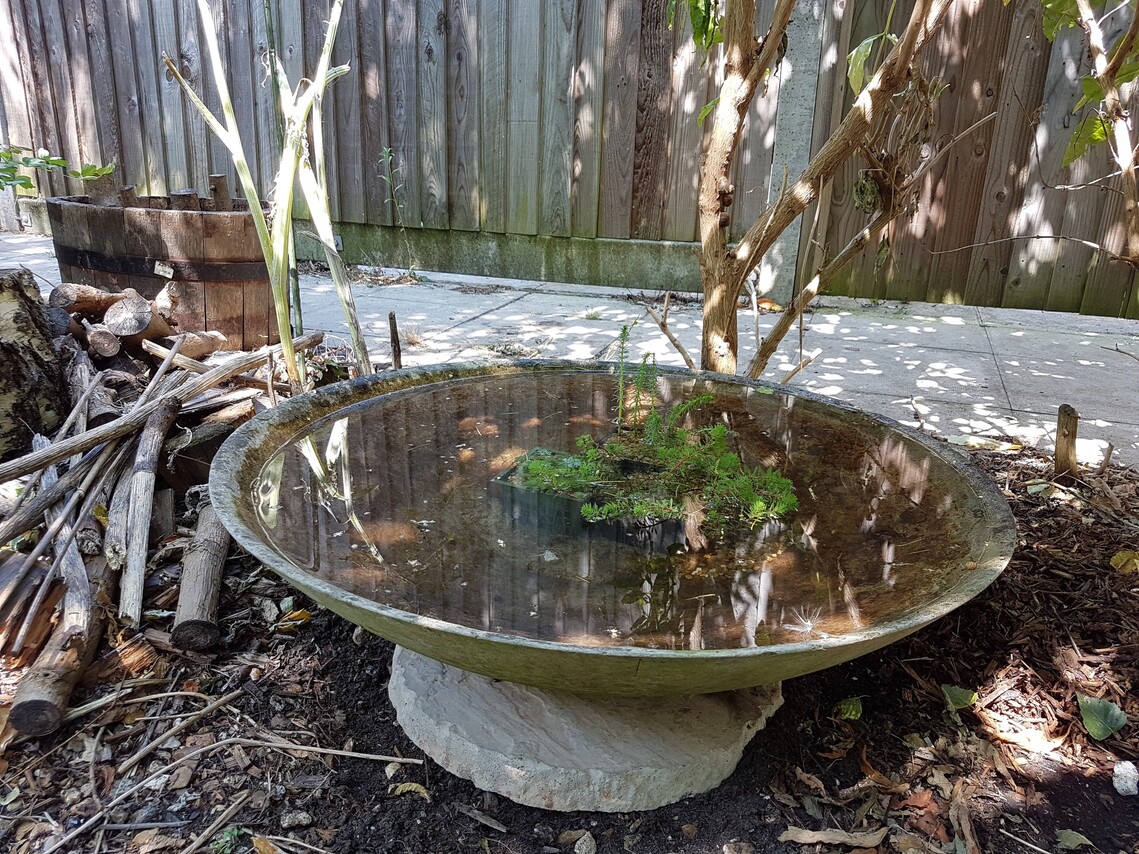 SWLEN set up a Crowdfunding page for us to raise £550 to cover the cost of the work by The Conservation Volunteers (TCV) of Richmond and to pay for all the materials required. The group has been working in the green spaces of West London for 20 years and offers an experienced group of volunteers and leaders to carry out this job. The group is welcoming of new volunteers, and as such will offer the unique opportunity for local residents to the gardens to try their hands at the ancient art of hedge-laying, while benefiting their local wildlife.

The money raised will fund a team to come in to carry out the work, with tools, risk assessments, first aid and training for any new volunteers. It will also cover the cost of materials for the laying of the hedge and the building of some new, more space efficient compost bins at the back of the garden.

Thanks to the generosity of local residents, we not only reached our target within three weeks but we surpassed it, raising £643.42 and a possible further £95.75 (if the HMRC has approved Gift Aid donations).  This amount will not only enable us to carry out all the proposed works, it will enable us to purchase much needed replacement bulbs and plants for a considerable time. 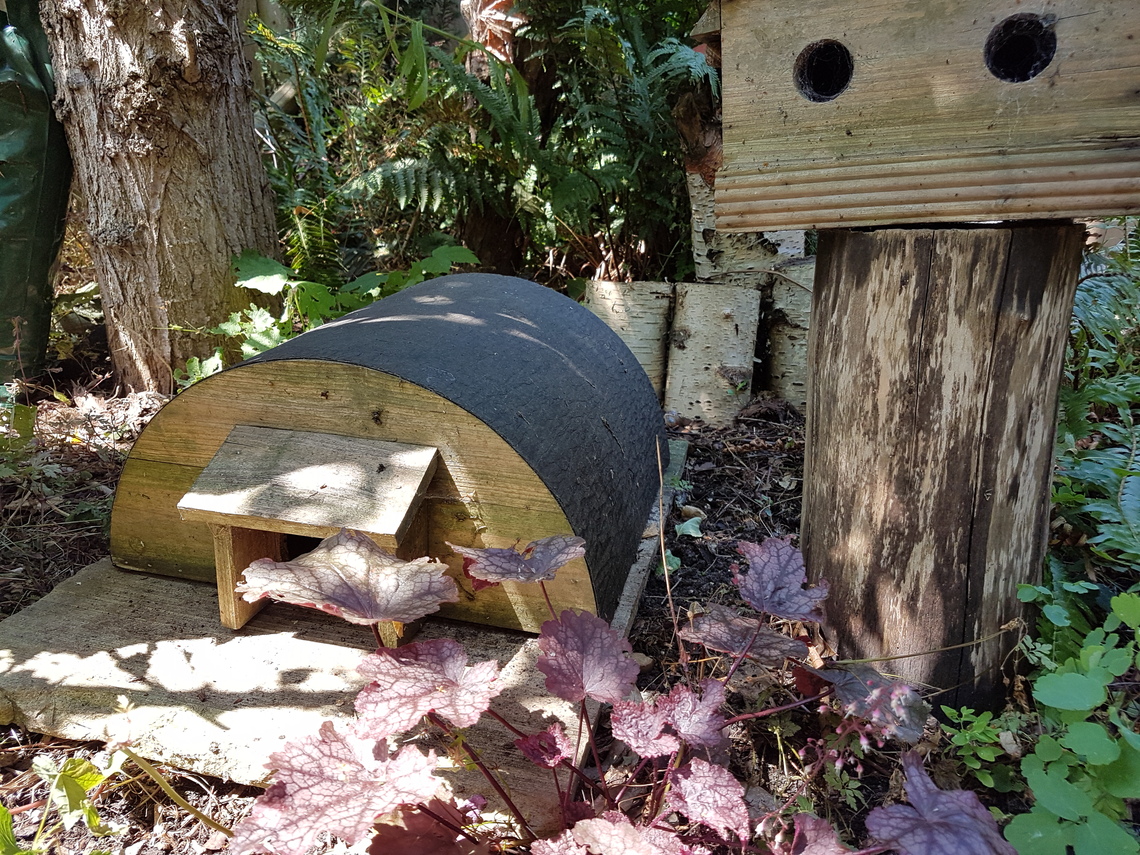 We look forward to the work being carried out at the end of October and participating in the project.

The Sherland Road Garden has once again been awarded GOLD in the "Best Environmental Garden or Project" category!

We were so lucky with the weather when The Conservation Volunteers came to work in the garden.  It was very interesting to learn the ancient art of hedge laying and a huge amount was achieved, including building compost bins, giving the garden a complete makeover, pruning, bulb planting and creating another woodpile. 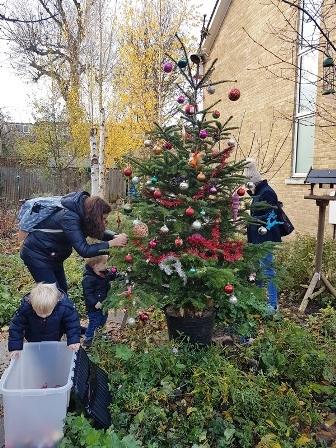 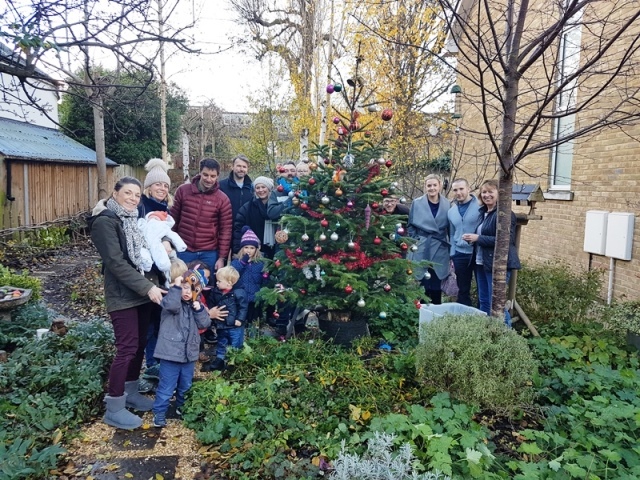 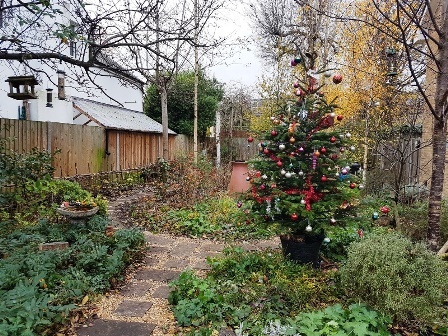