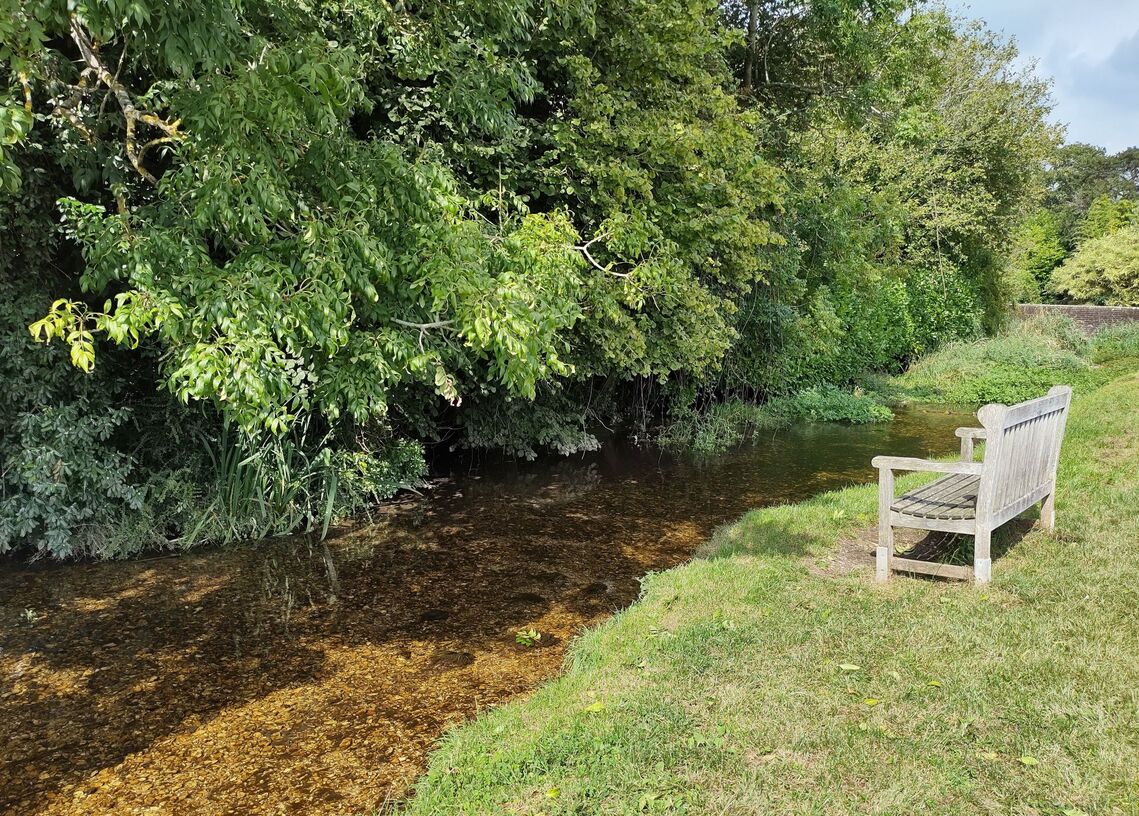 Friends of the Ems, which campaigns to preserve our local river, has welcomed plans to review the local water company’s pumping licence.

The review of Portsmouth Water’s licence is planned by the Environment Agency (EA), the national environmental watchdog, to see if it needs changing.

Friends of the Ems (FOTE) was formed in August last year to campaign for the river, a rare chalk stream that supports threatened wildlife. In September last year, a failure of Portsmouth Water’s augmentation system left large sections of the river dry, with fish stranded and dying.

FOTE believes the licence is totally inappropriate for the Ems, which has such a variable flow. In February, when the river is usually at its peak, there can be 700 times as much water flowing as in a typical September. But the company's licence allows it to remove the same amount of water every day of the year.

Now, in a meeting with FOTE, the EA has said it wants to review the licence in two phases – the first looking at better augmentation and the second looking at longer-term changes to make the licence more sustainable. However, the agency has warned that the work depends on resources being available.

Simon Moody, area director for the agency, said he would like to see better augmentation in place before next summer, when the river is at greatest risk.

A FOTE spokesperson said: “This is a very encouraging pledge from the EA. We are still cautious and will wait and see what actually happens. But after only a year of campaigning for our beautiful river, which is on a cliff edge, this is a major piece of good news.

“Local people have joined us in our fight for the Ems, as have our local councillors and MP, and it seems our voices are being heard.

“It is still important to remember that while water flow is crucial – otherwise there would be no river – we also need improvements to the Ems as a wildlife habitat and to the quality of the water.”

Portsmouth Water says it is also looking at sustainability and to make changes, but has a primary legal responsibility to supply water.

The company is running an experiment over a few days, with the help of FOTE, to see what happens to the river when the amount of water it abstracts is reduced (while ensuring customers’ supply).

FOTE is part of Greening Westbourne. Local people who want to join FOTE can get involved by signing up as supporters. They should email greeningwestbourne@hotmail.co.uk 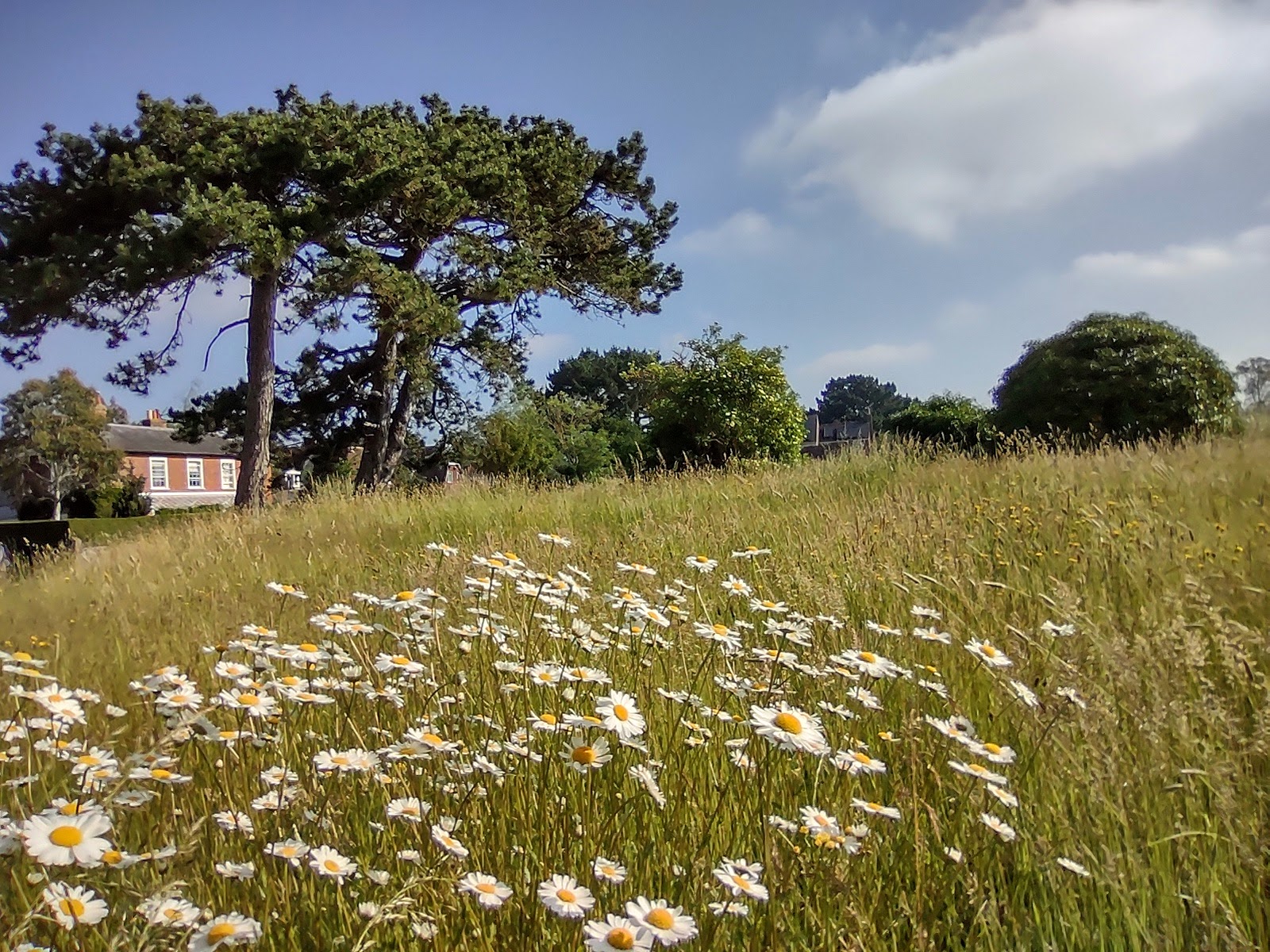 A large grass verge in the village is to become a haven for wildlife, after local residents offered to help look after it.

The area, on the corner of Whitechimney Row and Old Farm Lane, is now being cared for by Greening Westbourne as part of a West Sussex County Council scheme.
The area will no longer be mown at frequent intervals. Instead, WSCC will cut it only once a year, in late summer. Greening Westbourne will help wild flowers to flourish by removing the cuttings. We also hope to restore a hedge.
A strip along the roadside will still be cut by WSCC as before, to preserve sight lines for drivers.
The area is now a 'community road verge' – part of a WSCC scheme to encourage wild flowers, pollinators such as bees and other wildlife. Greening Westbourne applied for the area to be included in the scheme, at the suggestion of Chichester District Council. The project also has the backing of Westbourne Parish Council.
Greening Westbourne chair Richard Hitchcock said: "The area will look different, but it isn't being neglected. It's being carefully managed for the benefit of wildlife, especially bees and other pollinators, many of which are in decline. In time we hope to see many beautiful wild flowers flourish.
"Manicured grass verges aren’t very useful to wildlife. But wilder areas can provide vital food, shelter and nesting areas. I'm sure residents will appreciate a more natural look, and the value it will have for the environment."
Cutting the grass late in the year means wild flowers can bloom for a longer period. By removing the cuttings, Greening Westbourne volunteers will be helping to ensure that the soil isn’t too fertile, enabling native wildflowers to thrive.
The verge is part of a 'wildlife corridor' proposed by Chichester District Council, which would help connect the South Downs National Park to the coast.
Contact us if you would like to help look after the verge.

Save the Ems - watch our video

You can watch a presentation by two of the founder members of Friends of the Ems, outlining why the river is in trouble and how it could be saved.

The Ems: watchdogs must take action

The Friends of the Ems group, part of Greening Westbourne, is calling on the authorities to step up and protect our river from local water companies’ plans.
The Ems, a rare chalk stream, is threatened by the amount of water taken from its underground sources by Portsmouth Water (PW).
Friends of the Ems (FOTE) sees the planned Havant Thicket reservoir as an opportunity for PW to help the river regain a proper flow.
But the company has done a deal which would mean that supplies would be piped out of the local area and used by Southern Water (SW) instead.
Now FOTE is calling on the national water industry regulator Ofwat and the Environment Agency to act.
A FOTE spokesperson said: “The proposal for a reservoir at Havant Thicket gave us hope that the ability to capture and store new water would enable a reduction in the amount taken from the sources of the Ems.
“But it looks like none of the reservoir supply will be used to help our river. Instead, PW and SW have signed an agreement proposing a transfer of 60m litres per day from the local area. There is a proposal to convert seawater to drinking water using a plant at Fawley, which we support. But if this does not go ahead, the amount transferred could increase to 115m litres per day.
“The Ems, with its trout and water voles and kingfishers, is in crisis. The effects of the water being taken by PW are becoming more and more apparent in the summer and early autumn, when flows drop and sections dry up altogether.
“The evidence of damage to the Ems, which has been known for years, should be acted upon. This transfer of water out of this area should not be allowed until steps have been taken to ensure proper flow in the Ems. And Havant Thicket should not be a missed opportunity. Further progress of the reservoir plan should only be permitted on condition that watercourses like the Ems are protected and restored.
“We acknowledge the need to maintain a public water supply in the face of population growth and climate change. But this cannot be at the further expense of fragile habitats, and the plants and animals they support.”
Local people who want to join FOTE can get involved by signing up as supporters. They should email greeningwestbourne@hotmail.co.uk


Wildlife Watch
Spring is here, so we’re relaunching our Westbourne Wildlife Watch campaign, which is all about protecting the local wildlife corridor.
This is the area between the South Downs national park and the sea which roughly follows the River Ems and includes Westbourne.
We have been supporting a proposal by Chichester District Council to make the area a designated wildlife corridor because of its environmental importance.
Wildlife Watch is a way of gathering evidence of the wildlife living locally. The more evidence we have, the more it will be protected from development.
So, please report your wildlife sightings online at www.brc.ac.uk/irecord  For tips on using iRecord and identifying animals, see our Wildlife watch pages.
Endangered creatures are the most crucial to report, but you can also report more common ones, as they’re also under threat. 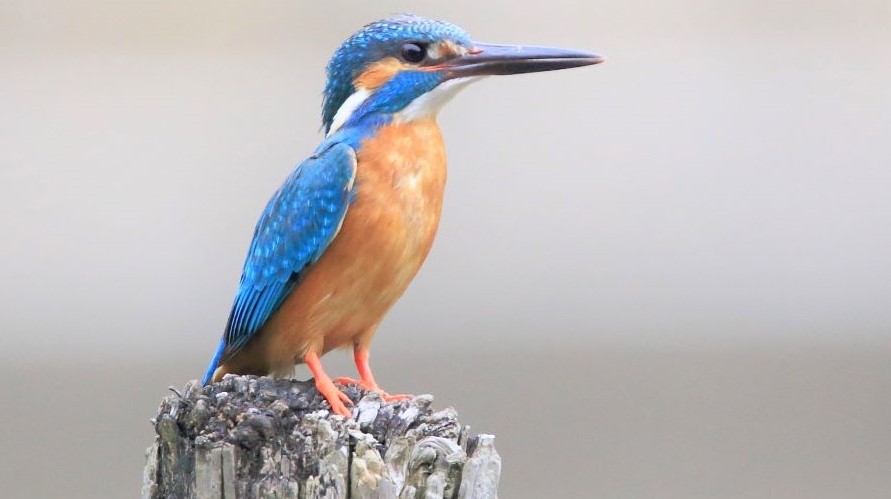 Our Friends of the Ems campaign to save the river has got off to an amazing start.

Local MP Gillian Keegan is backing our fight to reduce the huge amount of water being taken from the river’s underground sources and to restore it as a thriving wildlife habitat.

So is our local district councillor Roy Briscoe and our county councillor Mike Magill.

You can follow Gillian’s work on behalf of the Ems online.

We’re also building links with other groups fighting for rare chalk streams like ours.

Already, the Friends have around 40 local households signed up as official supporters. Find out more about the plight of the river and see an email-writing guide to help you add your voice to the campaign.

FOTE had a meeting this month with representatives of Portsmouth Water, who pump out the water, and the Environment Agency, which monitors this process. Another meeting is due to happen next month.

We're pushing for a short-term plan to increase the amount that Portsmouth Water pumps into the river at times of low flow.

Another idea being discussed is to upgrade the distribution infrastructure so water from the Farlington treatment works can be used to fill our local reservoir at Racton. This could reduce the need to take water from the sources of the Ems.

More long-term, if the new Havant Thicket reservoir is built as planned, we believe it could remove the need to take water from the sources of the Ems altogether. This could not happen until about 2029.

Progress with the EA and PW is slow, and there is a lot of talk from both about further studies.

But we believe the evidence is clear. The Ems is suffering – from pollution as well as a lack of water – and action is well overdue.

If you want to join FOTE, please get involved by signing up as supporter. Just email greeningwestbourne@hotmail.co.uk

We are also keen to receive information, especially written or photographic evidence, that suggests the river once enjoyed better conditions and flows. We are also collecting evidence of how the community or river wildlife has been affected by low flows.

Please use water wisely, as the more we use, the more pressure on our fragile resources.

We’re hoping to hold our annual Christmas tree recycling event on 3 January in The Square, from 10.30am to 2.30pm. Whether it happens depends on what is possible given the coronavirus situation. Keep up to date by following the Greening Westbourne Campaign Facebook page or checking the events section of our website.

Our community orchard at Hampshire Farm Meadows had a good year and is thriving. We’ve sown some wildflower seeds in the area, with more to be sown next year.

We plan to increase our activity on climate change, which was the original focus of Greening Westbourne when we started more than 10 years ago. We’ve submitted a response to the district council’s draft climate emergency action plan, and are liaising with other groups in the South East Climate Alliance.

We’re also working on a project to help us all reduce our use of plastic and lessen its impact on the environment.