The organ in the Church of St Thomas, Bradwell on Sea, Essex 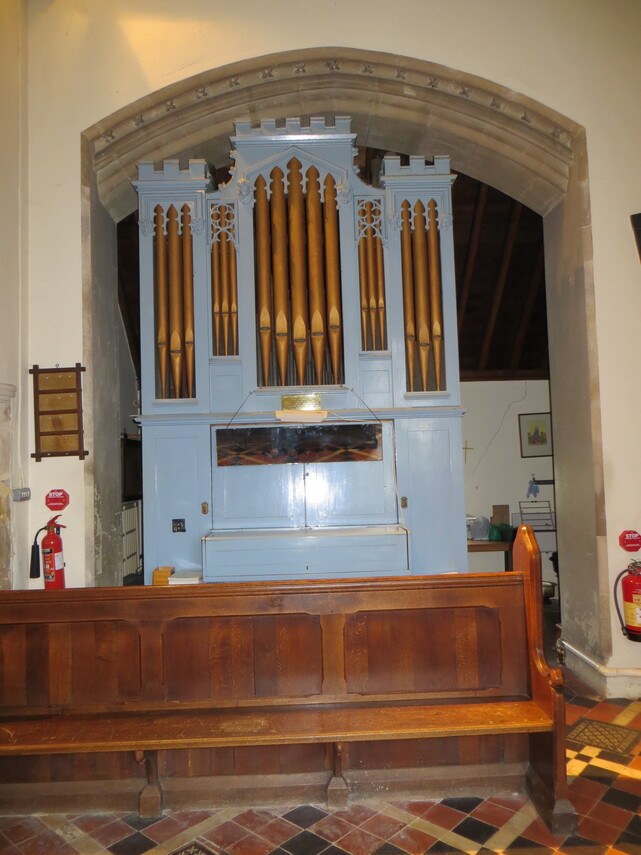 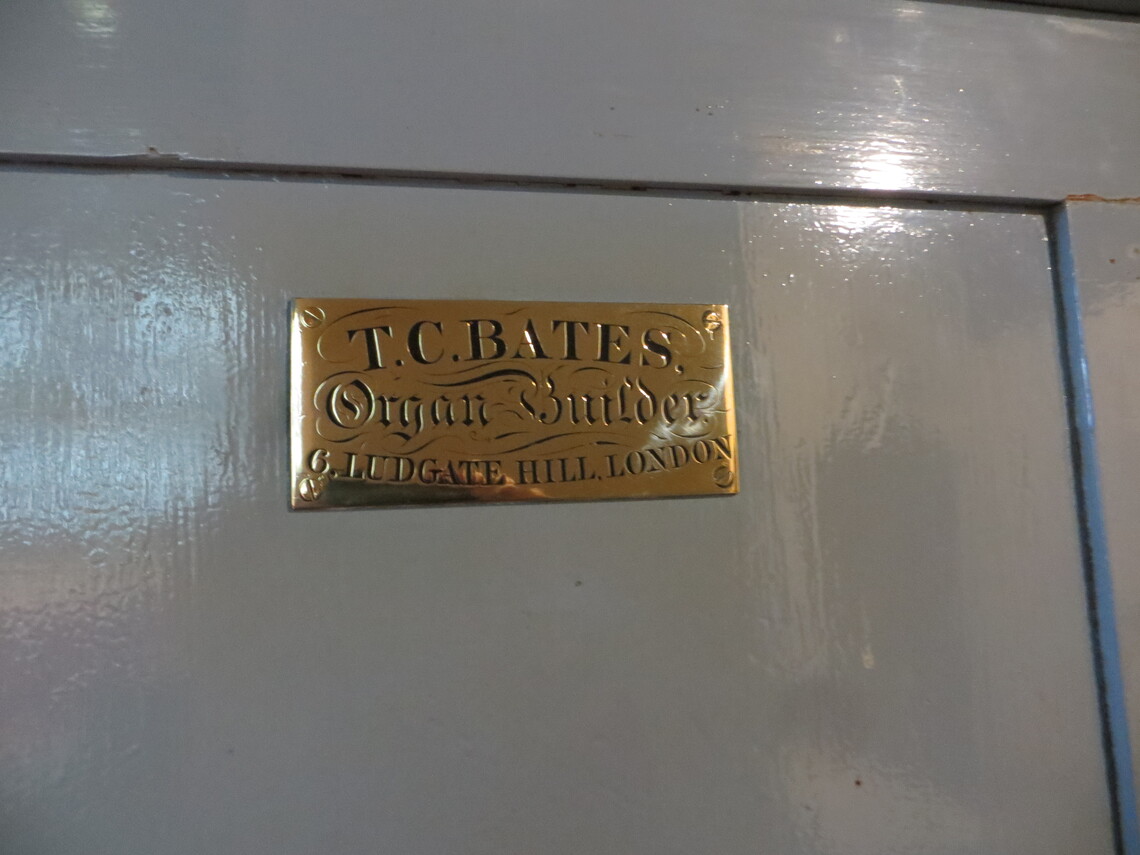 Our Church Organ was originally built by Theodore Charles Bates of Ludgate Hill, London, in about 1840.

Found inside the organ case in pasted an interesting document:

'An ORGAN was erected in the Parish Church of BRADWELL NEAR THE SEA , in the County of Essex, in the year 1842, at the suggestion of the Rev. James Bassnett Mills, M.A. F.S.A. Curate, by whom the following donations were obtained for the purpose of defraying the expense incidental to its cost and erection.

For defraying expenses, administrators were empowered to levy rates (of taxation on local property valuations).

And many others subscribing a total of £80 3s 6d 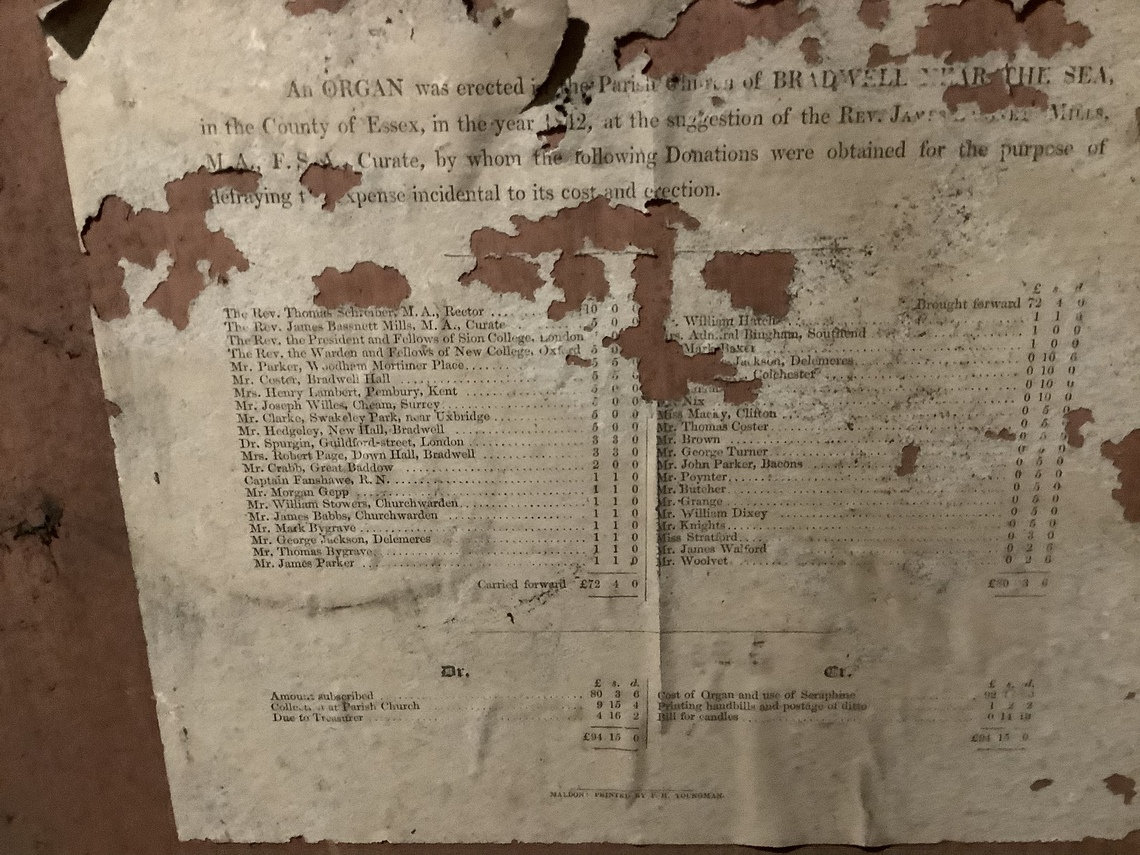 The cost amounts to just over £92 for the cost of the organ and the use of a seraphine.

The seraphine is an early keyed wind instrument, something of a cross between a reed organ and an accordion, being more similar to the former. It makes its sound via the action of air being blown across metallic reeds.

Further history and its need of restoration:

The organ has undergone several during its lifetime. Work has been done by John Rayment Rust, of Chelmsford, Norman & Beard Ltd, F. Francis, 1913. The last major restoration of the instrument was by Cedric Arnold of Thaxted in about 1927,

Although dirty, the general construction and condition of the organ is considered good, with the usual exception of wear in the keys, actions and leatherwork, that should be expected after many years of use. The metal pipe-work requires some attention.

It is suggested that the following work should be carried out:

To have the organ dismantled and send all the pipes to an Organ builder for cleaning, repair and retuning, also clean and repair all moving parts including the bellows, sound box, keyboard and stops. To replace the wiring and service the blower. The remove the 1960’s blue paint and apply a more suitable finish. Finally, to rebuild the organ and tune the instrument.

We hope that you could support the work required on this fine instrument. The work planned will give this organ another 100 years of live supporting worship and events in our parish. 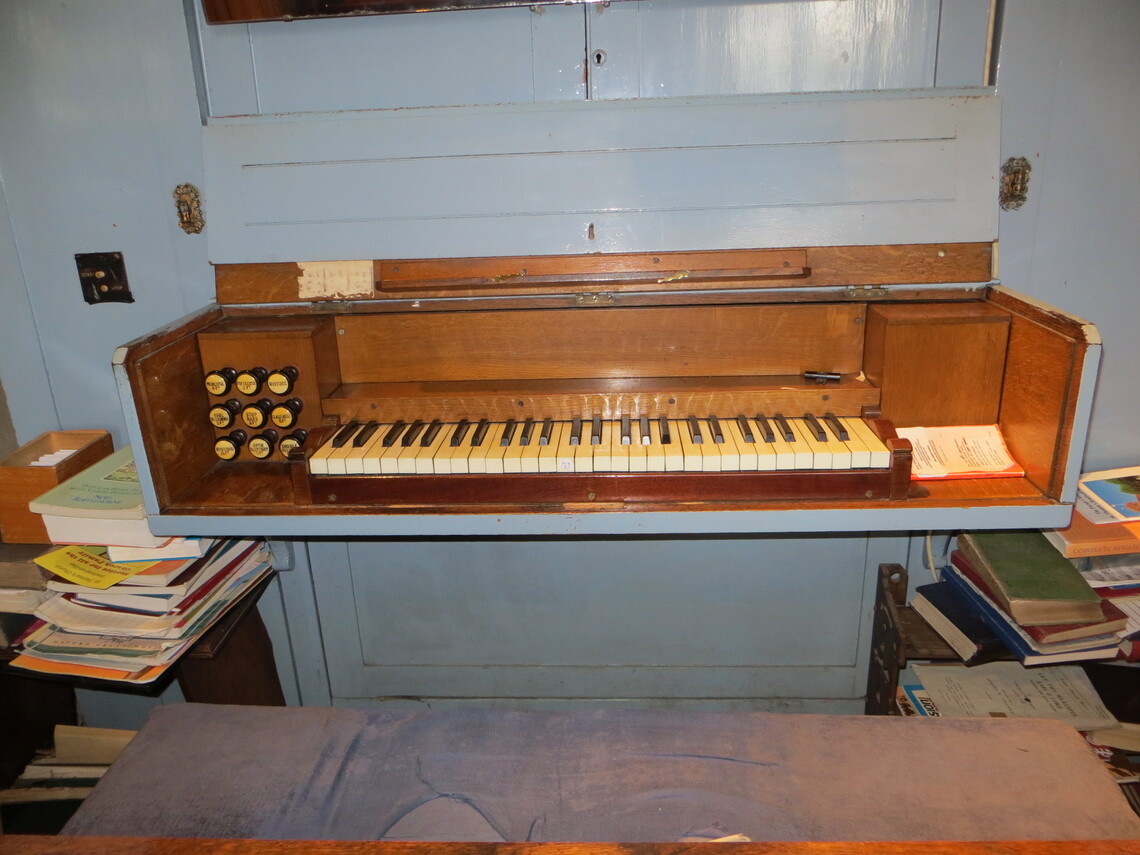 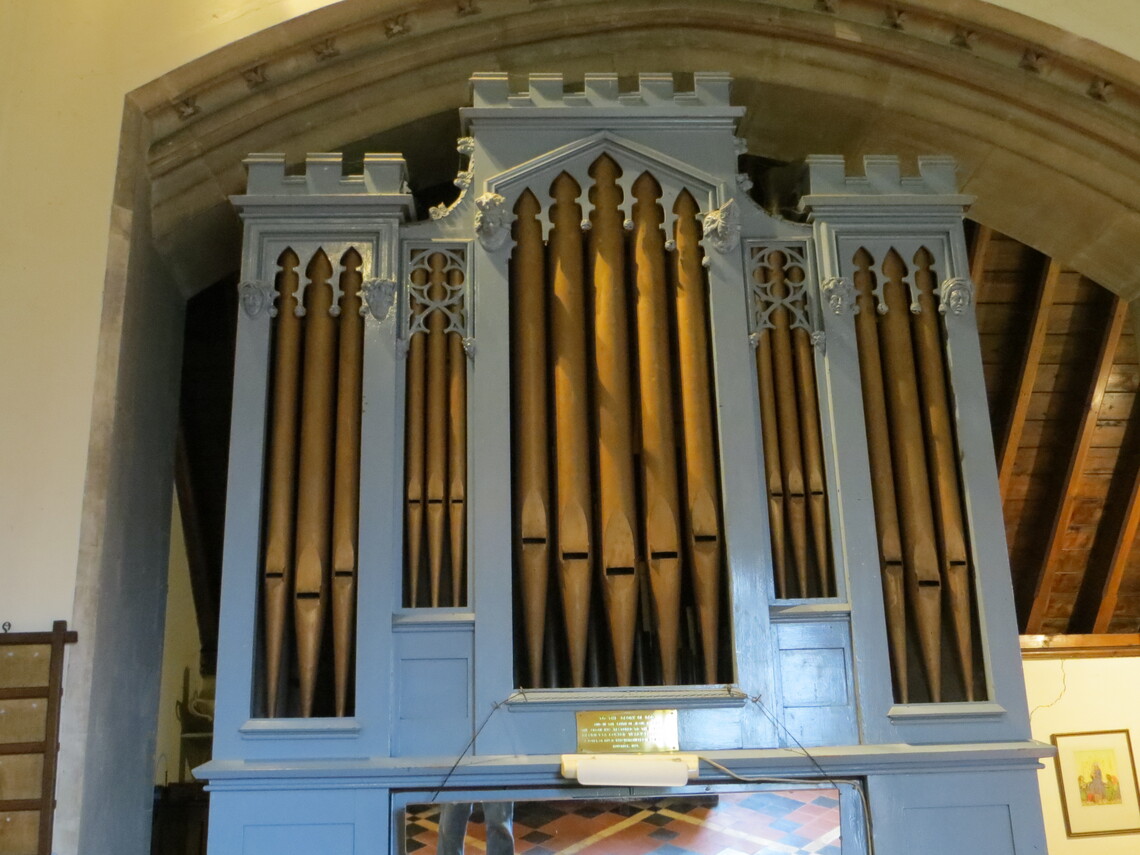