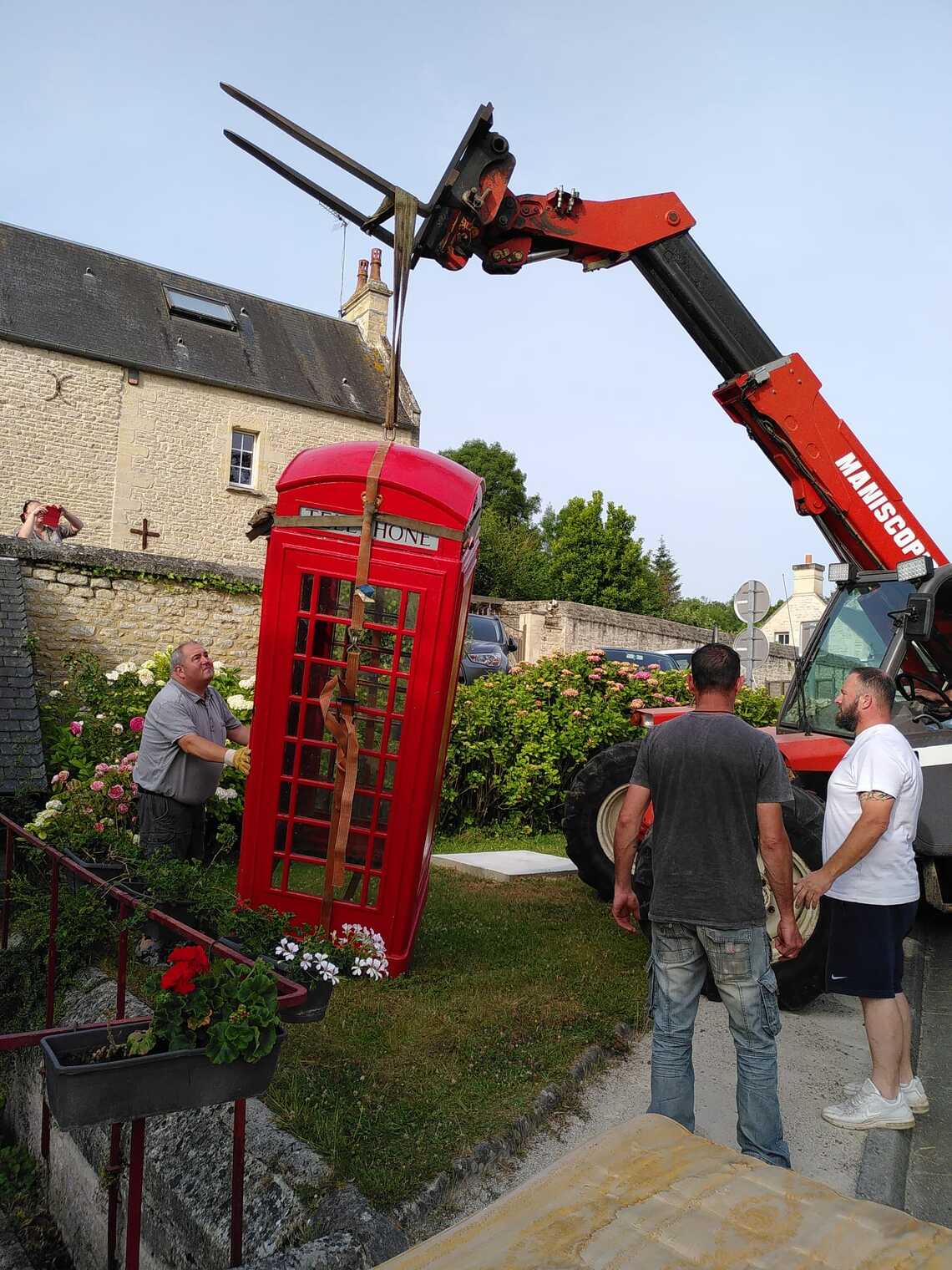 The restored GPO telephone box has finally arrived in Fontaine-Henry. The long-awaited gift from the Scoriton & Buckfastleigh Twinning Association is now in pride of place in the centre of the village.

“It is wonderful symbol of the friendship between our two communities,” says Véronique Mauduit, President of the Fontaine-Henry Twinning. “I hope it will be with us for many decades to come.”

When the telephone box first took up residence on Twinning member Diana Knight’s forecourt in April 2021 for restoration, no one expected it still to be there over a year later.

When COVID struck, all international travel was put on hold. Coupled with new complex export restrictions, the box seemed to be putting down roots.

“I became quite attached to it,” says Diana. “It certainly raised a lot of local interest. But I’m quite pleased to have my parking space back.”

Once restored to its former glory, the box was itching to be on its way to France.

“The next problem was how to transport it,” explains Twinning Secretary Tim Coulton. “The fallout from Brexit meant haulage companies and truck hire firms were not interested – too much red tape. We were left scratching our heads.”

Eventually local couple Andy Caunter and Cathy Farrer came to the rescue. Owners of AGM Garden Machinery in the nearby hamlet of Pridhamsleigh, they volunteered to take it on their truck to France.

They set off on Friday June 17th, the hottest day of the year, with no air-conditioning in the cab. Spotlight, the local BBC TV news, was on hand to film their departure through a flag-waving Twinning guard of honour.

The French Twinners have more than played their part in the project. They have covered all the transportation costs to France and provided the necessary customs documentation.

“It’s been a real team effort,” says Tim Coulton. “We couldn’t have managed without them.”

After the overnight ferry crossing from Portsmouth, the French Twinners were waiting at the crack of dawn to greet Andy and Cathy at the Port of Caen. By 9:00 am the box was already in its permanent home in Fontaine-Henry.

“The telephone box has become a potent symbol of our 40 years of friendship with Normandy,” says Twinning President Anne Goulborn. “We are using its image on our 40th anniversary commemorative plaque, and it will even feature on beer bottles courtesy of local organic brewer Barnaby’s.” 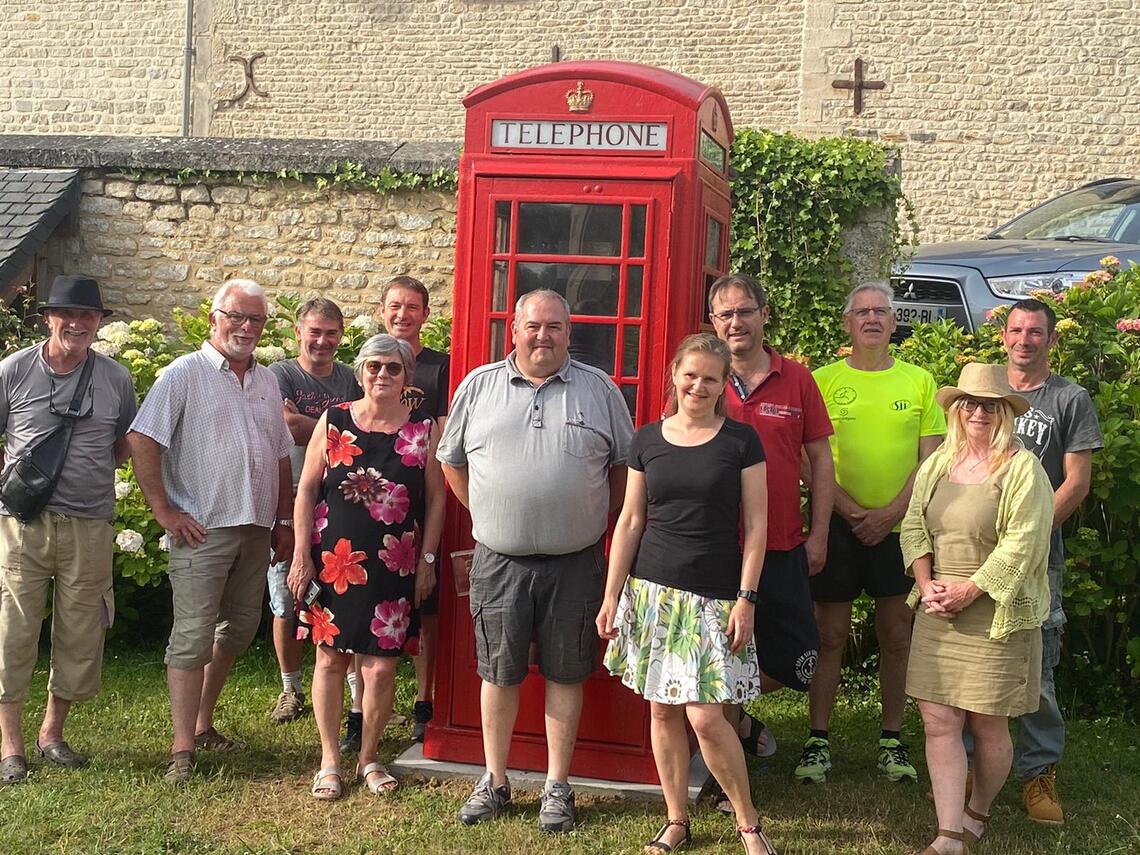