In the 1930s Pevensey Bay saw many new buildings in the Modern style. One of these, now demolished, was the Seachange Villa in Sea Road. It was here, on Boxing Day 1936, that Captain Storey used his service revolver to kill Charlotte Holland and himself.

Charlotte Holland was 50 years old and was Storey’s housekeeper. She had been born and raised in Pontblyddyn near Wrexham. Under her maiden name of Charlotte Garston she did well at school, and became a schoolteacher. She married a clerk called  married Bertram Holland, and the two of them went to Canada, but on his death she returned to Britain, and found herself in the 1920s managing a small hotel in Brighton. It was here that she met Captain Storey.

Theophilus Monkton Milnes Storey was 43 years old at the time of the shooting. He was the son of an elderly father, and he was raised by two restrictive aunts. On coming of age, he acquired a fortune of £40,000 and soon went off the rails. In 1915 he joined the army, serving as a cavalry officer in the Lincolnshire Yeomanry. He was transferred to India for a short period, and was temporarily raised to the rank of Captain in Skinners Third Horse. On his return to England he became a lieutenant again, and when he relinquished his commission his rank was recorded as full lieutenant. It is not clear that he was entitled to call himself Captain in civilian life. A retired lieutenant should be referred to as plain ‘Mr.’

He was in a group of ‘pernicious’ friends and drank excessively. He decided to marry the actress Joan Meynell who refused him many times but eventually agreed to the match. They lived in Beaconsfield and he still drank too much. He sometimes fired his pistol while drunk, and explained to the neighbours that he had been shooting rats. Joan eventually persuaded him to live in Mullion, a long way from his London friends. Eventually she found the strain on her health too much, and left him. It was shoirtly after this that Storey met Charlotte Holland in Brighton.

For six or seven years Charlotte was Storey’s housekeeper, and in 1936 he began visiting Pevensey, scouting out a suitable place for them to live. In October they moved into Sea Road. Storey was later described as having a secretive and morbid existence. Storey visited the Bay Tavern nearly every day for the time they were in Pevensey, but the landlord of the pub, Mr Frake, described him as reticent.  Exactly how Charlotte fitted in to this life is unclear. For the previous four years, she had been out of direct contact with her family, although in Pevensey she did have one old friend, Hilda Drake, who lived in Brodrick Road, Hamden Park.

Hilda visited her friend on Boxing Day at about 18.00, and Charlotte said that Storey had been drinking. The two women were in a back-room downstairs and Charlotte indicated that she was going upstairs to see Storey. She was out of the room for three minutes and Charlotte shouted ‘he has shot me’.  Hilda hear a shot and went into the lounge, where Charlotte was facing the stairs. She fell down and Hilda saw Storey upstairs with a revolver in his hand. He fired at Hilda, but she dodged behind the kitchen door and

climbed out of the window. She made her way to the post office for help. At 18.40 pm Police Constable Norris received a call to say that Storey was drunk and had shot at a woman.

Meanwhile, Doctor Stuart Hogg, who lived at Avondhu in Westham, had received a call saying that a man was drunk at Seachange and had a revolver. There was no mention at this point of shots being fired. The call was from an unknown woman, presumably Charlotte. Dr Hogg went to Seachange, where Storey tried to prevent him entering. But Hogg heard a woman’s cries and pushed his way in. Charlotte was writhing on the floor. While the doctor attended to her, Storey went upstairs and fired a shot.  At 18.55, PC Norris arrived. He and Dr Hogg went upstairs and smashed the door of Storey’s bedroom. Storey had shot himself cleanly through the head with his .45 revolver: he died before Charlotte. 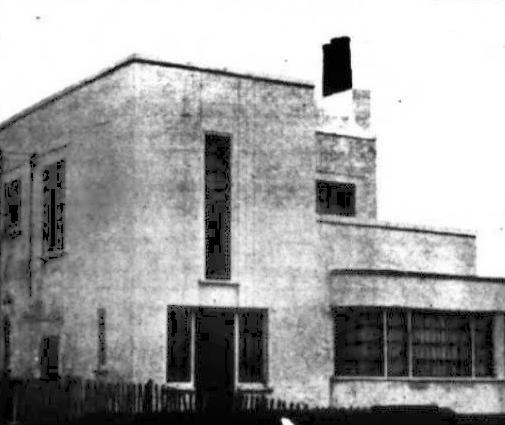 The Seachange villa and Charlotte 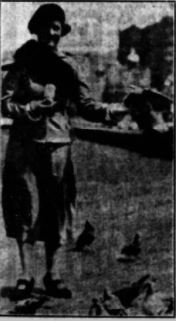 The inquest was opened very quickly, but was delayed by the ill-health of Hilda Drake, who suffered from serious shock. It was held in Pevensey’s Court House, and the tiny building not only had to house the jury and the witnesses, but also had to allow 18 representatives of the press to listen to the proceedings.

The coroner was explicit that this was a case of murder and suicide. If Storey had regretted his murder there could be a case of suicide whilst not of sound mind. But he said. “He shot her and did not even come down and take her in his arms and say he was sorry. There was no sign of sorrow or repentance.”