Old Mrs Field, Horace's wife, was one of those typically warm, round ladies with grey-white hair who always wore a wrap-round brown housecoat-cum-apron, except, of course, when she was out in her Sunday best. 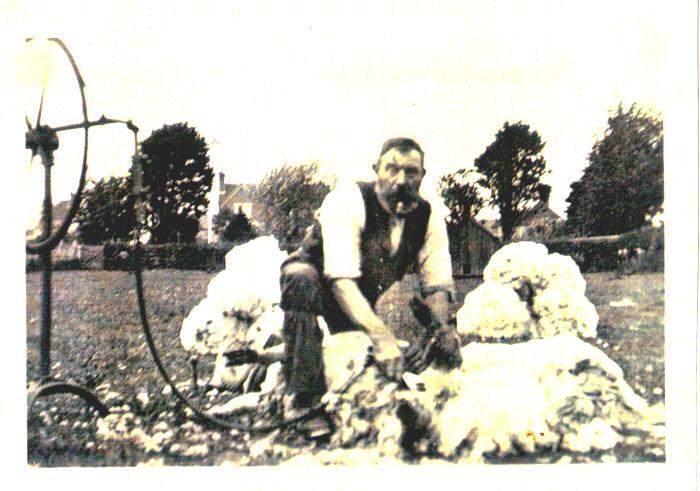 He had to know exactly the number of animals in each field,and count and inspect them to ensure their safety and well-being. He performed many other related jobs

Horace had a typical countryman’s bearing, a magnificent face of beard and whiskers, and a glorious Sussex accent. His stories were legion, and his singing of old country songs was renowned far and wide. Visitors flocked to the New Inn for a sight of Horace, a chat, and – if they were lucky – to hear his old songs, most of which were recorded  and some of which were broadcast on radio programs.

There was always some visitor eager for the privilege to buy Horace a drink, and a fair part of his considerable thirst for beer was satisfied free, gratis and for nothing.

Horace was rarely missing form his church seat next to the aisle half way back in the north side pews. From there his strong voice could be heard above the whole congregation in his enthusiasm to sing the praises of his Lord.

The photograph of Horace Field was taken in 1930. Horace is using a hand-cranked sheep shearing machine.