On Friday 16th July The Firs at Whitchurch played host to a group of visitors who had fond memories of the building but had not returned to the house for many years.

One guest, Edward Daily from Aylesbury, had been there during WWII and had many memories of his time at The Firs; another, Ian Fraser, worked for the steel making company that acquired the building after the War; there was also Audrey Copeland from Whitchurch whose late husband had worked in the place dubbed as Winston Churchill's Toyshop. Another guest, Gordon Rogers from Long Crendon, was only a young boy in 1942 who really did treat the establishment as a toyshop. 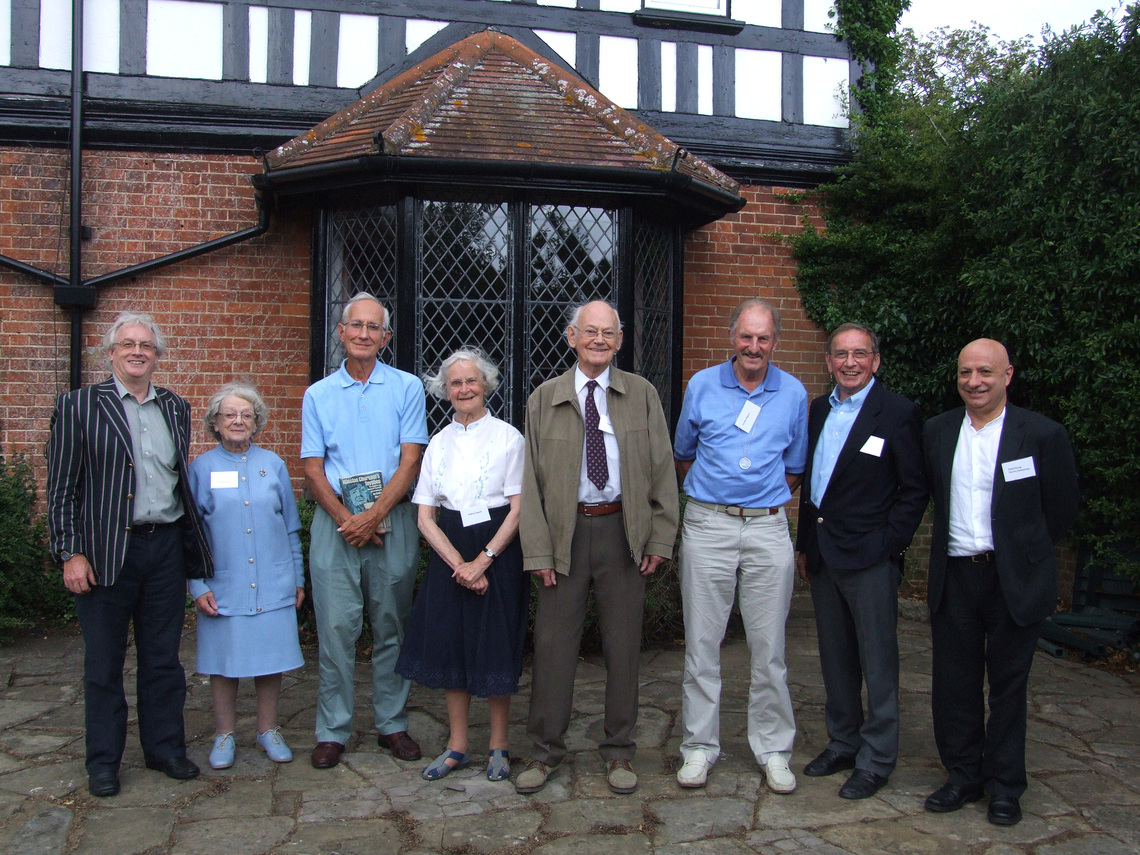 The Veterans Day was organised by Christopher Mann,Chairman, Plenham Ltd, the current owner of the property. Resulting from articles which appeared in the Bucks Herald and on Whitchurch Village web site, there were seven people who contacted him with memories they had of the building. Most were able to accept the invitation from Mr Mann to revisit The Firs. 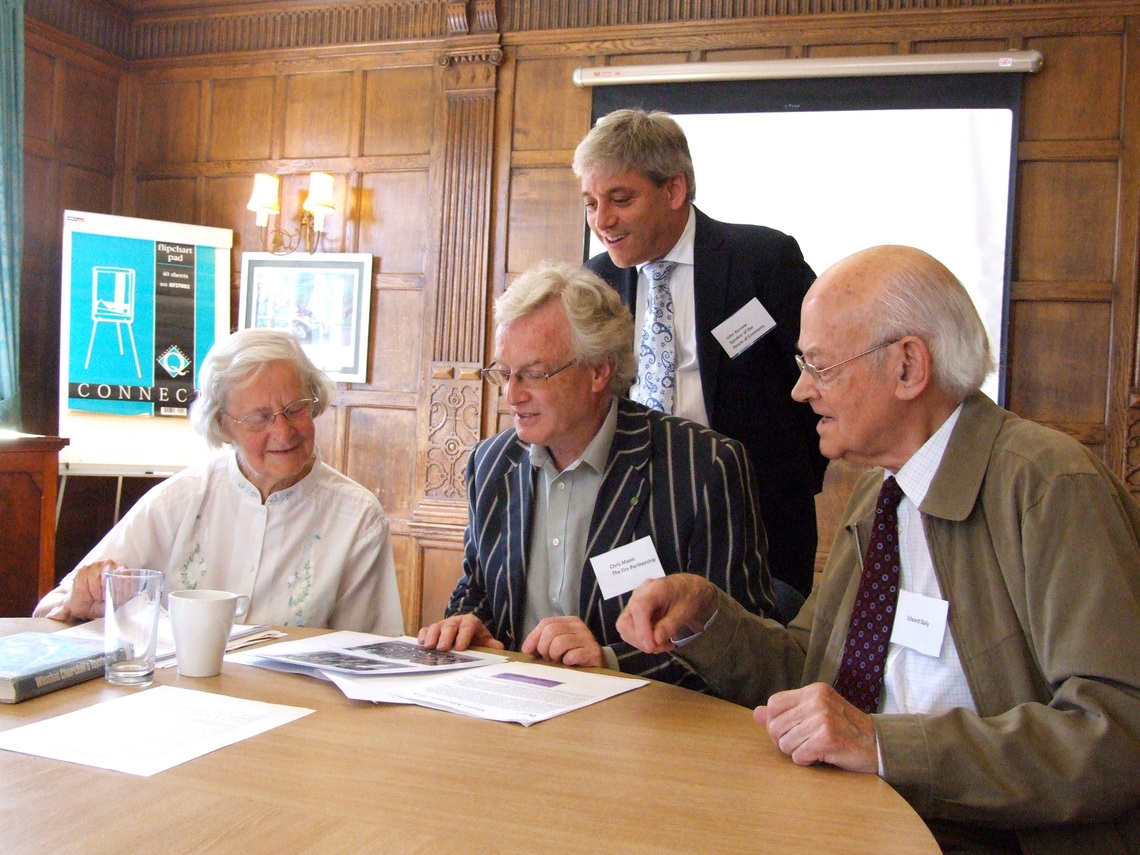 Also present but hardly a veteran, other than of General Elections, was John Bercow MP, Speaker of the House of Commons. It was The Firs that he chose as his headquarters when he stood recently seeking re-election as MP for the Buckingham constituency. He did add, however, that he was a great fan of Winston Churchill who was the champion of MD1 which was based at The Firs during the Second World War. 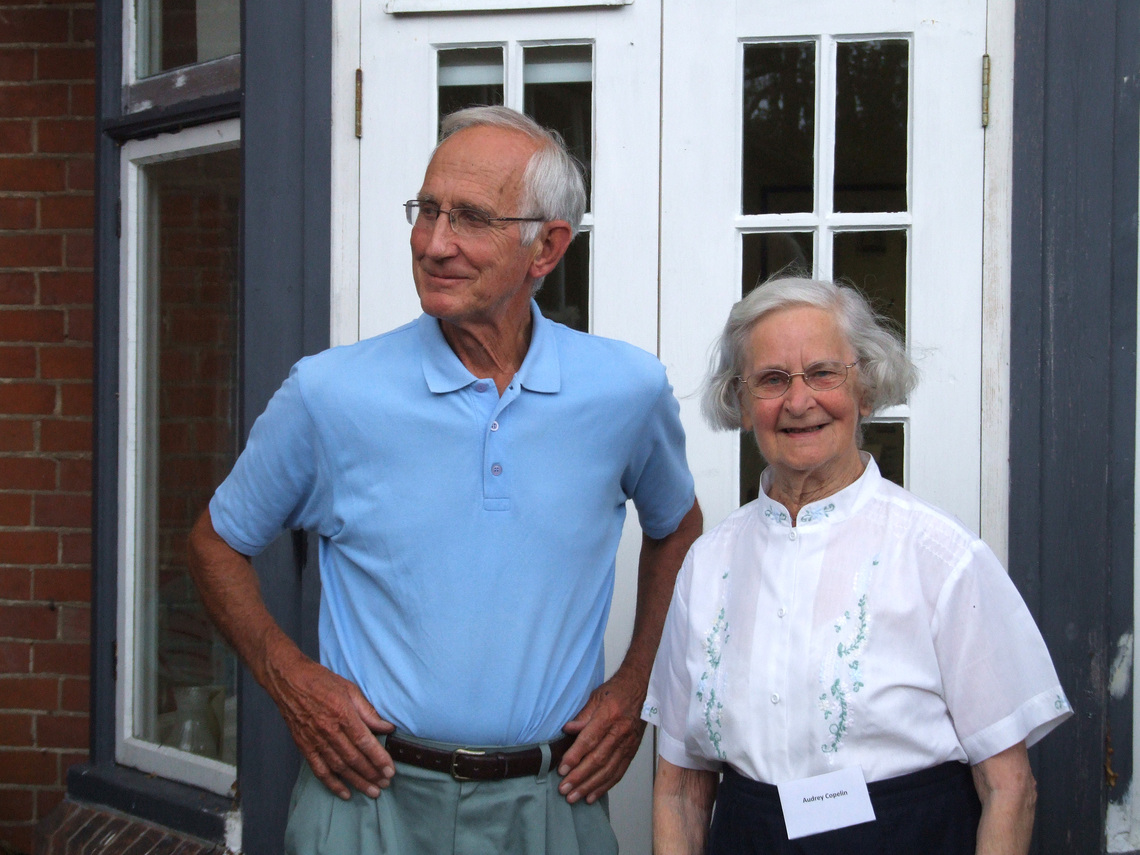 A late arrival, and totally unexpected, was John Macrae, son of Colonel Stuart Macrae, second in command at The Firs during the war and author of the book “Winston Churchill's Toyshop”.  Mr Macrae was passing close to Whitchurch to attend a family wedding when he decided to take a detour to look at The Firs.  It is not known who was the most surprised.  Mr Macrae or the assembled veterans.

[ By Editor; Directly following his visit to The Firs Edward Daily put his memories into print under the title "My time at The Firs".  This makes fascinating reading giving an insight not only into the wartime business of MD1 but also the interaction between those at The Firs and the villagers of Whitchurch and we are pleased to publish this on the Village Website.]

Below are some responses received by Mr Mann which encouraged him to arrange the Veteran's Day.

Edward Daily; "I worked there during the war for nearly five years as an assistant to one of the 'Experimental Engineers' reporting to Colonel (then) Macrae. I think we must be very thin on the ground as I was one of the youngest men there and I am 84."

Gordon Rogers; "Reading the Bucks Herald article you may be interested to know that I have some knowledge of The Firs from 1942. Aged twelve, like many of my contemporaries, explosive devices held a fascination. A close friend was the thirteen year old son of the Vicar of Albury and, at The Vicarage we had assembled a store of munitions including 303 bullets, mortars, signal rockets, bazookas and we even had a bren machine gun. Word went round that something was happening at Whitchurch and three of us cycled over to have a look. We came across two Nissen huts, the doors of which had been forced open. There were things there that we did not recognise but our interest was centred on the spigot bombs (for their gelignite content) and some fuses that we had not seen before. They were built like a tyre pressure gauge and could operate for 24 hours. I actually tried one at a spot in Stubbings Wood at Tring, which I could see from a bedroom window, with two pounds of gelignite. Timed to go off 10 hours later it actually exploded ten minutes late."

Ian Fraser; "I worked there from December 1956 until February 1965 when it was the Central Research Laboratories for the steel making company Richard Thomas & Baldwins.

We were aware then, of some of the wartime history of the place and had been told that the PIAT gun and some anti tank weapons had been developed there but we were told that the house had originally been built for Nubar Gulbenkian the local millionaire. This is at odds with the information contained in 'Around Aylesbury' by Robert Cook (Budding Books) where a rather nice photograph of the house includes the suggestion that it is one of seven mansions built around Aylesbury by the Rothschilds. My personal opinion is that it is not in the same style as any of the other Rothschild mansions and the Gulbenkian version is more probable.

My understanding is that Richard Thomas and Baldwins moved in to the property in about 1953 to set up a central research facility to support their steelmaking and processing plants in Ebbw Vale, South Wales, Scunthorpe, Lincolnshire and Irthlingborough, Northants.

Three main laboratories were established in the best of the temporary wartime buildings, these being Physics, Chemistry and Metallurgy with and engineering support facility located in what had been garages or possibly earlier stables.

The mansion itself was used for management offices, library and dining rooms. The Director of Research lived in a flat on the top floor of the mansion and three junior members of staff rented houses/cottages on site.

During my time there, three of the other unused old buildings were refurbished to establish labs for studying Corrosion, Vitreous enamelling and Ceramics.

In the 50s, the property included three excellent tennis courts on a terraced area to the south end of the site and these were used throughout the summer by many members of staff, there was also a small social club and bar in old buildings adjacent to Featherbed Lane which was run by staff in their spare time and very well supported both at lunch time and evenings.

The only direct link with the wartime activities that I can remember is that in one of the old buildings we found boxes containing MOD radio transmitters and suchlike electronic equipment.

Richard Thomas & Baldwins moved out at the end of the 60s when the research facilities were moved to a site on the steelworks at Newport. I know that there are several other employees from that time living around Aylesbury so you may get more detailed information from them.

I hope that this little bit of information may help you develop a better history of the property."