Books on Sale on the History of the Village 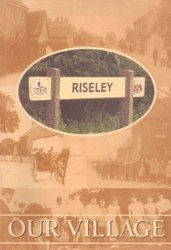 Published in November 2000 it was our first published and outlines the history of the village from the Domesday to the present. It was totally generated from within the village research from the archives and memories of the villagers themselves.   All original copies of this book have now been sold but it is hoped to republish in the near future. 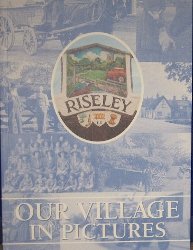 Riseley Our Village in Pictures

A book mostly of photographs from our large collection which have been arranged in the book as though walking though the village in a 'then and now scenario'. The book also features paintings of various aspects of the village seen through the eyes of a local artist.

Originally published in 1919 it reflects the thoughts and experiences of a Riseley inhabitant called Mary Frampton. The author changed the village name and the people featured but eventually some of the names were identified. The Society has faithfully reprinted the book in its original style and content. 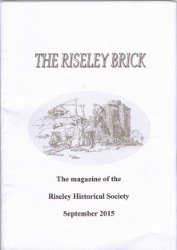 Free to members this annual pamplet is published each August and features items of local interest and details of the lecture programmes.