The Tower Is of timber construction and stands at the West end of the church. As with most Essex towers, posts rise vertically at the four corners of the structure with a series of 'X' bracings between, at various levels. Between the first and ground floor levels diagonal bracings and posts run outside the tower's immediate plan area in order to provide additional stability. Originally, the four bells hung at the top of the tower and the old timber framework can still be seen. More about the church at St Margaret's Church.

The original bells are of medieval origin and it is the only medieval ring of four bells in the county, but they are not the oldest bells.

The treble bell cast by Thomas Lawrence in early sixteeth century (probably 1530) and has the inscription 'Sancte Johannes O Nobis'  (St John pray for us) with crowns over each first letter and is stamped on the crown alternately with a rosette within a dotted ring and an oblong with a figure of St. John the Baptist. It weighs 5 hundredweight, 2 quarters and 16 lbs. Note 'D flat'.

The second bell was cast by Culverden around 1500 (probably in 1510). It has been identified by his foundry shield which is a 'Culver' or pigeon preceded by his initial 'W' and followed by the letters 'de'. The inscription reads 'Sancta Margareta Ora Pro Nobis' (St Margaret pray for us) and again has crowns over each initial letter. It weighs 7 hundredweight. Note 'C'.

The third and oldest bell cast by Robert Burford (died 1418 aged 26) in around 1410, The inscription reads 'Sit Nomen Domini Benedictum' (Let the name of the Lord be blessed). It weighs 9 hundredweight 12 quarters and 17 pounds. Note 'B flat'.

The fourth bell was cast by John Walgrave in about 1480. The inscription reads 'In Multis Annis Refonet Campana Johannis' (For many years let John's bell resound). It weighs 10 hundredweight 2 quarters and 0 pounds. Note 'A flat'.

Nothing changed over the next four centuries and at times lay dormant. However in 1931 these bells were re-hung and lowered to the present level on a new oak frame where a space was left for a fifth bell. The work was carried out by Alfred Bowel.

Then in 1995 The Essex Association of Change Ringers were looking for somewhere to hang a new bell in memory of the late George Eve who had been the Honorary Secretary from 1973 to 1983. The existing frame with a space for a fifth bell was felt to be suitable, but the existing bells needed to be rehung because the parts were worn. This was carried out by the Association in 1996. The bell was cast at the Whitechapel Bellfoundry  on Thursday 23 May. After the refurbishment of the four old bells (in memory of Les Catterwell Tower Captain at St Margaret's church from 1981 to 1988) the rehanging began on Monday 1 July and was completed in time for the service of dedication on 31 August.

The new treble bell has the inscription ' In memory of George R. L. Eve 1913-1991 Honorary General Secretary of the Essex Association of Change Ringers 1973-1983'. It weighs 5 hundredweight 1 quarter and 27 pounds. 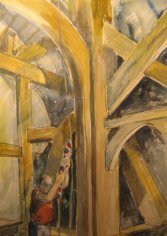 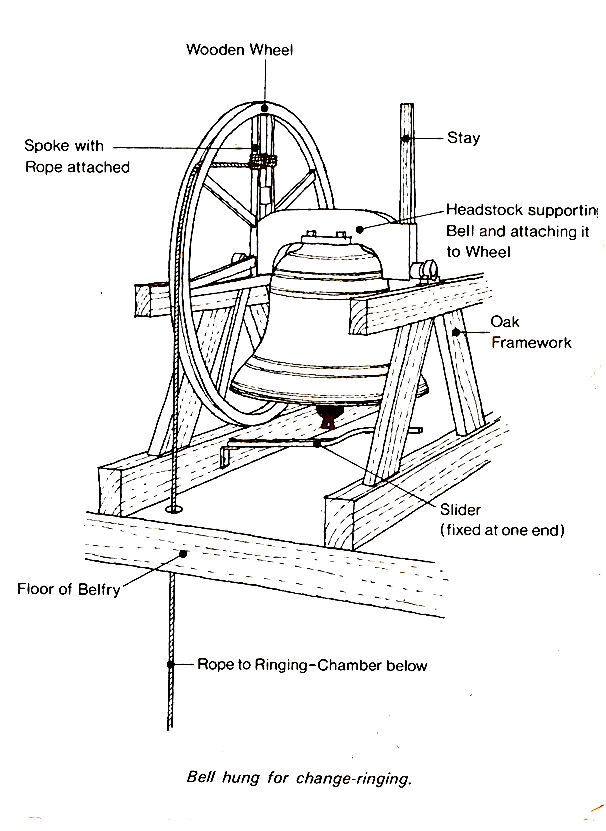