Exhibitions at the Museum in the Park

We have lots of displays in various rooms throughout the Museum covering a whole range of themes throughout Maldon's social history and showcasing examples of how life once was.

As you step into the museum you will be greeted by our wonderful volunteer stewards just on the right behind the counter. They will greet you and offer you a guide and entry ticket(s) on transaction. Directly ahead of you, you can see parts of the Museum Shop stocked with local interest books, second hand DVDs and CDs. Above the shelves you can see three wonderful paintings by one of our former volunteers Liz Willsher depicting Maldon through time. 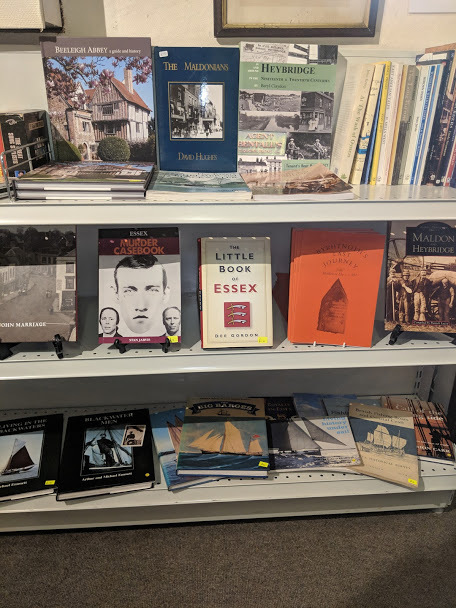 Immediately left and past the counter you'll come into the Long Room. In this room you will find that there is plenty to see! One the left wall you'll find examples of items used in boat and ship building, items used by the Maldon Constabulary and a timeline of Maldon's major events through time. On the right hand side you'll find a mockup of a bakers bread oven and a vintage shop front showing off all sorts of branded tins and items from the past. At the end of the room, you'll find a tricycle used by Kathleen's Kitchen, an old Penny Farthing and the old 'Merryweather Manual Machine' used by the Maldon Fire Brigade in the late 19th to early 20th centuries. 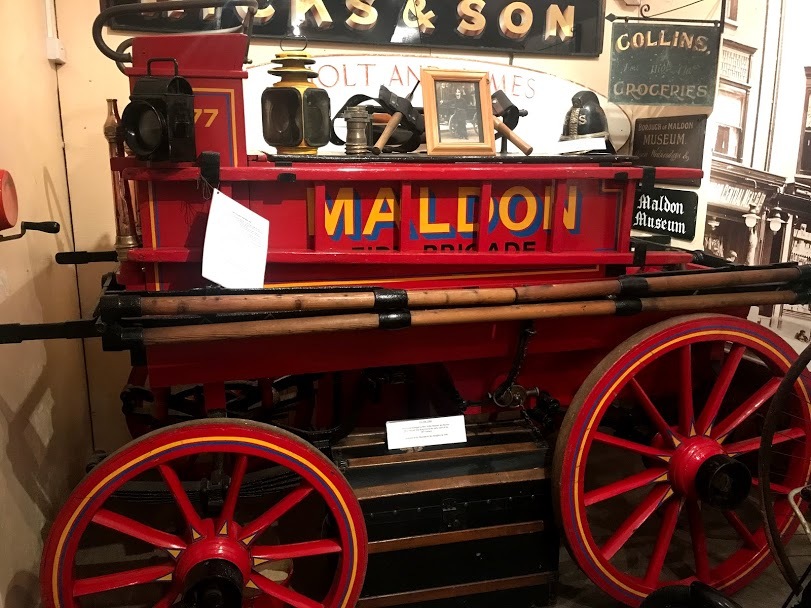 After you’ve stepped back past the front counter you’ll be in the Main Hall. On the left wall you’ll find our exhibition called Stones, Bones and Old Pots with some of our archaeological pieces and a specimen of a human skull that was recovered at the time of the building of the Chelmer and Blackwater Canal. On the right hand wall you’ll find our Time and Tide display showing how life once was for fishermen on Maldon’s waterfront as well as old photos showing the Promenade through time. On the back wall you’ll find a model of Maldon East railway station and other photos and artefacts representing Maldon’s railway heritage. 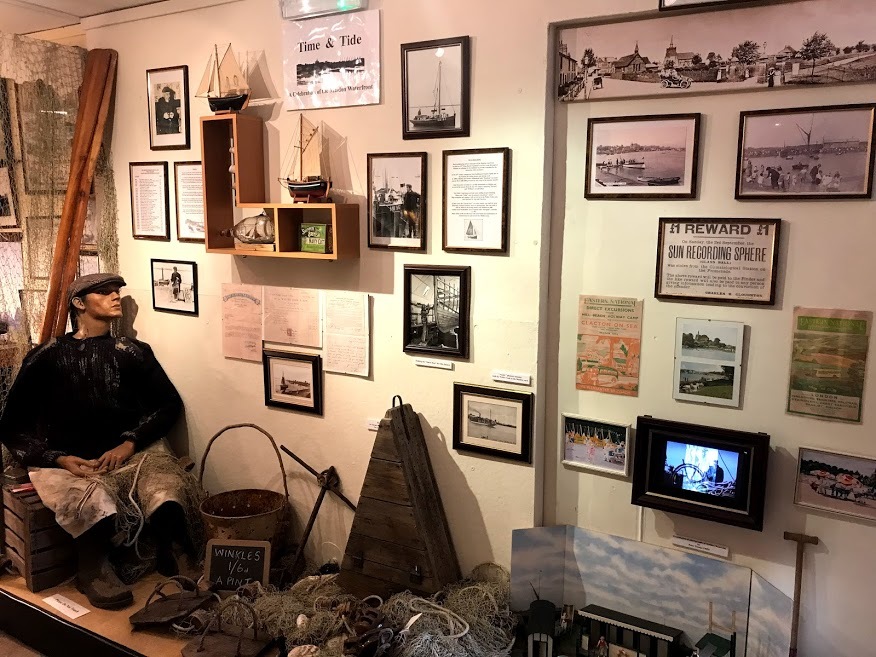 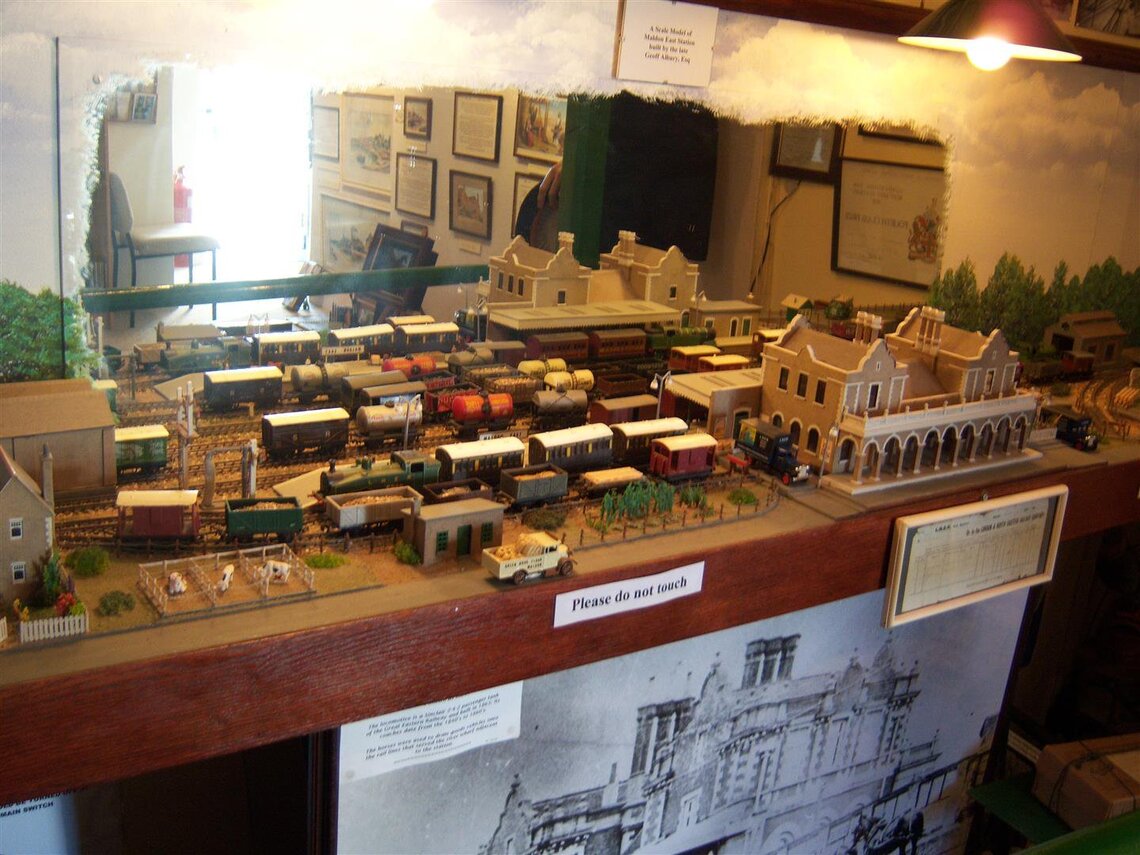 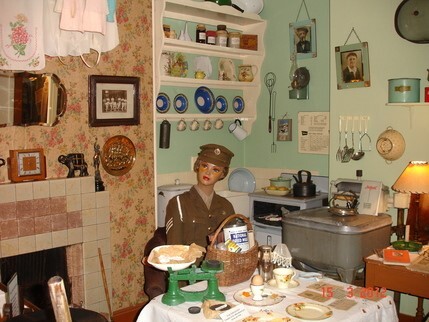 Continue on into the Victorian Scullery or wash room for a glimpse of what work may have been like for a Victorian scullery maid or  washerwoman. You’ll find examples of old press irons, items of cloth and a mangle for wringing out linen amongst other items. 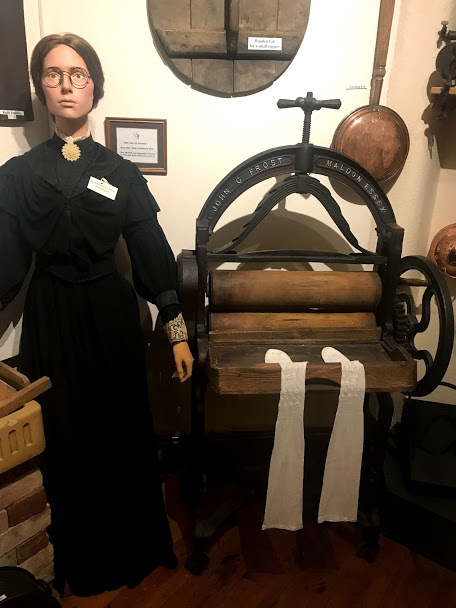 Continuing the Victorian theme we come to the Cath Backus Room named after the original founder of the ‘Maldon District Museum Association’. In here you’ll find a variety of objects related to the 19th Century including medals and coins, ornaments, an organ and a Thomas Edison phonograph c. 1900 as well as various displays relating to Maldon during the era. 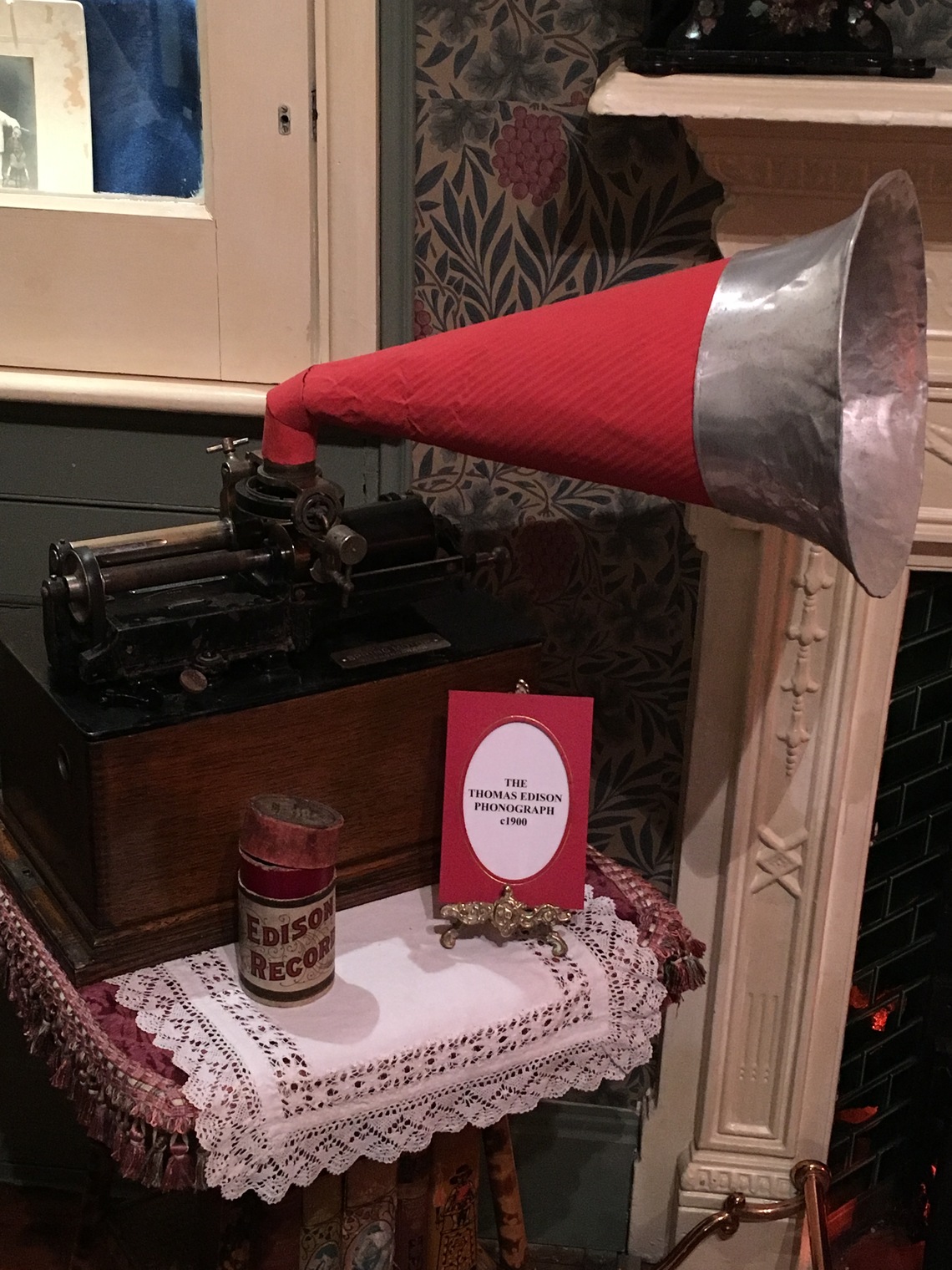 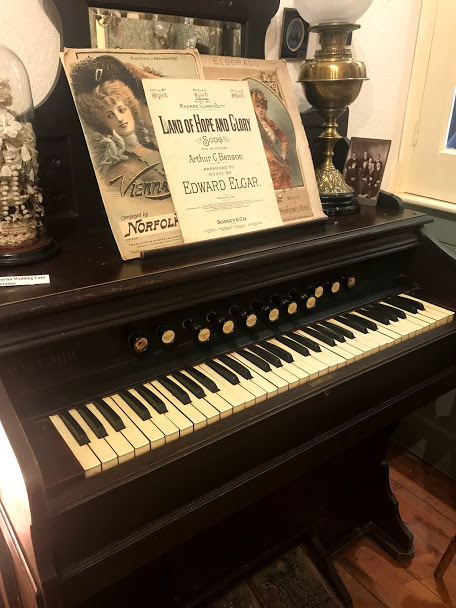 Back on yourself briefly at the bottom of the stairs you’ll find displays relating to Maldon’s theatre and cinematic past as well as an area to sit to view our Audio/Visual display which gives a detailed talk about the displays in the Museum for our visitors with disabilities who may not be able to walk up the stairs. Upstairs on the landings you’ll find a small display of taxidermy, on the right, a small display about HRH Queen Elizabeth II’s two visits to Maldon. Over on the other side is a display of 19th century rifles and at the very top of the stairs, a display on one of Maldon’s most famous residents Edward Bright aka The Fat Man of Maldon with updated information about him provided by local historian Lynne Raymond. 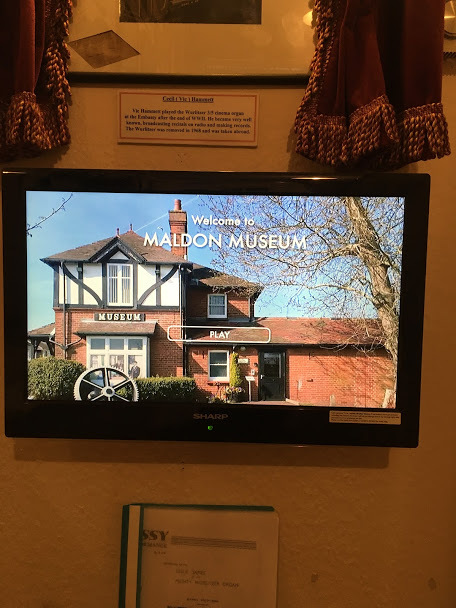 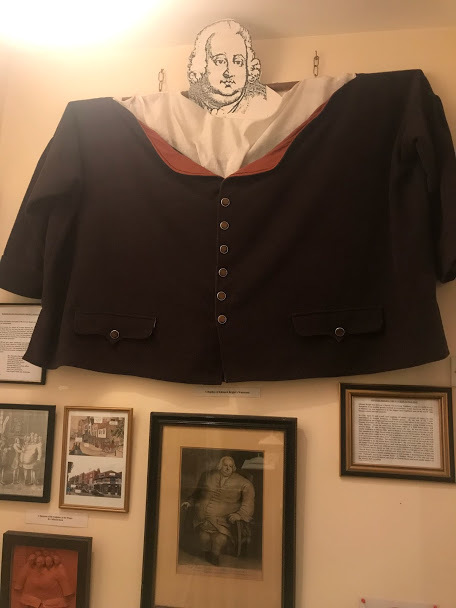 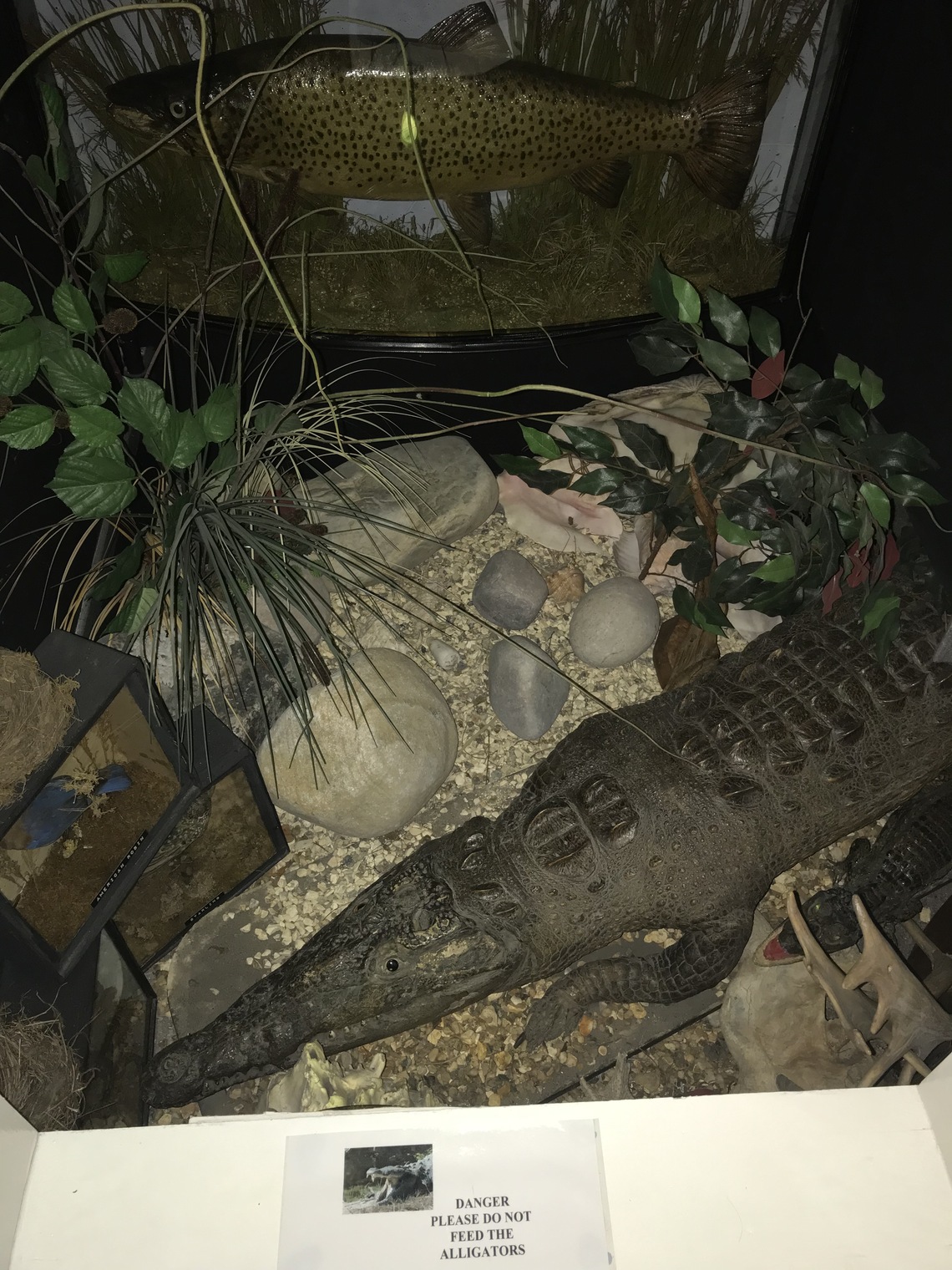 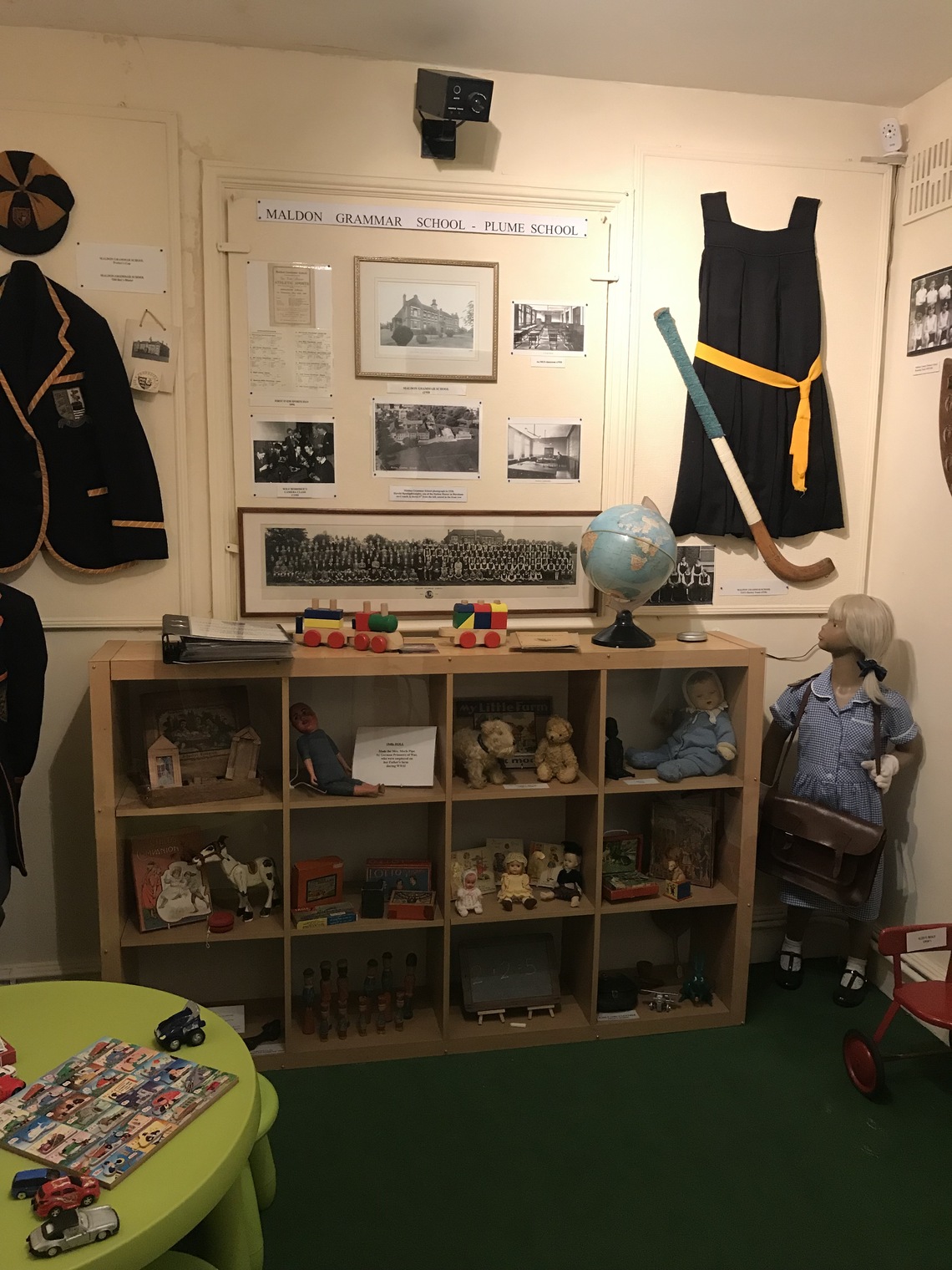 Avoiding the alligator as you reach the top of the stairs you’ll come into the Childhood Room. Inside here you’ll find many examples of childrens toys through time, historical photos and uniforms and aretefacts from Maldon’s secondary school The Plume as well as an area for children to play games and dress up however beware the stern teacher at the head of the classroom! 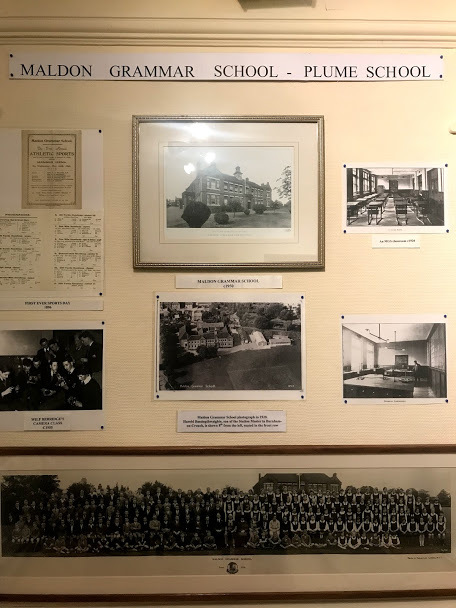 Coming to our final room of displays it’s the Sadds Room. This room is dedicated to Maldon and Heybridge’s industrial past with displays and artefacts from two of the biggest industrial companies Sadds of Maldon and Bentalls of Heybridge. Inside you’ll find model boats and barges built at Bentalls and Sadds, a woodwork shop and family histories of Sadds and Bentalls amongst other things. A model of the Steam Tug 'Brent' which is moored on the Quay in Maldon is currently on loan at the Maeldune Heritage Centre on the High Street. 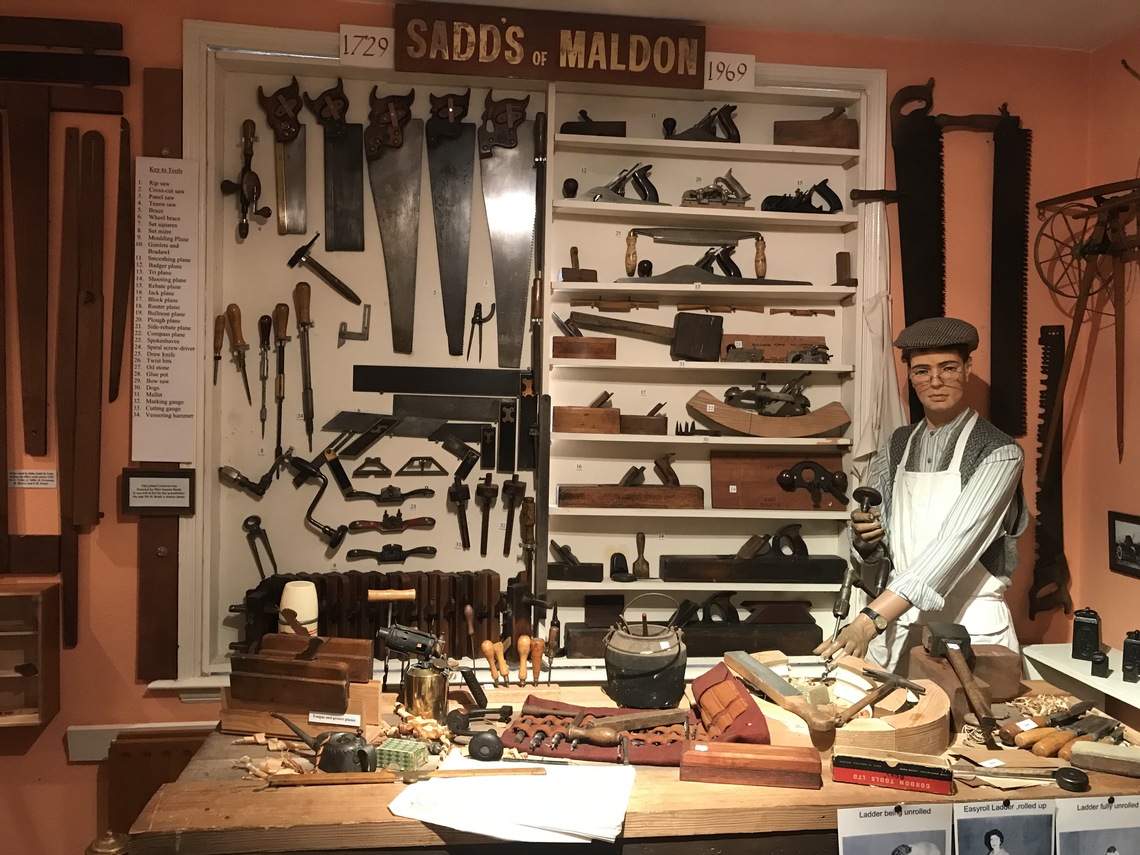 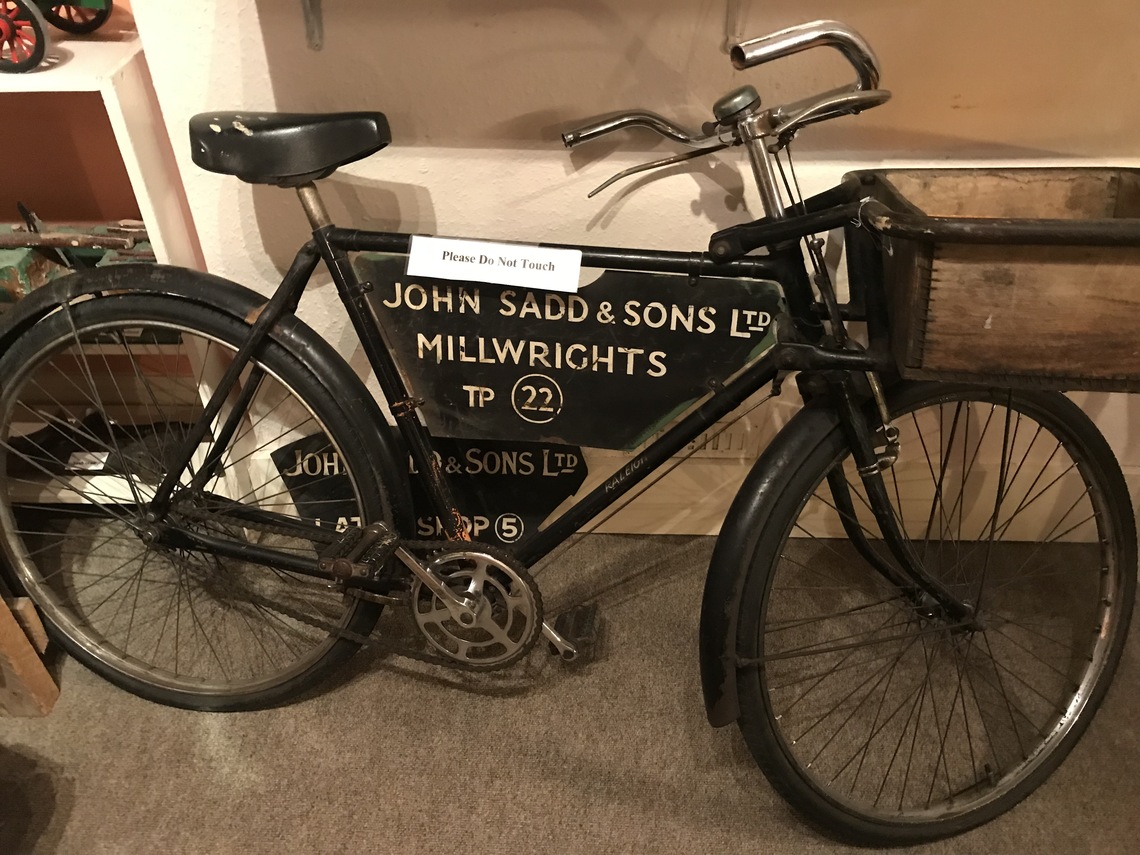 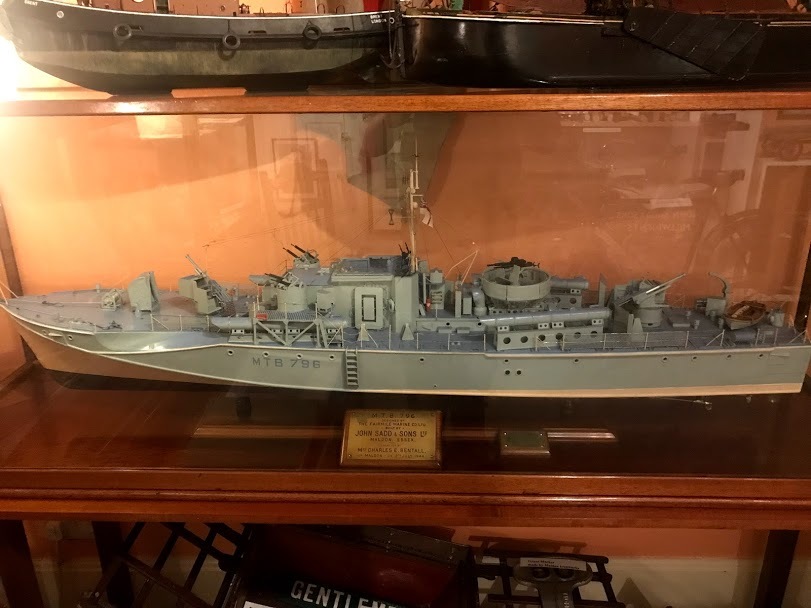 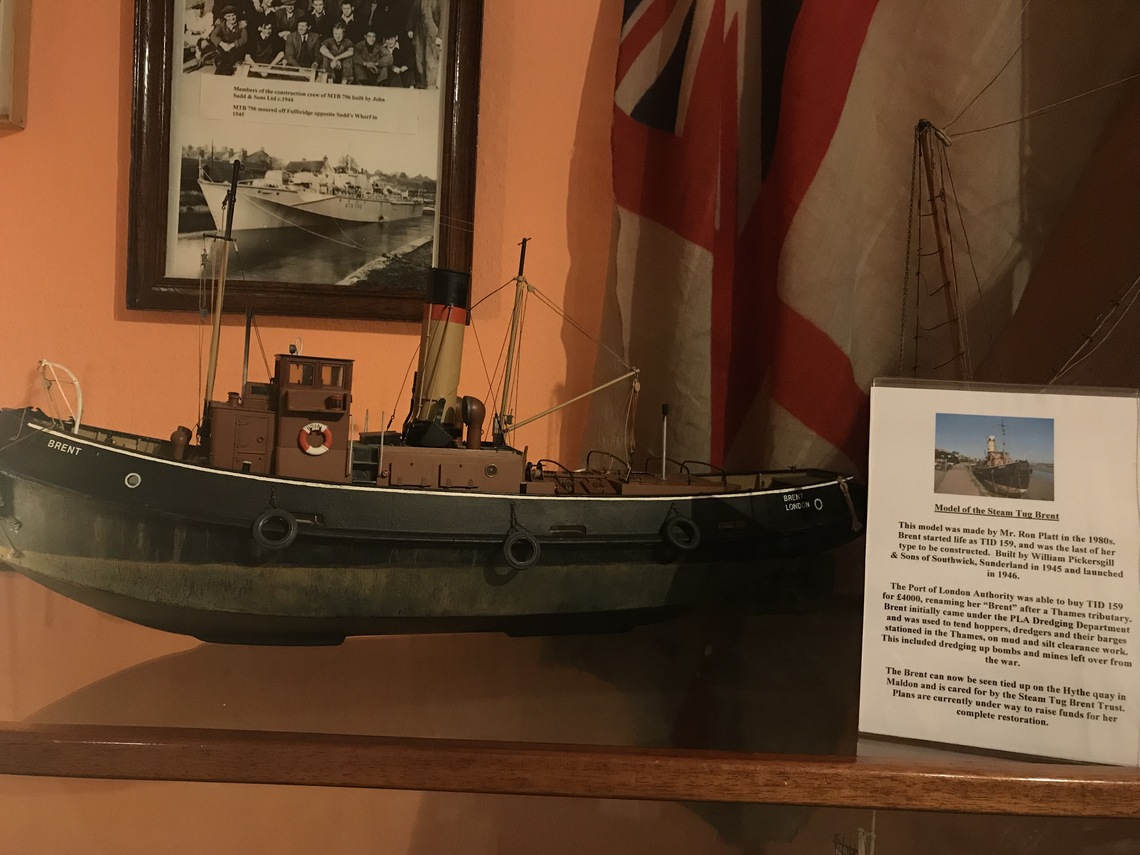