The Church of St John the Evangelist: 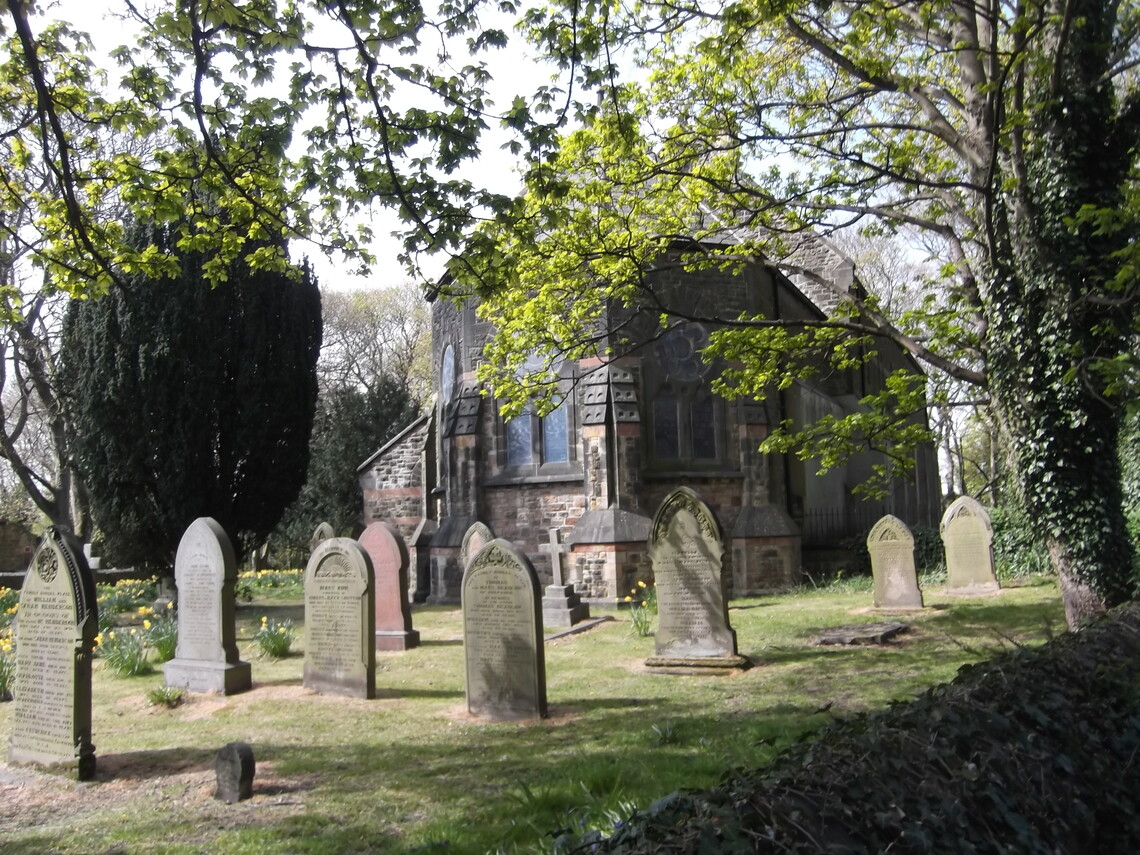 Designed by Enoch Bassett Keeling, the church was built as the new parish church in 1869 at a cost £2032. It was consecrated on St John's Day, 28th December. The church is a Grade II Listed Building in "English High Victorian Rogue Gothic Revival style". This included use of coloured stone and brick with pink Clousden Hill quarry standstone in bands and columns and red and black bricks in the interior. It is set in grounds surrounded by elm and sycamore trees.

The Town Centre and tall blocks of flats started to be demolished in the 1980s.

The Black Boy inn, West Lane Killingworth was a "Beer House". Premises of this type appeared in vast numbers after Arthur Wellesley, Duke of Wellington, pushed the Beer Act through Parliament in 1830 in an attempt to curb the massive consumption of gin throughout the country.

The huge popularity of gin came about as a result of changes made by King William III who, in 1690, broke the distillers' monopoly  resulting in the ability of anyone to start up their own distillery simply by giving 10 days notice to the Excise Authority. The Government imposed heavy duties on all imported spirits.  Small domestic distilleries sprung up all over the country - five million of the by 1735. Gin was very popular with the poor and very cheap, so cheap that the working classes drank little else and it was dubbed "Gin Fever".

Beer had always formed a part of people's diet; even though it was alcoholic, beer was considered to be nutritious and, at that time, safer to drink than water - hence Wellington's reforms.

A beer house was allowed to sell beer and cider but not spirits. All duty on beer was abolished and any householder or ratepayer, on payment of two guineas, could set up in business. Prospective publicans, shopkeepers and traders applied in their thousands and within six years there were almost 50,000 beer shops and beer houses. The beer could be bought in or brewed in-house and many of today's breweries can trace their beginnings to this time.

Most of our local pubs began life as a beer house. The better the quality of your ale the better the chance of you staying in business. Those who enjoyed good trade often expanded into neighbouring property and became full blown hotels and inns.

By the time the 1869 Wine and Beerhouse Act came into force, a lot of the poor quality beer houses and shops had closed but the local village pub had become a way of life. By the 1890s and early 1900s the good brewers had established themselves and a lot of the old beer houses were demolished and rebuilt as the local pubs we know today.

The Black Boy, unlike The Plough, The Killingworth Arms and the Three Tuns (now The Clousden Hill Inn) remained simply a beer house and eventually closed down in 1928. The last licensee was John Thomas Lee.