Famous People of the area

George Stephenson, born 9th June 1781 at Wylam, Northumberland, arrived at a cottage in Paradise Row, Killingworth Colliery (later known as West Moor) in 1804 to work at the newly opened colliery as a brakesman. He was accompanied by his wife Francis (Fanny) and their baby son, Robert, born the previous year on 16th October 1803 at Willington Quay, Wallsend.

The year after their arrival, 1805, Fanny gave birth to a daughter who was named Francis after her mother. Sadly the baby died in August, aged just 3 weeks. It was a double tragedy for George when, just ten months later, on 14th May 1806, his wife Francis also died. Both mother and daughter were interred in Benton Churchyard.

During the following year, 1807, George moved his parents to West Moor following an accident at the Blucher Pit, Wylam, during which his father lost his sight. They remained in a cottage in West Moor, supported by George, for the rest of their lives. Following their deaths, they were buried in Benton Churchyard, his father on 18th June 1817, aged 79 years and his mother Mabel on 27th May 1818, aged 69 years.

Following his mother's death, Robert was cared for by his aunt Eleanor (Nelly) Stephenson and from the age of about 6 attended a school in Long Benton run by the Parish Clerk, Thomas Rutter. Robert was educated there until August 1815 when he transferred, as a day pupil, to The Percy Street Academy, Newcastle upon Tyne, run by John Bruce.

During the summer of 1816, Robert was set a "homework task" by his father to calculate the precise latitude for and to construct a sundial using Ferguson's Book on Astronomy. They hewed, carved and polished the stone engraving it with the date MDCCCXVI and mounted it at the exact angle above the door of their home, renaming it "DIAL COTTAGE".

On leaving the Academy in June 1819, Robert began an apprenticeship with Nicolas Wood, an under-viewer at Killingworth Colliery. In October 1820, Robert enrolled at Edinburgh University but left after only one term in April 1821, returning to Killingworth to resume his apprenticeship -  holding the University Mathematics Prize.

Robert left Killingworth on 23rd June 1823 to open an engineering company, Robert Stephenson & Co, Newcastle, in partnership with his father.

After being a widower for 14 years, in 1820 George married Miss Elizabeth Henderson in Wylam Church.

During his time at Killingworth, George rose from winder man to Colliery Engineer, designing and improving locomotives and inventing a new miners safety lamp. His reputation as an engineer grew and he travelled widely in Britain and on the Continent, surveying and planning railway projects.

Robert established himself in London and married Frances Sanderson on 17th June 1829. Working in all parts of Britain, France, Switzerland, Italy, North and South America, he became one of the most respected engineers of his day.

By the end of their lives, both George and Robert, quite rightly, had found fame and fortune. George passed away at his mansion, Tapton in Derbyshire, on 12th August 1848, aged 69 , and is interred in Trinity Church, Chesterfield. Robert's wife, Frances, died 4th October 1842. Seventeen years later, Robert died at his home, 34 Gloucester Square, London, on 12th October 1859, aged 55. He was buried on 21st October 1859 in the centre nave of Westminster Abbey. 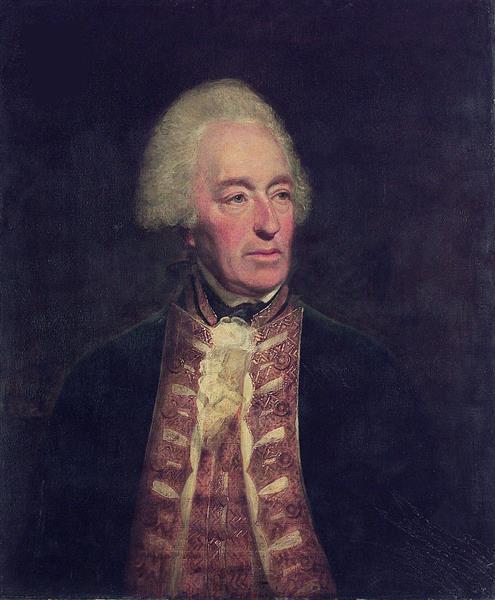 An early occupant of Killingworth House in Killingworth Village was Admiral Robert Roddam. He was born in 1719 at Roddam Hall, Northumberland. the second of three sons born to Edward Roddam and his wife Jane.

Robert Roddam entered the Navy in 1735 at the age of 16. During his years at sea he was the first commanding officer of both Horatio Nelson and Cuthbert Collingwood. He rose through the ranks attaining the rank of Admiral of the Red (i.e. Admiral of the Fleet), the highest rank in the Royal Navy, a rank he held until his death at Killingworth House.

Robert married three times. His first marriage was to Lucy Mary Clinton, daughter of George Clinton, Governor of New York, U.S.A. They eloped together and married on 24th April 1749. Sadly, Lucy died the following year on 9th December 1750. His second marriage in March 1775 was to Althea Calder, daughter of Sir James Calder, sister of Admiral Robert Calder. Althea died on 21st July 1799 after 24 years of marriage. Robert was now 80 years of age. He married a third time to a Miss Harrison about whom no details are known. None of Robert's marriages produced any children.

Robert inherited the family estate when his elder brother died without issue in 1776. Details of the younger brother are unknown.

When Robert died in 1808, he was 88 years of age and the Roddam estate was left to William Spencer Stanhope, the great grandson of his first cousin Mary Roddam, wife of Edward Collingwood who was the cousin of Admiral Lord Collingwood.