The play area that existed had very little equipment, and all that was available for toddlers was two rather tatty swings and the Friends were being asked if it was possible to add additional equipment.

Having spoken with the Council regarding funding for upgrading the facility to make it more inclusive, it was decided to apply for a grant from the London Marathon Charitable Trust for £50,000 for installing an upgraded play area mainly for toddlers between 2 years and 7 years, but with additional equipment for older children.

The initial application was made in 2012. Unfortunately, on this occasion we were not successful with our application.

However, the Council had agreed to match any funding we had raised independently. Subsequently the Council added a further £35,000

Early in 2014 the Council conducted a consultation regarding the play area. The final layout and type of play equipment to be installed was discussed with the Friends. A tender was then put out for the work.

Work on the new play area started late in 2014. The new playground was fully operational just in time for Christmas 2014 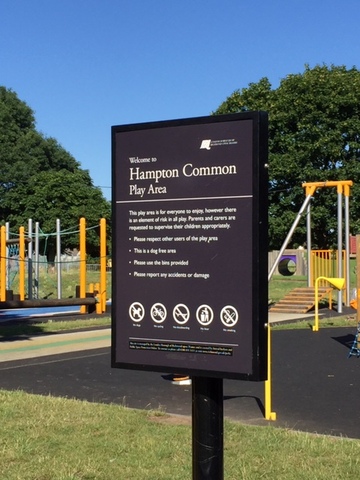 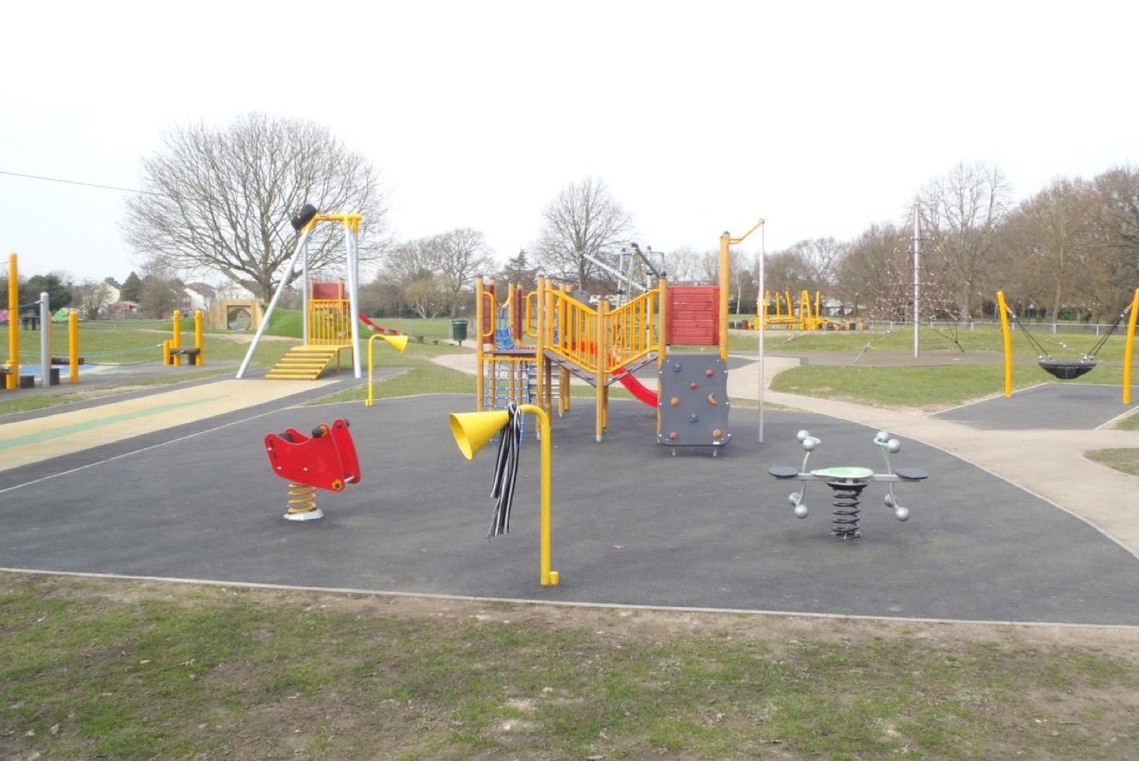 The BMX track was installed by the Council in 2009. An initial success with all young two wheelers. It started to be used less and less and there were complaints about the rough surfice. The track was then resurfaced in 2014. 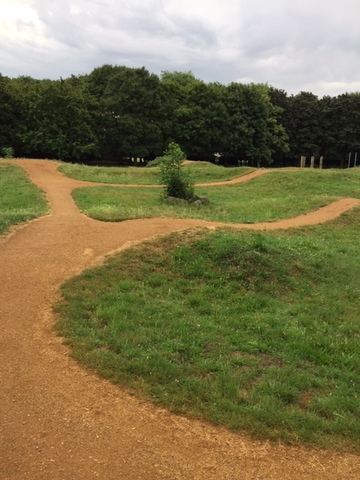 The outdoor fitness area was installed in 2009. Initally on a trial basis to assess its viability. Since then it has become very popular and in frequent use. Both by serious and casual users 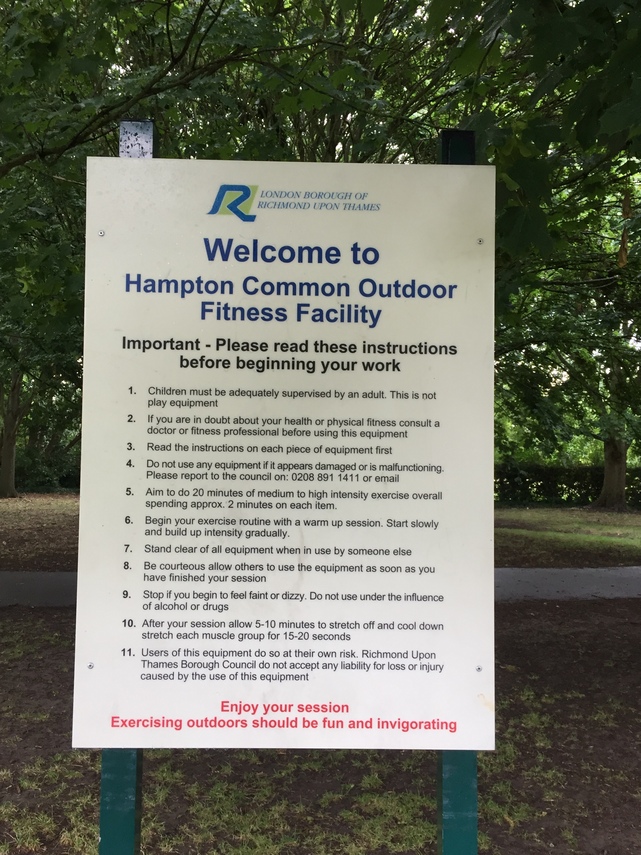 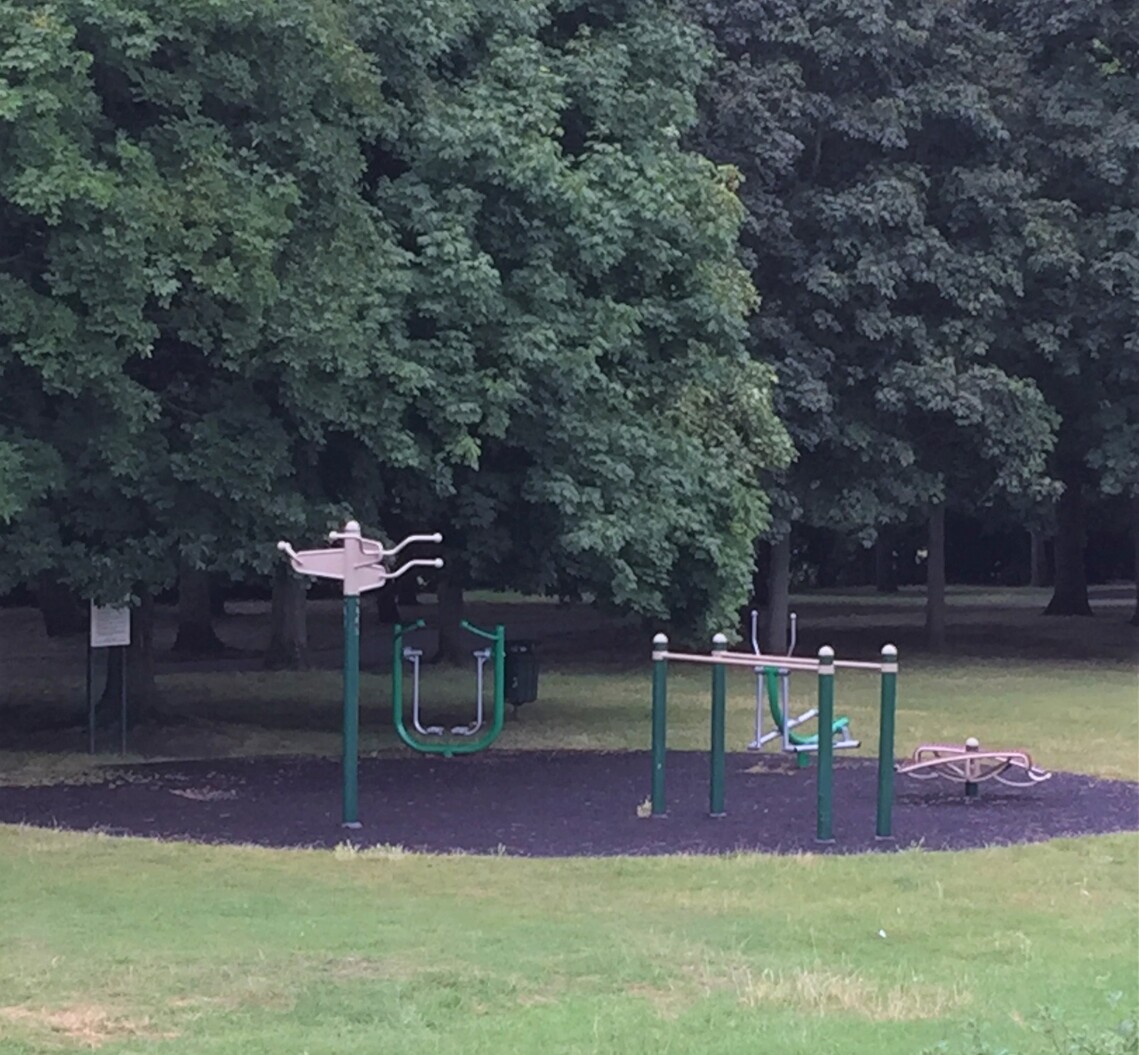 The upgrades to the Common were getting may favourable comments but a frequent complaint was that people visiting couldn’t get the most from their visit as there was no where to sit and relax.and enjoy the Common. It was somewhere people walked through, not a destination. The Friends discussed this with the Council and it was agreed that 6 benches would be installed around the Common. These were installed in 2010. In 2014 an additional two benches were installed to cover the Common’s developing path network

In 2012 Hampton Common Friends donated their own bench. 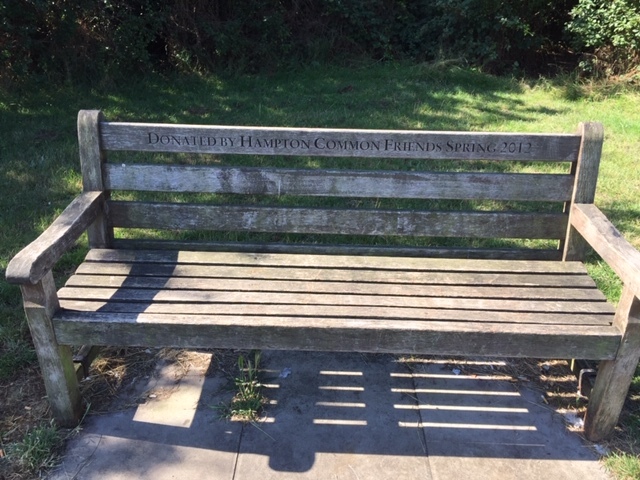 Another success story. Again it was soon recognised that the exising paths system was inadequate. Most of the original paths were lost and overgrown and the path network that existed was mainly informal tracks. A new path system was designed and installed in 2010. Although this made moving around the Common easier it was soon realised that parts of the Common were  disconnected from the main network. A big concern was that there was no direct access from the adjacent Shooting Star Hospice. Two new paths were then planned to overcome this. These last two paths were installed in 2014. The Common is now fully accessibile to all visitors and it is possible to walk around all of the common using the path network. 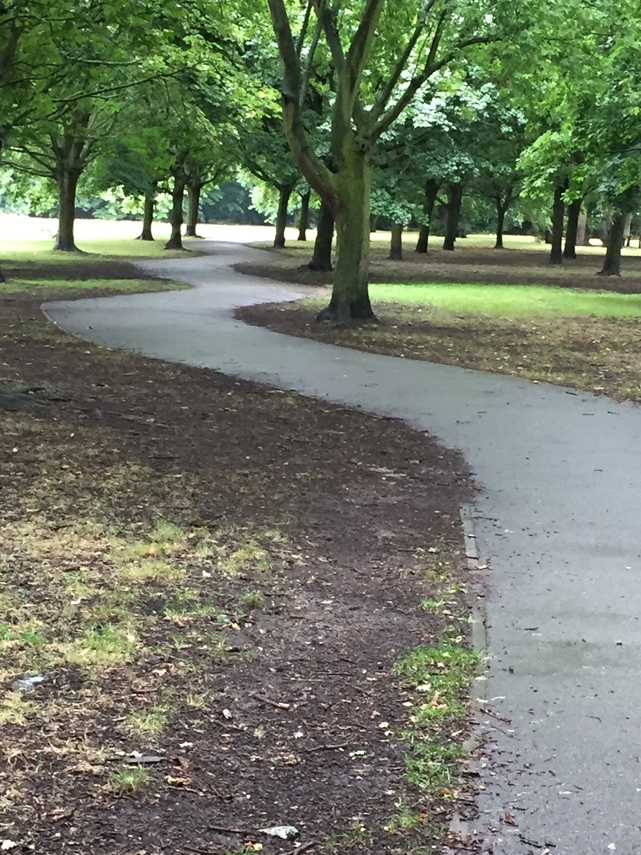 Once fenced in with a charge for the local community to use, the football pitch is a very popular facility,especially during School holidays, and used a lot for informal kick abouts. In the football season it is used formally by two local youth teams for league matches. 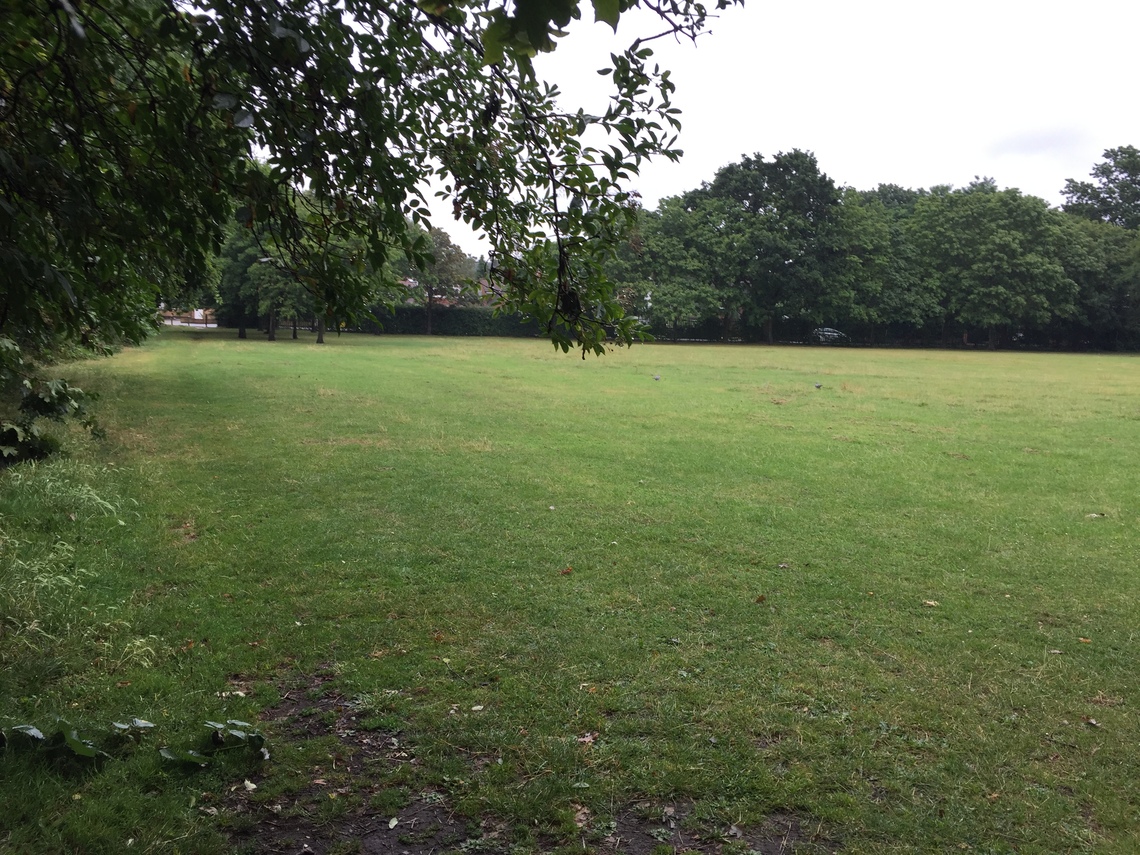 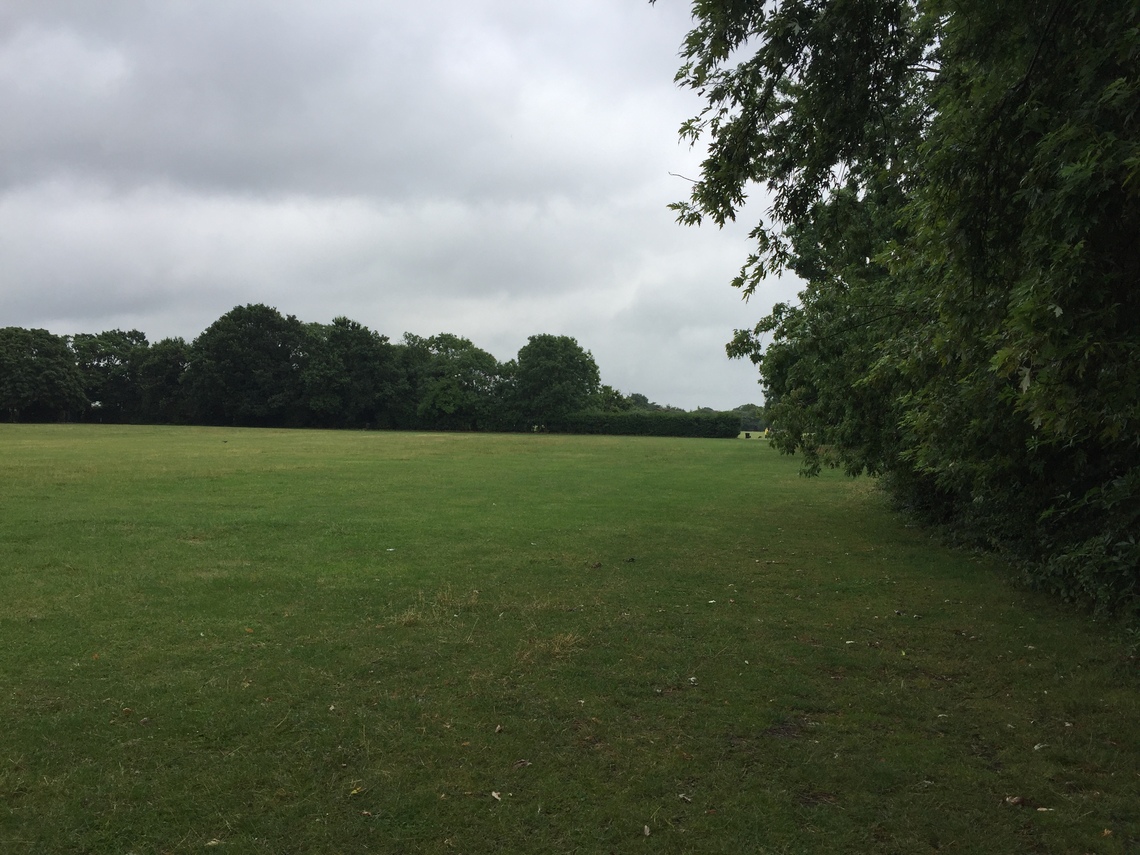