The Village Hall is an independent charity administered by a management committee of volunteers who organise and run fund raising events during the year.  It is the meeting place for local clubs and organisations.   Please contact secretary Cherry Scott on 01245 441241 between 9am to 6pm for further information. 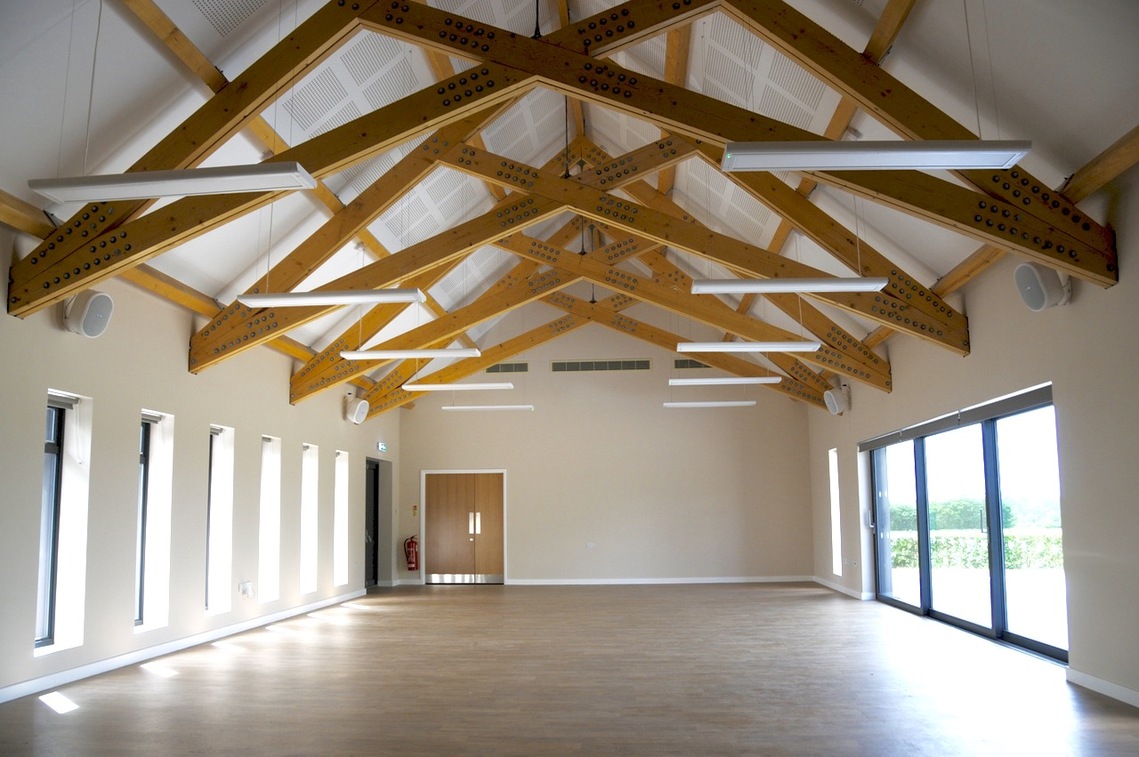 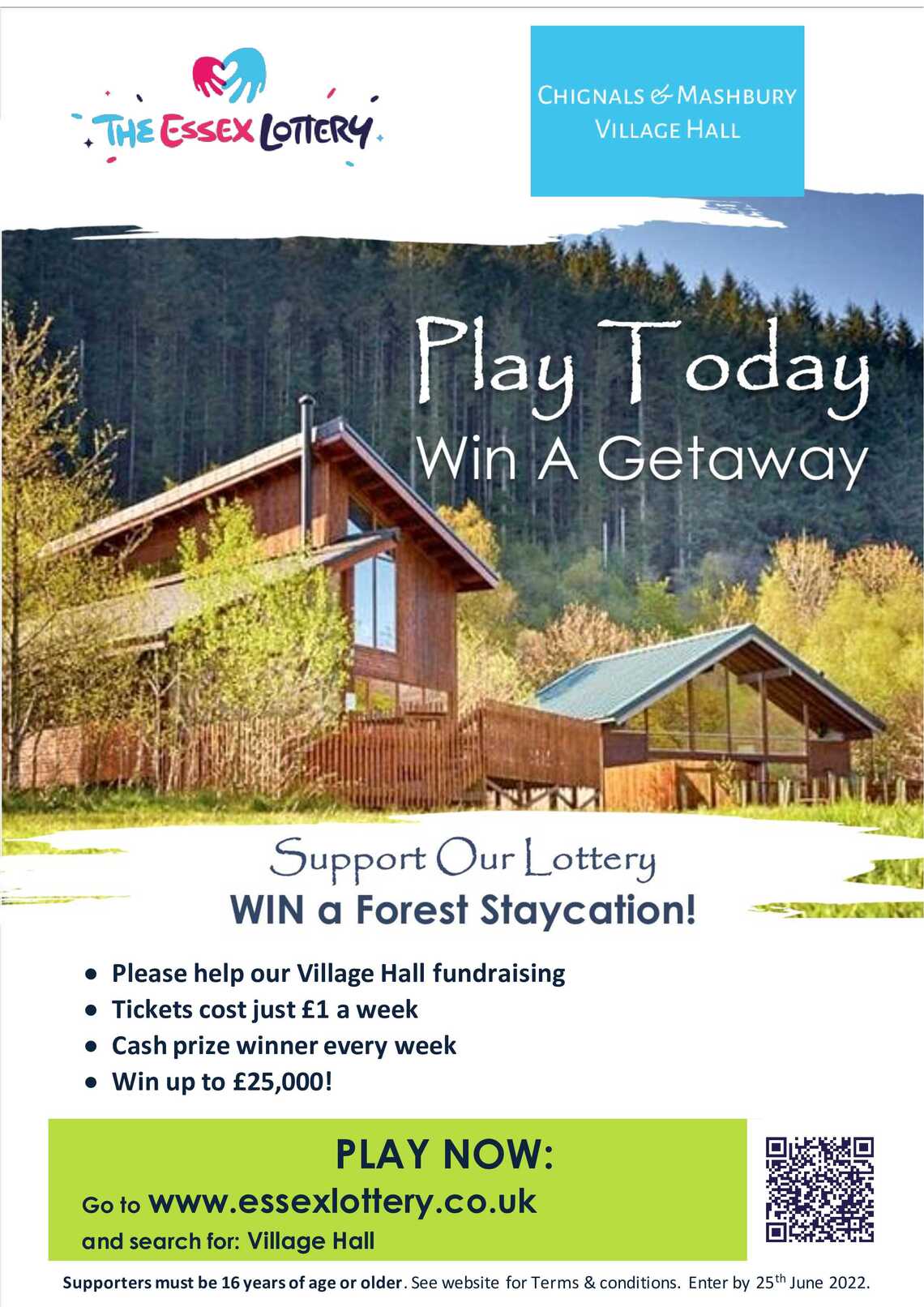 Did you know that Amazon will now donate to the Village Hall every time you shop via Amazon Smile?

All you need to do is log in through smile.amazon.co.uk. Your log in details remain the same as your Amazon account and your Amazon Prime is not affected in any way.

The first time you log in you will be asked to choose a charity. We are Chignals & Mashbury Village Hall Management Committee - and from then on Amazon will donate 0.5% of every eligible purchase you make to us. There is no extra charge to you or the village hall for this.

History of the Village Hall

The following extract has been reproduced from

Three Small Parishes in Mid-Essex, A History of the Chignals and Mashbury

by kind permission of the author, local historian and writer, (the late) A J Wilkins.

The 1945 Planning Survey of the Chelmsford District noted that, although there appeared to be no housing shortage in the Chignals, there was need for a village hall as none then existed.  For many years Mr. Fred. Smith of Stevens Farm had allowed the villagers to use a large hut situated near Pit Cottages in St. James, close to The Green, for meetings and whist drives, this being known to all as the ‘chicken hut.’  Mr. Smith and some others started a fund in 1945, with the purpose of acquiring a larger building to replace this hut, should a suitable piece of land be made available.  In 1949 a large ex-American army canteen was obtained, the structure being in pre-fabricated wood sections with all the windows broken.  Frederick Matthews of Chignal Hall allowed the villagers a corner of the field next to the school as a permanent site for the hall, his first offer of a site near Langleys Corner being declined, and the dismantled structure was collected from East Hanningfield, by villagers with tractors and trailers.

Work continued into 1950, with extra building for the toilets; and the drainage, electrical wiring, glazing, painting, creosoting and roofing all being contributed by volunteers.  The actual construction work was done by a Mr. Horsnell, who charged £170 for his efforts.  Some parts of the building were missing, these not being supplied until April 1950.  Mr. Stacey, of Wood Hall in Chignal Smealey, loaned the new village hall committee the money to finish the work and to line the building with hardboard.  A Draw was held to raise money and the building was officially named ‘The United Village Hall.’  Mr. W. Richardson was the first caretaker and Mr. Frederick Matthews was elected the first chairman of the committee.  A car park and garden were planned.

The hall was organized as a trusteeship, the first trustees being Mr. Joseph Matthews, then of ‘Newarks’ in Good Easter, the Rev. L.C. Blower (rector of St. James) and the Rev. W. Mellor (rector of St. Nicholas).  Mr. Mellor resigned in 1951 and was replaced by Mr. L. Manning.  The formation of a social club was proposed in 1950, organization of the club swiftly following.  A billiards table and darts board were purchased, and a piano was bought from Mr. W. Pitts, Mr. Stacey again loaning the money.

The Essex Education Committee inquired about hiring the Hall for school lessons early in 1951, the rent offered being £40 per annum.  This did not appeal greatly to the hall committee but, by the July, the offer had risen to £60 per annum, plus fuel in winter.  This offer was accepted with the proviso that the social club required the use of the hall for two afternoons in each month.  On March 6th 1952 the title of the land on which the hall stands was officially made over to the trustees of the hall, effectively sealing the gift of land by Frederick Matthews.  Mr. Richardson resigned his position as caretaker in January 1952, and Mrs. Q. Bird was elected to the post.  A ‘Coronation Garden’ was made at the front of the hall in 1953, with money raised by the local Coronation Committee, who ran a sports day with sideshows.  The cycle shed was erected in 1954, and the first party for the village children was held that December, the funds for it being raised by a whist drive.

The village hall committee co-operated with the cricket club in 1955, and held a sports meeting with sideshows at the cricket ground.  Mr. Blower retired from his trusteeship during that year, and was replaced by Mr. Stephen Marriage of Beaumont Otes.  By this time the hiring of the hall was contributing significantly to the income required for the upkeep.  In 1958 the local authorities used the hall as a polling station for the first time, for local elections and for the national elections from a little later.

In 1963 new strip lighting was installed, and another piano bought.  The hall was damp in winter, and the Women’s Institute purchased a piano heater to help keep the piano in tune.  Shortly after this it was realized that inflation had made it necessary to increase the fire insurance on the hall.  An increase from £1,000 to £5,000 cover was proposed, but the Essex and Suffolk Insurance Company declined this amount, stating that it was ‘over-insurance’, and set £3,000 as the maximum cover.  An extra-ordinary general meeting was held on May 24th 1966 to discuss the expiry of planning permission for use of the building for use as a village hall.  Continued approval was to be applied for, but a fact-finding sub-committee was formed to look into the possibility of selling the hall site and buying the adjacent school building, the school being about to close.  The meeting also learned that Mr. Manning was retiring from his trusteeship, and voted to replace him with Mr. Frederick Matthews.  Later in 1966 Mrs. Bird resigned after fifteen years as caretaker, and was replaced by Mr. Sidney Gentry.

In September 1966 the fact-finding sub-committee reported that, after the school closure, it was thought that the school would be handed back to the church of St. James, the churchwardens of which would be prepared to offer it to the parish at the lowest possible price.  It was also thought that this price was likely to be very much more than the hall funds could manage.  During this month Mr. Frederick Matthews resigned from the chairmanship of the village hall committee as he was leaving the area to live at Parsonnage Downs near Dunmow.  Mr. Matthews had been chairman ever since the hall was built, and he was succeeded in the post by Mr. William Hawkes.

In the event, continuing permission for use of the building as a village hall was forthcoming, in January 1967, for a three-year period until December 1969.  The first village hall fete was held in June 1967on the school playing field, an event that became an annual fixture for a number of years, to raise funds.  The committee had learned, at a meeting held in January 1967, that the school building now belonged to the Essex Education Committee.  It was at that meeting that the title of the hall was changed to ‘The Chignals and Mashbury Village Hall.’

In 1968 and 1969 the perennial problem of the upkeep of a wooden building began to become acute.  A quotation of £105 was received to rewire the hall, and the exterior cladding also required urgent repairs.  When these aspects were completed the structure received a further three years of planning permission for use as a village hall.  The repairs also included panic bolts on doors and the installation of fire extinguishers.  In February 1970 Mr. Gentry resigned as caretaker and the committee secretary, Mrs. Q Scott, offered to do the job, an offer that was accepted at once.

Mrs. Myra Wilkins, through the 1970s and into the 1980s, organized a series of art exhibitions, these contributing to the funds of both the village hall and the cricket club, and the fete profits were being steadily increased.  The weather on fete-days was usually very kind; only in one year did rain wash the fete into the village hall itself, this being in 1975 when the personage booked to open the event was our local MP, then Mr. Tony Newton.

In recent years a garden coffee morning has replaced the fete each year, the fete starting to become uneconomic in respect of return against effort involved.  The bookings for the hall have remained at a high level over the years, contributing to hall funds as well as creating much work for the secretary and caretaker, Mrs. Scott.  These fund raising activities have become necessary to offset the continually increasing costs of maintaining the structure.  Planning permission for continued use of the hall had become a worry for the hall committee, with the District Council Planning Committee putting a time limit on the permission granted each time.

The parish council explored ways and means of acquiring the adjacent school buildings for a new village hall many times since the school closed, but the project foundered each time on the refusal of the county Education Committee to sell the property.  There was no doubt, however, that the cost, both of acquiring the premises and of the conversion and modernization required would have been prohibitive, and the parish council and village hall committee eventually abandoned the idea of using the old school.  However, no member of the village hall committee has ever been under the illusion that the hall can be maintained in its present form indefinitely.  A sub-committee for improvements produced a positive scheme, this being for a new entrance hall and doors at the north end, and new kitchen and toilet facilities.  By the mid 1990s the new kitchen had been realized, but the planned new entrance had been shelved.  The existing toilet facilities have also been vastly improved.

The fund-raising for these works has involved several new events.  Wine and cheese evenings, barbecues and, in 1988, a fireworks and bonfire party that was attended by most villagers and was a great success, a success repeated in the following several years.  1988 also saw the first moves in the formation of a carpet-bowling club, an indoor sport now enjoyed by many.  By the following year the carpet-bowling club had nearly forty members, helping to swell the hall funds.

A further series of improvements were undertaken, in the 1990s, improving existing facilities rather than actual reconstruction.  The increased activity centred on the hall is helping to foster a community spirit in our scattered villages, and is heartening to all those who, since its foundation, have worked to keep the hall in existence.

However, there is a cloud on the horizon.  In 2001 the village institutions were circularised with a small questionaire concerning the future of the hall.  By the year 2004 the hall must comply fully with legislation on facilities for disabled people, and the present structure is unsuitable in many ways.  It was proposed by the committee that, now there is increased parking space with the acquisition of the piece of land at the rear of the hall in 1999, a new hall be built, the design to be low-maintenance in order that the hiring fee could be afforded by the local institutions that use the existing building.  It is hoped that grants would cover virtually all the cost, reckoned in 2001 to be in the order of £100,000 to £150,000.

*I'm sure Tony wouldn't mind us finishing the story for him. Fast forward to 2017 and the village hall management committee has at last realised what had seemed for so long to be an impossible dream - a brand new state of the art village hall, thanks to a £360,500 grant from Tarmac Landfill Communities Fund.