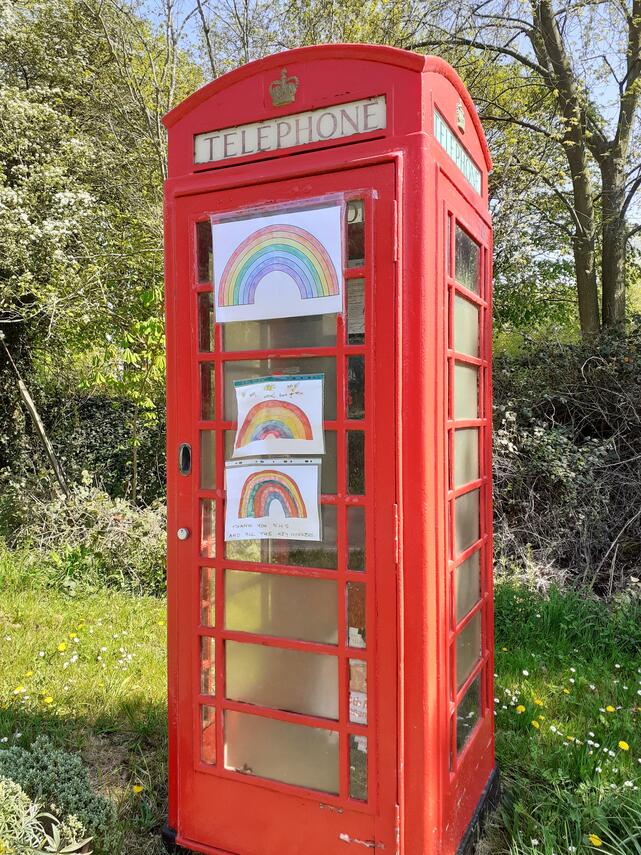 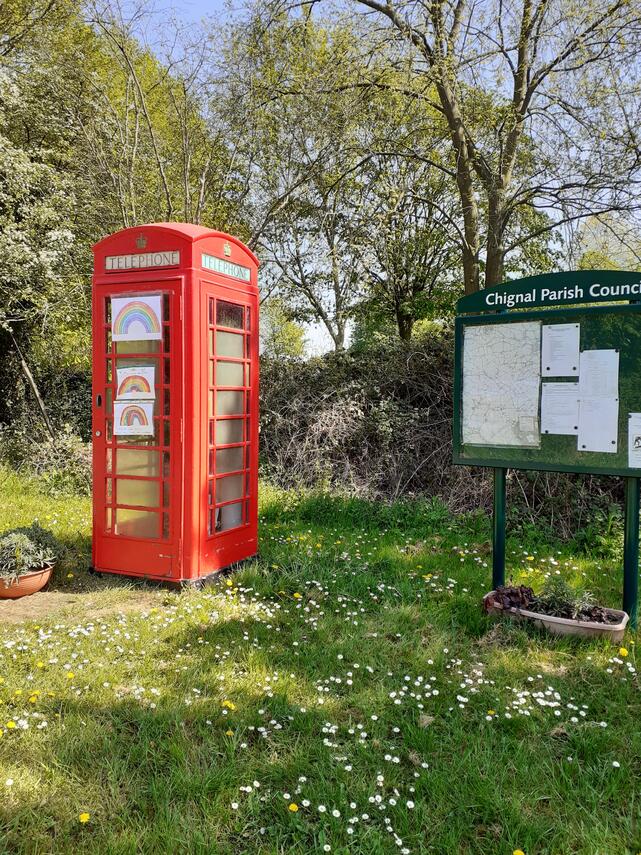 The phone box on St James’ Green is a K6 (kiosk no 6). These kiosks were designed to commemorate the silver jubilee of King George V and went into production in 1936. K6 was the first red telephone kiosk to be extensively used outside of London. 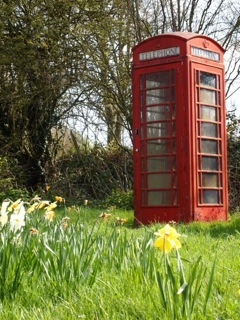 Listed status for the kiosk was refused by English Heritage and in March 2010 it was reported in Chignal News that the kiosk was to be bought by the parish council for £1. The community was invited to propose possible uses for it. By October 2010 the kiosk was formally owned by the Parish Council. The telephone equipment has been removed by BT and the kiosk contains a statutory notice to that effect.

The grass surrounding the kiosk is cut by Essex County Council during the summer months. 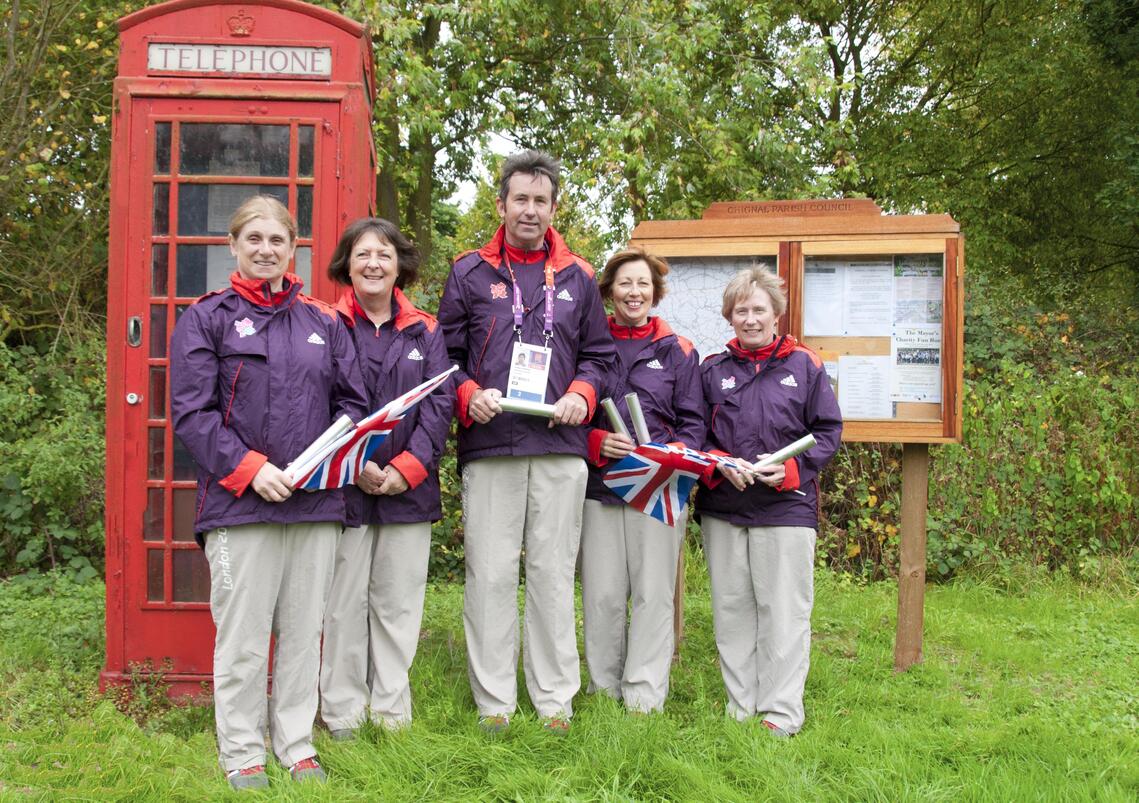 A steering group has been established to work with members of the community to maintain the kiosk and surrounding area as and when required, eg cleaning and general maintenance, painting, grass cutting; the group will also be the contact point for anyone who wishes to use the kiosk on a short term basis, eg to display a poster for a forthcoming event. In the past the kiosk has been an effective backdrop for photographs of weddings and of the group of residents who were London 2012 gamesmakers. 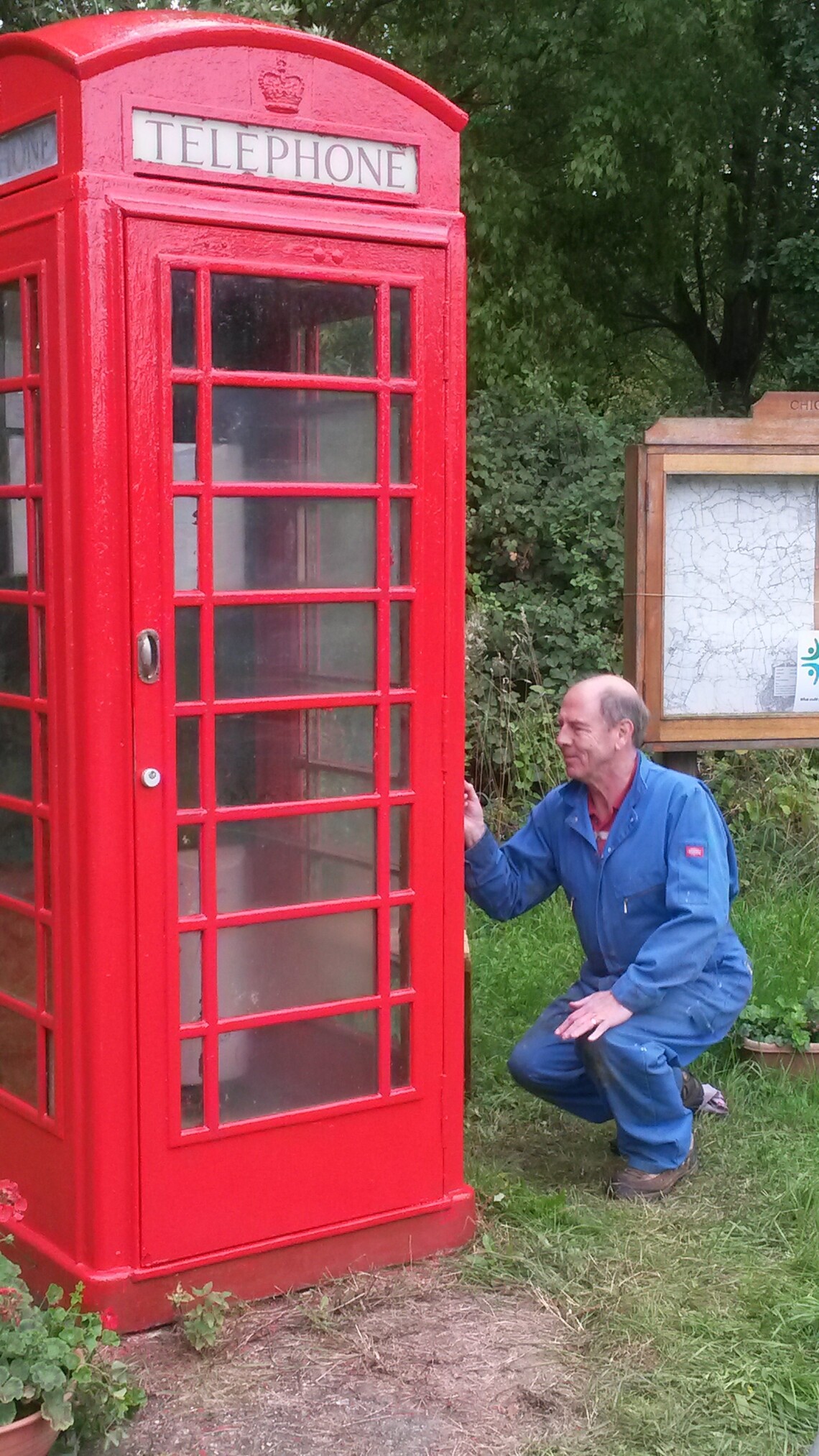 Autumn 2015 - Malcolm Feltwell giving the phone box a much needed new coat of paint. Since this photograph was taken the crowns on each side of the kiosk have been highlighted in gold.

June 2017 - The containers beside the phone box and around the water pump and notice board are being regularly replanted by volunteers, at their own expense, with Christmas Rose, primroses, pelargoniums and  spring bulbs. The crocus bulbs which were donated by Chelmsford City Council  have flowered every spring   along each side of the pathway.

January 2018 - 'A host of golden daffodils' is in full bloom already in front of the phone box and looking stunning. Take a moment to stop and admire them on your next walk around the village.