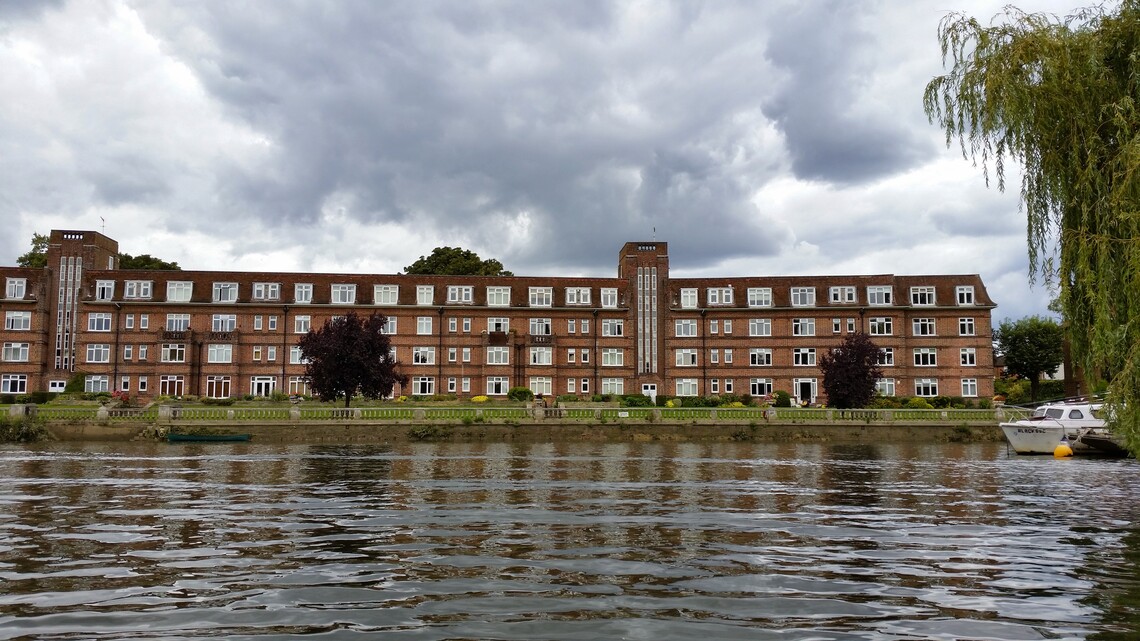 The Art Deco Thames Eyot flats were built in 1935 on the site of Poulett Lodge, an C18th mansion that replaced an earlier house of c.1701 that burnt down in 1734. It is named after the 3rd Earl Poulett who inherited the property in 1774. From the early C18th there were fine riverside gardens here. By 1842 the estate included parkland on the west side of Cross Deep that became a nursery in the late C19th, but was developed in 1926 as a crescent of private houses. Poulett Lodge was demolished in 1933 when the Thames Eyot flats were built but the former coach house and stables survive. The main ornamental feature is the riverside lawn with its 160m river frontage and long stone balustrade, at the south end of which is a possibly C18th stone loggia, at the west end of which a small square grotto with a barrel vaulted roof decorated with shell work and blue slag. At the north end is a C19th boathouse, with wet dock.