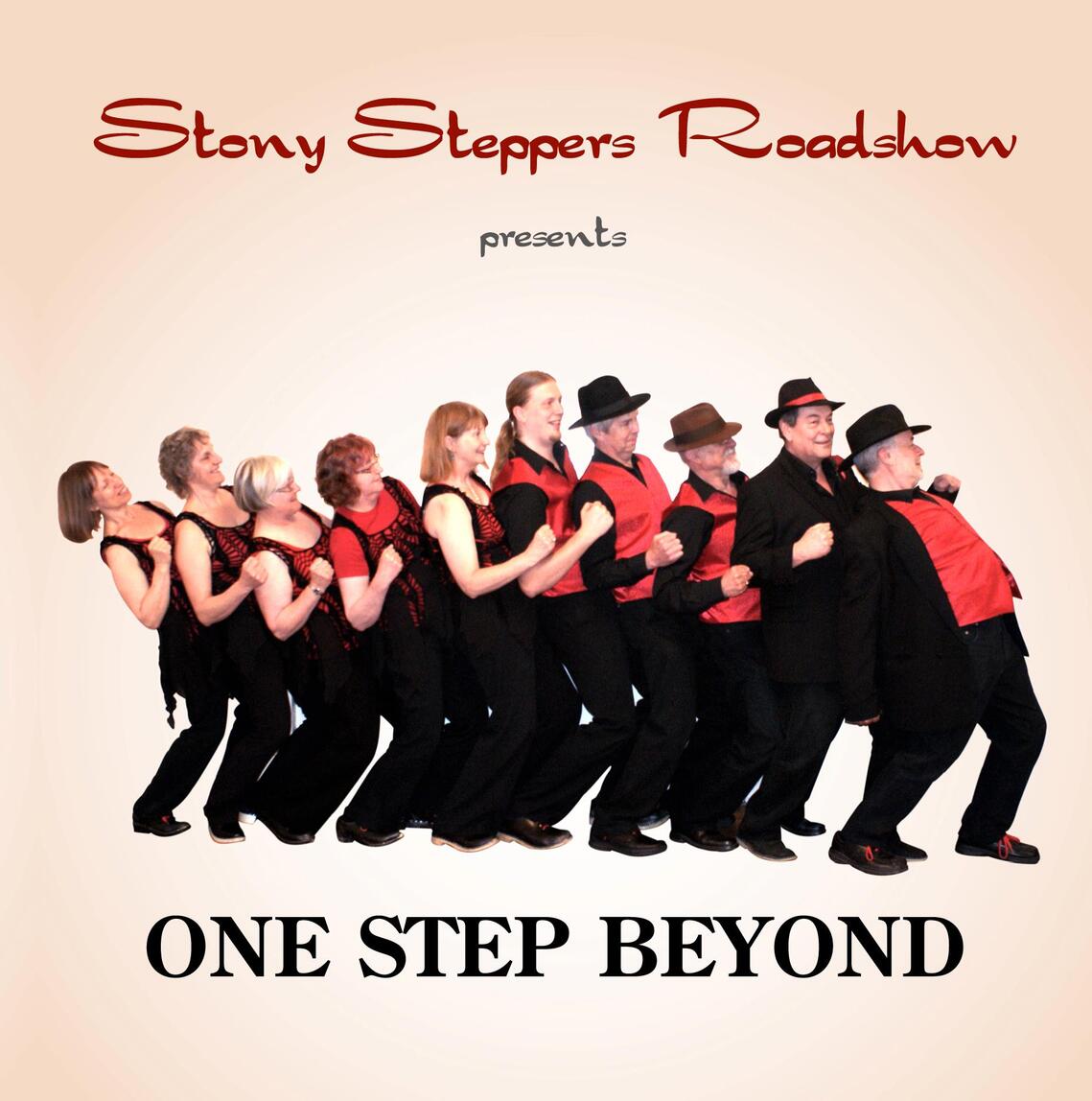 Stony Steppers perform high-energy, Traditional Step Clog Dances from the British Isles, English Music Hall, and from America and Canada. We appear regularly at Folk Festivals both in Britain and in Europe, and can be seen at many pubs, fetes and fairs around the local area in the summer months. We also have a Folk and Ceilidh Band as well as an Acapella Group, and, together, we perform our Roadshow called 'One Step Beyond'.
Stony Steppers on Facebook here
Watch Stony Steppers on YouTube here
Contact stonysteppers@googlemail.com
Stony Steppers is a member of the Morris Federation.

Stony Steppers, based in Stony Stratford in Buckinghamshire, first formed in 1997 and has now developed into a strong, enthusiastic dance side. Step clog dancing involves fast and intricate percussive steps, wearing clogs with wooden soles and leather uppers. This traditional form of dancing dates back many years, and was particularly popular in the 19th century in the industrialised North of England and the Music Halls and Variety Theatres.

We dance traditional step clog in a variety of styles, mostly from the north of the British Isles, including steps from Lancashire, Durham, Lakeland and East Fife. Some of the dance steps even originate from America.

We regularly dance at festivals, ceilidhs, pubs and local events.  Our latest production is the Stony Steppers Roadshow 'One Step Beyond', a whirlwind tour of percussive dance traditions linked with the social history of the British Isles ... and beyond! 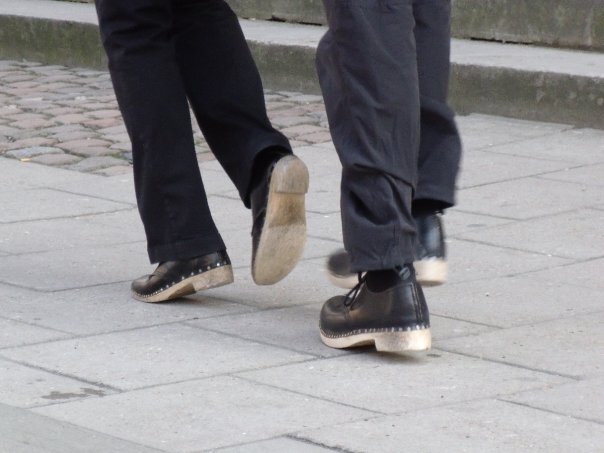 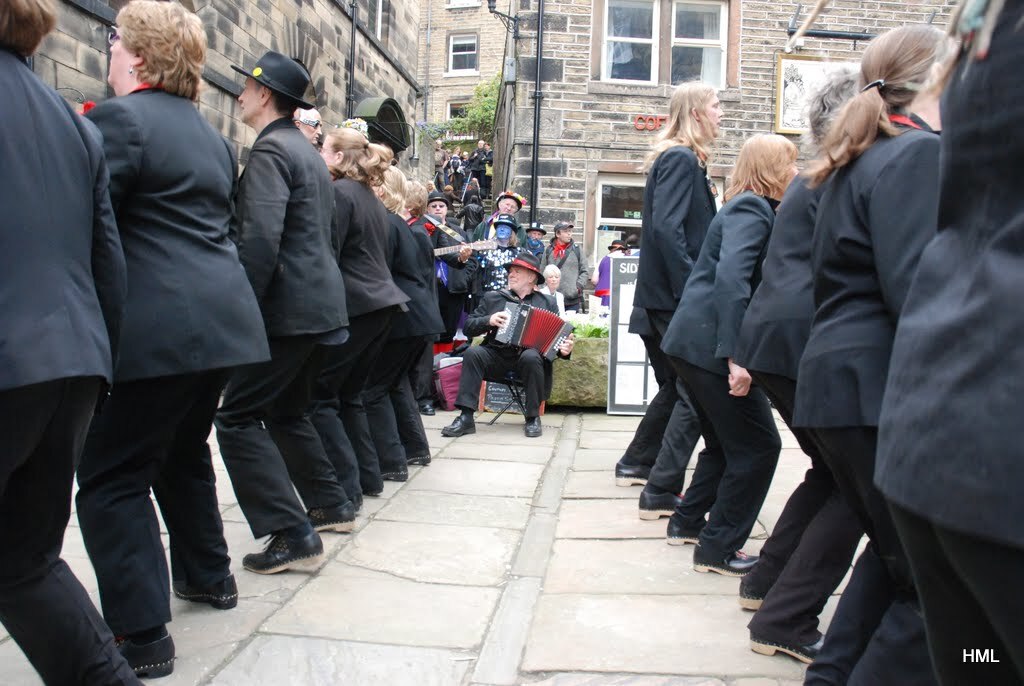 Stony Steppers Dancing at Holmfirth May 2010