I thought that a brief history of Landport Bottom might be useful to see how it has changed over the years.

So this account covers the time from 1900 to the present time, up to about 1936 I have used old maps photos and accounts from my parents, for the subsequent years I can speak from experience.

A photo taken just before 1900 shows the area looking south towards H.M.Prison, corn had just been harvested and sheep were grazing over the stubble.

An Ordnance Survey map dated 1911 suggests that arable farming had ceased and the land had reverted to a typical Southdown scene with areas of woodland, scrub and gorse similar to the landscape that can be seen on the hills skirting the golf course  towards Mount Caburn, at Blackcap and on the Southdown Way.

Through the 20s and 30s Landport Bottom continued as described.

From 1936 until 1941 all ages were able roam and play freely there and although the new part of the estate developed by the Ringmer Building Works encroached on our territory nothing changed,

Up to 1941 there were no fences as there were no sheep  it was mainly grass with a scattering of gorse, brambles, blackthorn and the occasional tree including oak. There was a wood about 150 yards long by 60 yards at its widest, this remained after the Nevill Estate was completed until about 1941, this was genuine woodland with oak and other trees.

There were worn short grass paths to different parts of the Downs, to Offham and the route for the punters, who had come to Lewes by train for the race meetings, this was up to 20 yards wide and started where the allotments are. There was an old dewpond, unused except by boys as another play area

Bird life was plentiful and varied including pheasants, partridges and skylarks. Animals included rabbits and reptiles in abundance, foxes and stoats.

Wild flowers were varied depending on location including buttercups, cowslips, violets, daises and cornflowers and many I can’t name.

This changed during WWII in 1941, the Government ordered that all available land should be turned over to food production and Landport Bottom became two corn fields.

Trees , scrub, gorse and all growth other than grasses and wild flowers were uprooted and the ploughing began, before planting tons of flint was removed.

The land was ploughed and corn crops were grown throughout the war. The farmers still allowed paths to the main destinations and after harvesting they  left enough bales of straw for the children to play with and till the next ploughing the land was ours. 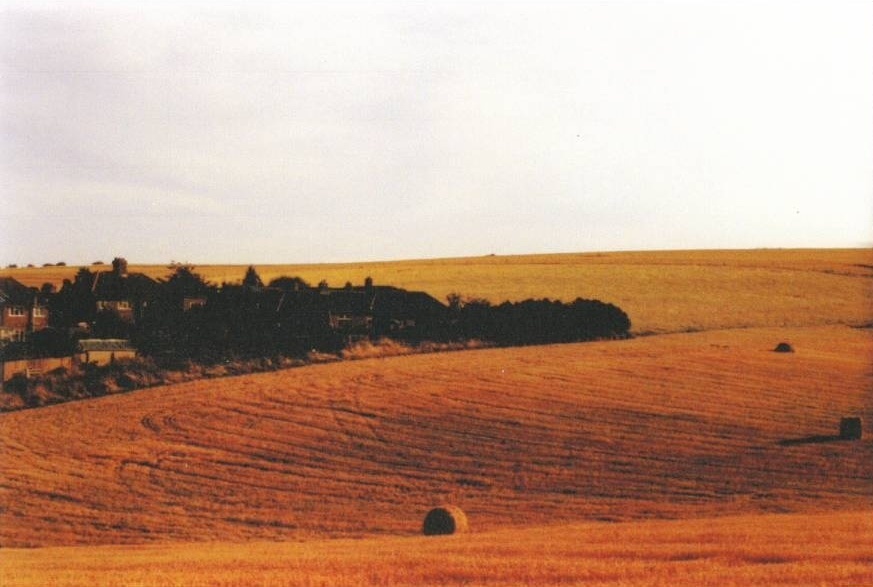 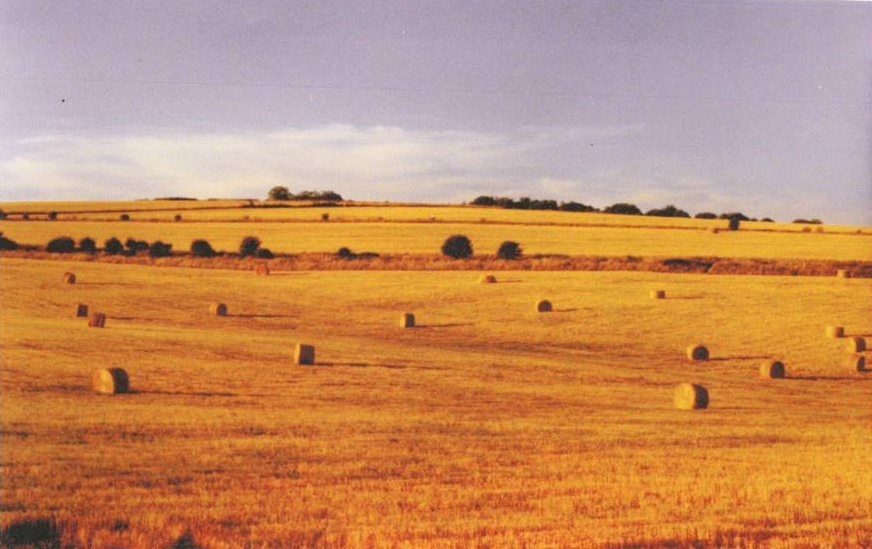 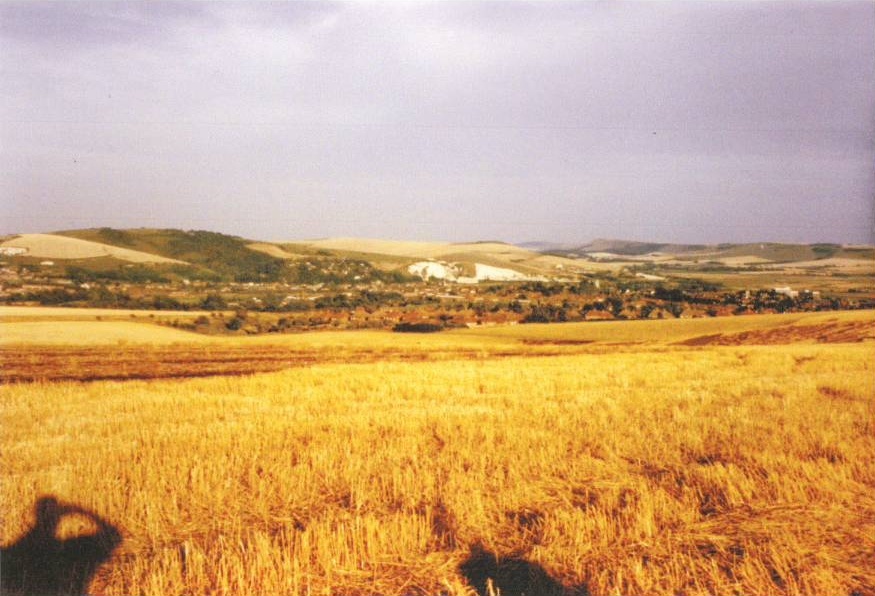 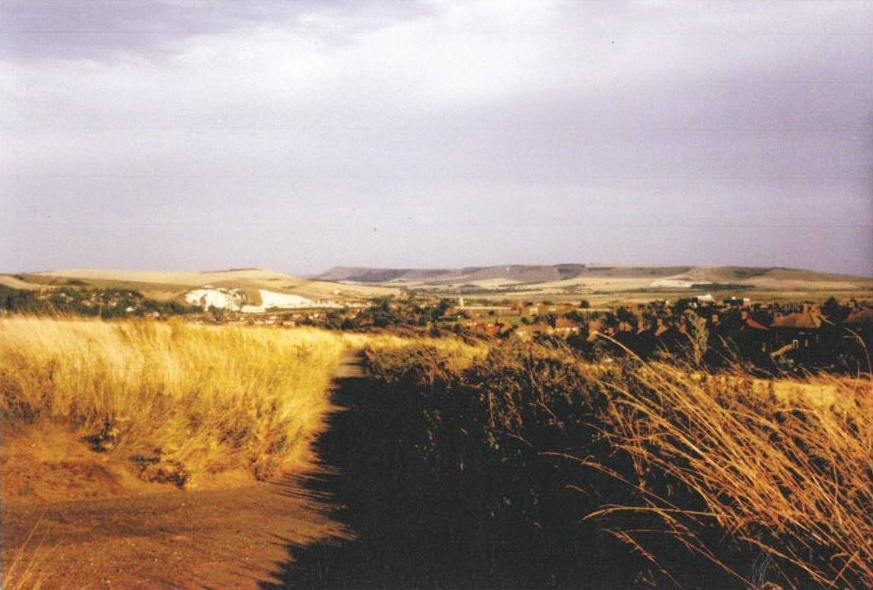 We also had changing vistas throughout the year.  This changed circa 1990.

After that the land lay fallow and as nature took its course it started the gradual return to a typical Southdown land scape, scrub started to grow and the old footpaths returned and varied animals and bird life were to be seen. Residents of Lewes and particularly the Nevill enjoyed the freedom to roam, ride, fly kites and enjoy themselves  without hindrance.

Following a planning application submitted by developers for housing to be built on the land, thankfully rejected, Lewes District Council and Town Council  to their credit bought it to be kept in perpetuity for the benefit of the town.