Friarwood Vallley Gardens is celebrating 70 years during 2020 - 21. Soon after the end of WW2, the Pontefract Borough Council developed plans to create a public park in the Friarwood Valley which was then occupied by several privately owned market garden plots growing liquorice, vegetables, soft fruit and including an orchard. The Council gradually acquired all the plots and work to create the Valley Gardens was officially commenced in March 1950. A flowering cherry tree and stone plaque at the Townend entrance record that event. The official opening of the Valley Gardens took place in May 1951 to coincide with the Festival of Britain. 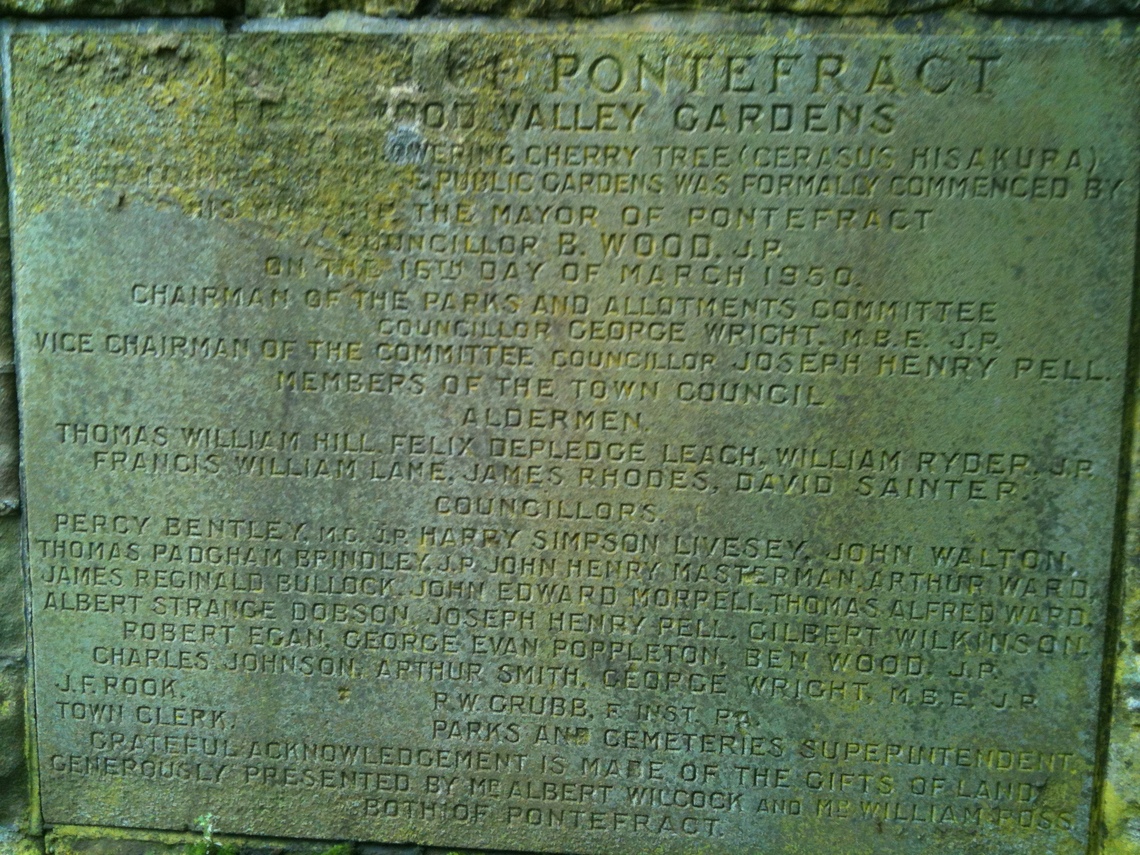 Our plans for celebrating the 70th anniversary were prevented by Covid-19 but we're optimistic for achieving them in 2021. Flower beds at the Friarwood Lane entrance were replanted in commemoration of the 70 years. More permanent commemorative features planned are two inscribed granite benches which will be installed in early 2021, and a commemorative arch over the main Southgate entrance, along with renovation of the railings along Southgate. A "memory tree" board has been installed on the Pinhole camera. 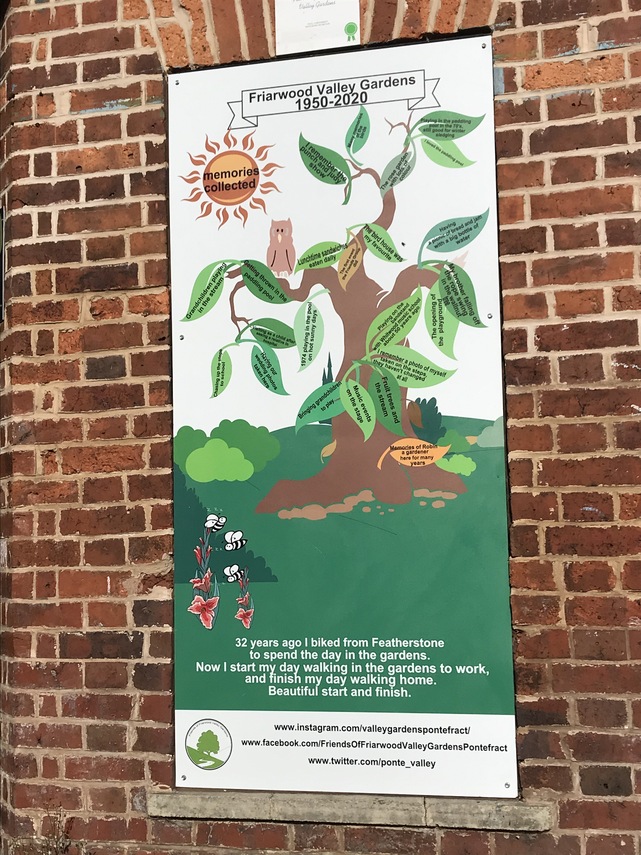 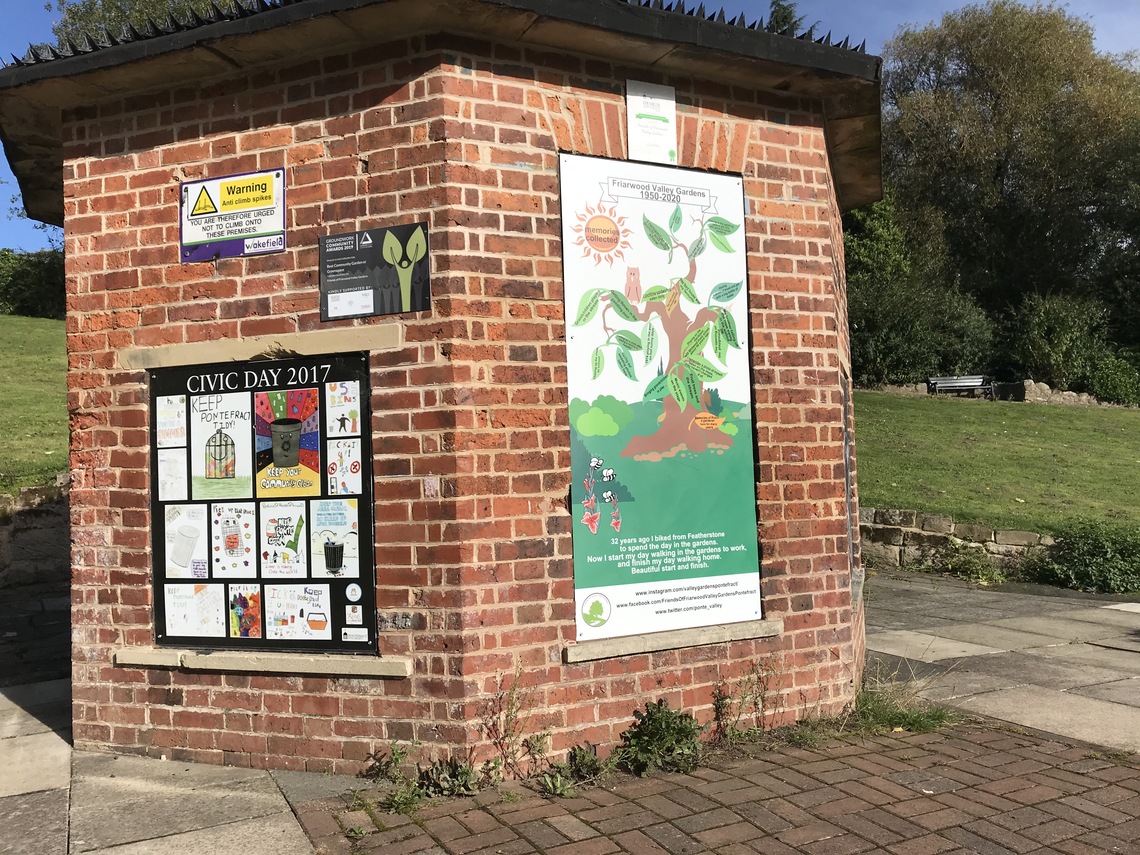