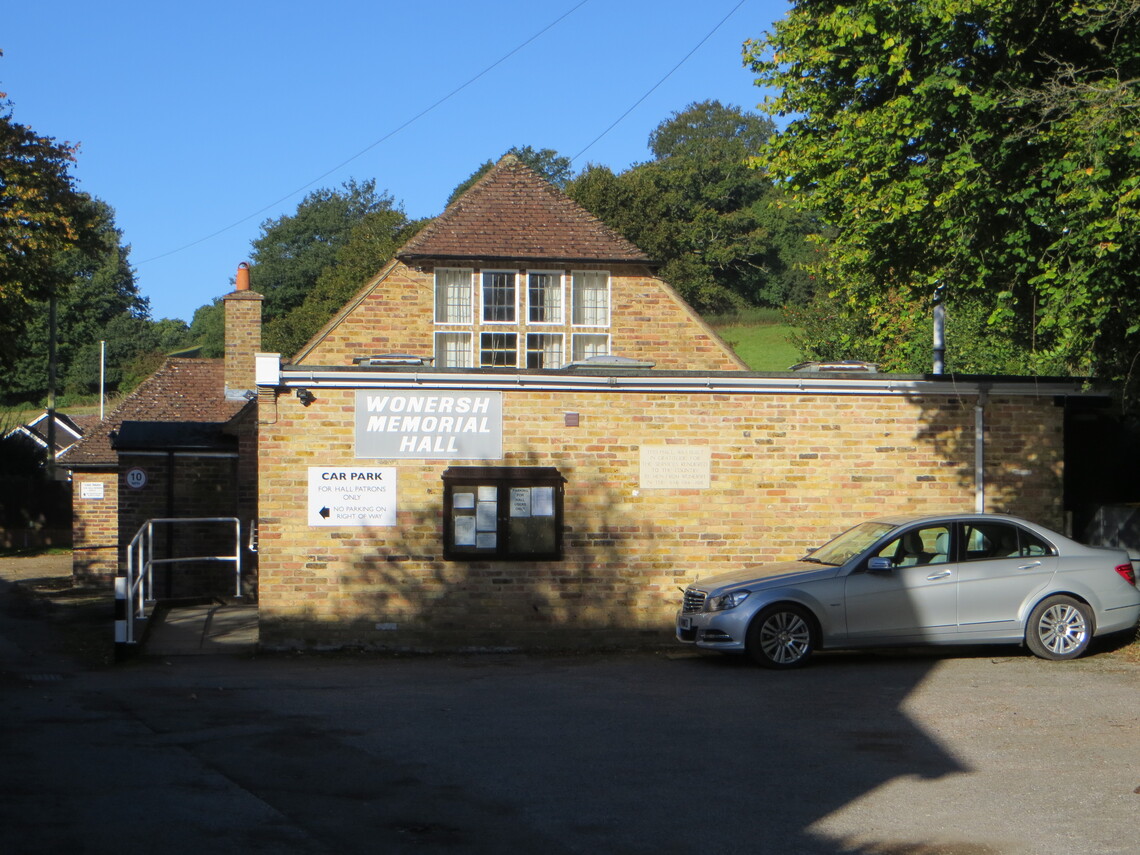 If you wish to book the hall, please refer to the bookings tab on the left side of the page.

History of the hall

The building of the hall was completed in 1924 and represents the memorial for the services rendered by the men from Wonersh who served their country in WWI of whom 24 lost their lives. Further building extensions to the hall were completed in 1977 - see photograph in the "Pictures" tab on the left of this page.

The hall is owned by the Wonersh Memorial Hall Trust (Charity number 200401) which has four trustees, all of whom are resident in Wonersh.

The hall is a well maintained traditional village hall which has many regular hirers as well as diverse occasional hirers. The letting, maintenance and management of the hall is undertaken by the management committee which includes the trustees as ex-officio members. The main Wonersh associations and societies which use the hall are invited to nominate representatives for election to the committee.

The layout of the hall mainly comprises the main hall (approximately 16m x 7.5m), a stage with curtains, a large kitchen, toilets (men, ladies and disabled) and an entrance hall. The kitchen is equipped with a gas stove used only for warming food, a refrigerator/freezer, a large electric hot water urn, hot trays and crockery. There is a serving hatch for the main hall.

The hall also has a skittles alley. Hirers often bring their own food and drinks to enjoy a couple of hours playing skittles.

The hall has a Wi-Fi connection and the current password is displayed in the hall for users to make use of when hiring the hall.

There is limited parking adjacent to the hall.

The hall meets all the current health and safety legislation requirements, has public liability insurance and holds a PRS/PPL licence. It is licensed but does not hold a licence for the sale of alcohol.