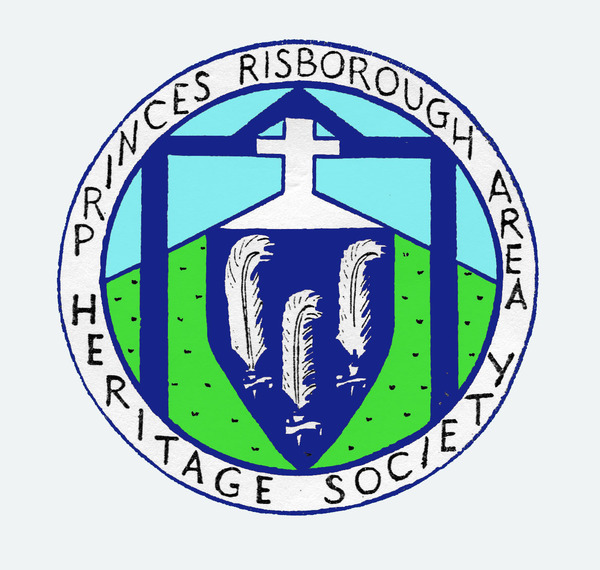 Recent Acquisitions to the Society Archive

Items from The Mount

The site known as The Mount is better known today as the Stratton Road Car Park, but is recorded as early as 1305 as a Royal Stud Farm. In 1343 it was granted by Edward III to his son, Edward Prince of Wales, the Black Prince, Writing about it in 1715, the Reverend Nathaniel Anderson, Perpetual Curate of St. Mary's church, quoted the local belief that the Black Prince had built a palace there, but that "it was now totally demolished and nothing but Corn and grass now grow where this famous palace once stood".

In 1912, despite that dilapidation  the site was protected as an historical monument. In 1932 the Church Council sought unsuccessfully for permission to take it over as a further extension of the churchyard, but it was not until 1955 that it was formally explored through an archaeological excavation led by F. H. Pavry, a highly-regarded Scientific Advisor to the Home Office, and Group Captain G. M. Knocker, who had had an equally distinguished military career, serving in both World Wars,

The results of their excavations at The Mount are fully recorded in the Records of Buckinghamshire, Volume XV1 Part 3, 1957-8 and in summary revelaed the foundations of a substantial range of buildings and other material suggesting their original construction to be the 13thC, with the heaviest occupation during the 14thC and dissolution or substantial alteration in the early 15thC.with limited occupation as late as the 17thC.

Much of the excavated material is held at the County Museum, but the Society was pleased to receive recently from the Pavry family the four items illustrated below,as a tangible record of the site. They are:

1 and 2. The upper two are fragments of 14thC paving tiles approximately 10cm square, found in the principal occupation area, the Solar Block,  Complete examples may be seen having been re-laid in St. Mary's church. An illustrated article from Records of Buckinghamshire giving information about Penn tiles can be found at http://www.bucksas.org.uk/rob/rob_14_2_99.pdf

3.The central item is a fragment of a glazed tile of later date. Further work needs to be done to identify it and it cannot with certainty be placed at The Mount, but was included with the other items..

4. An iron key, 15 cm long, of 15thC type. This is illustrated in Figure 13 of the above-mentioned account of the excavation. 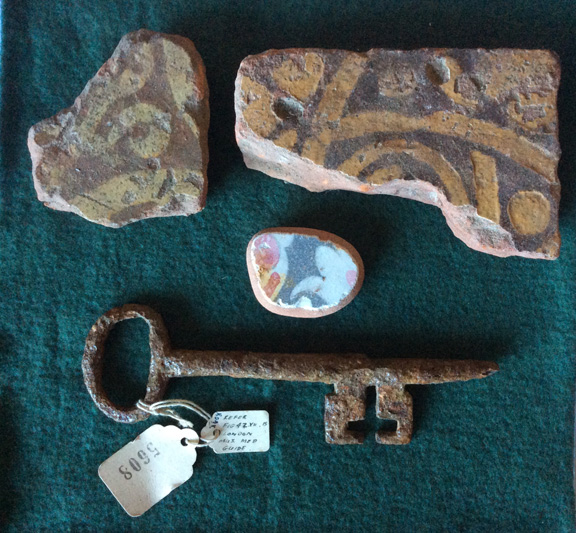