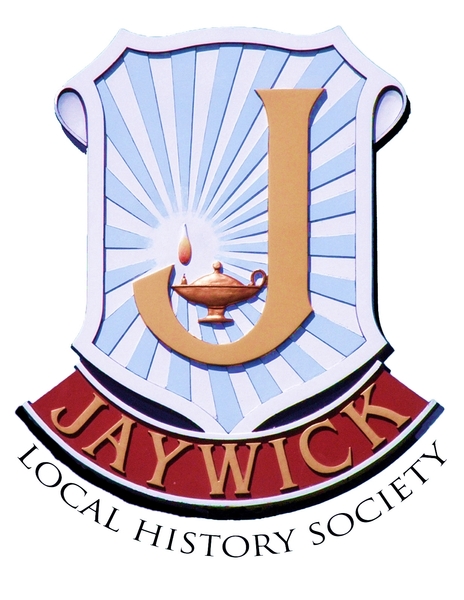 A Potted History of Jaywick 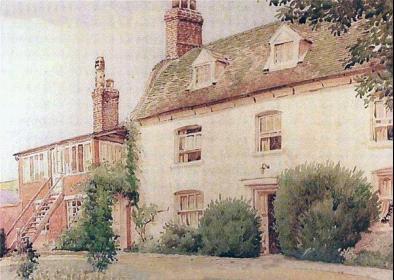 Jaywick Farm House - a watercolour by an unknown artist.

Before the Anglian Ice Sheet pushed them south 200,000 years ago, the rivers Medway and Thames confluxed,

roughly where Clacton is today. It was on the banks of the Medway that the hunter gatherers deposited evidence

of their presence where Jaywick now is. It is through the stone tools that they left, that their tool culture became

for her discovery of Zinjanthropus and the Laetoli footprints, did her first professional investigations, along with

Estate Manager as “Clakyngeywyk” - meaning ‘The dairy farm of the people of Clacca’. Indeed, the farm was the

largest in the parish of Great Clacton and was, significantly, on the edge of the tidal marshes which provided fine

grazing. These ‘wicks’ were invariable thus situated and the principal product of the dairies verging the Tendring

coast was cheese. Cattle were fewer and possibly used for their milk supply but it was the sheep, numbering up to

1,000 on Jay Wick Marsh, that provided the milk used to produce the enormous cheeses “ ... wondred at for their

names of Wegg, Round and Smith feature prominently and in the 19th. Century the farm extended to include Wash

Farm under the ownership of Charles Gray Round. In the last quarter of the 19th. Century an 800 yard firing range

was setup, the butts being against the seawall at Lion Point. The farm was also a popular meeting place for the

Early in the 20th. Century the farmhouse and outbuildings were simply maintained by a skeleton staff though the

farm was still in production. This gave opportunity for an enthusiastic engineer, Anthony Westlake, to develop and

build a monoplane virtually singlehanded in the farm's barn, which he managed to fly in 1913 over the flat marshland.

He reported to authorities that the location was ideal for a flying school, including an appropriately sloping shoreline

for seaplanes to use. When the summer of the following year arrived the authorities must have heeded his wise words

for a seaplane base, complete with hangars, was constructed just to the west of Martello Tower 'D'.

After the war, in 1918, the farm, with Wash Farm as a separate entity, was auctioned off. 'Jay Wick' was then in

the occupancy of Joseph Henry Jones who had developed a herd of Frisian cattle on the marshy meadows.

entrepreneur, Frank Christoffer Stedman arrived on a frosty Spring morning in 1929 looking for a location to

develop a resort for those burgeoning motorists to buy, quite cheaply, their very own 'place by the sea'.

Mr. Stedman could see through the bleakness and imagine the summer pleasures that 'Jay Wick' and its

beaches offered and so it was with that foresight that he purchased it.

As the beach chalets began to sell for as little as £50, Frank built West Road in order to give easy access to and

from Clacton-on-Sea as well as other features that were intended to entertain the visitors.

As the years passed, people gradually began to make their chalets more comfortable and homely and

a few started to live in them for longer and longer periods, even through the winters. This encouraged

small businesses such as 'Dot's' to become established to service the growing population.

Although the resort had taken off as intended, the Second World War and the misfortune of the infamous 1953

floods seemed to initiate a gradual decline in the intended purpose.  Jaywick and its various component parts - Grasslands, Brooklands, The Village and The Tudor; gradually became mainly residential.

Despite its various misfortunes, Clacton's little brother to the West prides itself in being close nit and flourishes today..