Dedham Old Boys Football Club is one the oldest clubs in Essex. One of the first games played by Dedham was against Harwich & Parkeston Football Club (The Shrimpers) who visited Dedham in November 1877.  The match was played on the Grammar School ground which is the same ground used today by Dedham Old Boys.

Both the First Team and the Reserve Team play in the Essex and Suffolk Border League. The current Chairman of the club is Andrew Bell.
The club has its own website and Facebook page, see alongside for the Facebook feed

The earliest known team photograph is from the 1910/11 season when the team was known as Dedham Football Club, the successors of the Grammar School team. 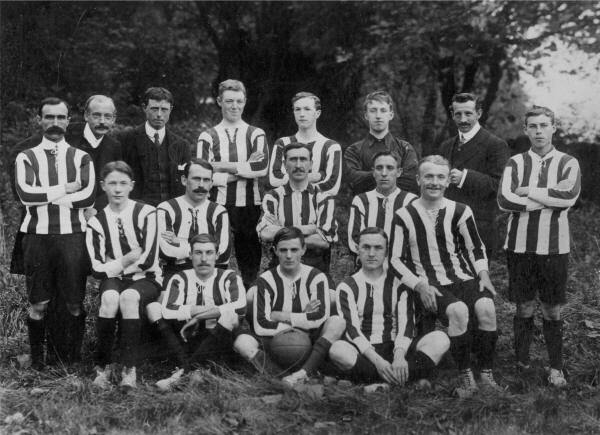 Team members from left to right were

Eddie Ray was later well known locally as owner of the village hardware store and the village Air Raid Warden during the World War Two.