Cantanti Camerati is a chamber choir that specialises in performing unaccompanied English music. We are also known for the wide range of music that we tackle - from band-accompanied Broadway shows to opera excerpts. The choir was formed in 1968, is based in Richmond-upon-Thames and rehearses on Thursday evenings at Richmond & Hillcroft Adult Community College.

News - Congratulations to our now Not-so-New Musical Director, Seb Gillot, who has completed a full year of music-making with us.  Seb made his debut concert with Cantanti Camerati at our Golden Anniversary Concert on Saturday 16th June 2018.  We look forward to many more enjoyable rehearsals and concerts with him. 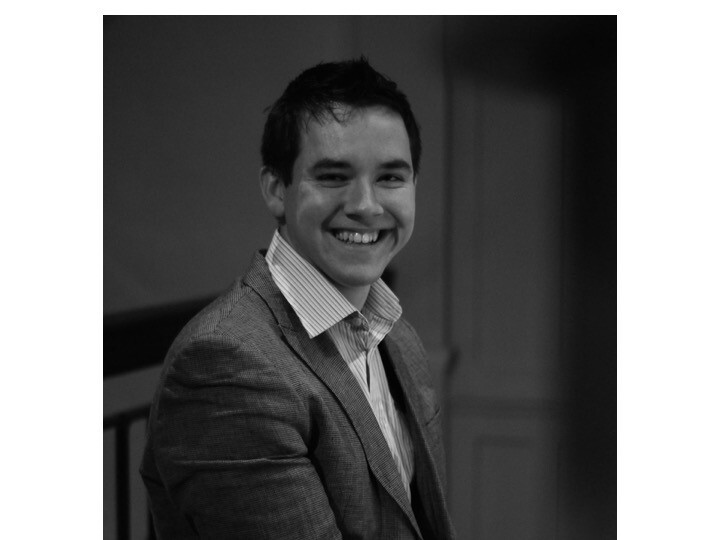 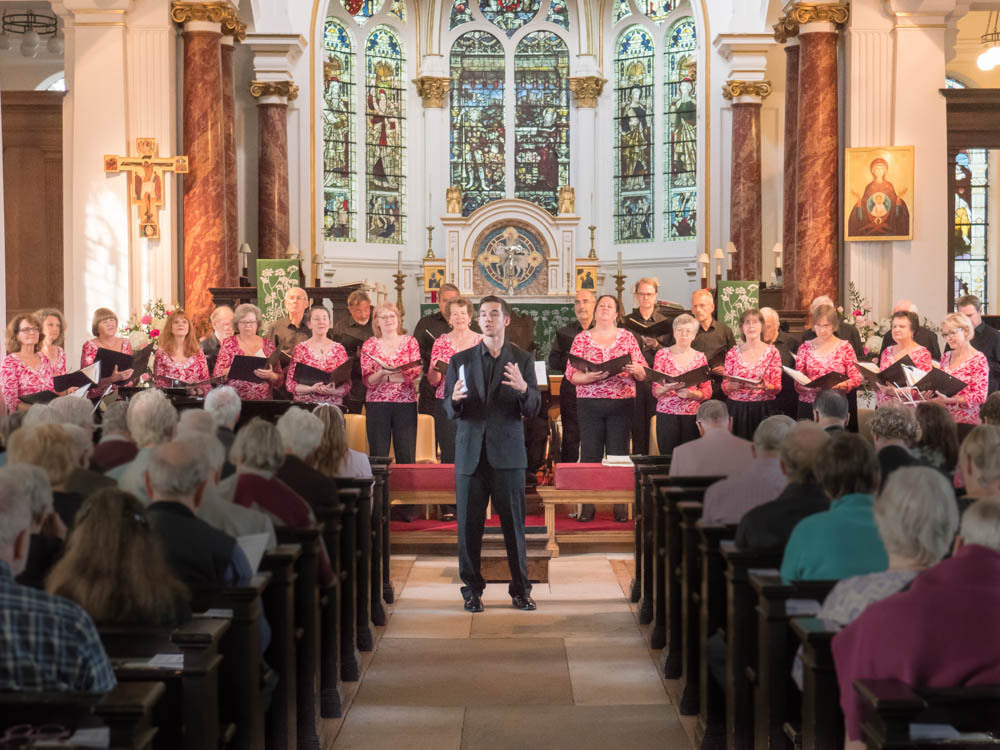 We perform at least four public concerts both in the London Borough of Richmond, and further afield, for example in St. James’ Church, Piccadilly.  Our calendar year often began with a secular spring concert in March at Normansfield Theatre in Teddington.  Last year, our Spring Serenade theme was "Shakespeare in Song", a colourful celebration of songs, old and new, using the words of Shakespeare.  In 2020, our March concert will instead be a concert of sacred music at St Anne's Church, Kew Green.  Click here for details

Our late spring/summer concert is an opportunity to provide a contrasting programme, last year entitled "The Flowers appear on the Earth", as part of the festival 'Twickenham goes Green'. In 2017, it featured Britten's Saint Nicolas and Chilcott's Five Days that changed the world, with Children's Choir and tenor soloist. In 2018 we enjoyed a musical trip down memory lane to celebrate the choir's 50th anniversary.  Other years have provided opportunities to sing a Summer Soiree, or to support local events.

For our Autumn concert, we have visited a variety of venues, and recently in October we performed at the Exchange Theatre in Twickenham with concert themes of 'Music of Stage and Screen' and 'Pictures at an Exhibition'. Our Christmas concerts at St. Mary's Church, Twickenham, while traditional at heart, are exciting affairs, with organ, string or brass quartet, handbells, hurdy-gurdy, and a peal of tower bells in the hour before the concert, as well as audience participation in carols.  Many of our concerts have been given to support charitable causes.

The choir maintains links with choirs in Fontainebleau in France, and Konstanz in southern Germany.  In addition, in October 2009 a sizeable group from the choir visited Sierra Leone in order to encourage the re-establishment of musical education in the Freetown area following the ending of the civil war. In the months leading up to that visit, we ran a donation scheme for second-hand musical instruments, receiving an overwhelmingly generous response, and were able to provide over 200 musical instruments and stacks of sheet music.

New members are welcome to join the choir, and when space permits, entry to full membership is after a formal audition; members are expected to be able to make a regular commitment, in order that standards may be maintained.  There is, of course, a membership fee but we believe that it is more modest than that for many choirs.  We have reduced terms for students and those on low incomes.