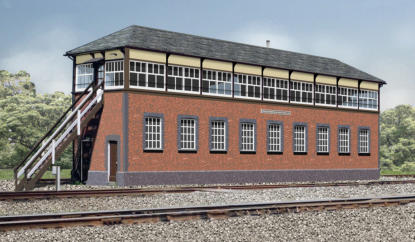 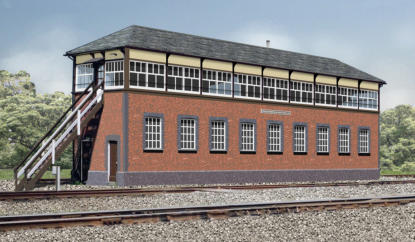 The picture to the right shows a computer simulation of what we hope the box will look like when the renovations are complete. Currently only partly restored, the signal box already has a small set of working levers which control the points and signals on the Chinnor & Princes Risborough heritage steam railway to the rear of the box which runs parallel to the Chiltern main lines at the front of the box. Further restoration work continues.

This website will give the reader an insight into the history of the largest remaining Great Western design signal box in the country, from its construction in 1904, closure in 1991 and the dereliction that followed, through to again becoming a working signal box controlling the passage of steam trains.

The signal box is not routinely open to the public but we do have Open Days during the course of the year, the dates of which are advertised on this web site.