The sports pavilion used to sit at the top of the field near the wood, in the NW corner of the school site  and was much in use during Sports Days and Cricket Matches.  Sadly due to vandalism the building was pulled down in the 1990's. The building was a testament to team work and ingenuity.   It was a large building with 2 changing rooms, an entrance area, a scoring room and a verandah and cost £470 to build all raised by the school through events like fairs. The building was built of rustic red brick and tiles to match the school and consisted of 26,000 bricks.  The whole project was overseen by Mr (Chiseller) Charnley who with an army of volunteers including the boys completed the building.

A comment from the former Headteacher, Muriel Ryding:  I think that the building of the Pavilion is a remarkable reflection of the “can-do” attitude of the time. The members of the School  wanted a pavilion, funds in post war Britain were not available for such facilities – so they built it themselves !!

An artist's impression of the building by Art Master Joe Croswell is shown. 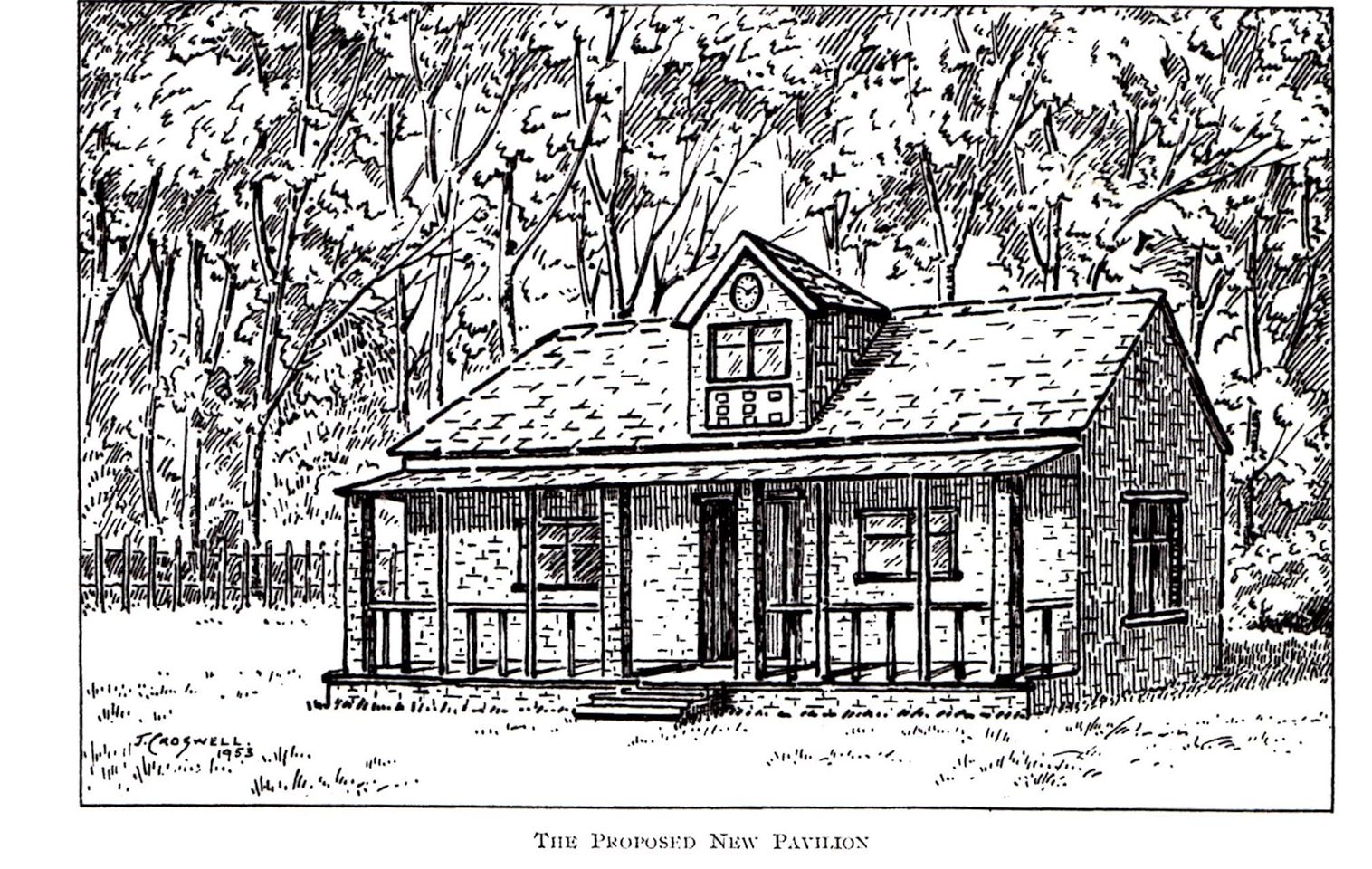 They started work on the building in March 1953 completing it in 1958.  Here is a picture of cutting the first sod.  The persons shown are Alan Fryer, the youngest boy in the school, John "Chislet" Charnley, "King" Peel, J Brian "JB" Wright 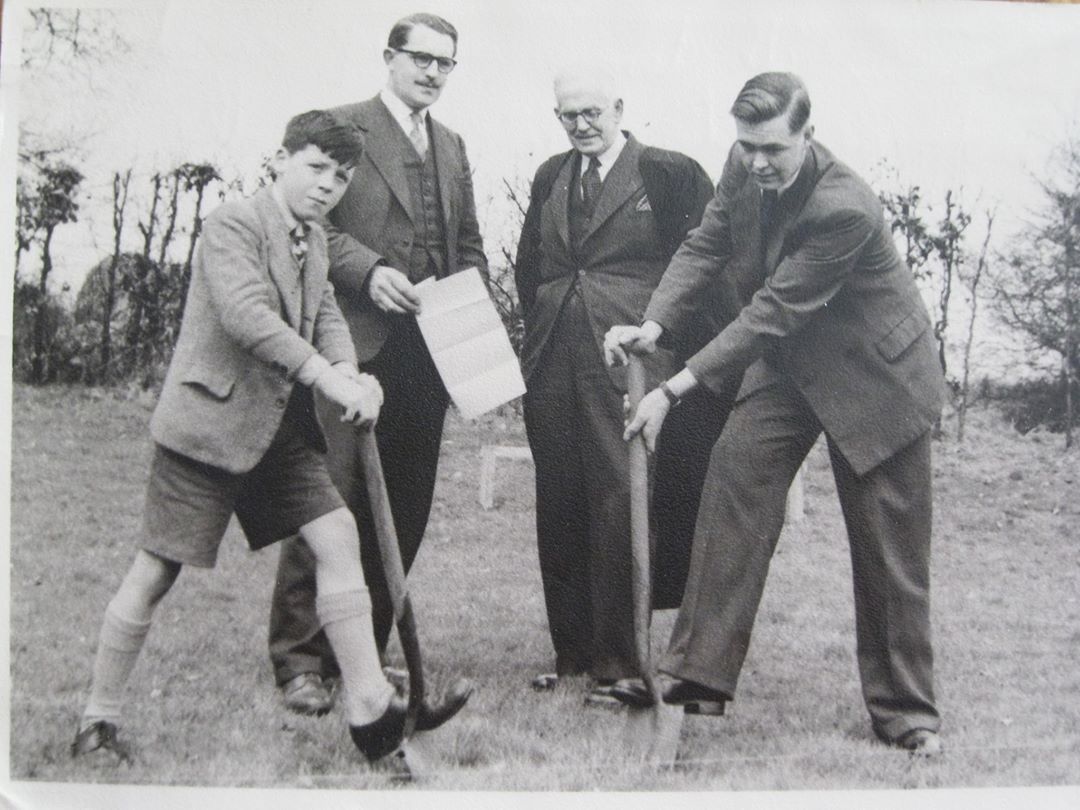 The boys helped to construct the building which is why it is a shame that it had to be removed due to vandalism.  Its position did not help being a distance from the school buildings near the wood. 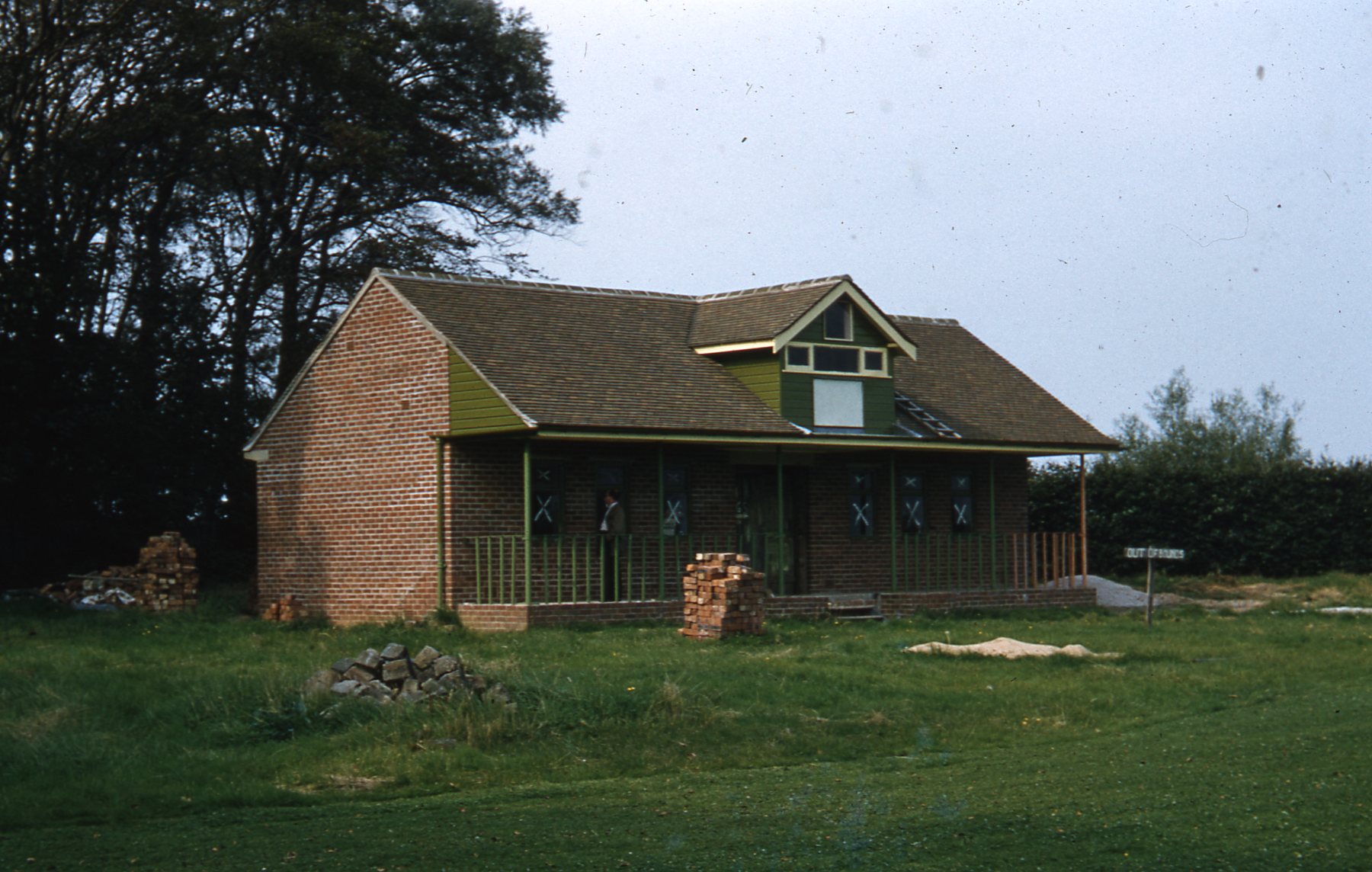 The main element of the scoreboard, which sat on top of the building was itself consisted of a salvaged three-number Ribble destination system (bus company). Very high tech for the time but not the easiest thing to operate. Nowadays many school scoreboards are electronic and are activated from the pitch using wireless electronics.

The first full season of the pavilion was in 1959 when the First Xi won all their matches.  The pavillion was officially opened by Mrs Charnley.  A member of her family still keeps the ceremonial key given to her on the day.  There used to be a plaque in the entrance of the pavillion commemorating the opening  - i wonder where that has gone? 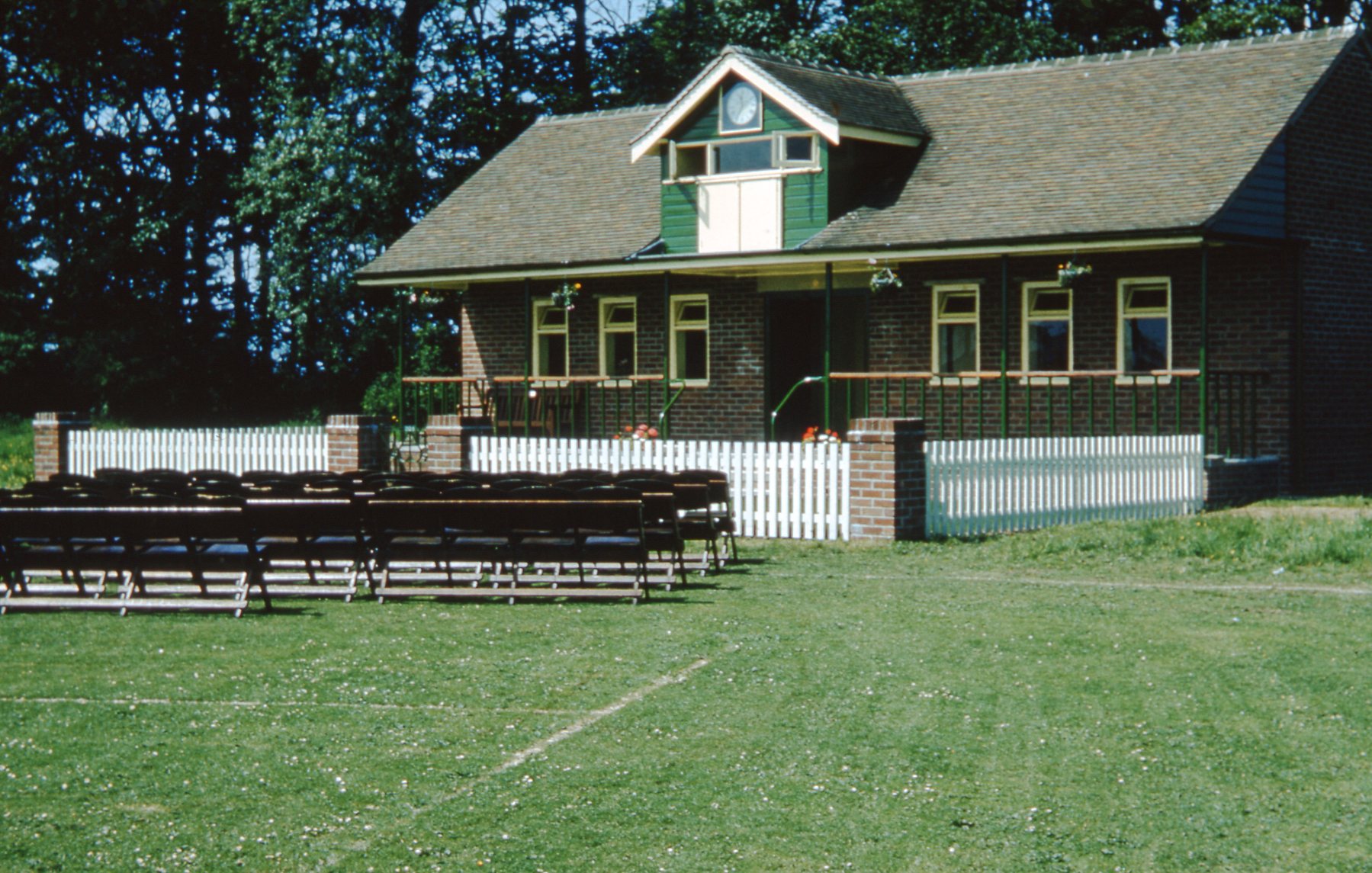 This shows the point in the ceremony at which the door is opened. Mrs Charnley is being directed by the head, W.H. Martin. Behind her is the deputy head, A.C. (Arthur) Okell. 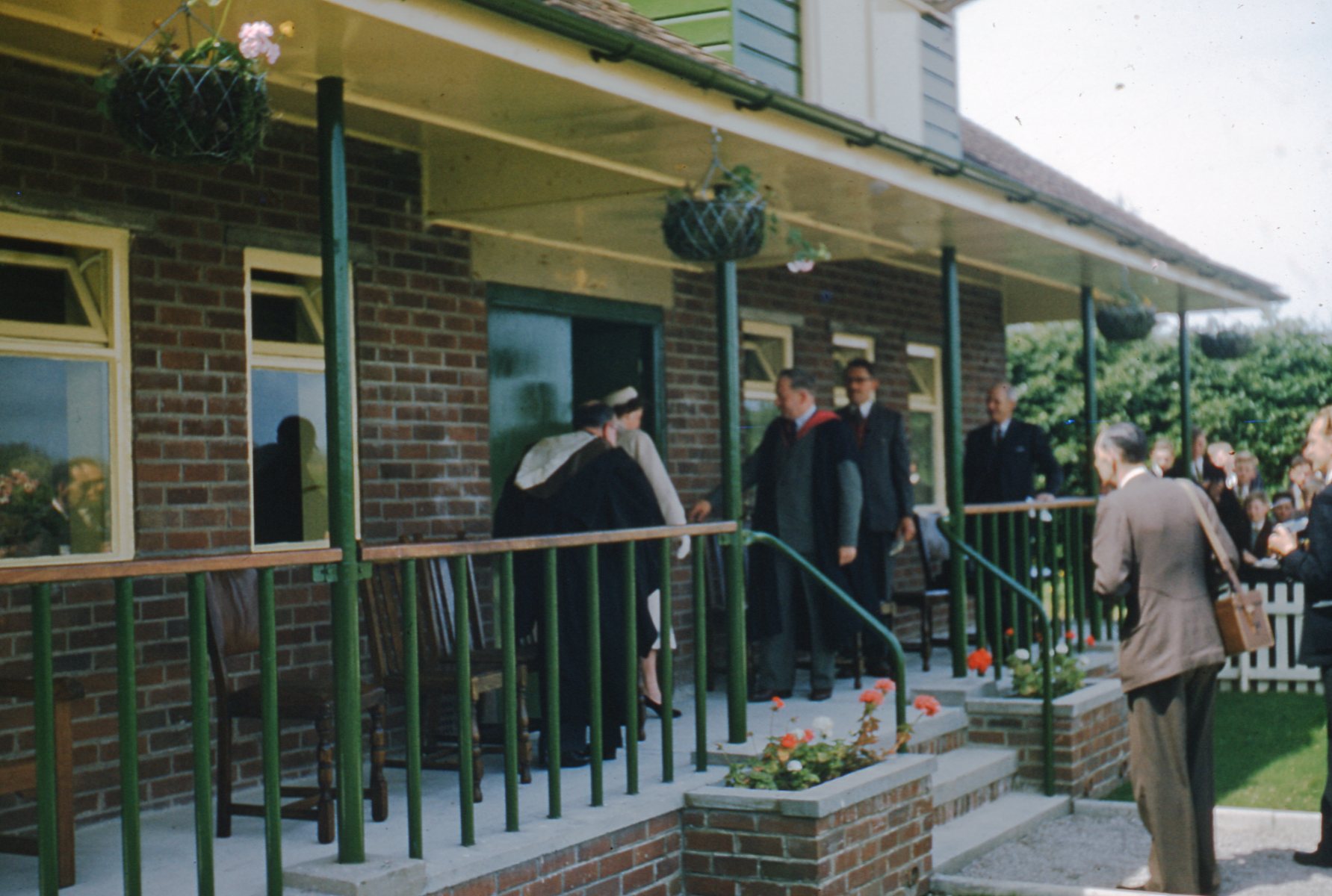 The cricket match which followed the opening was between the Old Boys and a combined staff/pupil XI.  The Old Boys XI included, A.P. Ardron, George Curwen.  In the School and Staff XI, Don Ramsden was a very fast bowler who was still in the school team the next year.  He later taught at the school.  J.A. (“Gabby”) Paterson taught German and was in charge of the games lessons.  J.L. (“Whizzer”) Thompson taught English, as did Derek Gregson.  One of the umpires, E.F. (“Bug”) Harris taught French.

In later years with the building closed and locked up one of the RE department used to sneak up there during his free time to read the paper and smoke his cigars, out of view of a certain Headmistress. 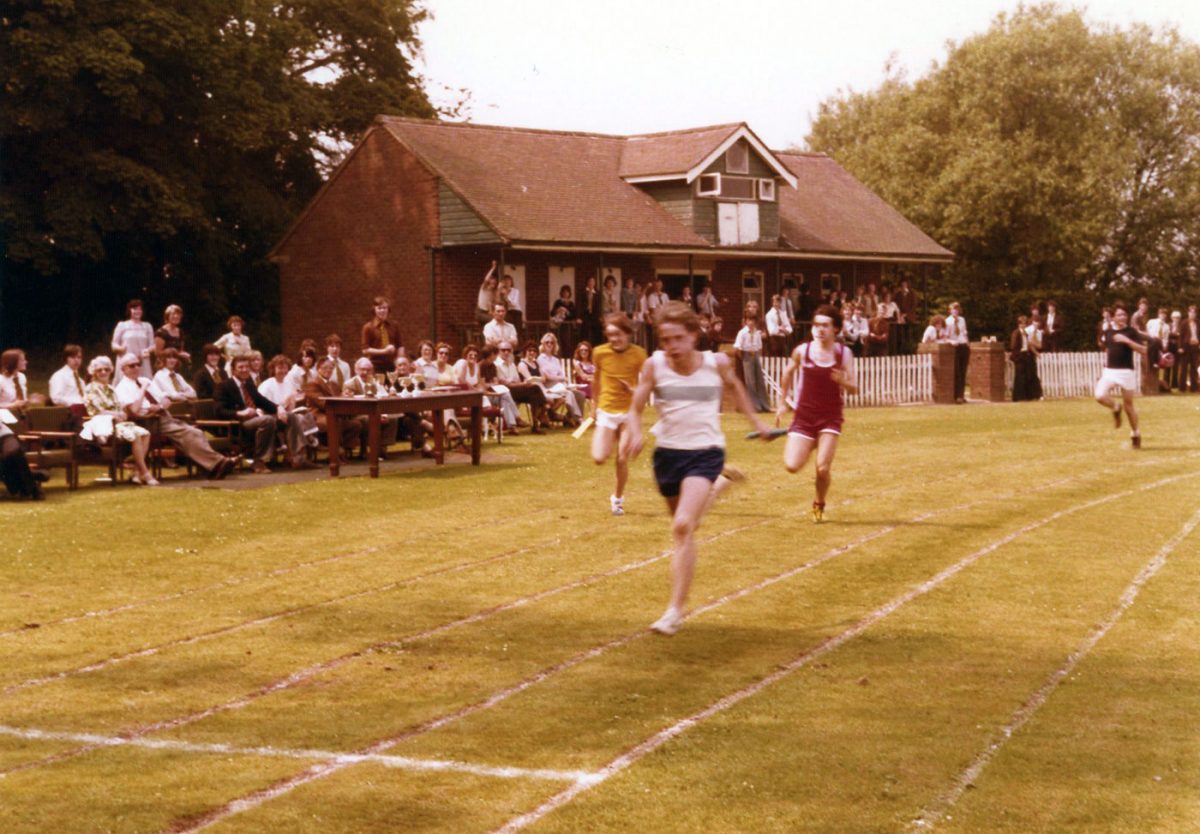 Thanks for John Charnley (Junior) for much of this information. 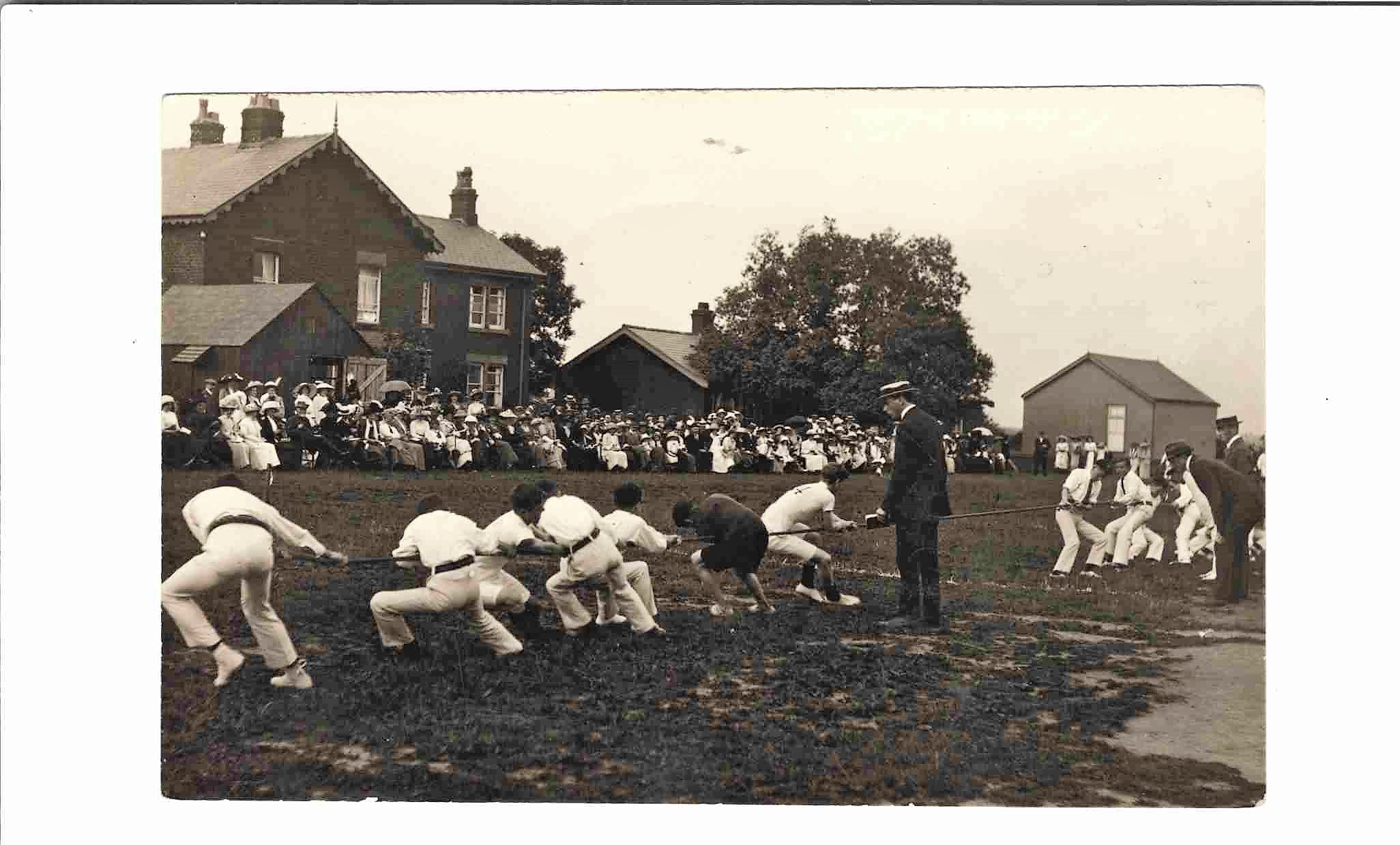 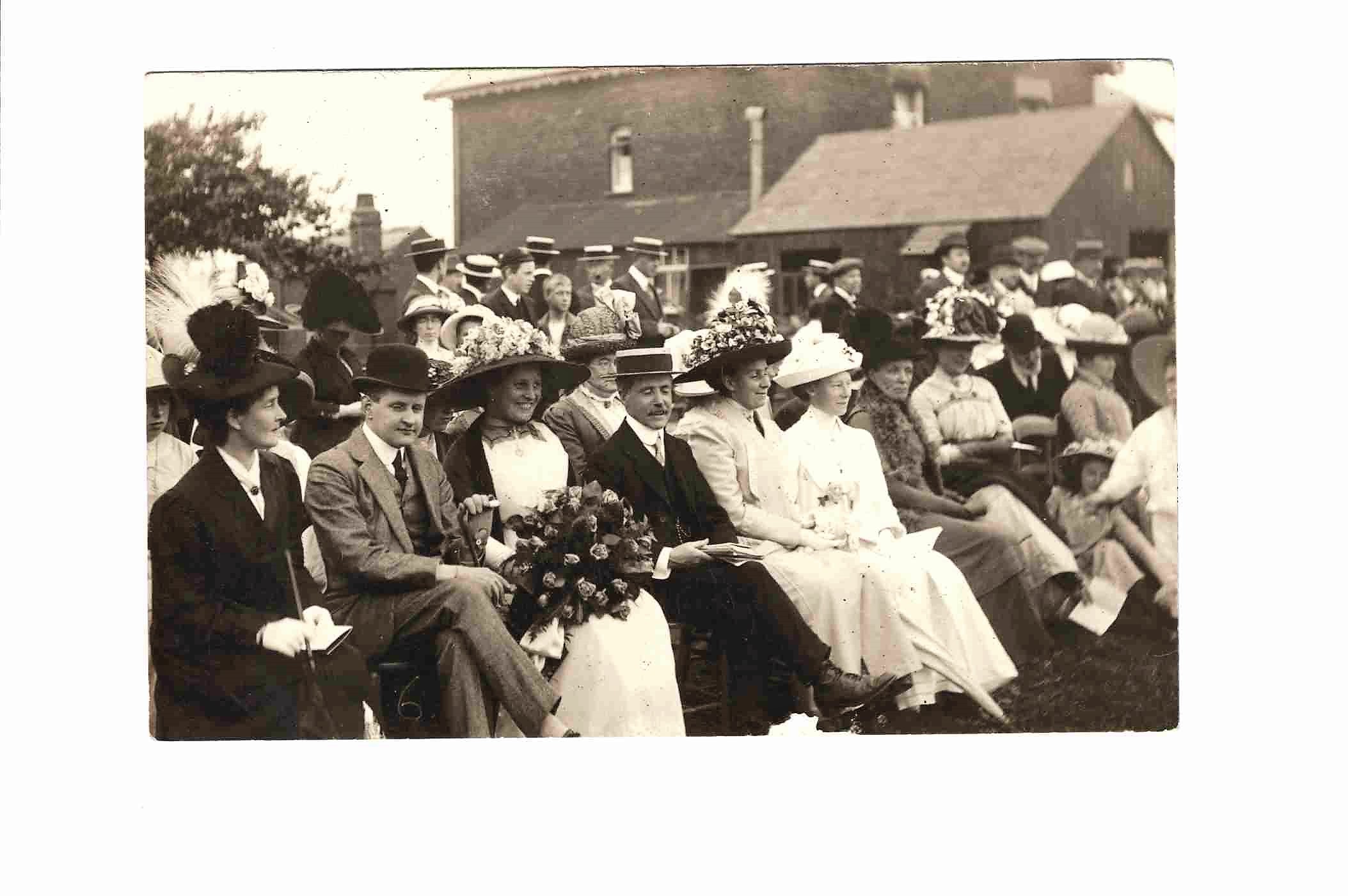