The oddities of the new school site 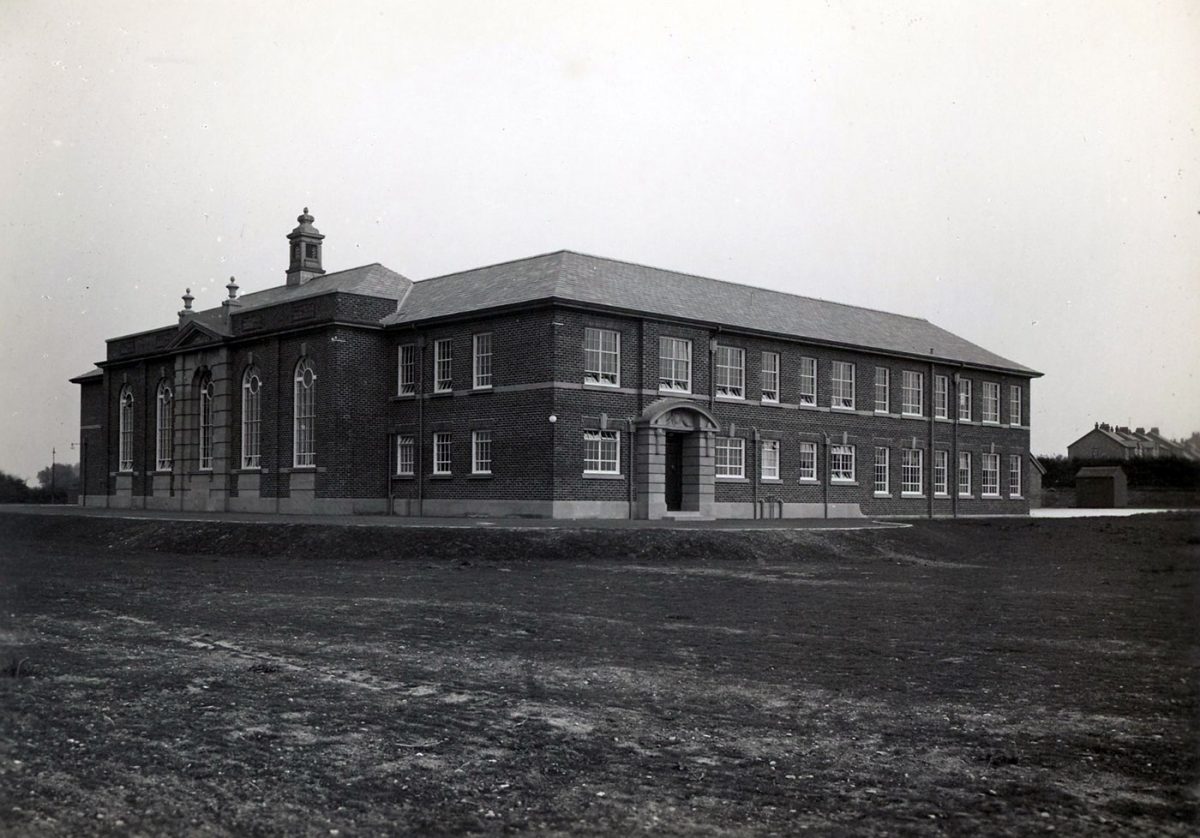 A picture of the new school soon after it was completed.

Now we look at the evidence for this.

The first piece of evidence is the commemorative plaque, this is still situated at the 'back' of the school.  It sits behind the plaster wall in the David Jesson Room (old entrance). The plaque at the front of the school lists the governors at the time. 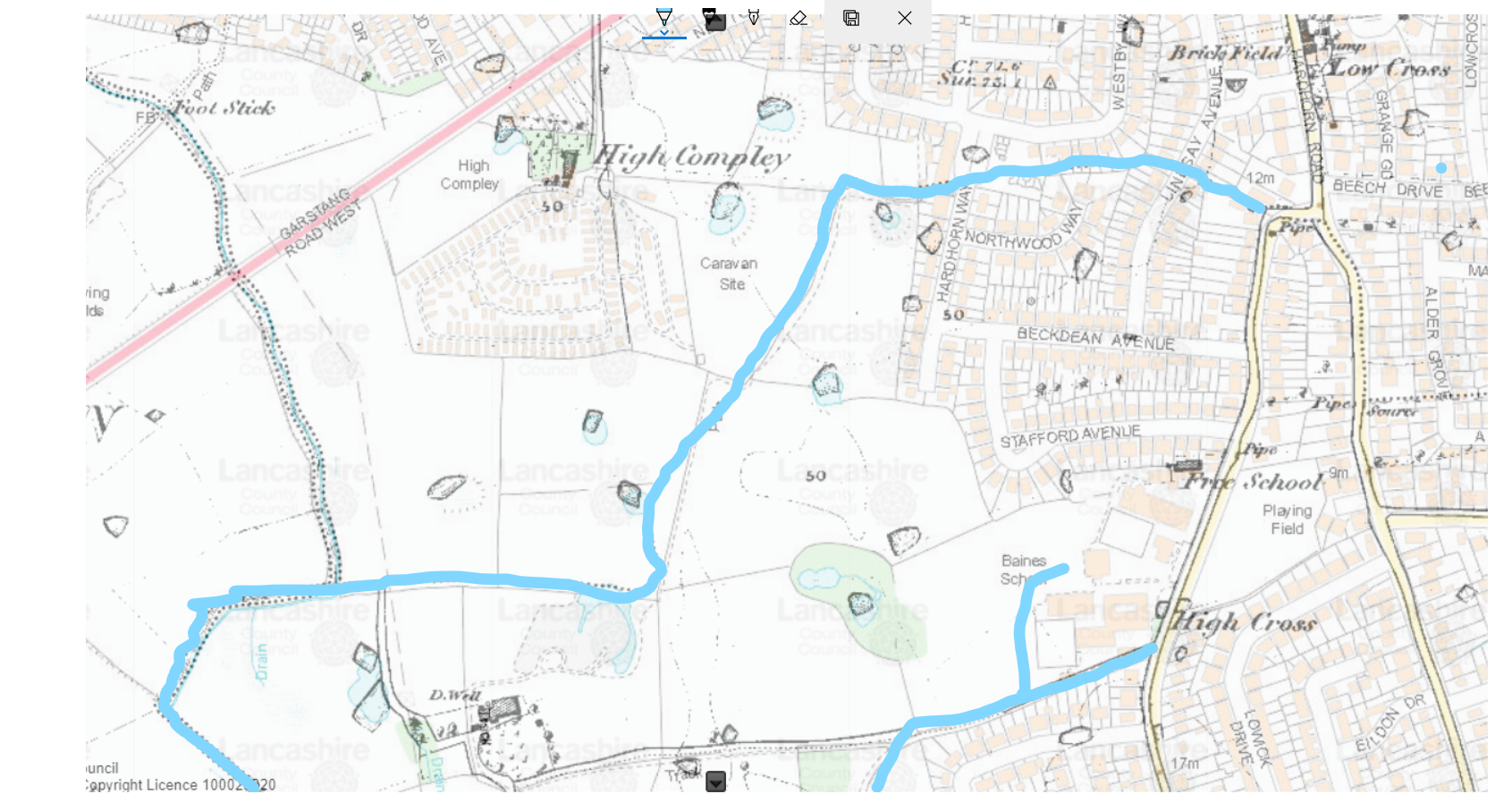 The map above shows the planned new road.

Staining road was going to cease at the edge of the new school turn left (with the school on the right) and then split into 3, left to Fylde Farm School, straight on to the main road and right into Baines School.  Middle Farm was planned to be removed.  The new road would then sweep round past the back of the wood and re-join at Hardhorn Road.  (junction of Highcross Road and Hardhorn Road). Highcross Road would not have existed therefore B field would not have been across the road.