From time to time we will be uploading information on the former teachers of the school.  This will take the form of staff that have left the school but have a story to tell about what they have been doing or for those that have sadly passed on.

As for the headteachers there have only been 18 known headteachers since 1717.  In the early days there is believed to have been other headteachers but these were not recorded.  In the time before James Baines left money in his will there was one headteacher on the current site William Smalley (1708 - 1717) and three prior to him.

Our first teacher to be featured is H E Tomlinson who managed 4 pages in the Poultonian but when Mr Martin retired as Head he only managed one page! 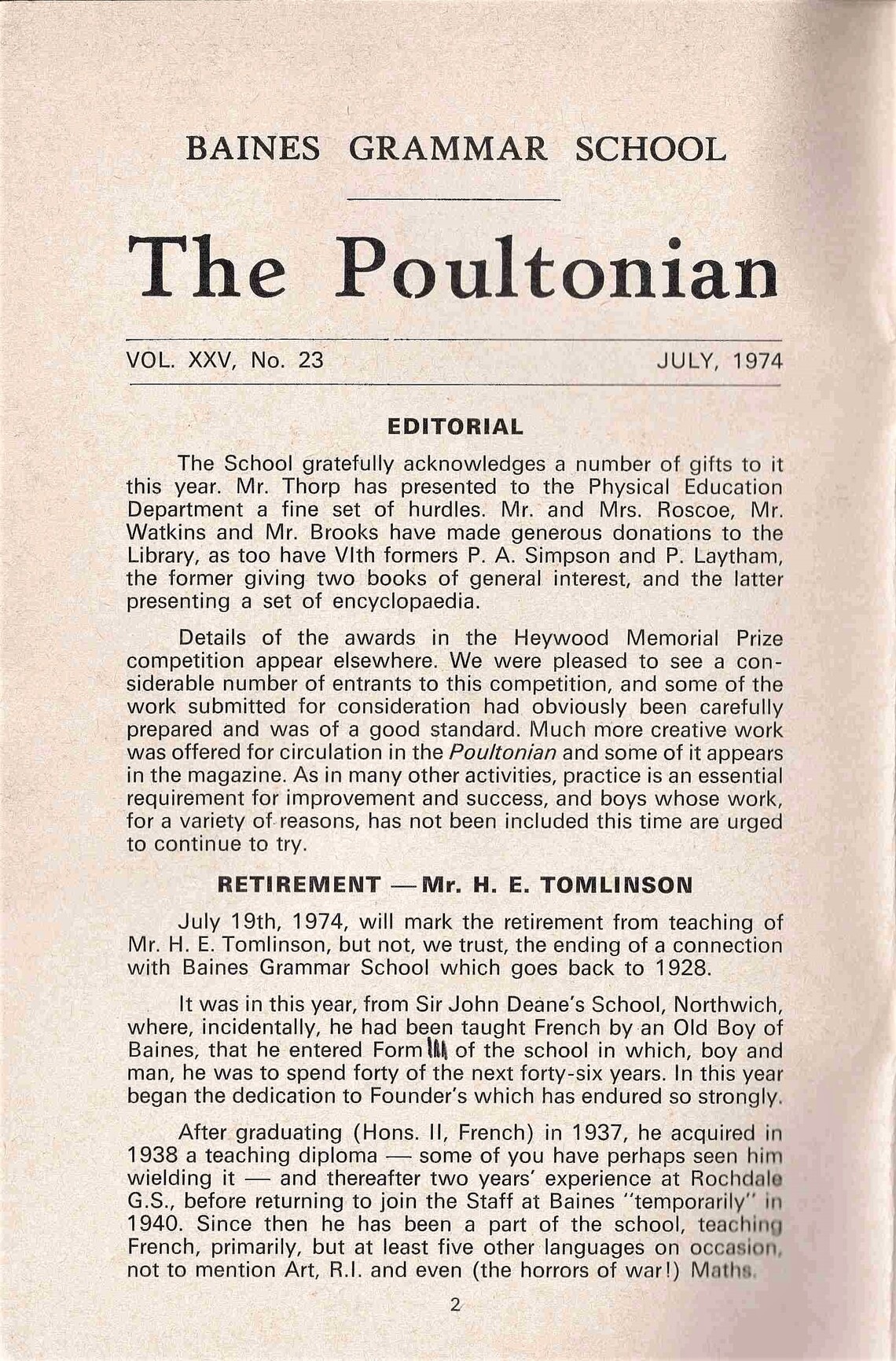 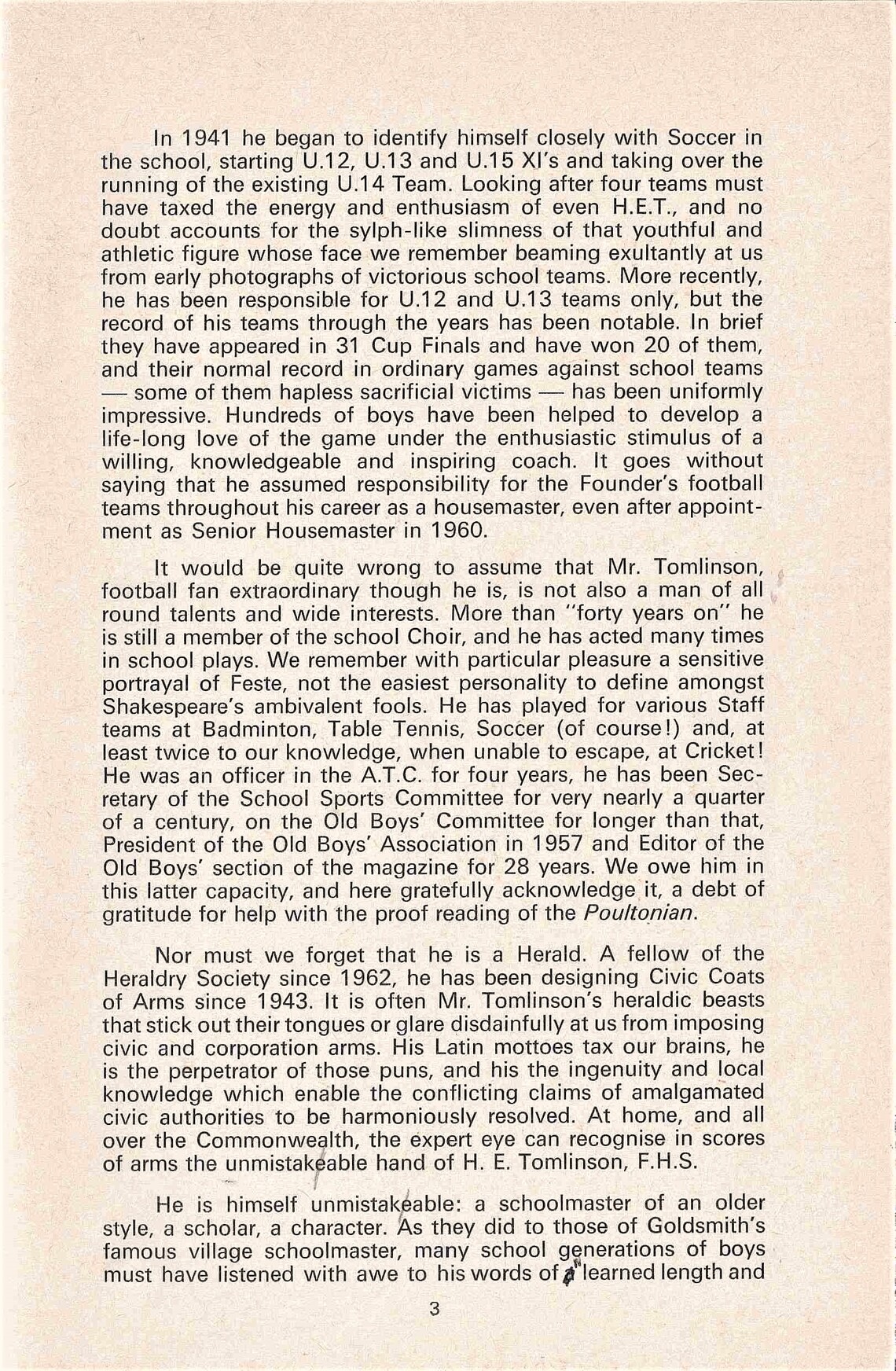 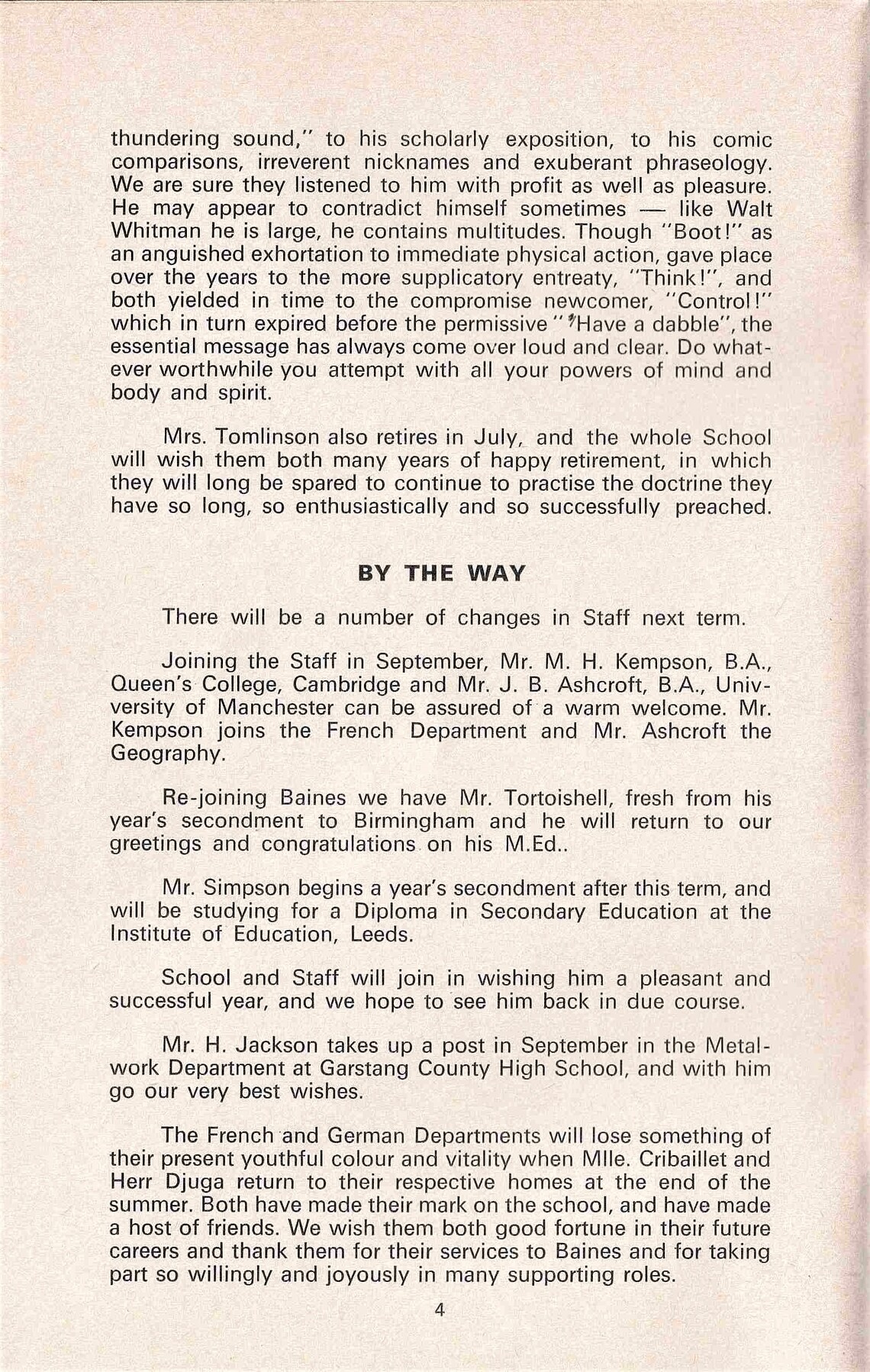 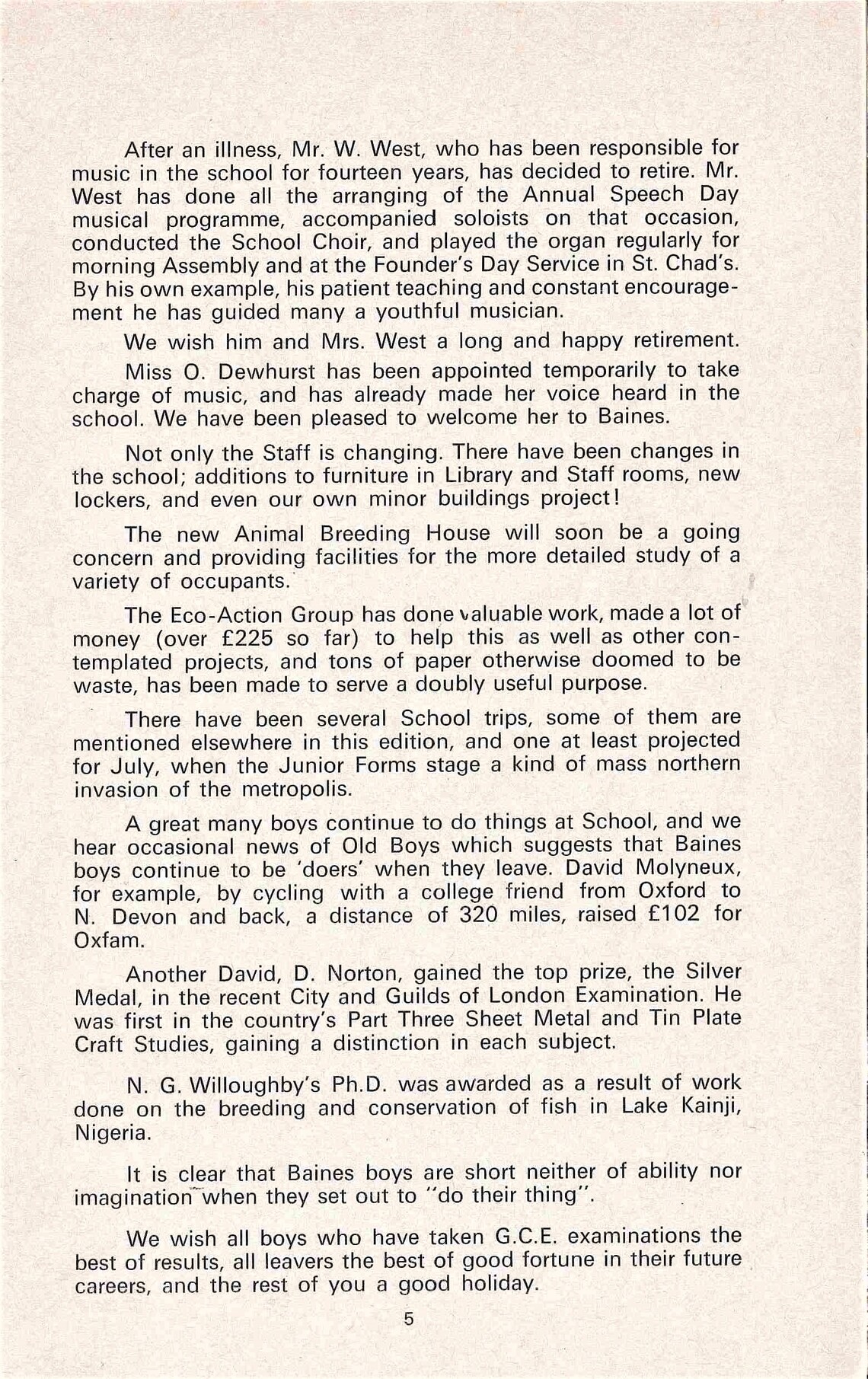