The village of Hillesden is a small, rural community of approx. 175 inhabitants, located in South Buckinghamshire, 3 miles south of Buckingham.

The village of Hillesden is seen to be in three parts, The Hamlet (Lower End), The Barracks and Church End. 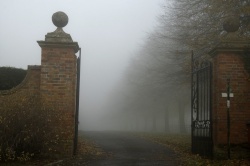 In the 17th century Hillesden House was the home of the Royalist Dentons.  During the civil war it was used as a garrison for the King.

The Manor House was demolished by Cromwell's men the the years before 1806.  A modern 'Hillesden House' has been built close to the original site, incorporating within its bounds the remains of the moat.Until 1806 most of Hillesden belonged to the Dukes of Buckingham. 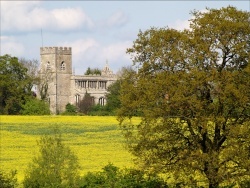 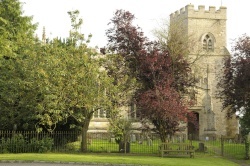 The Church at Hillesden is ‘All Saints’, which has been described as "The Cathedral in the field".  Begun in the 13th century it has had a very chequered history. It was rebuilt by monks in the 14th century. The doors to this day bear the marks of shot fired during the Civil War. Early in the 18th century the church was further damaged by fire. At the beginning of the 19th century this fine building was visited by a young boy from the neighbouring village of Gawcott. It is reputed that Hillesden Church inspired the young Gilbert Scott (later Sir Giles Gilbert Scott) to devote his life to ecclesiastical architecture.