Flower of The Month 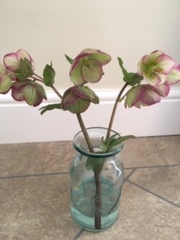 FLOWER OF THE MONTH

An informal competition for members attending

meetings in the Institute, Kelvedon (exceptions = the April & Dec meetings).

Members are invited to bring along, in a vase or jar,

one stem from any plant currently flowering in their garden,

All the people present at the meeting are then asked to judge their favourite of the flowers by placing a single bean alongside.

The beans are counted and points awarded to

the 3 flowers with the highest number.

Any further donations can be added to the 'Perennial' collecting can on the table.

gaining the most points overall.