We would like thank all those people who helped again this year with the Village Fete, whether by setting up on day, running stalls, providing events, buying draw tickets, or just coming along on the day to spend your cash!

We made just over £3,900 profit this year – a great result! The money will be split equally between the Village Hall & All Saints Church and help with planned repairs and improvements.

From the Fete Committee

For the 2013 Fete details see the Programme and the photographs .

We would like thank all those people who helped this year with our Village Fete, whether by setting up on the day, running stalls, providing events, buying draw tickets, or just coming along on the day to spend your cash!

We made £3,472.04 profit this year – a great result! The money will be split equally between the Village Hall & All Saints Church and help with planned repairs and improvements.

From Jenny Ash and the Fete Committee

The fancy dress parade to open the fete and mark the 25th. Anniversary of the Village Hall. 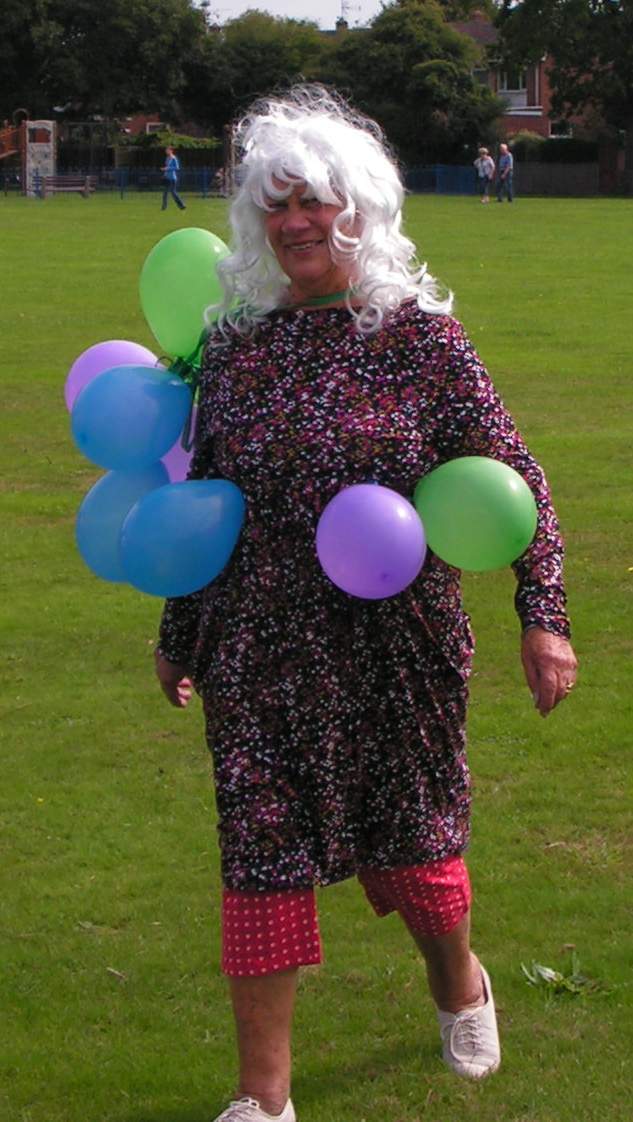 Who is this mystery Blonde? 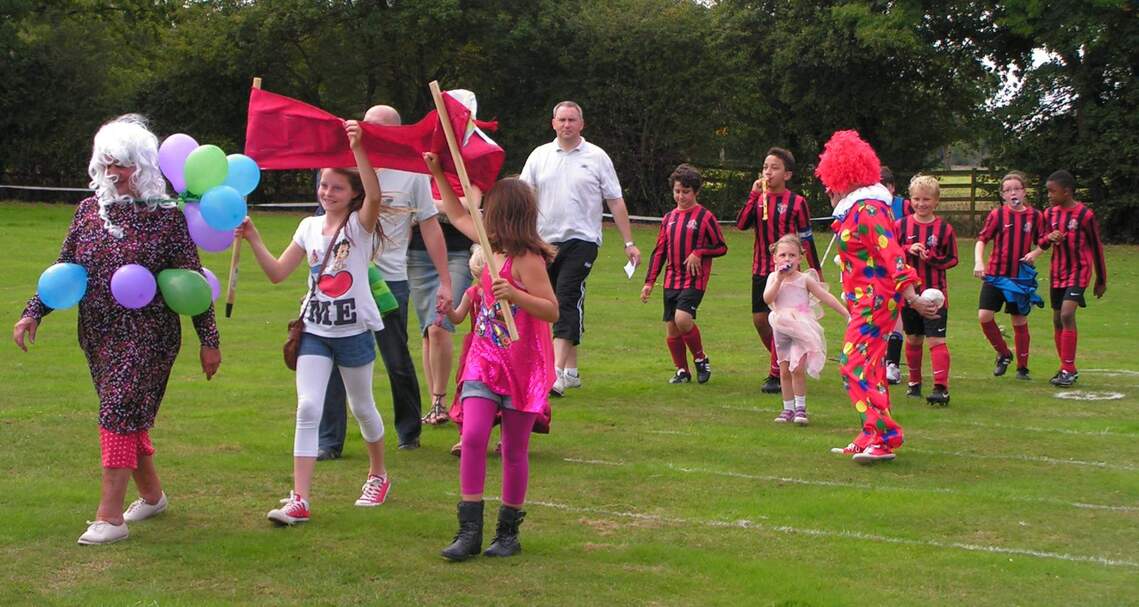 Some footballers join the parade. 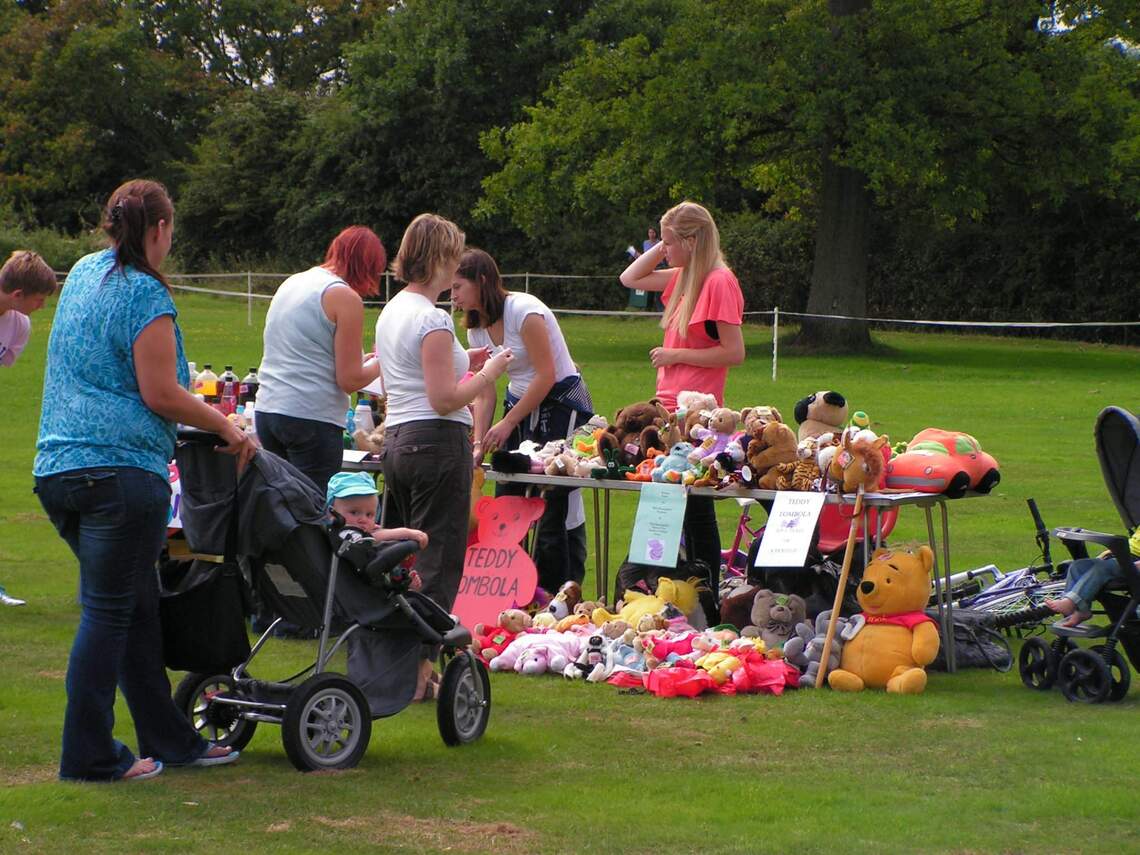 If it's furry it's on the Teddy Tombola Stall. 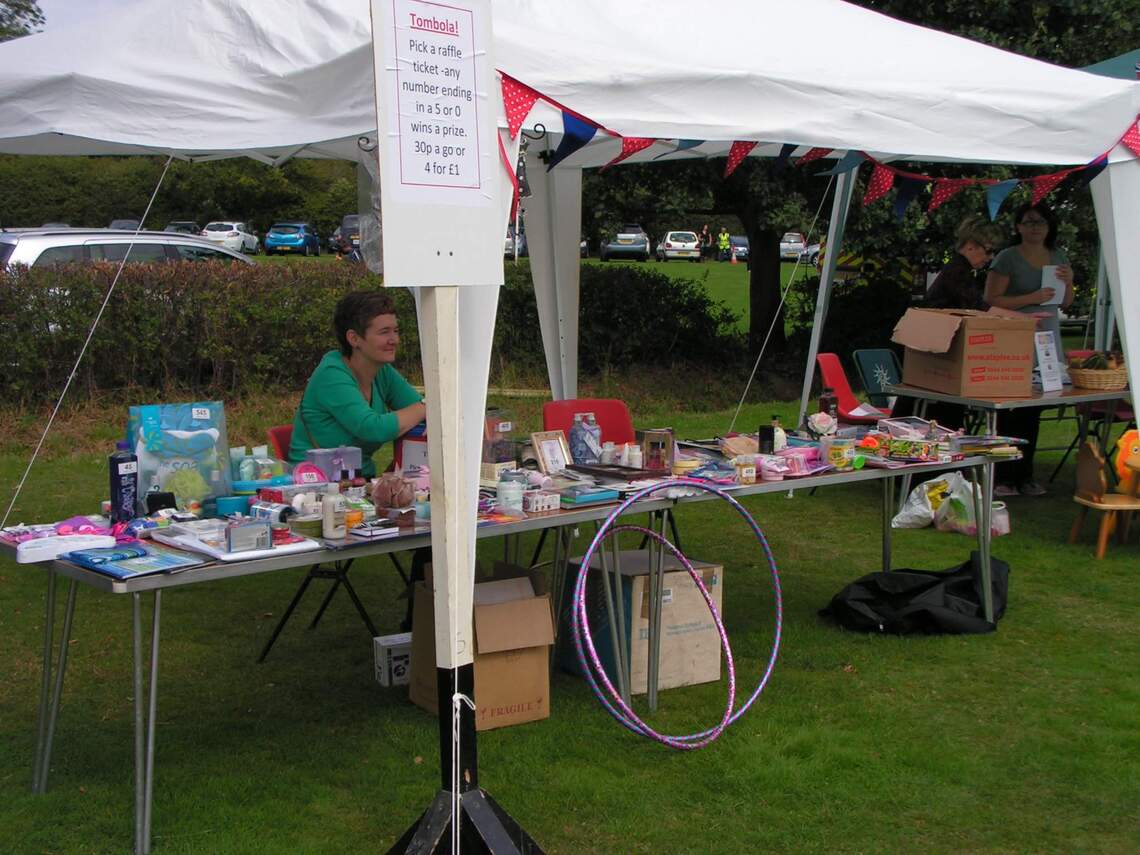 Lots of goodies on the Tombola Stall 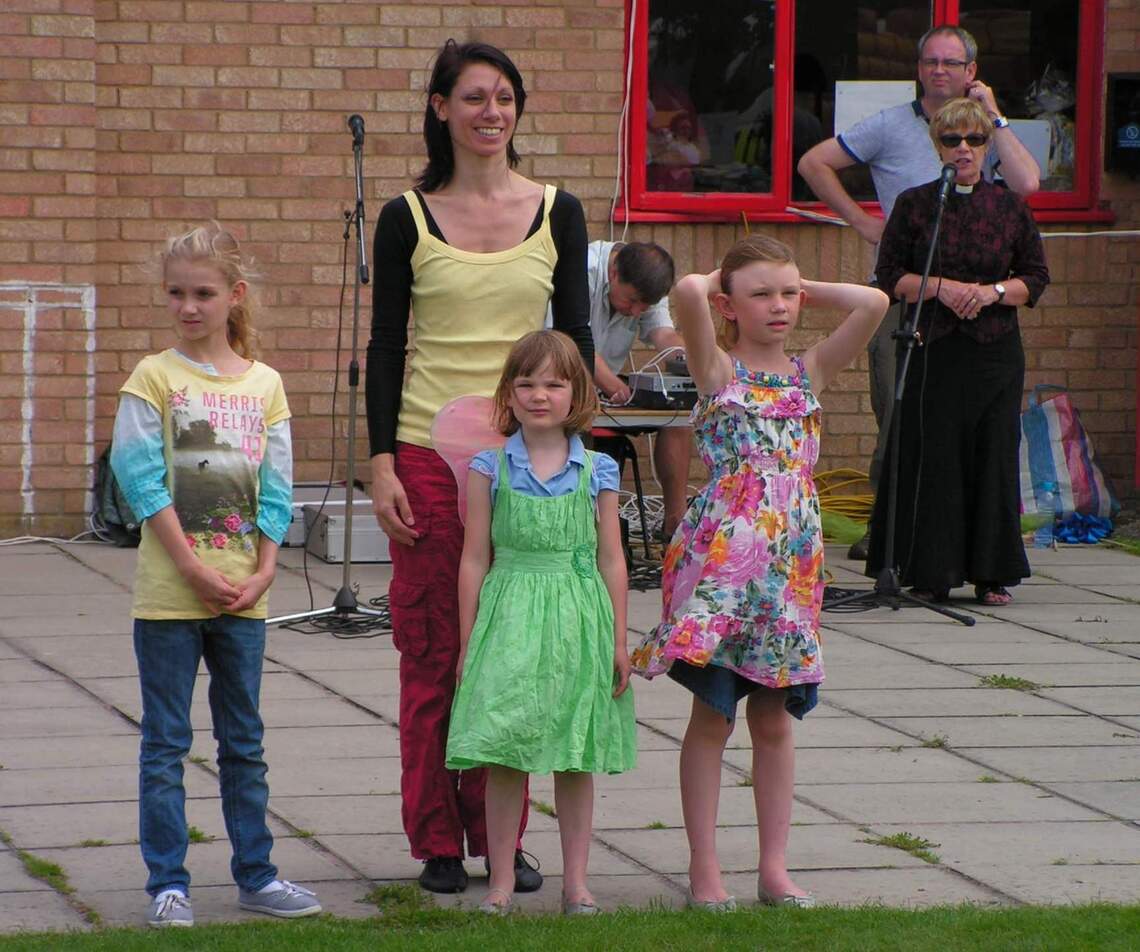 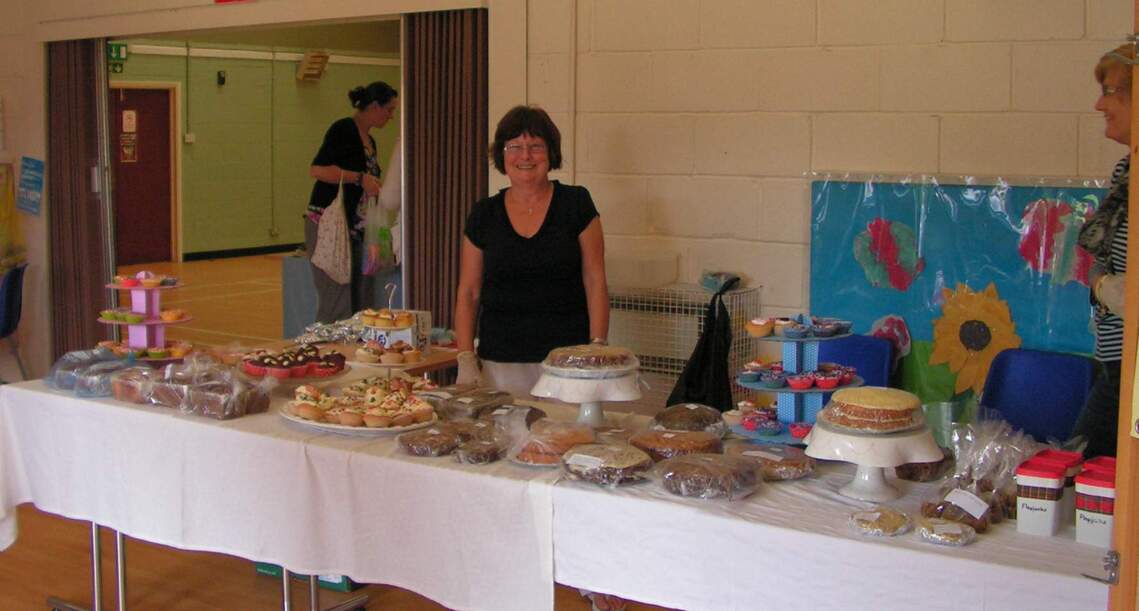 The Cake Stall is well stocked, but it won't be for long! 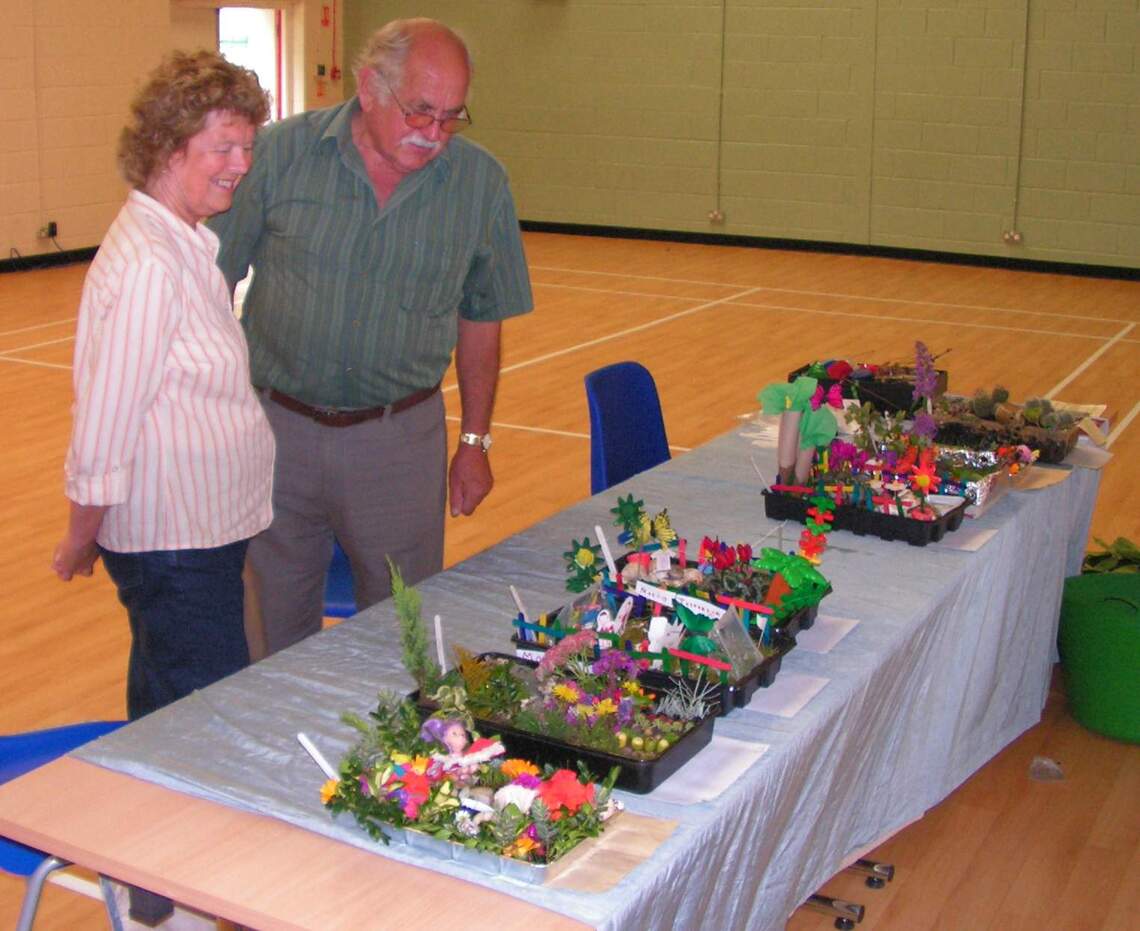 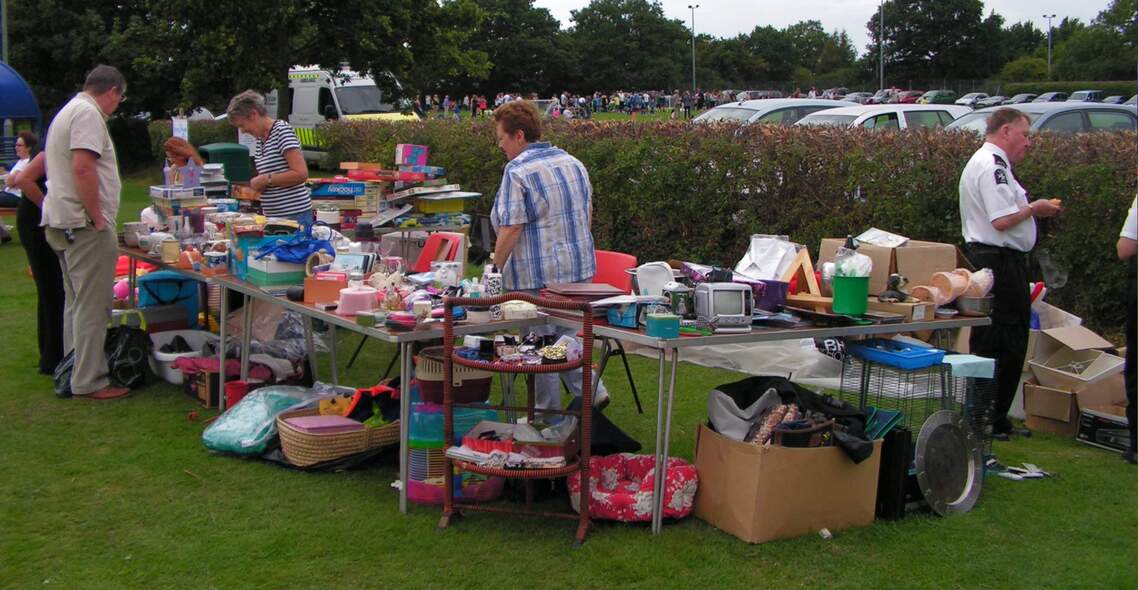 Iris and Linda with a treasure trove of White Elephants, and in the distance crowds are watching the 5-a-Side Football Tournament 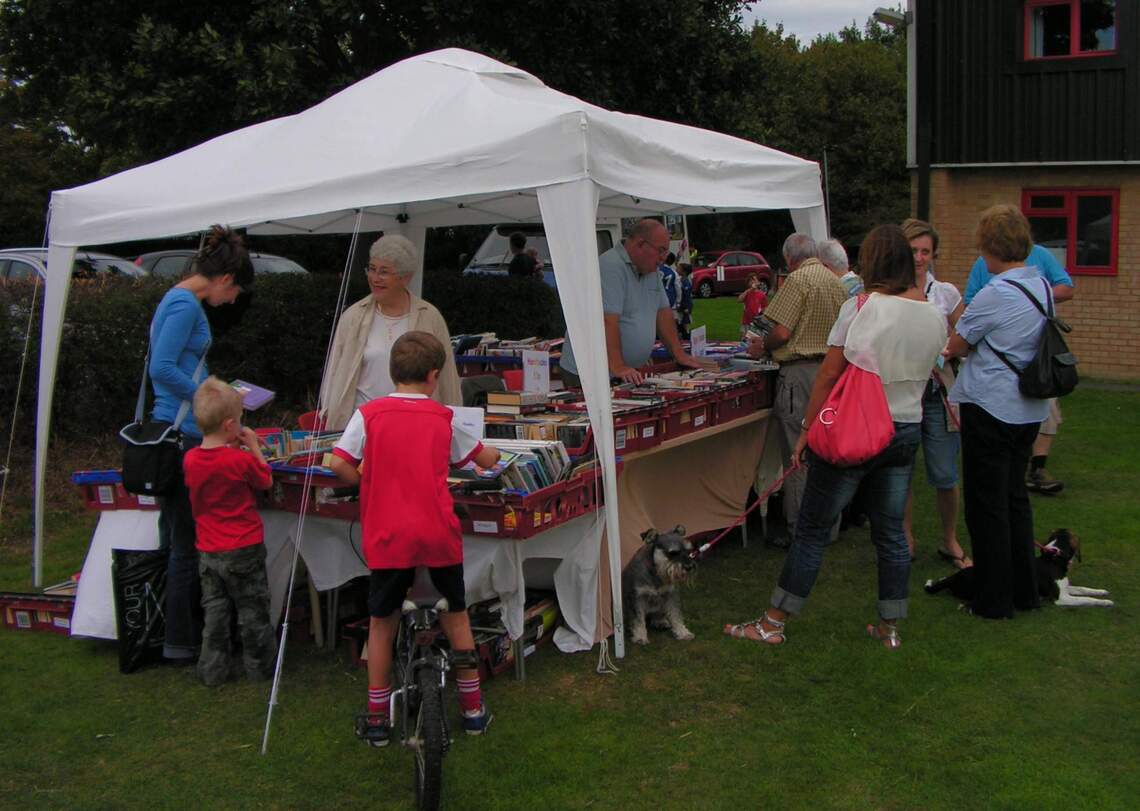 Christine and Alan manning the Bookstall

The cakes are worth a second, closer look! 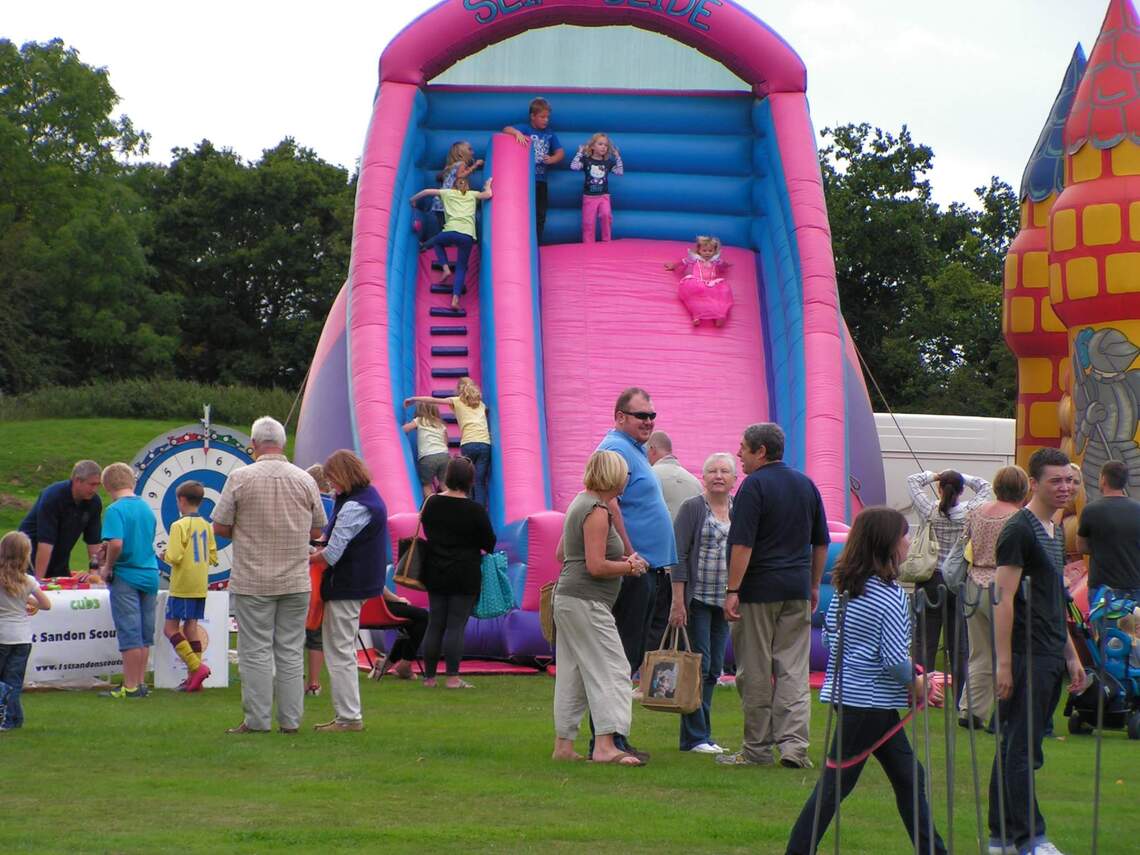 The Slide is proving popular. 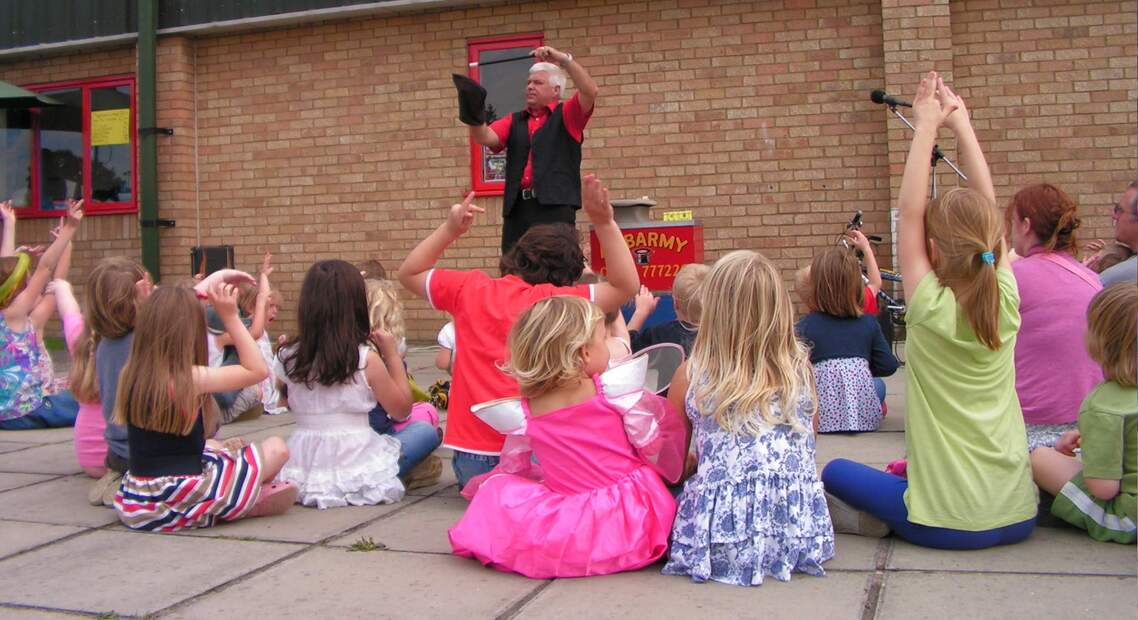 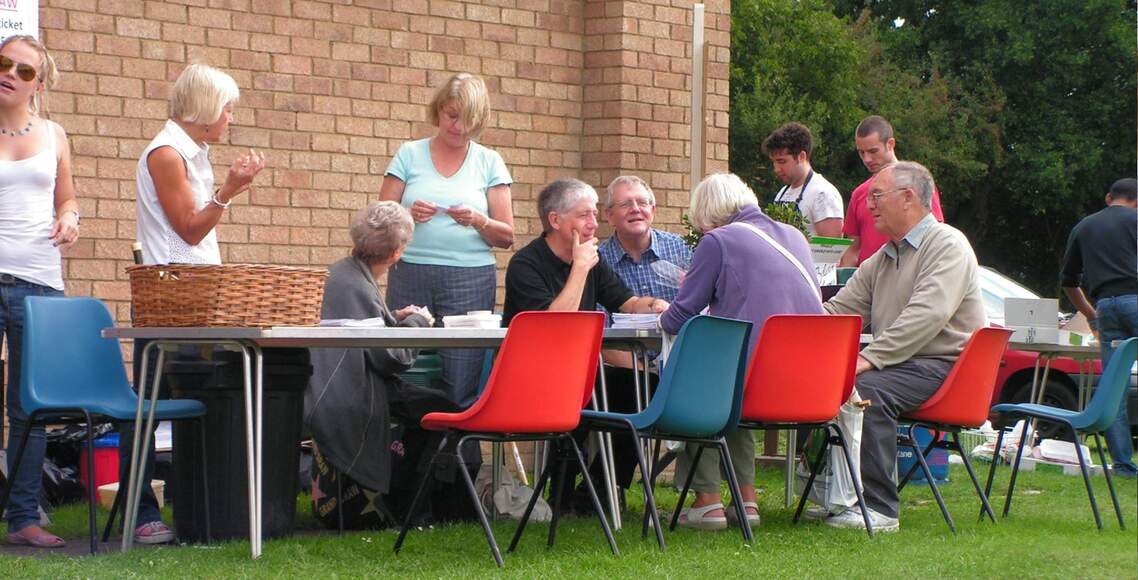 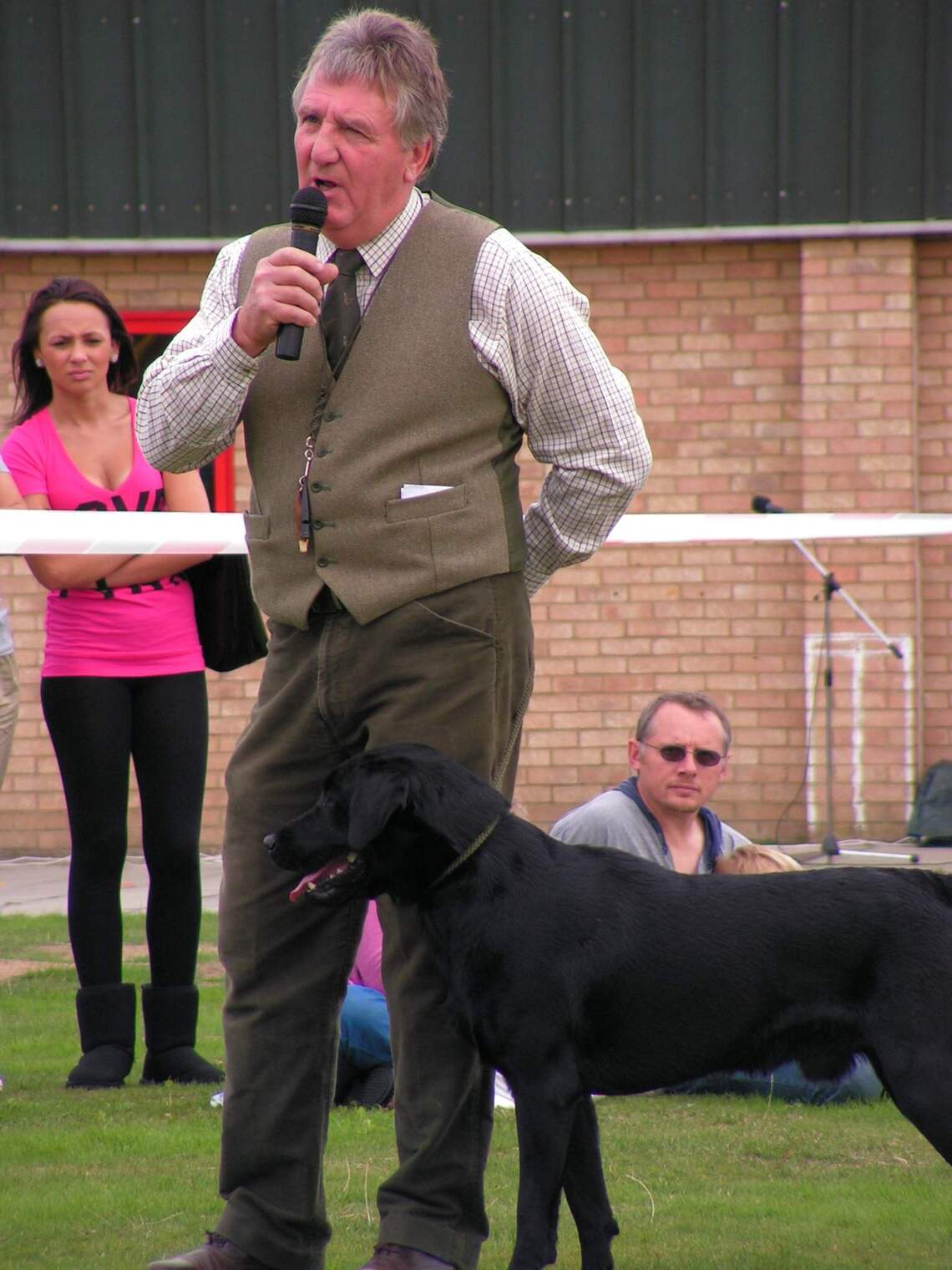 Les demonstrating how to prevent pulling on the lead

Now walking without the lead 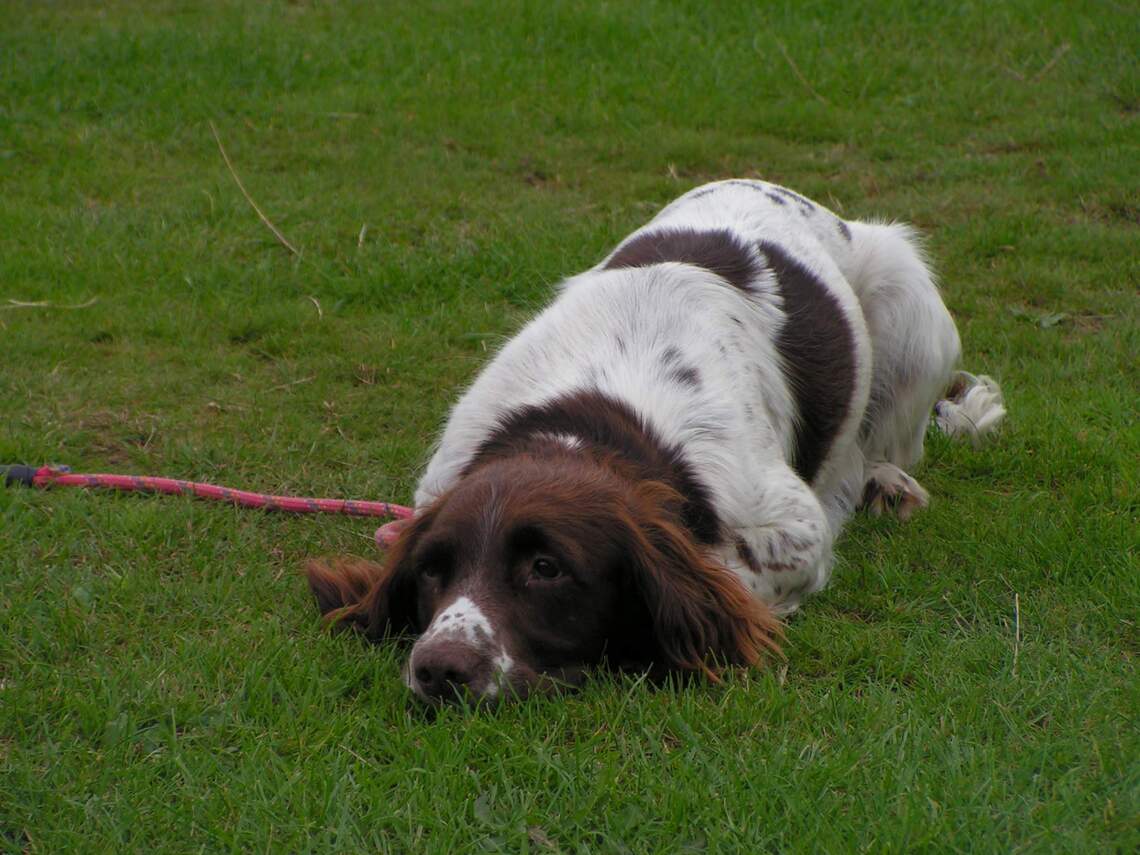 Is it my turn yet? 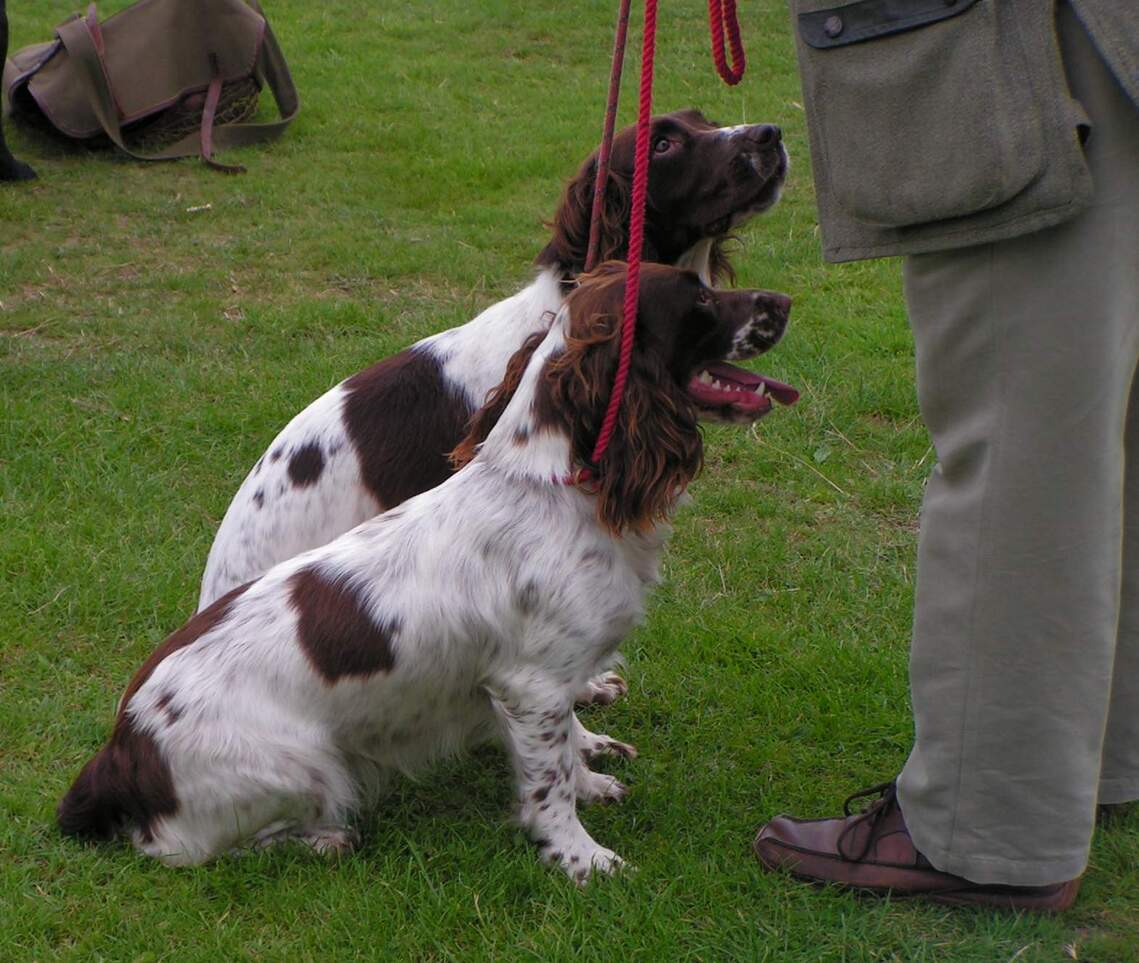 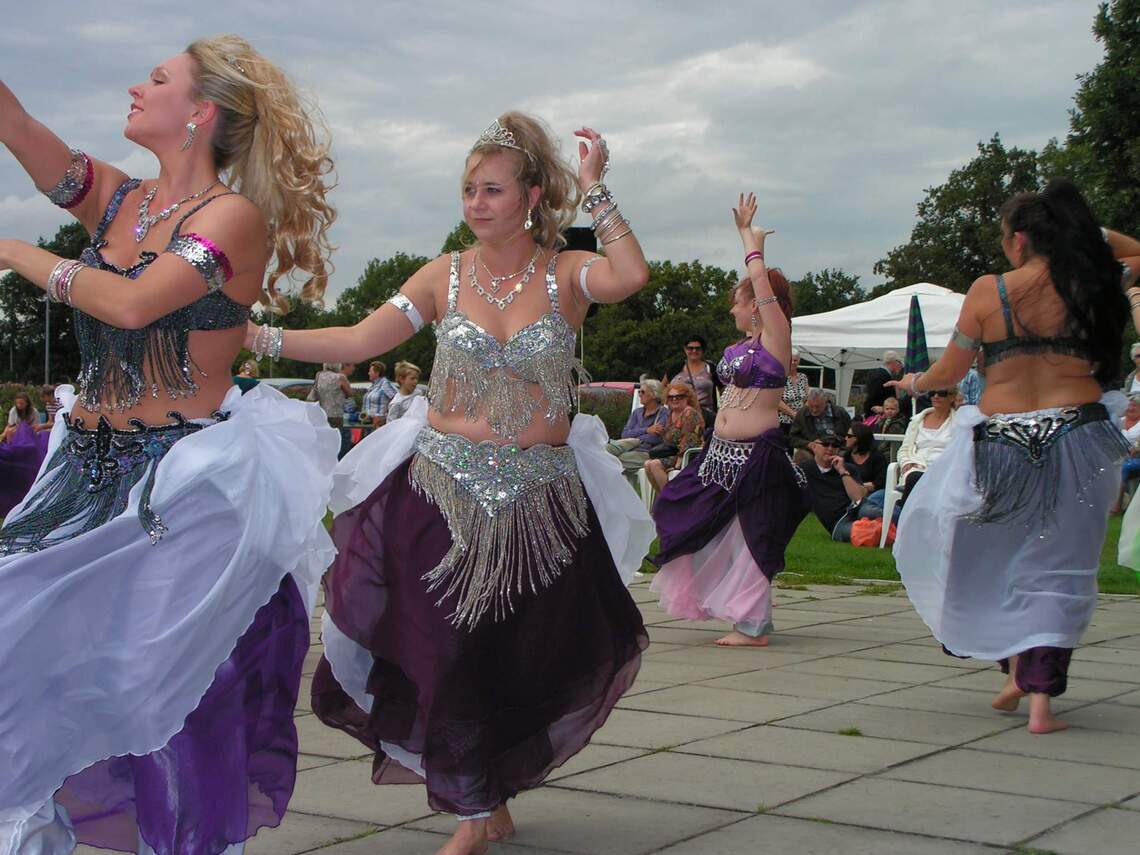 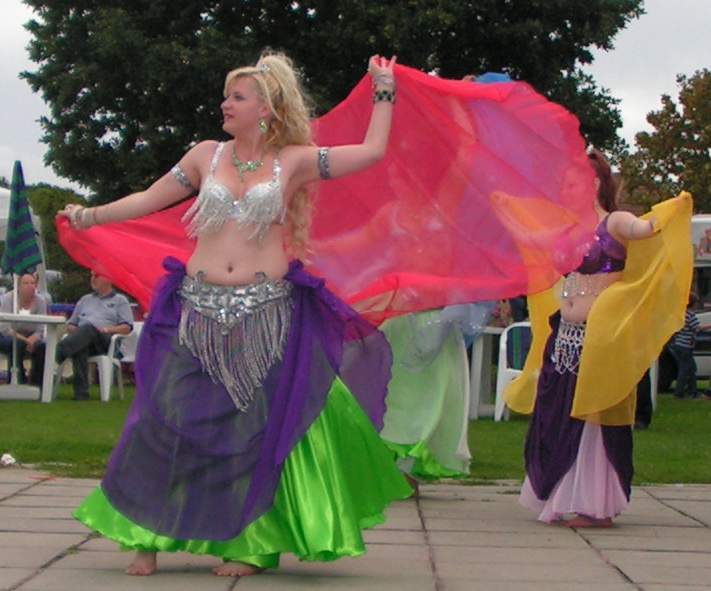 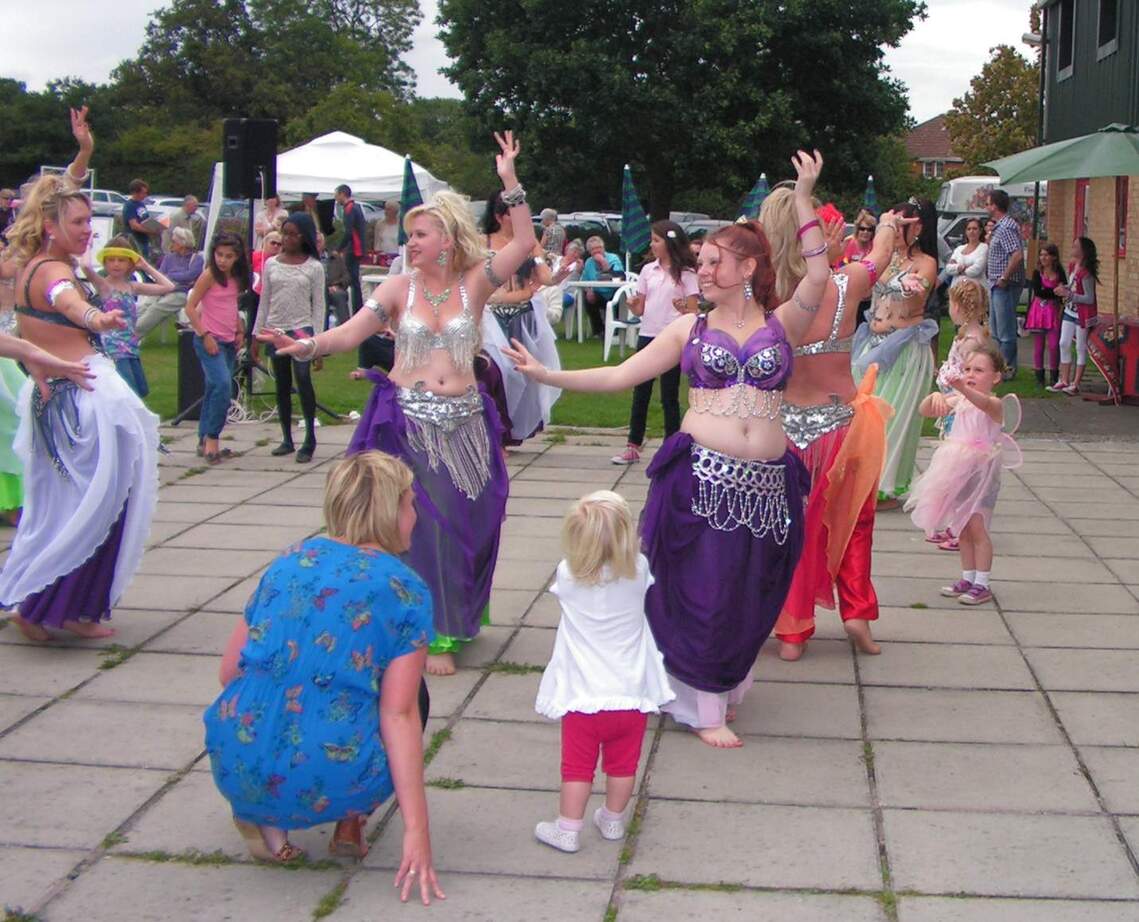 The audience joins in 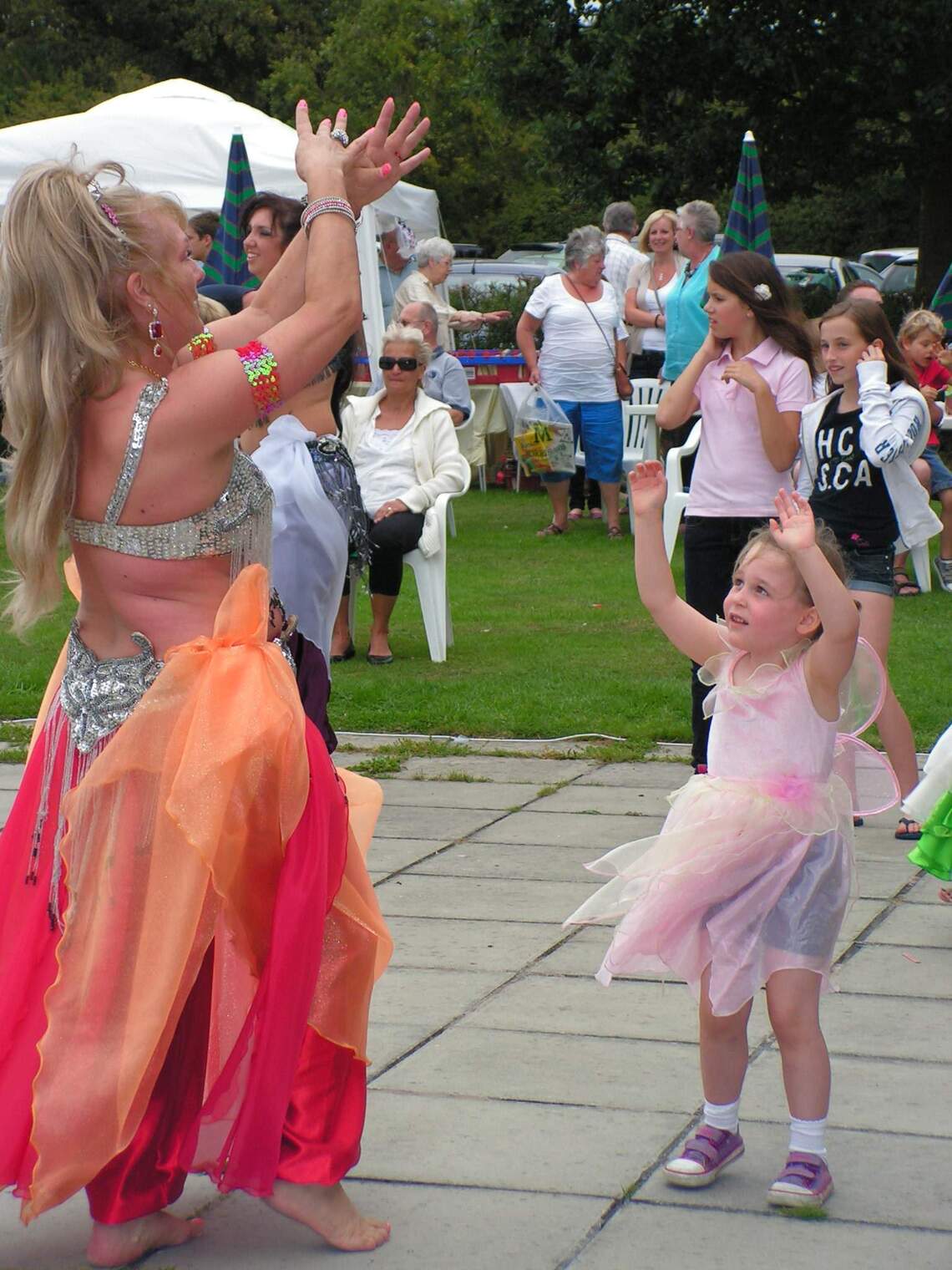 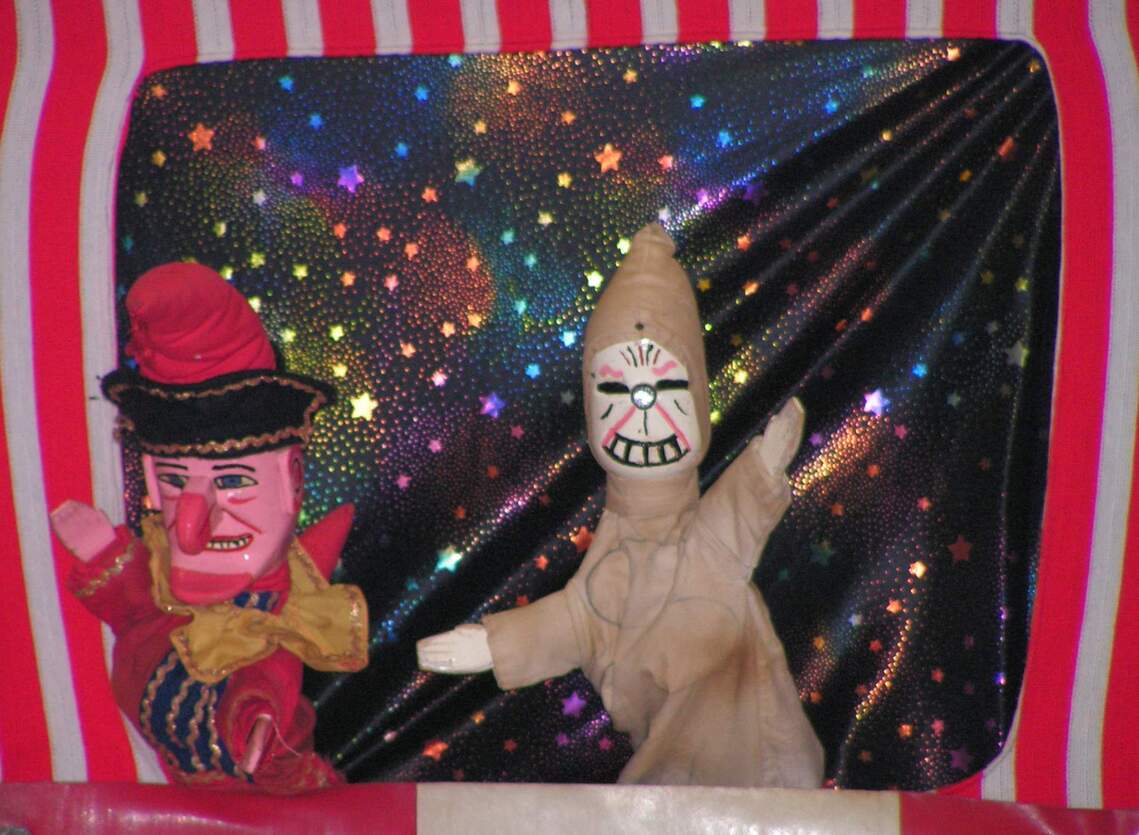 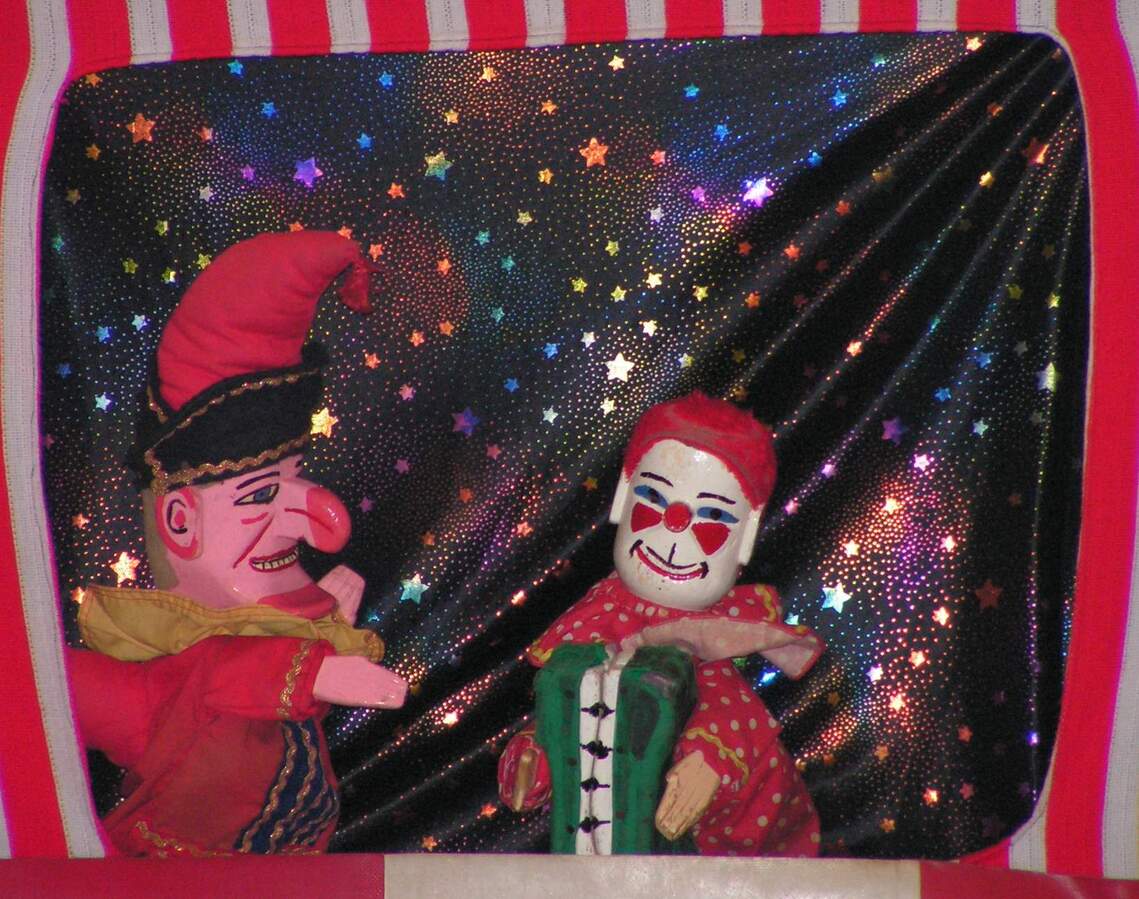 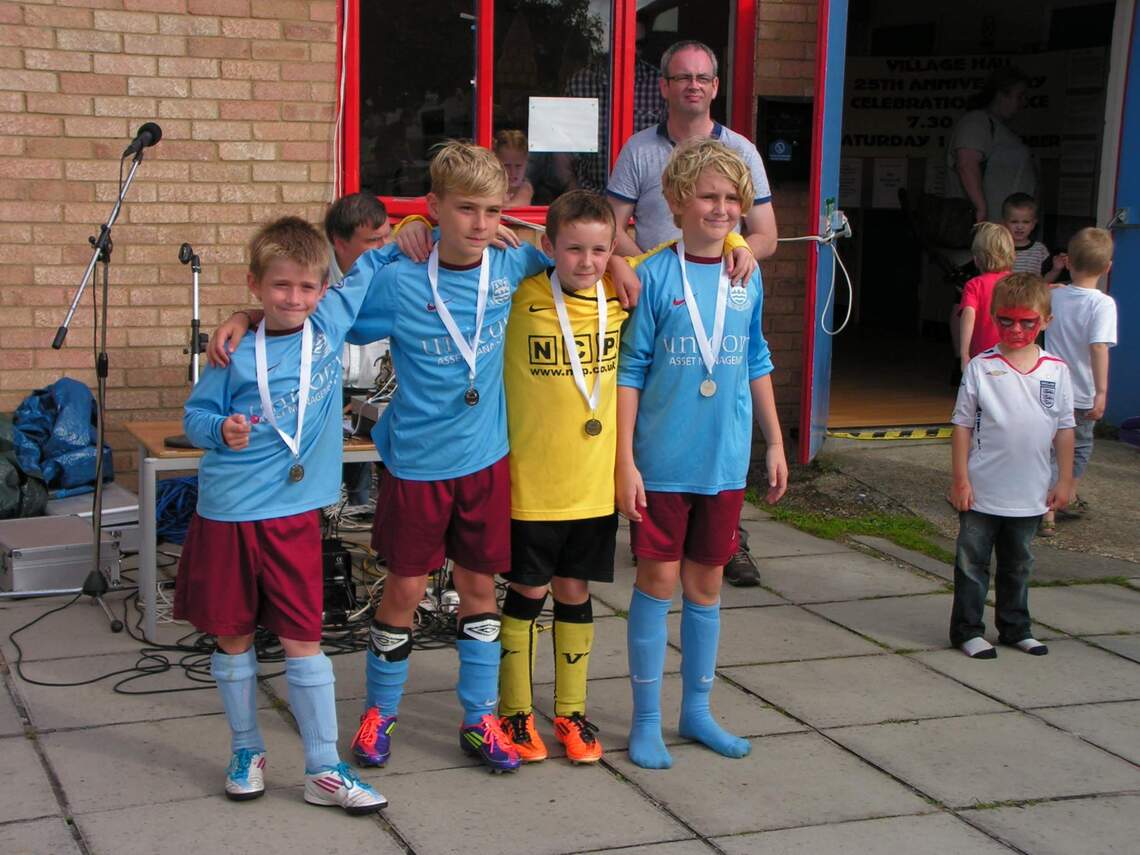 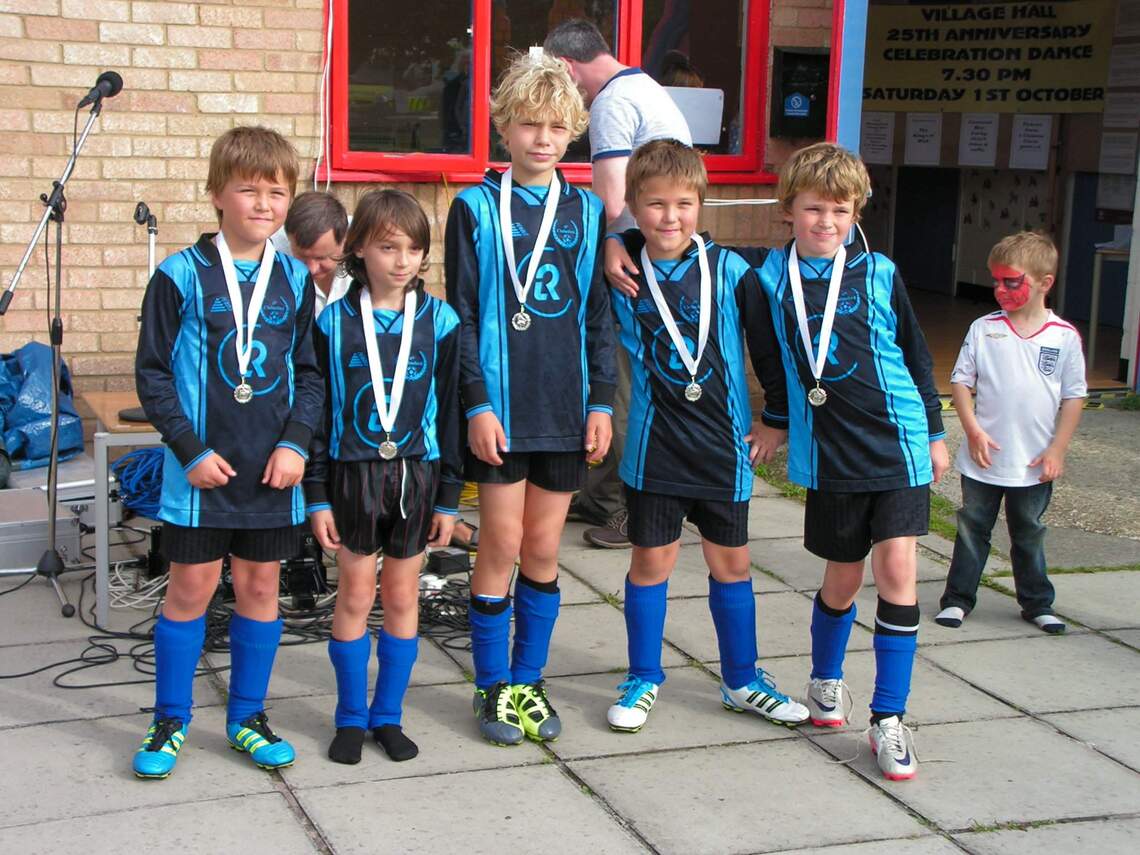 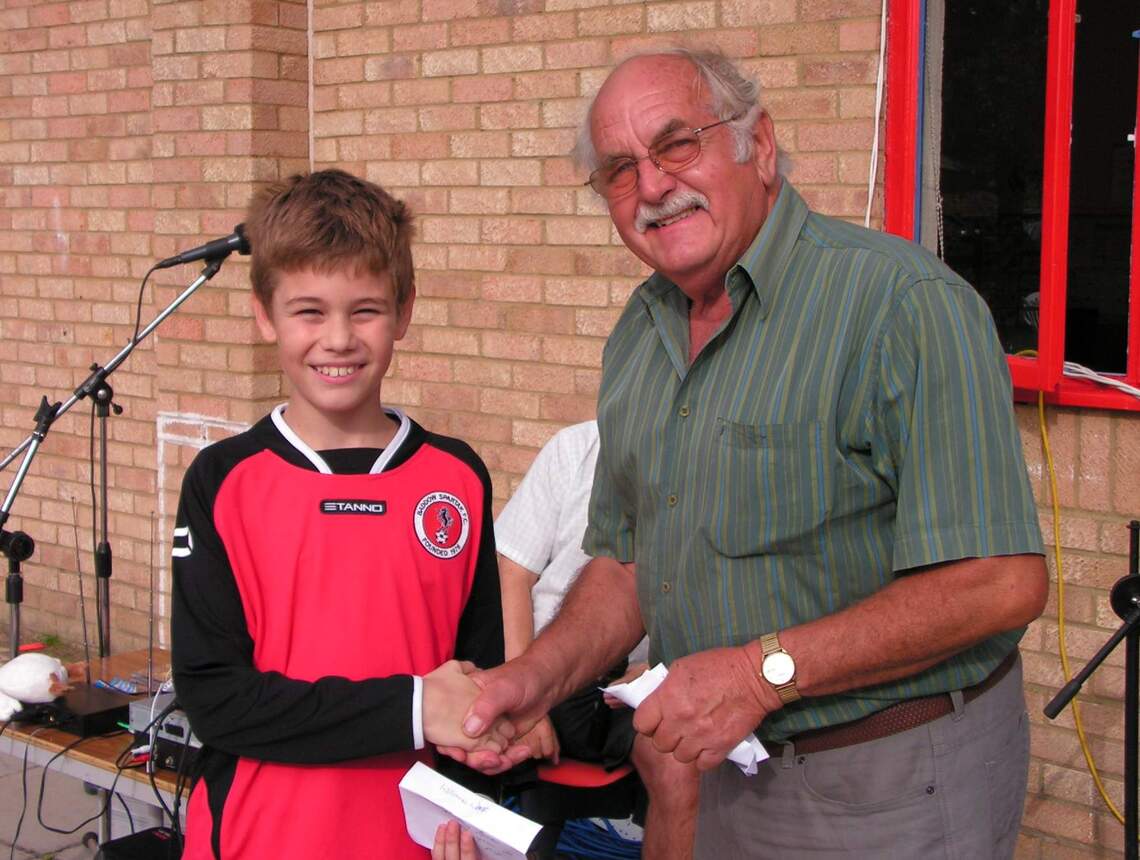 David gives the prize for the best miniature garden.

Even fairies get hungry, and the hotdogs are very good! 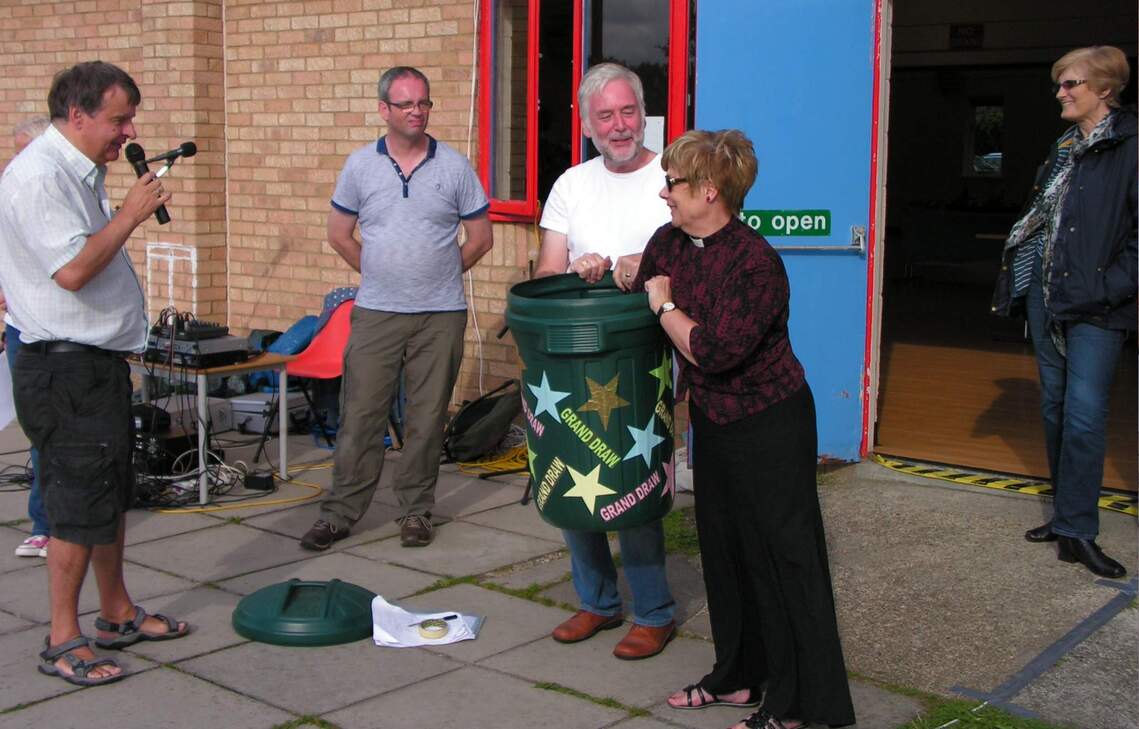 Revd Pam picks the first ticket for the Grand Draw. 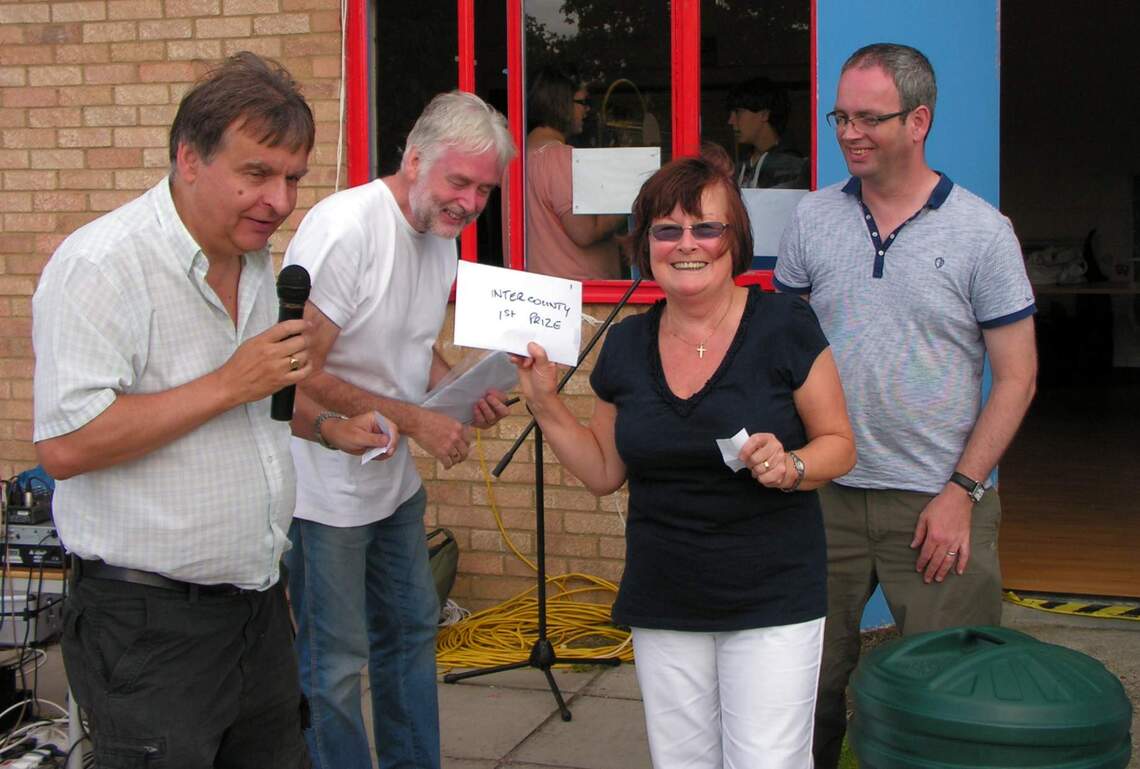 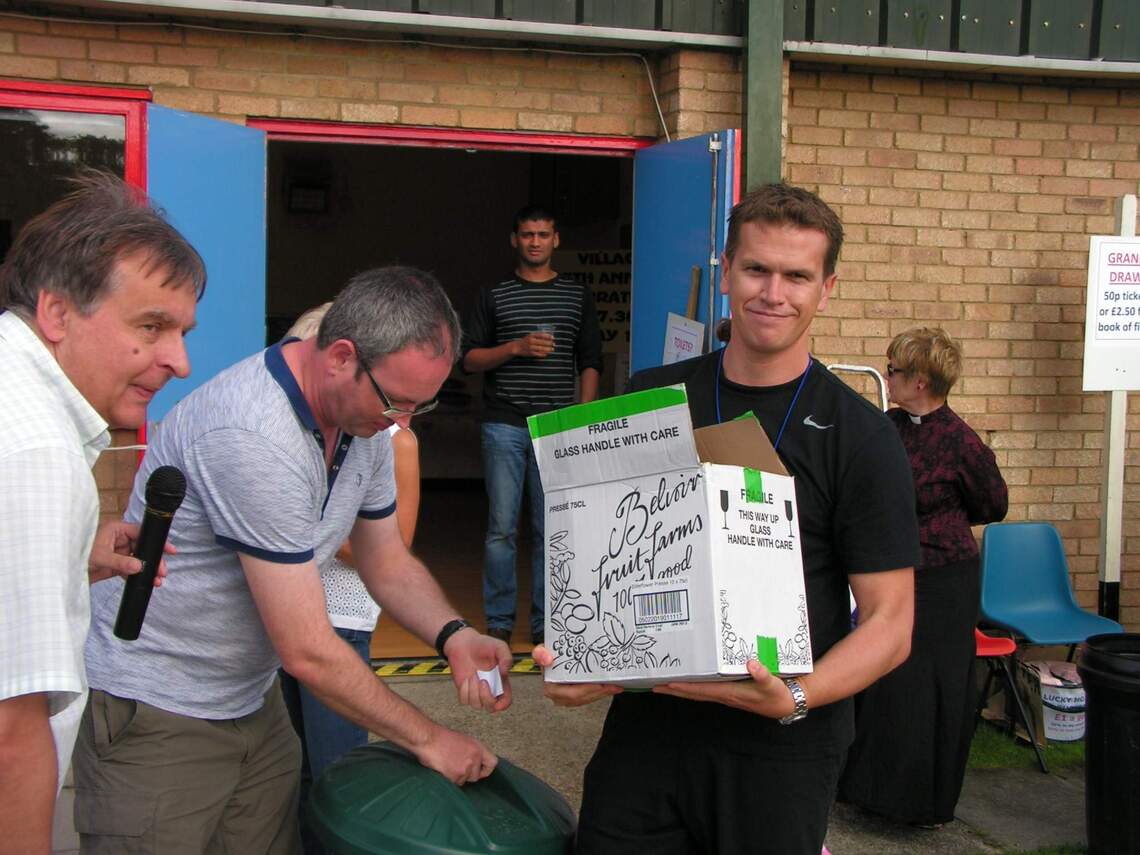 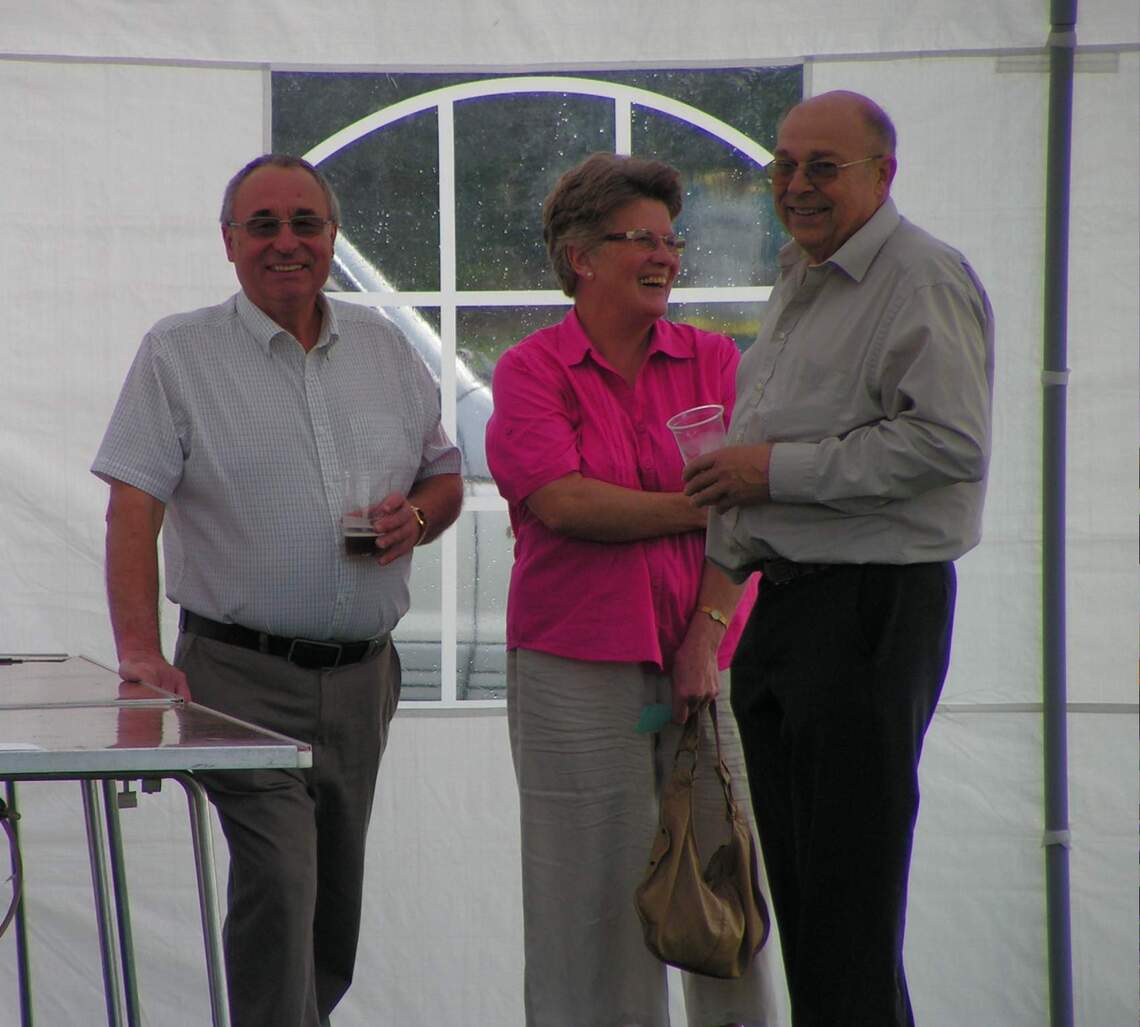 The winner of the Andon Scouts Kick-a-ball competition 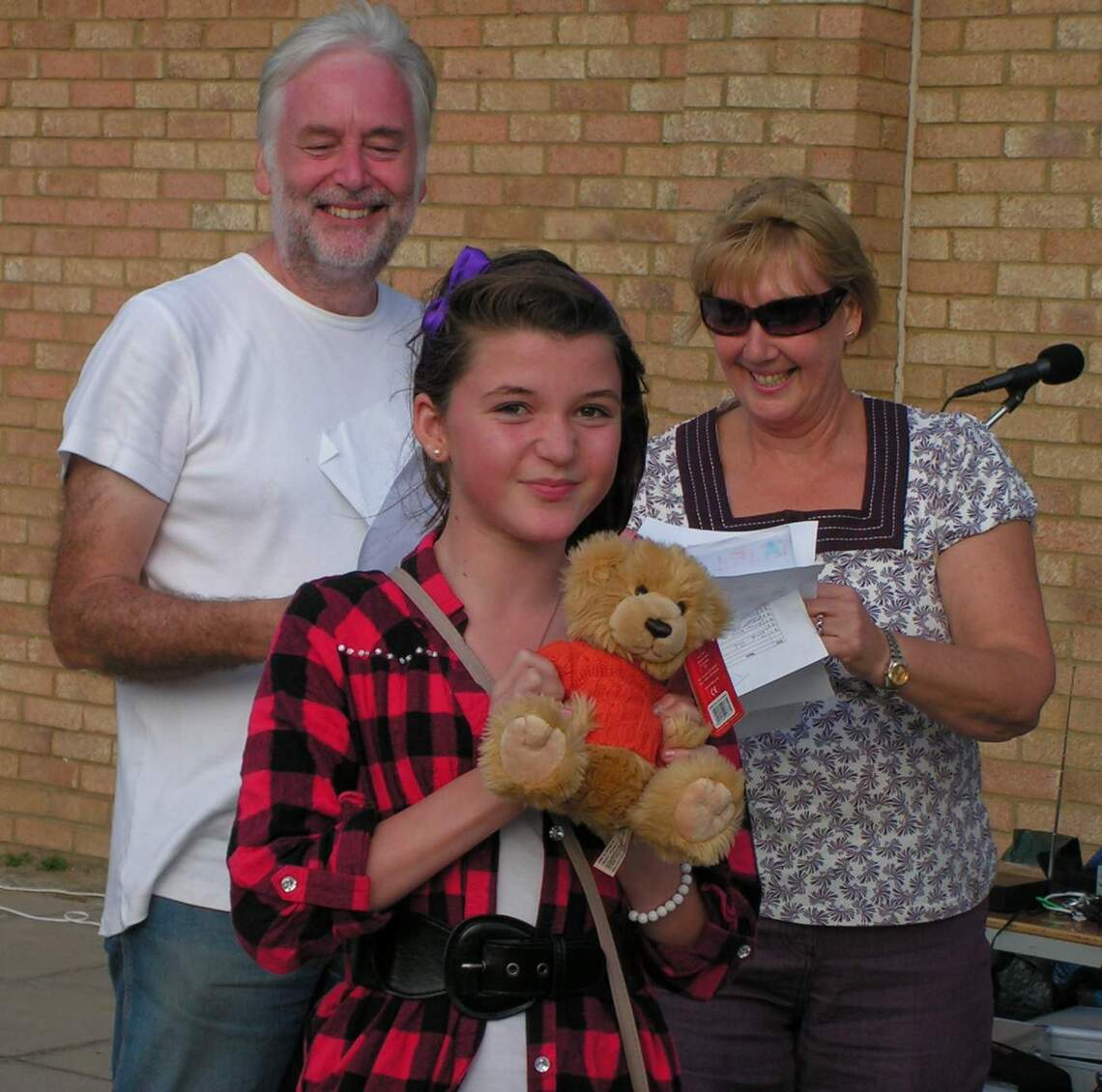 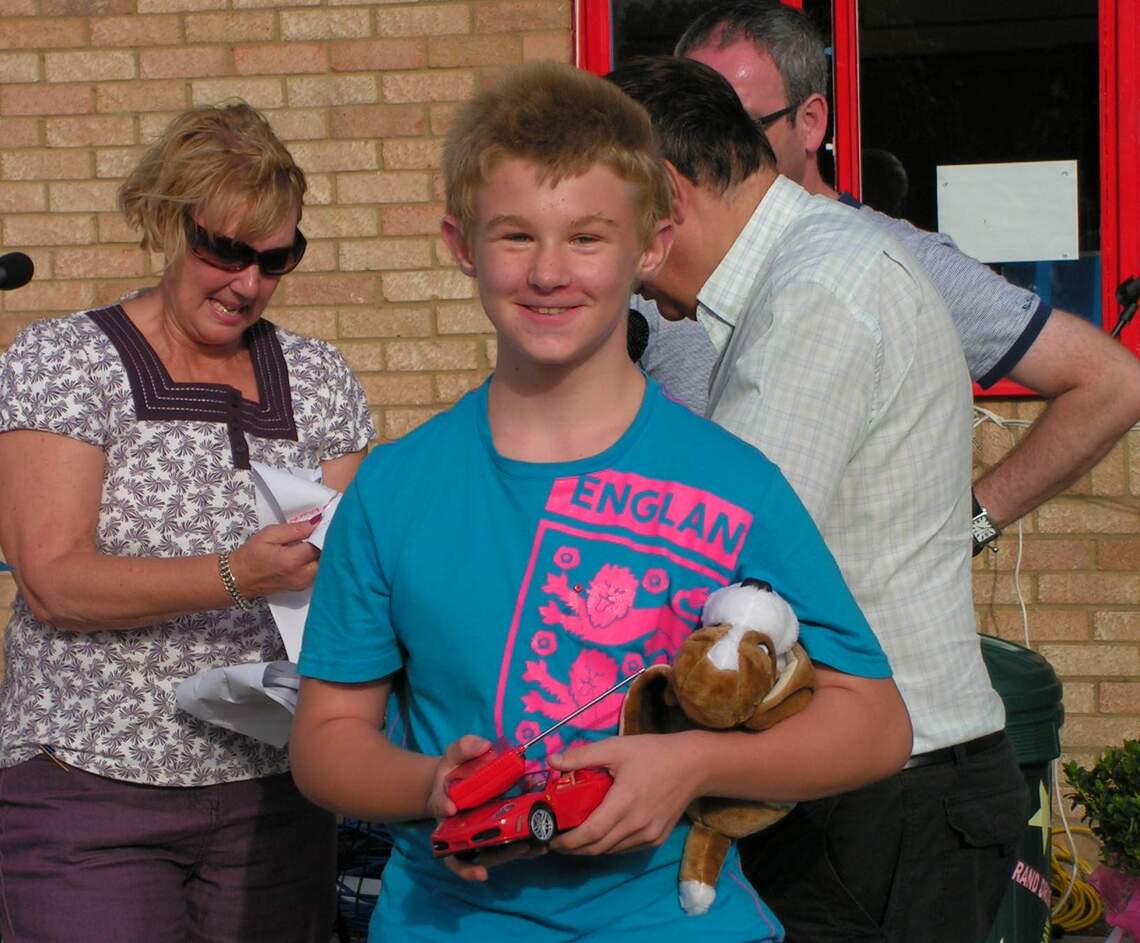 The winner of the Guess the Car Reg Competition

Hanna's Field Charity and All Saints' Church wish to gratefully acknowledge the support and generosity of Martyn Gard and J Gard & Sons Ltd, and D. Chennells(Farmers & Growers with Storage & Workshops To-Let) as event sponsors, but also the help and support of the following wonderful people in also providing sponsorship and prizes:

Carol Phillips and Intercounty Estate Agents for the first prize in the Grand Draw. Barry Hearn and Match Sport Ltd for help with the 5-a-side tournament, Paul Edwards and Chelmer Site Investigations & Hanningfield Utilities for sponsorship.  The RHS and Hyde Hall Gardens.  Andrew Miller at Communicate Ltd, Ash at The Royal Tiger Restaurant, Phil Meacham at the Chelmsford Dance Centre, John and Ben at East Hanningfield Motors, Kelly Turkeys and Ash at the Village Shop.

For the entertainment we would like to thank Les Draper for his gundogs, Karima and her Belly Dancers and the All Saints' Church Dancers.

For the 5-a-side Football Tournament, we would like to thank the teams from our Local Schools and Cub Scout Packs.

Lastly thanks to all the many other helpers without whom the Fete would not happen.

The Bar provided by Mike Harris and family.

The many local people who provided and/or ran stalls, who helped set up and who helped tidy up at the end.