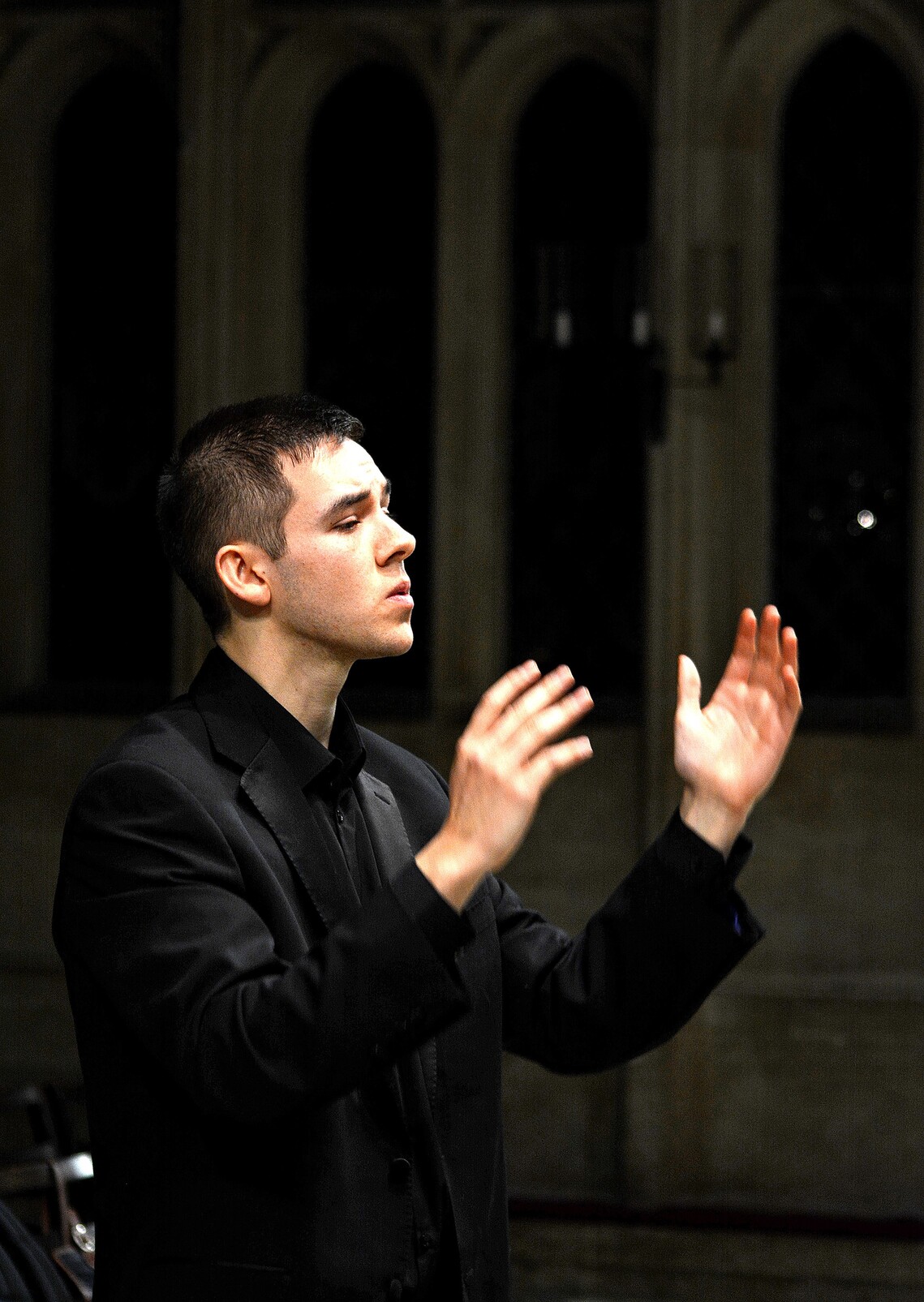 Seb Gillot has been our Musical Director since his debut with Cantanti Camerati at our Golden Anniversary Concert at St Anne’s Church Kew Green, on Saturday 16th June 2018.

Born in London, Seb is a freelance organist, harpsichordist and conductor. A prize-winning Fellow of the Royal College of Organists, he has given solo recitals at the cathedrals of St Paul’s, Westminster and Coventry, as well as at the Three Choirs Festival. He is continually in demand as a continuo player and early keyboard specialist, playing with groups including The Hanover Band and Eboracum Baroque. He is a founding member of Endelienta Baroque, an ensemble dedicated to performances of a wide variety of often lesser-known Baroque repertoire, often collaborating with other ensembles and guest musicians.

As well as being the Musical Director of Cantanti Camerati of Richmond, he is the Organist of St Cuthbert’s, Philbeach Gardens, where he is also the Project Manager of the Organ Restoration Appeal, established to restore the church’s magnificent Hunter organ. He is also accompanist of Kingston Orpheus Choir.  When not at a keyboard or in front of a choir, he retreats to the great outdoors whenever the opportunity arises!